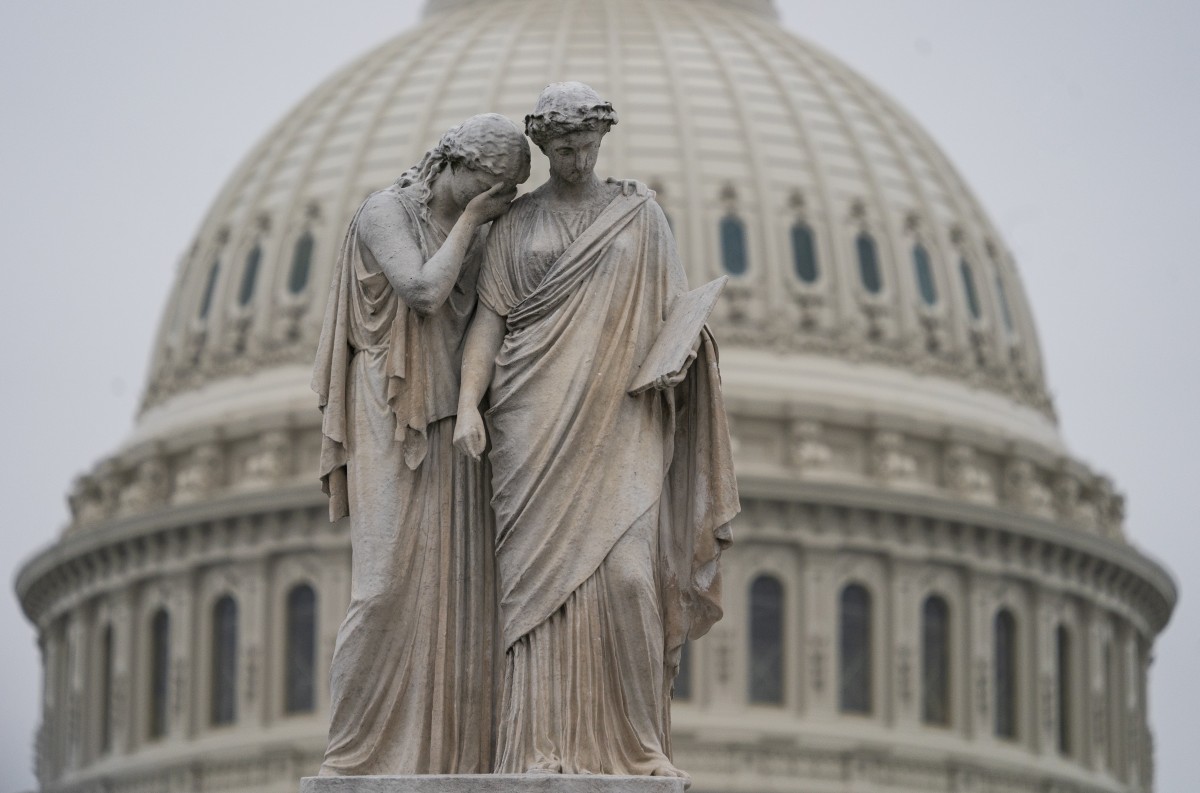 This is a developing story and may be updated as more information is available.

Congressional members around the Ohio Valley offered mixed reactions to the U.S. airstrike that killed one of Iran’s top military officers and pushed the two countries closer to war.

However, some Democrats were sharply critical, and a few within Trump’s own party voiced concerns about the administration’s strategy, and urged the president to seek Congressional approval before sending the nation to war.

“Iran’s master terrorist is dead,” Senate Majority Leader Mitch McConnell of Kentucky said of Soleimani in remarks from the Senate floor Friday. “He personally oversaw the state terrorism Iran used to kill our sons and daughters.”

McConnell said the Trump administration will be briefing staff and that a classified Senate briefing was being arranged for the coming week.

Rep. Andy Barr, a Republican who represents Kentucky’s 6th District, said via Twitter that the strike was “a massive victory for our Armed Forces,” and 1st District Republican Rep. James Comer said in a statement that he applauds the “courageous action in taking out a brutal terrorist.”

However, some other Kentucky Republicans voiced concern about a rush to war.

Kentucky Republican Sen. Rand Paul, who is often a wary outlier within his party on questions of military use, cautioned against a rush to war without Congressional approval.

“A war without a Congressional declaration is a recipe for feckless intermittent eruptions of violence w/ no clear mission for our soldiers,” Paul wrote in a series of statements on Twitter. “Our young men and women in the armed services deserve better.”

Paul said that Soleimani was “an evil man” who ordered the killing of Americans, but said that is not the main question.

“The question today is whether the assassination of Soleimani will expand the war to endanger the lives of every American soldier or diplomat in the Middle East?” he said.

Rep. Thomas Massie of Kentucky’s 4th District said via Twitter Friday morning that “War propaganda is a powerful drug and so readily available right now.” In an earlier tweet before the airstrike, Massie said, “We need to get out of the wars in the Middle East…not start another one.”

Kentucky’s lone Congressional Democrat, 3rd District Rep. John Yarmuth, said he was “deeply concerned by President Trump’s rapid escalation of hostilities with Iran and the lack of any discernible concern for the consequences.”

Yarmuth questioned why there was no support from U.S. allies, no apparent strategy, and no input from Congress.

“The Trump administration must come before Congress to provide an explanation of what has happened thus far, what they believe might warrant further military action, and why they have brought us to the precipice of yet another deadly, open-ended war in the Middle East,” he said.

Ohio Democratic Sen. Sherrod Brown was sharply critical of the Trump administration for its “apparent lack of coordination” before ordering the strike in Iraq.

“We can’t let this Administration’s chaotic foreign policy lead to another war in the Middle East,” Brown said. “The U.S. must do all it can with our allies to de-escalate the situation.”

Brown said the highest priority is to keep Americans out of harm’s way and prevent further escalation.

“With increased tensions in the region, and the likelihood that Iran will respond in some way to this strike, the Administration must immediately brief Congress on last night’s strike, its apparent lack of coordination with Iraq’s government and any plans it has made to keep Americans safe,” Brown said.

Republican Sen. Rob Portman said via Twitter that he is monitoring the situation in Iraq and looking forward to a full briefing by the administration. He said Soleimani has been responsible for the deaths of many Americans and that “Iranian aggression must not go unchecked.”

Portman serves on both the Senate Foreign Relations and Homeland Security Committees.

Republican Rep. Bill Johnson from Ohio’s 6th District said in a statement that Soleimani’s death is “welcome news to all who oppose the Iranian regime’s unchecked aggression in the Middle East.”

West Virginia Republican Sen. Shelley Moore Capito said in a statement that Soleimani has been “a leader of the world’s greatest state sponsor of terrorism.

“There is no question that Soleimani is responsible for the murders of many Americans, and he was actively plotting to kill more,” she said, and blamed Iran for sponsoring the recent attack on the U.S. embassy in Iraq. “Yesterday’s action demonstrated that Iranian terrorism will not be tolerated,” she said.

West Virginia Democratic Sen. Joe Manchin said in a statement that Soleimani was “a terrorist who did not value human life” and that he was a “persistent threat to American troops and regional stability.”

However, Manchin added, the Trump administration should fully inform Congress of the circumstances that justified the military action, and of the plans going forward.

“Congress cannot be left in the dark on operations of this magnitude, and the Administration must brief Congress on what imminent threat made it necessary to take him out now,” Manchin said. “I urge Administration officials to brief all members of Congress so we may better understand the circumstances surrounding the strike, potential retaliation scenarios, and the US government’s next steps in deescalating conflict in the region, both militarily and diplomatically.”

Manchin serves on the Senate’s Armed Services Committee where he is ranking member of the Cybersecurity Subcommittee. As the sole remaining Congressional Democrat in a very red state, Manchin has a pattern of defecting from Democrats to support Trump on some issues. For example, he was among a half-dozen Democrats to cross party lines to confirm Trump’s nominee Mike Pompeo as Secretary of State.

Rep. David McKinley of West Virginia’s 1st District said in a statement that “President Trump responded appropriately by striking the leader orchestrating the attacks,” on the U.S. embassy in Baghdad.