This article was originally published by the Ohio Valley Resource.

A Congressional panel heard testimony and had some sharp questions Thursday about the epidemic of black lung disease among Appalachian miners. Labor leaders are calling on federal regulators to strengthen protections for miners and several lawmakers wanted to know why the country’s top mine safety agency is not doing more in response to the dramatic increase in the preventable but deadly disease.

Progressive massive fibrosis, the most severe form of black lung disease, now afflicts roughly 2,500 miners, depriving them the ability to work, play and complete simple tasks, like walking to get the mail. A 2018 investigation from NPR, PBS Frontline and the ReSource found that far more miners had PMF than had been recognized in government reports, and that those cases were concentrated in central Appalachia.

A growing body of research indicates silica dust exposure contributes to the sharp rise in cases of black lung disease, which now afflicts as many as one in five experienced central Appalachian coal miners. Silica dust can be 20 times as harmful as coal dust alone, and the quartz-rich rock that produces it is common in central Appalachian mines. But federal regulators have resisted regulating silica dust exposure.

Thursday’s hearing focused on how regulators have limited exposure to toxic silica dust, which is prevalent in the rock surrounding central Appalachian coal seams and which researchers believe is driving the dramatic rise in black lung disease.

Speaking to a workforce protection subcommittee of the House Education and Labor Committee, disabled West Virginia miner Gary Hairston recounted working in dust so heavy he could barely see. “I can’t play with my grandkid,” Hairston said. “I never thought at 48 I’d be unable to support my family.”

United Mine Workers of America president Cecil Roberts criticized the federal Mine Safety and Health Administration, or MSHA, for its reliance on companies to report dust levels. Roberts compared that to asking drivers to call the police and report their own speeding. He also urged legislators to require MSHA to issue an emergency temporary standard, which would allow the regulatory agency to enforce stricter silica monitoring standards before potentially decades-long research has been completed.

MSHA chief David Zatezalo, a former mining company executive, has given conflicting answers to NPR and Ohio Valley ReSource reporters when questioned about the effects of silica dust exposure.

In Thursday’s testimony, Zatezelo told the subcommittee he does believe silica dust contributes to the surge in black lung cases. He championed his agency’s 99-percent compliance rate with existing standards. But he still faced tough questions over MSHA’s reluctance to strengthen  those standards to a level similar to that enforced by another workforce protection agency, the Occupational Safety and Health Administration.

“Due to the decades-long latency period between exposure and disease manifestation, a medically valid study cannot be completed in the near term,” Zatezelo said. “But MSHA anticipates the study will confirm that dramatic increases in sampling and compliance translate into reduced black lung incidence going forward.”

In what was hailed as a long-overdue change, MSHA in 2014 implemented a rule further limiting coal dust exposure, but that rule did not specifically target silica. Under the rule, when a mine exceeds coal dust or silica limits, it is placed on a reduced standard for coal dust, but not silica. Regulators say silica is difficult and expensive to monitor, so coal dust is used as a proxy for silica exposure. But the 2018 NPR investigation found thousands of instances where lowering coal dust standards overall did not bring silica dust to a safe level.

Robert Cohen, the director of the Mining Education and Research Center at the University of Illinois at Chicago, said miners who died recently were more than twice as likely to show signs of disease from silica, as opposed to disease from coal dust alone. He echoed Roberts’ call for stricter silica standards in line with those currently applicable to construction workers and workers in industries other than mining.

“Those regulations are stricter, they call for a lower level of silica dust to be the permissible limit, and I think that’s something we should really strongly consider,” Cohen said.

After initially promising to support the fund, Senate Majority Leader Mitch McConnell of Kentucky allowed the tax on coal companies that supported the trust fund to lapse to a lower level at the end of last year. That lower tax rate on the industry will likely push the trust fund further into debt.

Brown Barnes said that if that industry tax is not restored to its pre-2019 level or higher, the fund may not have enough money to make payments to disabled miners by 2020 and will have to begin using taxpayer money.

“By 2050, our simulation shows that outstanding debt could reach $15 billion,” Brown Barnes reported.

As the black lung epidemic worsens, more miners and their families will likely rely on the trust fund. 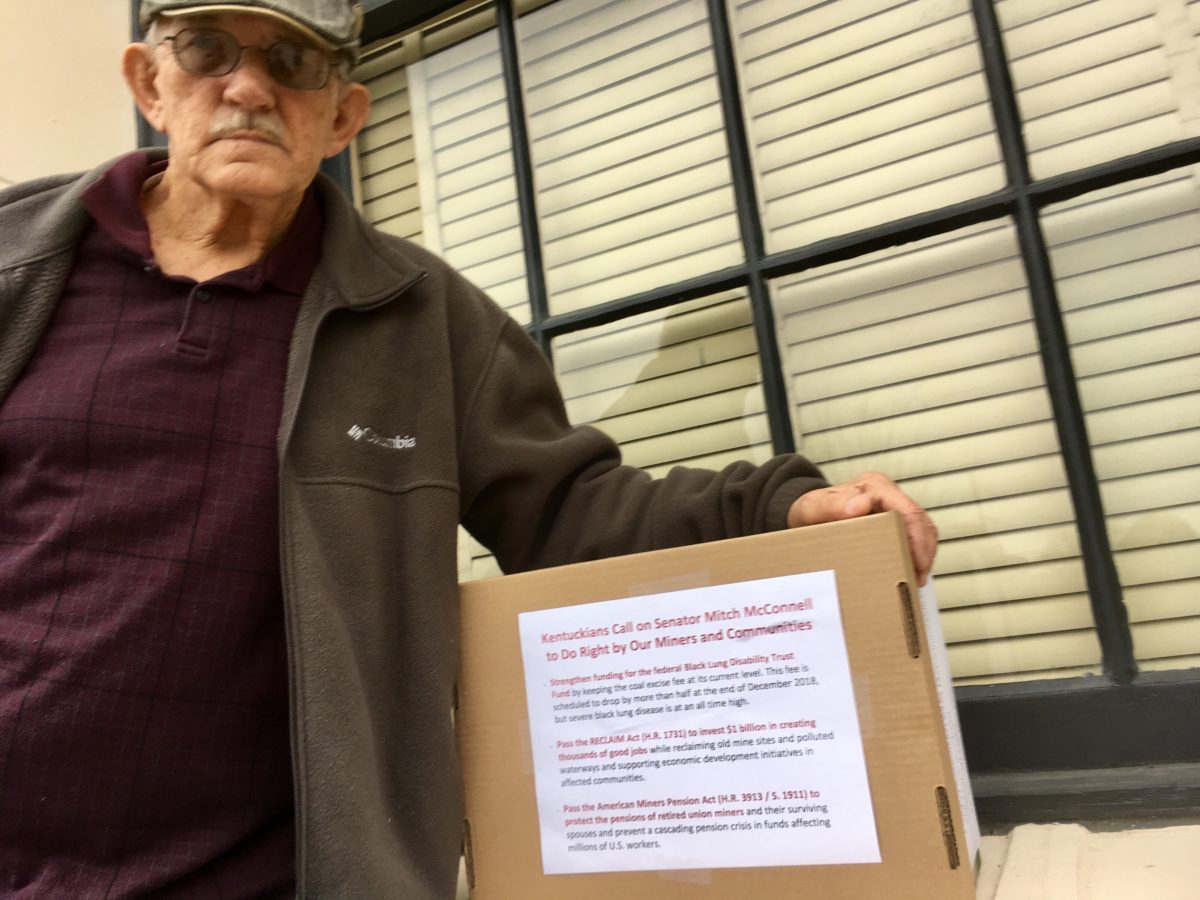 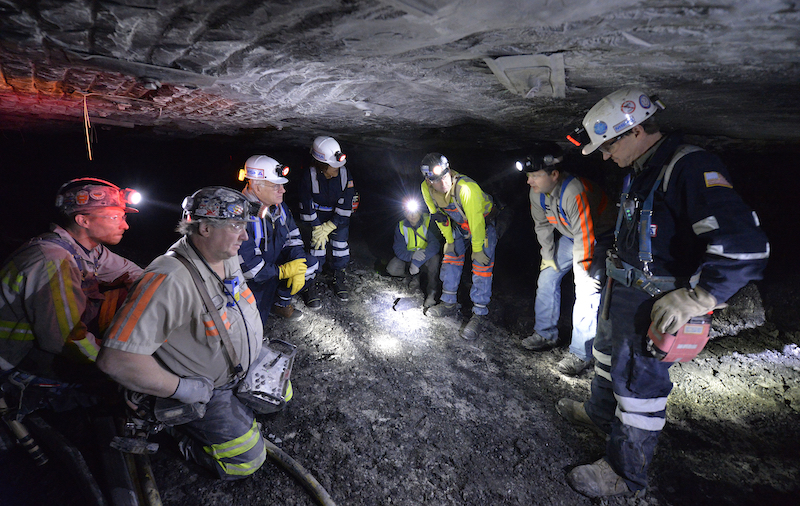 This article was originally published by Ohio Valley ReSource. The comment period has closed for the Mine Safety…
bySydney Boles
1 share
1
0
0 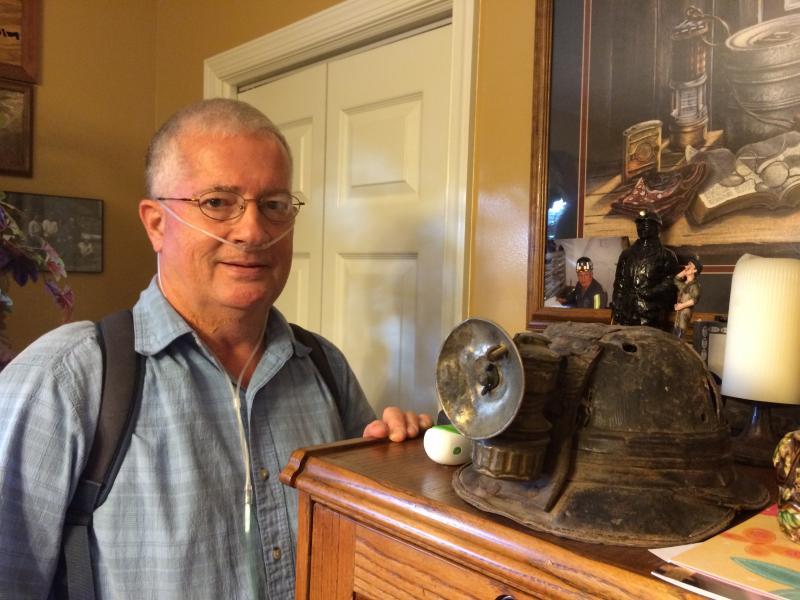 Robert Bailey was a coal miner for 36 years. He began working in McDowell County, and after it…
byJessica Lilly