byJan Pytalski
4 minute read
Chart of average age-adjusted number of annual deaths per 100,000 due to cancer from 1997 to 2007 showing that nearly all counties with mountaintop removal mining are above the national average. Graphic courtesy Appalachian Voices
Total
0
Shares
0
0
0

In a move officials say is meant to “ensure the proper and responsible allocation of taxpayers’ money,” a forthcoming study on the public health impacts of mountaintop removal mining titled, “Potential Human Health Effects of Surface Coal Mining Operations in Central Appalachia” was cancelled in August, leaving behind an unaccounted for $400,000 of remaining funding.

The study is supposedly pending a departmental review of projects costing more than $100,000.

This move comes in spite of the fact that similar studies by other agencies investigating different aspects and risks involved with mountaintop removal mining have consistently produced findings that support more — not less — intense scrutiny of the health risks facing inhabitants of Appalachia.

The study, conducted under the auspices of the National Academy of Sciences, Engineering and Medicine, and canceled by the Office of Surface Mining Reclamation and Enforcement (OSMRE), had a budget of $1,000,000 and focused on four states in Central Appalachia: Tennessee, West Virginia, Virginia, and Kentucky. It would have helped identify consequences from surface coal mining operations on air and water quality and their potential for short-term and long-term human health effects.

According to Rep. Grijalva’s letter, no other studies have been halted as a result of budget review by the Department of Interior of grants over $100,000. Arizona’s Representative expressed concern that the reasons behind the research’s cancellation might be driven by ideology and not fiscal responsibility.

“It increasingly appears as if DOI ended the study because of fears that it would conclusively show that mountaintop removal (MTR) coal mining is a serious threat to the health of people living in Appalachia. Cutting off funding for a scientific study because it will likely produce uncomfortable results for powerful Administration allies is unconscionable, especially when these political games are affecting public health. Sadly, as we have seen so far this year, this Administration routinely suppresses science that doesn’t agree with its ideology.”

In his letter, Rep. Grijalva recalls a joint call for the reinstitution of the study with Representatives Frank Pallone (D–N.J.), ranking member of the House Committee on Energy and Commerce, John Yarmuth (D–KY.), ranking member of the Committee on Budget, Don Beyer (D–VA.) and Donald McEachin (D–VA.). The was letter sent by the Representatives one week after the August 18 decision to halt the study. As of press time it remains unanswered.

“Sadly, this Administration continues to perpetrate one of the cruelest deceptions in politics today, telling the people of Appalachia that coal jobs are coming back, all while far too many Americans get sick and die from the dangerous consequences of mountaintop removal,” commented Representative John Yarmuth of Kentucky’s 3rd District. He declared he plans to continue to push for the legislation he introduced with Representative Louise Slaughter of New York’s 25th District. The Appalachian Community Health Emergency Act (ACHEA) would “place a moratorium on all new mountaintop coal removal mining permits while federal officials examine health consequences to surrounding communities.”

The National Academy of Sciences, Engineering and Medicine remains in the dark regarding the future of the halted research as well. The Academy’s Media Officer, Riya V. Anandwala, informed 100 Days in Appalachia that there are no significant updates regarding the study, as review is still under way. According to Anandwala, no official timeline was presented to the Academy and no advanced warning was dispatched. She is also unaware of any other studies halted for the same reasons.

“OSMRE sent us the letter on August 18 and informed us of the upcoming review,” she said in a phone interview. “The National Academy of Sciences, Engineering and Medicine still believes it is an important study and researchers working on the project are ready to continue their work as soon as the review is over,” she added.

Interior’s Deputy Press Secretary, Alex Hinson, explained in an email that the review is meant to ensure the proper and responsible allocation of taxpayers’ money. Although Hinson stated that “in April the Department began reviewing grants and cooperative partnerships that exceed $100,000,” he failed to provide any studies that are undergoing similar review. Hinson declined comment on Rep. Grijalva’s statements, despite repeated requests. To date, questions directed from Rep. Grijalva’s Office concerning the halted study remain unanswered.

Rep. Grijalva argues that since funding for the study has been awarded to the National Academy of Sciences with Fiscal Year 2016 funds from OSMRE, the DOI should be able to account for the money remaining in the grant, as September 30 marked the end of the Fiscal Year 2017. OSMRE is typically given two fiscal years to spend its appropriations, and the agency loses any funds it fails to spend within that timeframe.

The Environmental Protection Agency’s report from 2011 titled “The Effects of Mountaintop Mines and Valley Fills on Aquatic Ecosystems of the Central Appalachian Coalfields” looked at a variety of impacts of MTR on the environment –particularly on water sources in the valley fills. Among these impacts are high concentrations of major chemical ions that remain elevated downstream, high levels of selenium affecting birds and fish, as well as water quality degradation reaching lethal levels for organisms native to those environments.

Asked whether there have been any additional responses to the study being halted, Anandwala said she was not aware of any other calls from Congress or Senate offering support.

100 Days in Appalachia reached out to three additional Representatives—David B. McKinley (R-WV), Alex Mooney (R-WV), and Evan Jenkins (R-WV). Each declined to comment on the halted study.

Jan Pytalski is a Washington, DC correspondent for 100 Days in Appalachia. Jan is a recent transplant to the United States from Poland, where he began his journalism career working for the Reuters news agency in Warsaw. After moving to Washington, he continued working for Reuters as a stringer, helping with the White House coverage under the Trump Administration. Prior to his work as a reporter, Jan spent over a decade working as a translator with publishers and universities in Poland and the United States.

The Melungeon people of east Tennessee were isolated and discriminated against throughout much of their history. They began…
byEric Douglas
11 shares
11
0
0 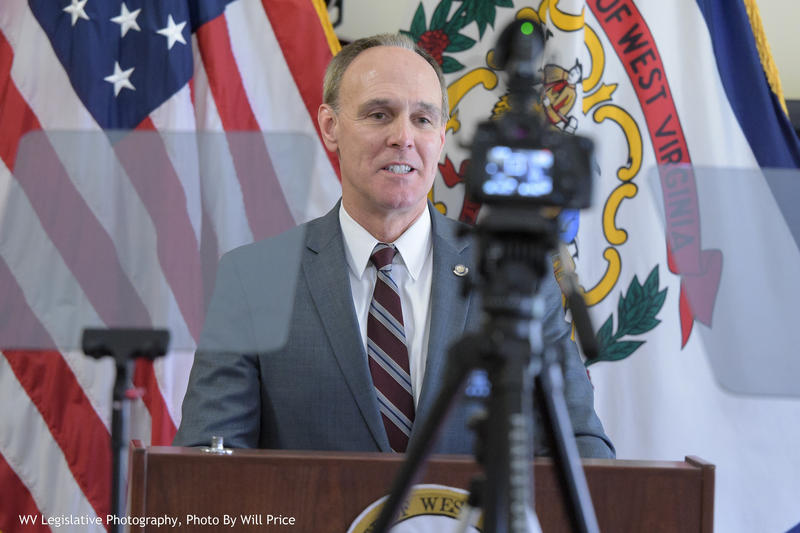 As the 2018 midterm election approaches, some West Virginia Senate Republican leaders are making use of a large…
byDave Mistich