Outside of the United Mine Workers of America Local 1440 in Matewan, five retired coal miners are sitting in a semi-circle to talk politics, coal and the new president.

In the 2016 presidential election, West Virginia voted overwhelmingly for Donald Trump, wooed in part by Trump’s promises to bring back jobs, particularly coal jobs. In the days following the election, there were reports of miners celebrating Trump’s win during a pause from working underground. But not everyone in Appalachia — including some miners — believe coal jobs can be brought back.

Trump’s popularity in Appalachia stands in stark contrast to the blue collar way of life seen in West Virginia’s southern coalfields — at least traditionally. For generations, Democrats tied themselves to the labor movement, including coal miners.

“The party that’s always been for the working class people,” said Bobby May, a third general coal miner. “I’ve been taught this from knee high to now — the Democratic party’s always been more tolerant to working people’s needs and civil rights.”

He points out that there’s a fair amount of differences between him and his fellow miners.

“We’re diversified [in the way we voted], but I — personally, in the primaries — voted for Bernie Sanders. I know the young people love him, but he speaks to their needs — their college tuition and the working people,” May added.

His buddies, all fellow miners from UMWA’s Local 1440, nodded. None of them voted for Trump. In fact, they said the majority of men in their local voted Democrat in both the primary and general election. They acknowledge that this is unusual for coal miners today, but also note that they are all older than many of those still working in the mines. All 800 or so of their local union members are retired.

“We try to make decisions based on facts here,” said Terry Steele, who identifies himself as the resident “tree hugger.”

“They let me say what I want to say here. What other local could you go in and speak up against them?”

Steele is probably the farthest left of the group. The back of his car boasts a sticker reading “If you love the creator respect the creation,” but he said even more conservative members of the union’s local chapter agree that coal is effectively gone from Matewan.

He points in the direction of a nearby Norfolk and Southern railroad track that was torn out a few years ago and then paved over at the railroad crossing.

“You think Obama had them to do that?” asks Steele, a retiree of the bankrupt company Horizon. “That wasn’t Obama that done that! Capitalism done that.”

Union miners from Horizon, like those from Patriot Coal and other bankrupt companies, are at risk of losing their health benefits if Congress doesn’t act by April 30.

Danny White, one of the quieter members of the group, finally chimes in.

“I don’t know where the Republicans get their idea the coal’s going to boom because, when it’s been depleted, it don’t grow back,” White said.

To be sure, there is still coal in southern West Virginia. In Mingo County, specifically, there are two coal beds. The Fire Clay bed has about 86 percent of the original coal left and Pond Creek has about 89 percent, according to the U.S. Geological Survey. But there’s a difference between producible coal and profitable coal. A lot of the easy, lucrative reserves have already been mined.

But Frank Collins, the Local 1440 president, believes no matter how much coal is left, the region’s economy can’t survive forever on just one industry.

Collins makes note of the campaign rhetoric that came from Trump and Democratic nominee Hillary Clinton. He notes a moment when Clinton said she wanted to retrain miners — a soundbite that was often overshadowed in the media when she spoke of putting “coal companies out of business.”

“Everybody got mad over that one and Trump told them what they want to hear so we’ll see. And we’ve not seen anything yet and I’m sure he’ll make a liar out me,” said Collins.

He wishes Trump the best and hopes the new administration “makes a liar” out him for being skeptical of the promise to bring mining jobs back. But, for Collins and other at the Local 1440, it’s not a Democrat or Republican thing in regards to the economy.

“We’ve got to have change, you can’t live in the past,” Collins added.

Many in the coal industry have said Obama’s Environmental Protection Agency regulations are to blame for the loss of coal jobs. Collins and the other miners at the Local 1440 don’t agree.

“They use the rules and regulations as an excuse,” said White.

May, on the other hand, attributes coal’s downturn — at least in part — to low prices of natural gas.

“Let’s face it. They can make more profit out of gas than they can coal miners because that’s so many more coal miners versus just a handful of workers once they sink these wells,” he said.

Collins has a much darker observation of the economic downturn in southern West Virginia’s coalfields.

“They raped our area and left — filed bankruptcy so they wouldn’t have to pay the hospital card or pensions,” said the union’s local chapter president about the companies who once provided good paying jobs with benefits to the area. “They’ll have nothing else to do with area. We’re left here trying to rebuild our community and they’re gone.”

The men at Local 1440 are proud of their community and are trying to diversify the local economy through improving infrastructure and promoting tourism. They point to the Mine Wars Museum and the Hatfield-McCoy trail as pillars of success. Still yet, they recognize an older way of thinking — one that put coal above all else — has brought their community’s economic situation to a head.

“We put our eggs in one basket is bad enough, but the basket had a hole in the bottom of it, too.”

Now, these miners of Matewan are just hoping for economic development that will bring jobs — hopefully good jobs — to Mingo County.

“We would be very acceptable to anybody, anything that would provide jobs to our children, our grandchildren in my case. We hosted a fair and people came in and talked to us about solar, they talked to us about wind and doing studies,” said Jim Simpkins.

But until they have a political champion that will advocate for jobs other than coal, Simpkins and his friends at Local 1440 say Matewan — and the coalfields in general —  will to continue to suffer. 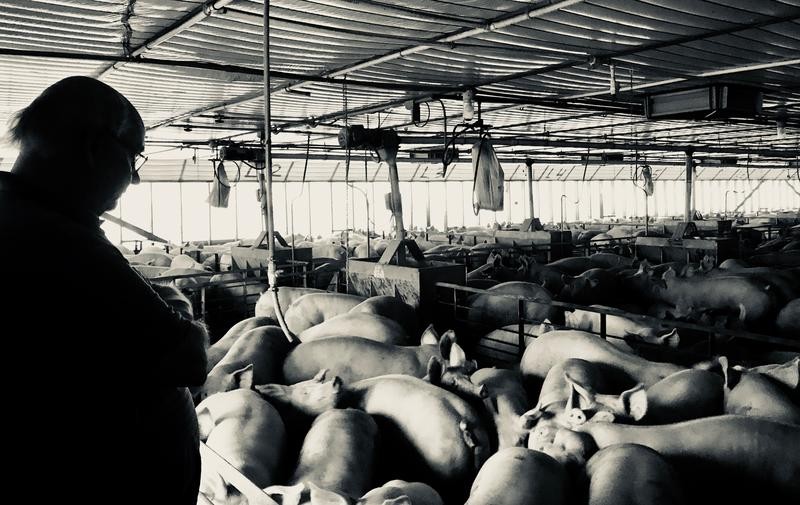 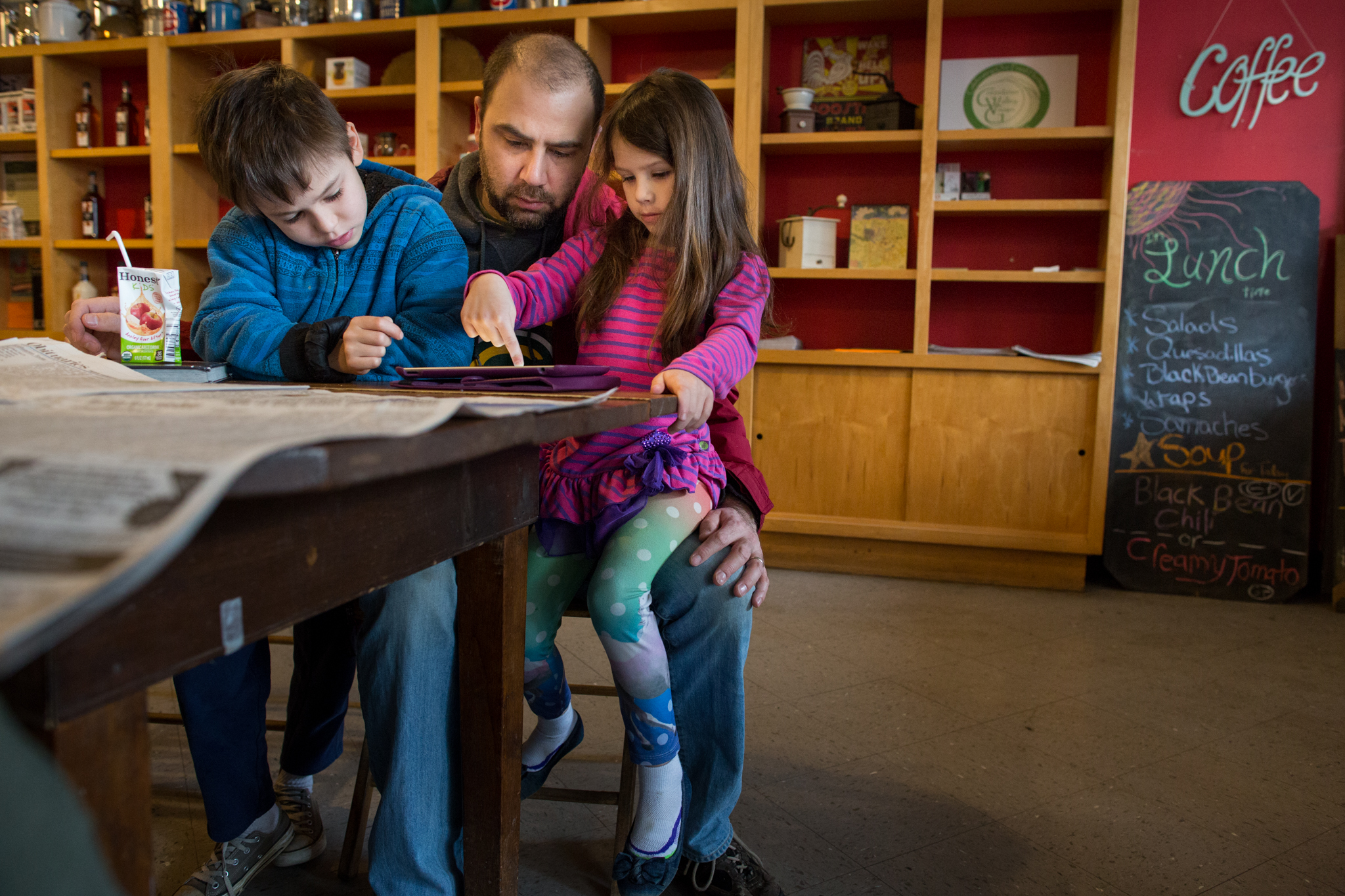 There are lots of people out there that don’t like the direction that we’re heading. — Mike Vincent April…
byJustin Hayhurst