Appalachians are Dying at Higher Rates than Almost Anywhere Else in the Country. Investing in Education Could Change That.

Appalachia is, and has been for decades, lagging behind the rest of the nation in a number of health outcomes. The region struggles with heart disease, diabetes, cancer and much more.

But new research on the rate at which Appalachians are dying has health officials calling for more investments in not just health care but in education and economic development to reverse the trend.

A recent study by the National Center for Health Statistics found that in 2017, four of the five states with the highest death rates in the U.S. lie either partially or fully in Appalachia: Alabama, Kentucky, Mississippi and West Virginia. These four states, and the fifth on the list, Oklahoma, saw people dying at a rate 50 percent higher than the five states with the lowest rates: California, Connecticut, Hawaii, Minnesota and New York.

The elevated death rates were reflected in the top five causes of death in the country: heart disease, cancer, stroke, chronic lower respiratory diseases and unintentional injuries. The rate for chronic lower respiratory diseases was double that of the five lowest states on the list; the rate for unintentional injuries, nearly so.

“We knew that mortality rates vary widely by state; that has been the case for a long time,” said Jiaquan Xu, an epidemiologist with the National Center for Health Statistics and author of the study. But for several of the causes in the states with the highest rates, he said, “those rates are much higher than we originally thought.”

The purpose of Xu’s study was simply to present the statistics. It does not dig deeper into the causes of the disparate rates seen across the country, nor the elevation of the rates in Appalachian states. But Xu trusts there will be people sufficiently concerned by his findings to delve into the causes. Randy Wykoff is one such person.

Roadmap to a Healthier Future

Wykoff is the dean of East Tennessee State University’s College of Public Health. In research of his own, he’s dug deeper into the death rates of central Appalachian counties and their causes.

Wycoff has looked closely at the death rate of the 238 counties that make up the central part of the region. Those counties are in Kentucky, North Carolina, Ohio, Tennessee, Virginia and West Virginia. He found the mortality rate in those counties to be a little more than 25 percent worse than that of the rest of the country.

“What we see in Appalachia is just considerably worse health as measured by early death, among many other statistics,” Wykoff said.

In a 2017 paper titled “The Future of Appalachia: Health,” Wykoff and coauthor Olivia Egen, an ETSU doctoral student, noted that an American in the poorest income category is three times more likely to die before the age of 65 than an American in the wealthiest category.

Educational attainment plays a critical role in life expectancy, Wycoff said at a recent gathering of health care professionals hosted by the University of Kentucky’s Center of Excellence in Rural Health in Hazard. There, he cited research that shows that the life expectancy of a black man in the U.S. with a college degree is almost 81, while that of a black man with at most a high school education is 71.

Low educational achievement and poor health are interlinked in a number of ways. “One is that they are both the result of long-standing poverty,” Wykoff said. “There’s the common-causal relationship of the two; things that lead to poor health also lead to lack of education.”

But there’s also a direct relationship. “People who are less educated tend to get jobs that are more stressful and physically damaging,” he said, citing, for example, coal mining and other extraction-industry occupations. Others work in service-industry or part-time or temporary jobs – jobs with low wages and no health benefits.

Wykoff’s voice is among the many in central Appalachia arguing that there are accessible avenues to a better education for all, which can, in turn, lead to a healthier population. In 2005, he said, Tennessee ranked among the states with the lowest high school graduation rates in the country. “[But] by last year,” he said, “we were in the top 10. So you can’t say that these are things we can’t change. We know we can.”

The private sector is stepping up to invest in educational programming for rural Tennessee students, Wykoff said, and the state’s Tennessee Promise program, which covers tuition and fees for students to attend community college or other institutions offering associate degrees, will also make a difference in future health outcomes.

But, Wykoff cautioned, in order to build a healthier Appalachia, we must create opportunities throughout the whole of the region. Without well-paying jobs close to home, he said, “When you say, ‘Hey, get your college degree and you’ll be better off,’ what that really means is, ‘Get your college degree and if you leave this area you’ll be better off.’”

Wykoff believes that the region’s elected officials, educators and business, community and faith leaders are increasingly aware of this interconnectedness. “I think we’re starting to have the right conversations,” he said.

He quotes a phrase commonly attributed to former Speaker of the U.S. House of Representatives Tip O’Neill: “All politics is local.”

“I like to say that all public health is local,” Wykoff said. “That’s not [entirely] true, but it’s somewhat true. You’ve got to have communities coming together and saying, ‘Okay, we want to do something about this.’”

In their “Future of Appalachia” paper, Wykoff and Egen outline some broad, essential initiatives that must be advanced, including changing health-related behaviors (smoking, poor diet, no exercise), addressing the social conditions associated with poor health (economic opportunity, investment in education), improving access to care (spoke-and-hub hospital systems, mobile services, telehealth) and disrupting intergenerational cycles of poor health (health-related education and encouragement for new parents and elementary-school kids and in the workplace and faith communities).

Ultimately, the authors acknowledge, efforts to lower death rates, and elevate the quality of life, in Appalachia must begin at the beginning. They write: “What we eat, how we exercise, our commitment to education, our understanding of health, and many other factors, are driven by the environment we grow up in.”

It’ll take time, but, the authors conclude, “if we work together to assure that every child in Appalachia has the best possible start in life we will see a dramatic change over the course of that child’s life.” Children who grow up in this “new” Appalachia “will not only be healthier, but they will also become the agents of change over the ensuing generations.”

Appalachians are Dying at Higher Rates than Almost Anywhere Else in the Country. Investing in Education Could Change That. 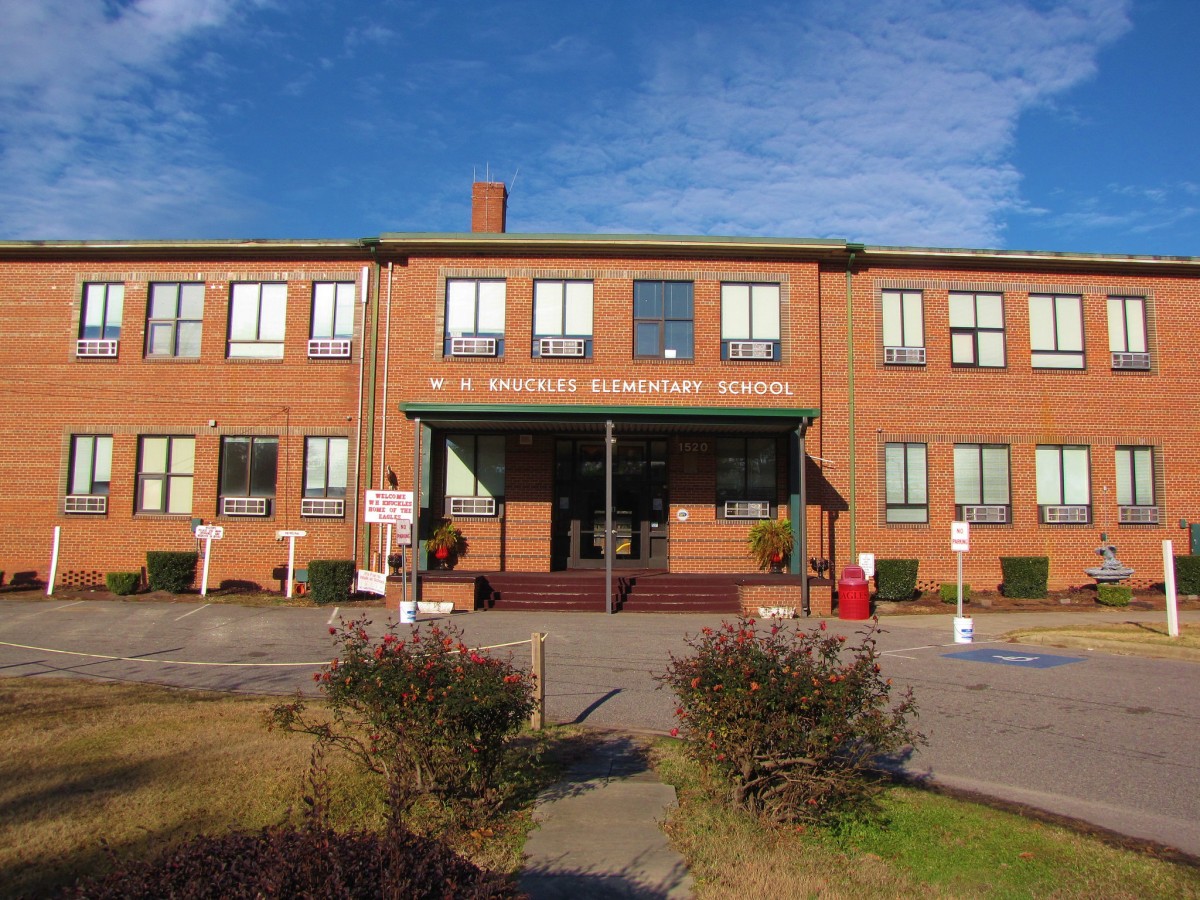 Not far from Fayetteville, North Carolina, in a part of the state many know only from driving through…
byMichael Cooper