Most had a tough time earning decent wages. Many felt like they were in a perpetual state of limbo, unable to reach the traditional markers of adulthood: job, marriage, house and kids. But Silva was surprised to learn that many blamed themselves for their situations and believed that relying on others could only result in disappointment.

After the book was published, it bothered Silva that she never pressed her subjects further on their politics to see how they might be connected to their worldview.

Now, in a new book, “We’re Still Here: Pain and Politics in the Heart of America,” she has made working-class politics her focus.

Beginning in May 2015, Silva started conducting interviews in a once-thriving coal town in central Pennsylvania, which she calls “Coal Brook.” The timing was prescient: A month after she began her research, Donald Trump descended the escalator at Trump Tower and announced his candidacy for president.

Silva spent over a year interviewing townspeople. She gained their trust, forged relationships and spent time in their homes and at community meetings. After years of declining prospects under both political parties, some of the townspeople she interviewed were drawn to Trump’s anti-establishment message. But for most, their politics had devolved into an abyss of cynicism that couldn’t even be penetrated by a politician who promised to “fix” everything.

In an interview, which has been edited for length and clarity, Silva describes a community that is racially diverse, hardworking and politically aware. But its residents are also deeply distrustful and shoulder immense amounts of pain and alienation.

Can you talk a little bit about what inspired you to study working-class Americans?

I was the first person in my family to graduate from college, and I experienced some self-doubt and discomfort when I tried to integrate into the world of academia.

In my position between two worlds – growing up with more working-class roots, and then building a professional middle-class life – I would cringe whenever I saw upper-middle-class people treat working-class people with casual condescension or indifference. It sometimes seemed like the very colleagues who most loudly proclaimed their commitment to social justice were the ones treating the administrative assistant like their personal secretary or complaining about the cost of their housekeeper. It made me really skeptical of whether people’s stated political beliefs were even a good predictor of how they treat people with less power and status.

What was the hardest part of the research?

Getting people to open up to me. I wasn’t from the area. This is the kind of place where if you knock on someone’s door, they’re not going to let you in. I started off talking to white people. I’d go to football games and addiction meetings to try to meet people, and I was able to get to be known as “so-and-so’s friend.” Then I realized I wanted to have a non-white group in my book, because there’s been an increase in Latino and black people in the area. So I had to find out how to get this population to trust me because the white population and the minority population don’t overlap very much.

You spent months conducting interviews. Then the election happened, and Trump won. All of a sudden, there was a lot of interest in the very sort of community you had just spent time in. What’s your take on the ensuing media coverage of these small towns?

It seemed like there was one dominant story: older white men, angry and in pain, were feeling bad about not having jobs and blaming racial minorities or foreigners.

And an element of that certainly emerged in my research. But the overall picture was just so much more complex. One of the things that was very striking to me was how much distrust there was. Among everyone I interviewed – white, Latino and black – there was a fierce distrust and hatred of politicians, a suspicion that politicians and big business were basically working together to take away the American Dream. Everyone was very critical of inequality.

So it wasn’t this idea of “dumb white people voting for billionaires because they don’t understand it’s against their interests.” Almost everyone was aware that the system is rigged against poor people. They blamed politicians for refusing to raise wages to a level people can live on. Many wanted higher taxes to support education. I heard a lot of that, across all of the different groups, and I didn’t read a lot of that in the articles about these communities.

You interviewed 108 people and only 37 of them actually voted, with 26 voting for Trump. Of the 41 black or Latino people you spoke with, only four voted. So to me, one of the major stories wasn’t necessarily support for Trump. It was a refusal to participate in politics altogether.

Two-thirds of the sample were nonvoters. They knew the election was happening but they just viewed political participation as pointless. They thought of it as a joke. And they said, “Look at what’s happened in my lifetime, it doesn’t really matter who’s been president.”

One of the critiques I heard a lot was that everything’s about money now. If you have money, your life is good. You can buy anything. But if you don’t have money, the system is stacked against you. I heard that from old white men. I heard that from young black women. And it was interesting, because it’s not untrue, right? If you kill someone and you’re rich you’re more likely to get off.

So I think for them it was almost like, “Well, if we participate, we’re just playing along and pretending. But we’re not naive. We know already that politicians are bought off by corporations. No one actually cares about us.”

There’s that great story in the book where you showed up to an interview wearing your “I voted” sticker.

He laughed at me! Like, “Why would you vote? Are you crazy?”

And yet of those who voted, Trump did emerge as the clear favorite.

Well, Trump and Bernie Sanders. But Sanders wasn’t an option in the end. The general take on Trump was, “We like Trump’s personality, we like his aggressiveness, we like how he doesn’t care about the rules.” And then they liked Bernie Sanders for his authenticity and his heart. But for many who even ended up voting for Trump, they still didn’t think it would matter if they voted.

Where does this disillusionment come from?

There’s a sense of betrayal by a number of social institutions – education, the workplace, the military – all of these things that they thought they could trust, but, for one reason or another, ended up disappointing them.

So they turned inward. No one was really looking for external collective strategies changing the world. Many wanted to simply prove that they didn’t have to rely on other people. There was this sense that any kind of redemption is only going to come out of your own efforts. And then you’ll see some blame other people who don’t seem to support themselves.

Before and after the 2016 election, J.D. Vance, with the publication of his memoir, “Hillbilly Elegy,” was held up in the mainstream media as an oracle for dispossessed rural Americans. But in your book, you vehemently disagree with his worldview.

Vance seemed to look at other people in his community and think that the reason they were suffering was because of their own choices – that they weren’t really strong enough to face the truth about themselves, that they had to stop blaming the government and corporations and actually take responsibility.

And that just wasn’t the story that I heard. I heard a lot of self-blame and a lot of people who wanted to take responsibility for their own fate. There was a lot of soul searching and a lot of pain. Vance makes it seem like everyone just needs to be like him – a lone hero who escapes his difficult past on his own. It’s not that simple or easy.

Can the pain people feel be used as a bridge to bring people together? That’s how I end my book. And I saw signs of it. Families suffering from addiction were coming together and wondering, how can we change the ways that doctors prescribe medicine? Or how can we challenge pharmaceutical companies to stop making these medications that get our children addicted? Can we get the police to help addicts instead of arresting them?

That sounds like the stirrings of political mobilization. But what’s the biggest obstacle that’s preventing working-class voters from organizing en masse?

I think that it’s the absence of what you could call “mediating institutions.” The people in my book have a lot of critical and smart ideas. But they don’t have a lot of ways to actually connect their individual voices. So they don’t have a church group or a club that they would join that would then give them political tools or a louder voice. And I don’t even know if they would join one if these did exist, because of their distrust of institutions. So it just ends up being turned inward rather than outward.

Within academia, what are some of the most common misconceptions you encounter when it comes to working-class politics?

The working-class people I met were often radically critical of inequality and deeply skeptical about whether we live in a meritocracy. It was important to me to show that the people in my book of all races are creative and thoughtful – that they arrive at their positions by piecing together their histories and experiences in meaningful ways.

Sometimes these ways are destructive and divisive, and sometimes they have the potential to be transformative and healing.

[You’re smart and curious about the world. So are The Conversation’s authors and editors. You can read us daily by subscribing to our newsletter.] 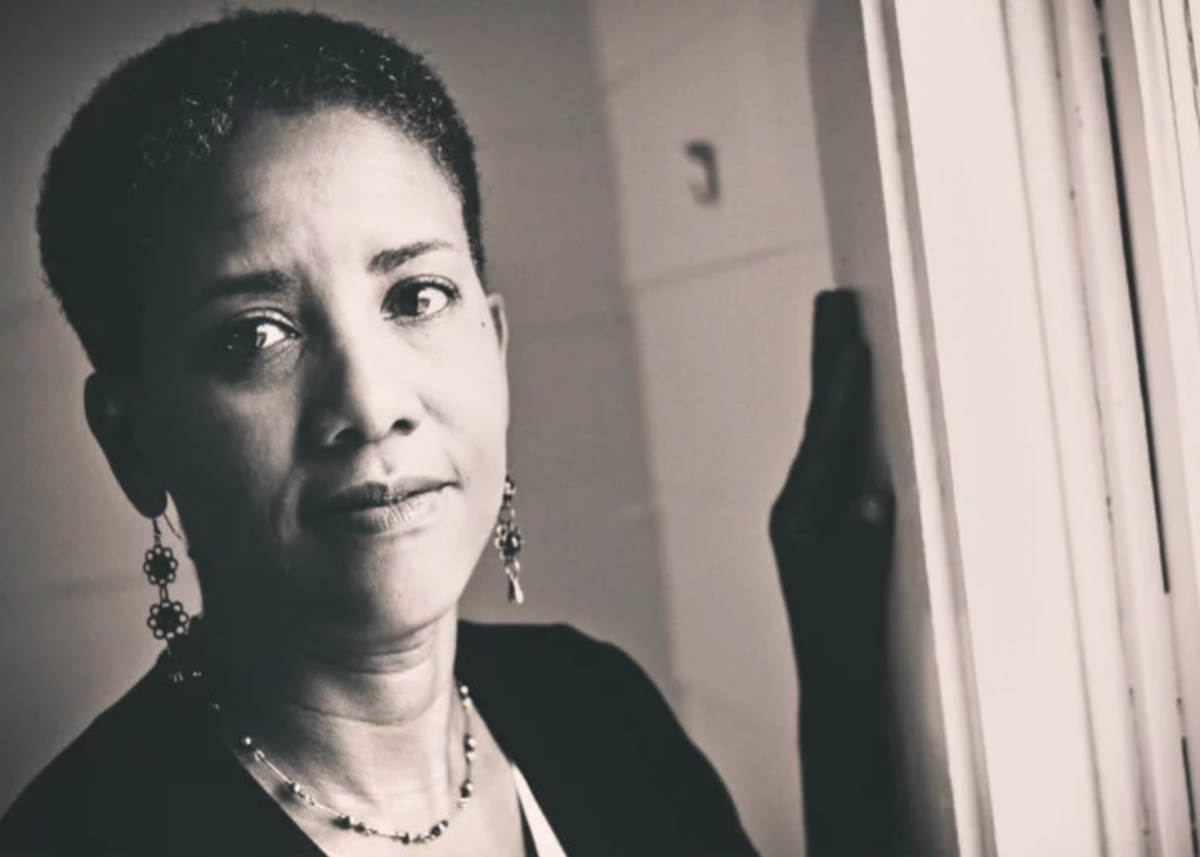 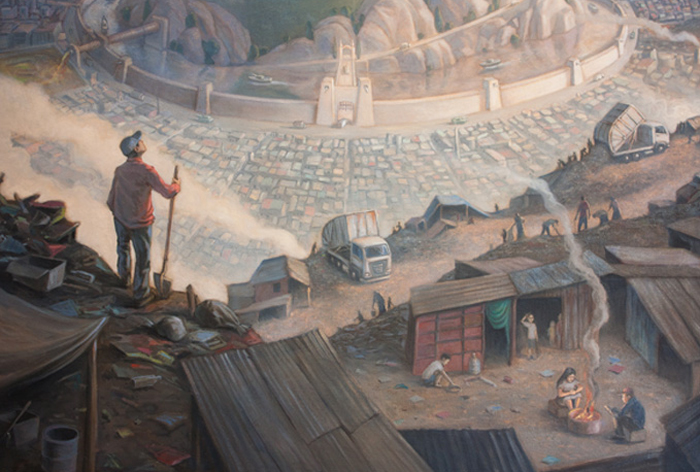 It’s appropriate that I began reflecting on what to write in this piece on the Fourth of July,…
byJared Yates Sexton