As a home-schooled child raised in Philadelphia, Mississippi, Mackenzie Gray didn’t have access to information about transgender people. The 39-year-old woman, now living in Birmingham, Alabama, thought she was just a gay man drawn to activities people typically labeled as feminine. But after meeting other trans women at drag performances in Southern Appalachia and watching the 2005 docuseries TransGeneration, Gray had finally found a term that she felt explained her “to a T.”

“I’ve always felt female,” Gray said. “I even had a name that I used to call myself secretly that nobody else really knew.”

Soon after that revelation, Gray made her first visit to a transgender health clinic in Tennessee and began hormone therapy. But when the Great Recession hit, Gray lost her job and moved back in with family. She decided to pause her medical transition, in part because she could no longer afford her prescriptions.

Around 2013, she heard about the opening of an LGBTQ healthcare clinic in Jackson, Mississippi. Gray was living with a friend in the area and the clinic had a shuttle service that could take patients directly to their appointments. She called the Open Arms Healthcare Center and asked what types of services they would be offering to trans patients.

“And they said, ‘None. There’s not a need in this state,’” Gray said. “I said, ‘Oh no, you’re wrong, I can give you access to a Facebook group where there’s 800 trans individuals in this state that are looking for healthcare.’”

Gray encouraged Open Arms to reevaluate the demand in the area, and connected them with others who needed medical care. Soon, the clinic opened a trans services department, and hired a doctor who specializes in hormone replacement therapy. Gray was one of the department’s first patients.

“I also went on The Jerry Springer Show at about the same time,” to publicly talk about her transition. “My parents … cut all communication with me from that point forward. And so, because I had lost contact with my family, I had nothing to lose.”

“So when I flew back [from the taping], I flew back as Mackenzie,” Gray said. “I burned every bit of male clothing and everything that was identifying as male. I started living my life full time.”

Gray’s anecdote is one of several she shared recently with members of the Invisible Histories Project (IHP), a non-profit organization based in Birmingham, Alabama. It launched in 2018 with the goal of documenting Southern LGBTQ culture and history by collecting photographs and videos of LGBTQ events and protests. IHP also accepts community memorabilia and is conducting a series of oral history interviews with notable community members.

Co-founded by Alabama natives Maigen Sullivan and Joshua Burford, the project initially focused on LGBTQ history in their home state, but now is expanding, thanks to a $300,000 grant from the Andrew W. Mellow Foundation. The support has allowed IHP to create two satellite projects in the neighboring states of Mississippi and Georgia, on the campuses of the University of Mississippi at Oxford and University of West Georgia.

For now, the archives are largely being compiled and, to some degree, made available for viewing on university campuses, but IHP also plans to eventually open an off-campus public history museum in Alabama and is working to create a travelling collection that can be sent to museums and universities in other states. Eventually, Sullivan said that she hopes IHP will have locations throughout the Southeast.

Gray’s first interaction with IHP came when the organization wanted to document the history of Mystic Krewe of Caritas, a Birmingham-based fundraising organization that exists to raise money for AIDS Alabama. As Caritas vice president, she wanted to highlight the importance of their work. BUt IHP wanted to document her personal stories and life experiences too. Sharing those memories helped Gray realize that she had in fact contributed in a positive way to the LGBT community in Mississippi, if only in a small way.

“In 20 or 30 years, there may be a young gay teen who’s able to access the website of the history,” Gray said. “They’ll read my story or maybe some of the other people’s stories and maybe get comfort from ‘Oh, I’m not alone.’”

Sullivan said she wants the public to have access to recordings of personal stories like Gray’s through IHP’s archives. Those oral histories, in combination with the project’s other collected materials, provide LGBTQ Southerners with proof that their communities– and their identities– not only existed in the region, but thrived there.

The idea for IHP was developed years before the project’s initial launch. Since 2012, Burford had been working on an LGBTQ history project in Charlotte, North Carolina, creating a collection at the University of North Carolina Charlotte. Sullivan and Burford wanted to expand the model to encompass an entire state. They decided to start in Birmingham, eventually branching out to Tuscaloosa, Huntsville, Montgomery and Mobile.

The organization’s efforts have so far been well-received in those communities, Burford said. So much so that IHP has been inundated with material, most of which is recorded on archaic forms of media: old VHS tapes, 8-millimeter film reels and cassette tapes, to name a few. Burford and Sullivan even ordered a refurbished VCR, sold for $80, to preserve the donated footage.

IHP plans to digitize some but not all of the materials it has received so far. The project’s staff is limited and digitizing material can require a lot of time, money and additional equipment. Beyond that, Burford said he and Sullivan don’t believe that digitizing everything in the collection would be helpful in the long run to those who live in the regions the project documents.

“There are still a lot of people in the American South who don’t have access to the Internet. And so creating a fully digital archive doesn’t help someone that’s living in rural West Mississippi that doesn’t have access to the internet except in the library,” Burford said. “What we’re doing now is we’re digitizing things like sermons from queer affirming ministers, things that we know that if put it out into the universe … people will get a very high impact from actually experiencing them.”

IHP has numerous repositories where members of the public can rifle through some of the 30 collections the project has created so far. Sullivan said the benefit of a largely physical collection is that it gives interested parties an incentive to see the relevant materials in person. In the fall, IHP plans to upload a directory to search the available collections and find where particular artifacts can be viewed.

“We’re both really invested in this idea of the power of the material,” Sullivan said. “Seeing folks go through [the archive] and actually hold and touch the materials is a powerful moment for identity recognition, as well as movement and community building.”

But it’s not just the long-term history of LGBTQ Southerners IHP is diligently working to collect, it’s also history that’s being made today, like the first Birmingham Black Pride event held in 2018.

Tony Christon-Walker, an organizer who also serves as director of prevention and community services at AIDS Alabama, said Birmingham Black Pride took more than a decade to organize and came after his community felt shunned by the region’s larger Central Alabama Pride. Now, his event is focused on illustrating the cultural priorities and intersectional differences between members of the LGBTQ community at large. This coming year, Christon-Walker said his event will include a comedy show and an educational summit.

“We have more issues to worry about than just being gay,” he said. “We have poverty issues we have to worry about. We have discrimination from our churches, there’s violence in our community, and the HIV problem that our community is facing.”

Documenting and contextualizing that inner-community tension is one of the many challenges IHP hopes to tackle, Sullivan said. She also hopes to continue the non-profit’s work of convincing people in the community, especially older members, that their stories have value and are worth preserving.

“We spend a great deal of our time convincing people that their work, even if it’s just small, local community based, is important,” Sullivan said. “It’s critically important, not just for the community here, but in the bigger, grander narrative of queer history.”

Tiffany Stevens (@tiffanymstevens) is an independent journalist living in Southwest Virginia. Their work focuses on the media, the LGBT community and Appalachia.

Editor’s Note: This story initially identified Sullivan and Burford as employees of the University of Alabama. IHP is an independent 501c3 and the university serves as its fiscal sponsor for the Mellon Foundation and an academic partner. 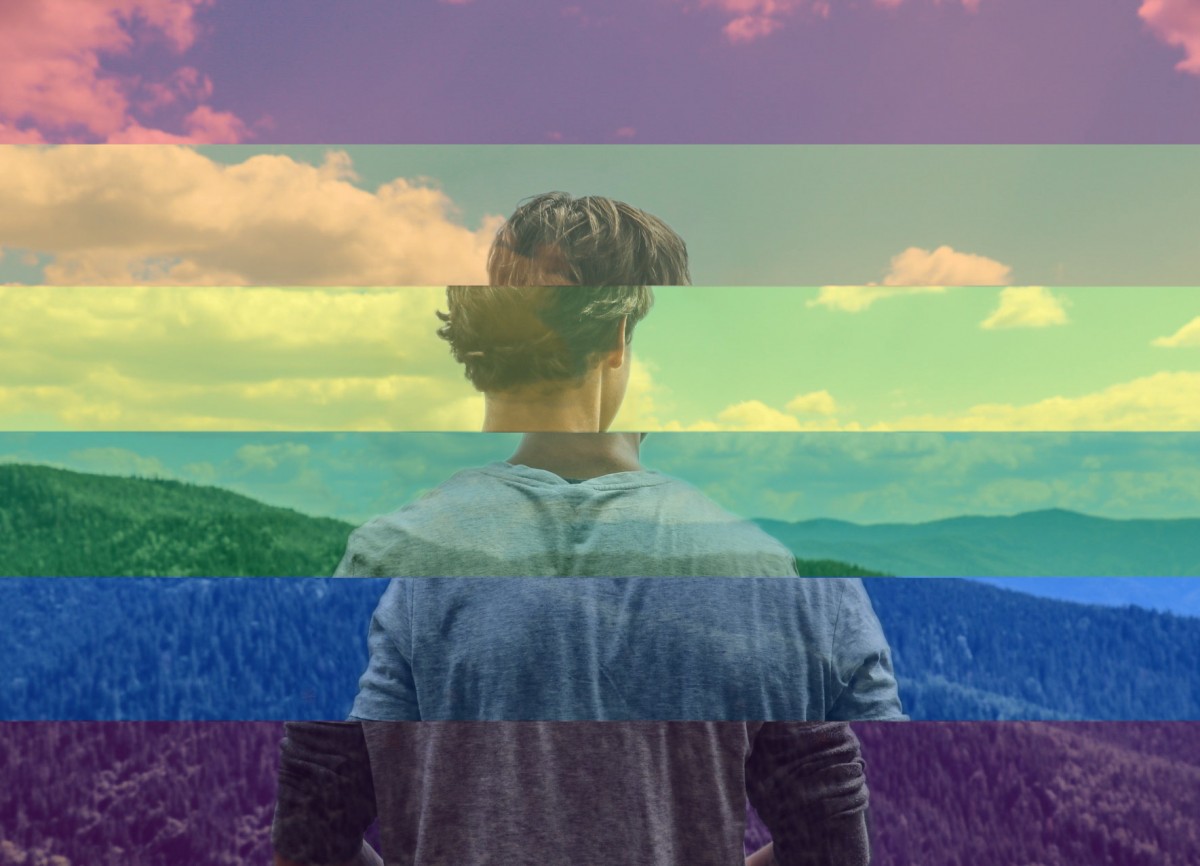 Too Explicit to Name: An Excerpt from Storytelling in Queer Appalachia

One of the first collections of scholarship at the intersection of LGBTQ studies and Appalachian studies, Storytelling in Queer…
byMatthew Thomas-Reid
93 shares
93
0
0 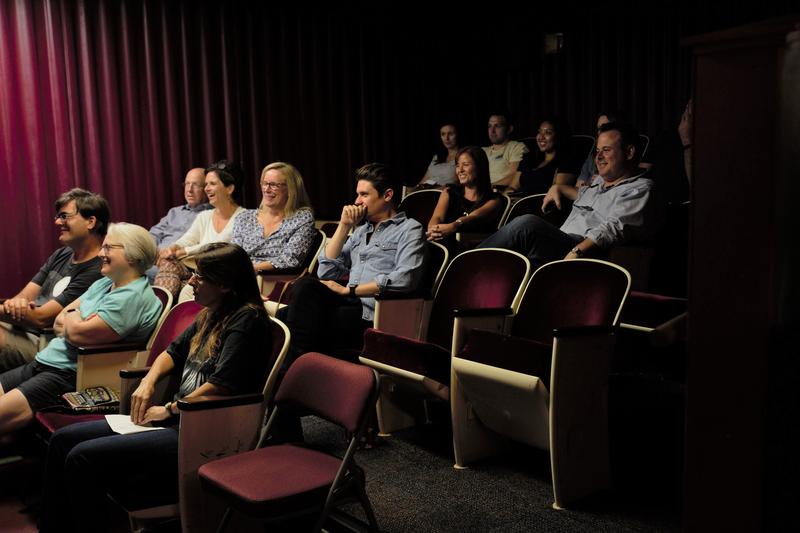 ‘We’re Going To Do It No Matter What’: Appalachian Queer Film Festival Is Back, With Plans To Stay 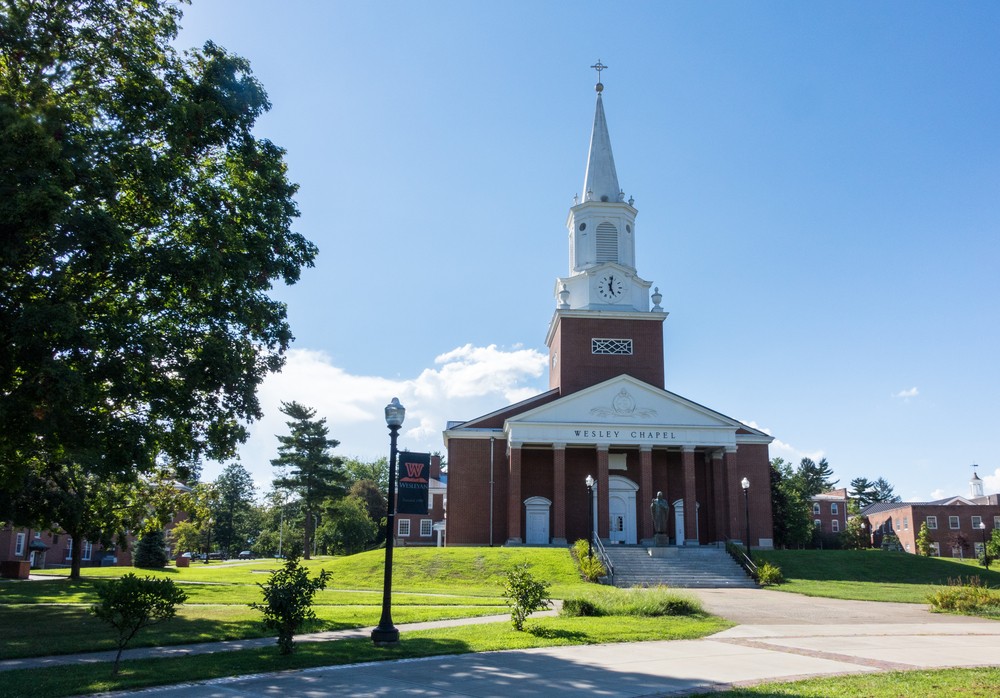