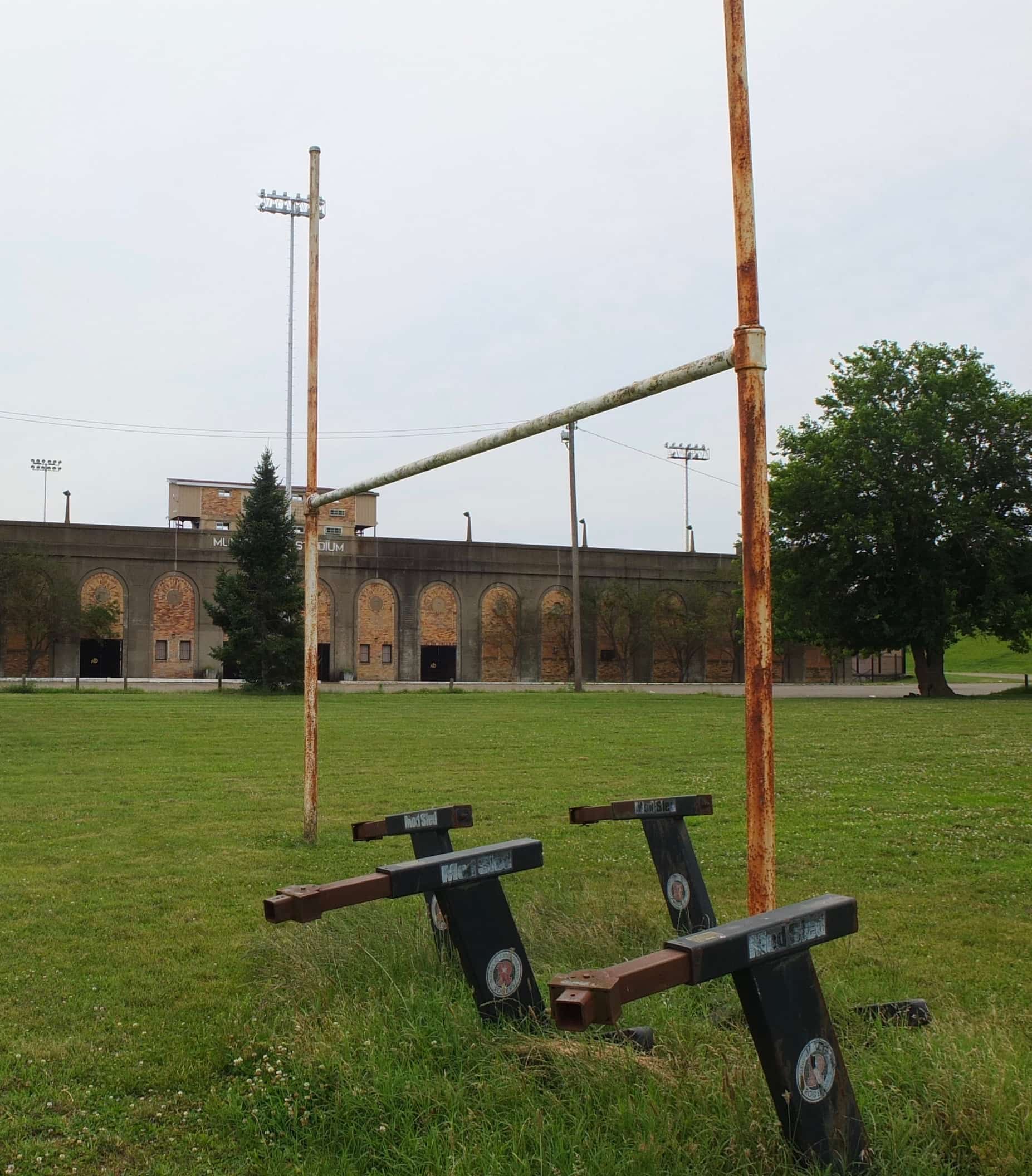 When we launched our religion vertical, we said, “because religion is community” in Appalachia.  When we talked about a sports vertical, we said, “because sports is religion” here. It is a topic that transcends the playing field —  and brings many of Appalachia’s stories into focus – from the political to the economic to the cultural. Former ESPN sports editor Keith Reed and Pittsburgh native promises a complicated look at the region through this prism.

Many people are going to see that 100 Days is launching a sports vertical and question it, thinking we’re now bringing them scores and draft updates, but that’s not exactly the goal. What is your vision for our work in this field?

I’m fascinated by sports as a cultural connective tissue. The games themselves are competitive entertainment, but how we consume sports gives us a great opportunity to examine where and how we live. There are so many examples, but the sports economy is a great one. You can tell a community’s priorities based on how it spends its money. Well, in the U.S., we spend billions of dollars every year on sporting events and related items and infrastructure. Professional team owners are mostly plutocrat billionaires. Big time college athletes are indentured labor to millionair coaches while generating billions of dollars for institutions under the guise of amateurism. This says a lot about where American priorities are, even though I’d guess “sports” isn’t the first thing that comes to people’s minds when you say, “Appalachia.”

We’re designing this vertical with that kind of context in mind. Everyone has instantaneous access to scores, stats, trade rumors and fantasy updates in their pockets. What they don’t have  that we can provide, is a way to pull back the curtain to see where sports is a barometer on where communities stand with regard to race, wealth, public policy and cultural understandings and divides. That’s where we come in.

Much like religion or food, sports is such an integral part of communities not just in Appalachia, but around the world. What is it about your life experience that makes it such an important topic to you?

Almost every kid has a sport they grew up playing, or watching or at least a team their parents loved. I grew up in Pittsburgh loving the Steelers, Pirates and Penguins. I played basketball. I still start or end most days with a boxing workout or exercising with a group organized by a friend who’s a former NFL player. I even coach a team in a women’s kickball league. My sons both grew up playing sports: football, track, wrestling, rugby.

So sports have been a major part of my personal life and I know how influential that can be. In your formative years, you might meet someone you never would have encountered but for the basketball court or football field. Whatever differences you have, you put away because you need your teammate to help make you better and help you win. Coaches can be enormous positive or negative influences. For elite athletes, sports can be life-changing or life-saving. I’ve seen sports across all those transformative aspects, and I believe most people, regardless of background, will be able to relate to those stories.

100 Days in Appalachia’s goal is to take back the narrative people on the outside looking in have created for our region and show the true diversity of this place. How will this vertical expand upon or support that mission?

Sports stories are almost perfect for creating a geographic and cultural sense-of-place. In two well-written paragraphs, I could contrast the atmospheres at a UVa basketball game and a Tennessee Titans game and you’d gain an appreciation for how different a college town in the hills of Virginia is from urbanized Nashville. The populations, infrastructure and community priorities and needs in those two places are very distinct, and that will show up in their sports fans.

One of my favorite stories I’ve ever edited was for ESPN the Magazine, for the very first “One Day-One Game” issue. We sent a bunch of writers and photographers to Houston to cover a Steelers-Texans game, and there was a piece about tailgating and how Steelers fans were exporting this white, working-class ethos and culture common to formerly immigrant communities with them. All those people moved in the 70s and 80s after the steel mills in Pittsburgh closed, and now there’s a diaspora of Pittsburghers living in other cities and following the team from stadium to stadium. A lot of what you see in some of the characters in that story, which I believe we did in 2011 or 2012, showed up at the polls and in the rhetoric around the presidential election in 2016. That tailgating story, about an old-school, blue-collar Pittsburgh guy who talked funny and drank a lot of beer, was a canary in the coal mine.

Rivalries in sports and the divides they create can be almost even more intense than the divisions created by our current political climate. How can storytelling and journalism in this area bring people together?

I think sports fandom, especially rivalries, are more a unifier than divider. Think about that kid who meets somebody from across town on the basketball court. As adults, they may move to different parts of the country, have different levels of education and income, but they keep up with each other over social media and they find common ground in their rooting allegiances. There’s no easier way to get people who’ve grown apart or who have very little else in common than sports trash talk.

I’m a Red Sox fan who lived in Boston and wrote about the team, who dated a Yankees fan.  I’m a Pittsburgh native who’s lived in every other AFC North city, plus Boston. I have friends from Baltimore, Boston, Cincy and Cleveland — all these cities that are supposed to be “rivals” because of sports. Yet, sports is the thing that brings us together. So I think our storytelling can be an entry point for lowering some of the polarized rhetoric from other parts of our lives and engaging one another as fans, and then as people.

What is the potential impact you hope to see?

I don’t have any agenda besides finding and telling good stories. I’ve never done a geocentric, hyper-regional sort of journalism project like this before, so I’m happy to explore what that looks like. I’d like to give opportunity to some talented, young and hungry writers with a passion for telling interesting stories and seeing where those stories lead. That could mean something investigative centered around college athletics or it could be something more fun and interesting. At this point, I just want the storytelling to be good and well-received.