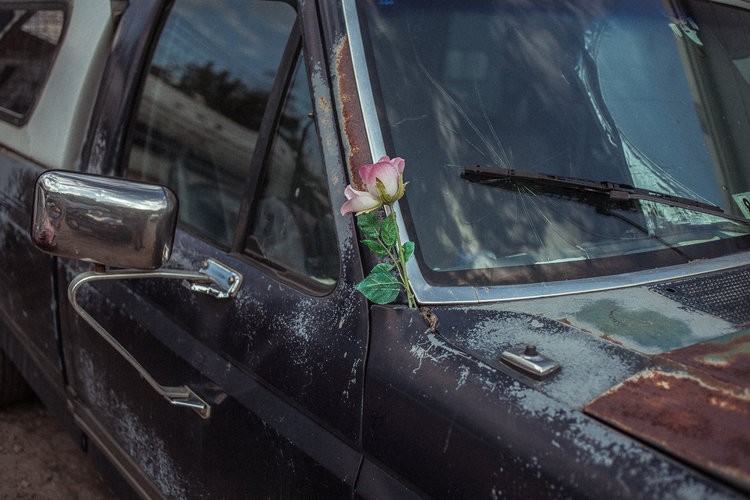 In 2017, Canadian visual artist Lucas LaRochelle created the experimental project “Queering the Map,” a community-generated interactive map in which individuals across the world can chart a cartography of memory and experiences. In describing the project, LaRochelle wrote that the project is to “collectively document the spaces that hold queer memory… wherever they occur.”

When I first encountered the Map, I looked to find myself.

By that, I mean that I went to the map and browsed the region that spans eastern Ohio and northern West Virginia. In the Ohio Valley and beyond, the description markers pinned to the Appalachian region were honest, visceral, poetic and cinematic.

The comments left across the Appalachian region read like anonymously scrawled love notes to their lovers, to Appalachia itself, and for their own love of Appalachia.

In photos featured in the “Looking at Appalachia” project, I see the same unusual charm that situates this sense of unexpected beauty in otherwise ordinary places, effortlessly illustrating the way it feels to fall in love on backroads, hear pond frogs and crickets in the ambient background noise on phone calls home and to finally read “Welcome to West Virginia, Wild and Wonderful” on the overhead highway sign at night.

Experiencing these two differently-oriented art projects together feels like it does to live — and love — as a queer person in Appalachia, like the sight of lavender growing on top of an old strip mine or the sound of Townes Van Zandt playing over the radio of a rusty Ford pickup.

I spend most of every day enamored by the way Appalachian digital media makers flawlessly articulate glimpses of our peculiar and particular neck of the words for the rest of the world to tune into. I also use my news feeds to stay up to date with countless LGBTQIA+ creators and activists, allowing me to feel seamlessly connected to my community and stay updated on our current events.

Over the past few years, those worlds have become a place between two ridges, joining and building a digital landscape where queerness is a mainstay of lifeways you find in our cozy Appalachian multimedia holler. You might catch Queer Appalachia’s community leader Mamone on one of your favorite mountain-situated podcasts, “Speaking Over the Mountains.” Or you might see their smiling face framed by a ten gallon hat in a photo shot by your girl-of-many-hats, do-everything role model and West Virginia folklorist Emily Hilliard for USA TODAY’s “Faces of Pride.”

In the past year alone, these online spaces have grown at unprecedented rates, providing new platforms for queer folks to tell these stories. But outside of the celebratory spaces of the internet, rural queer and trans people have a particularly difficult time with proving their internal visibility to outsiders. It’s easy to come of age feeling lost and confused in places where you seldom see images of people like you and to bear the loneliness of longing for communities that you’re told only exist highways and many city limits away. 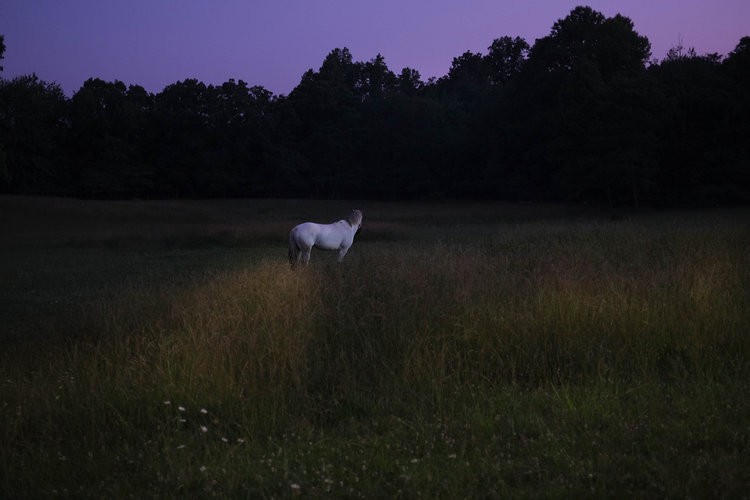 Once I would have never imagined finding online spaces embracing both the words “Queer” and “Appalachia” at once. Throughout my childhood, I was caught up in daydreams of “somedays,” eager to grow up, leave my hometown behind and find people like me in the urban spaces I had my heart set on. Somehow, despite growing up surrounded by queer people living full lives, the things I was told about who I was and where I was from wrongly led me to believe there weren’t any people like me in Appalachian Ohio and northern West Virginia.

It’s not that my network of relatives and family friends lacked the representation I was looking for. I was embraced by a handful of queer elders, and my single mother came of age as friends with LGBTQIA+ activists doing meaningful 1980s HIV and AIDs grassroots activism.

However, I grew up consuming media with narratives that queer and trans life cannot thrive in communities like mine. Most tropes involve young queer and trans people who have to persevere through trauma and isolation until they make it to places like New York City or San Francisco — and only then can they live a truth they had no access to before. I internalized that message, thinking it meant there was something bigger out there I had yet to find, even though my home was so important to me.

The tradition of “chosen family” is a common form of queer kinship making. Until I left my hometown, I didn’t realize that I had spent my formative years already building my chosen family.

The best friend I was raised with is my family. We grew up in a misshapen co-family that was the eclectic group of adults who co-raised us, collecting inside jokes and childhood memories. He was a childhood solo vocalist and pianist who grew up to be an astute historian who has a new life researching, catching operas, and spending evenings with his stylish and sophisticated art director boyfriend.

He too felt the isolation of not yet coming out or letting people in — the way some people prefer to redefine the passive language of ‘coming out’ as ‘LGBTQIA+ identified’ — and spent his younger life being cautious and living precariously. But in my teenage memories of him, he is not characterized by trauma or helplessness like many people project onto rural people. Rather, he has always been bright and witty, with an air of sophistication that led him to explore his love of world history, classical art, modernist literature and a worldly taste in cuisine. He never struggled to be himself. He just took living his truth at his own pace. And together we learned that queerness and Appalachian-ness are not mutually exclusive.

Queer friendships and relationships are defined by a limitlessness that I see in my own Appalachian community’s way of kinship making. I don’t necessarily believe the notion that there is any one true “Appalachian culture” or that our entire expansive and diverse region is defined by specific folkways, but I believe that it is possible that we do share a unique way of making kin.

My mom’s childhood friends from Catholic school helped raise me. Neighbors who have lived in the same houses for several generations prove as dependable as my own immediate relatives. Family friends have become the family I know.

In Appalachia, many of us prioritize home and kin. The simplicity in the way we relate to our mountain families is something I’m proud of. We aren’t always drawn to each other by blood relations or family lineage but by the uncomplicated reality that being together and making memories feels good. It’s affirming to know I come from a place where relationships can be defined by by joy, closeness and love, rather than shared surnames, money and material belongings, or laws that map out your family relations. Through kinship, we piece together patchworks of family, neighborhood elders, adopted siblings and life partners that aren’t always spouses or romantic counterparts. 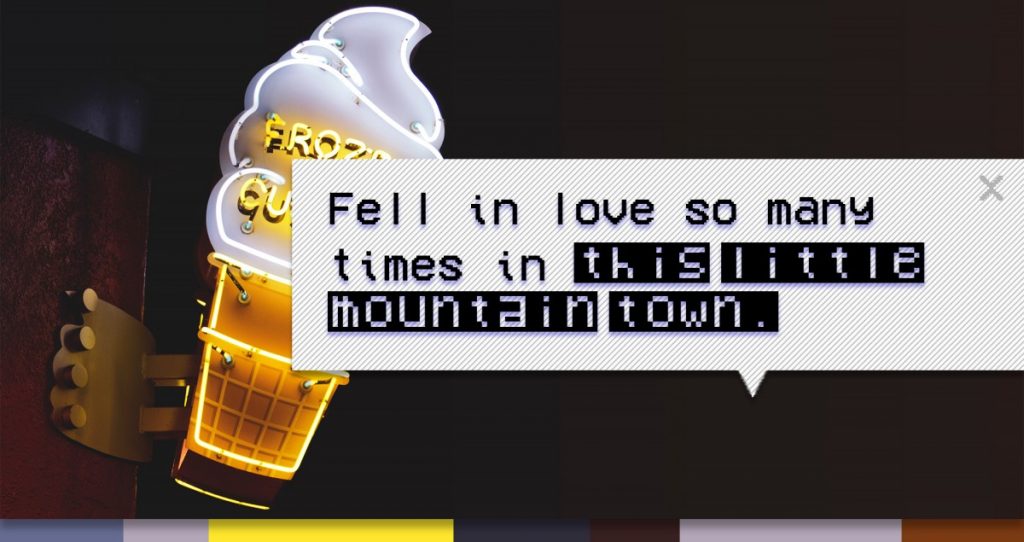 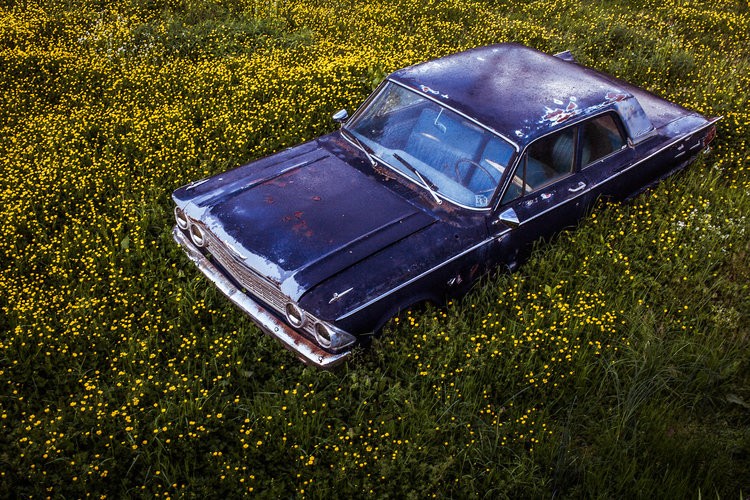 It’s June, the month LGBTQIA+ people celebrate our elders who fought and devoted their lives to build a world that recognizes our humanity and treats us with dignity. Commemoration of our history will always be a solemn reminder of the sacrifices made at the 1969 police raid at the Stonewall Inn in New York, the 1959 uprising at Cooper Do-nuts in Los Angeles, the 1981 Operation Soap police raids of bathhouses in Toronto, and beyond. We mourn the generation of people who would have been our elders, siblings and lovers that we lost to the AIDs crisis, the AIDS Memorial Quilt serving as a family relic and a devastating reminder. To ACT UP is just a family tradition.

Appalachian queer people have similar experiences and needs as queer people in other parts of the world. Regardless of location, queer and trans people are more vulnerable to experience violence and lack of access to the means to meet their life-sustaining needs. Although some rural LGBTQIA+ people might experience shame induced by societal pressures of heteronormativity and/or transphobia differently than those in large metros, we can and do make meaningful lives everywhere. The culture and community we build is just as vibrant and affirming as places like San Francisco’s the Castro, albeit smaller and culturally relative to hills, hollers, and honky tonks.

Here, country music outlaw love ballads belong to us, flea markets and hometown greasy spoons are community spaces, homespun and homegrown are glamorous, and “grit” and “hardscrapple” are at one with “tender” and “vulnerable.” It’s hard to describe the experience of feeling truly seen when you’re finally united with so many others who understand the complicated relationship between rurality and queerness. Telling these stories unseats narratives that we can’t reach our full potential without leaving this place, or worst of all, that we don’t exist at all.

The digital landscape introduces the potential for transformation for queer and trans life in our mountains. I get to send my best friend memes of Dolly Parton — we scream-laugh at the idea that “Jolene” was really a love song to the other woman — and the online platforms where queer Appalachians meet seem more like front porch hangouts than anything else. 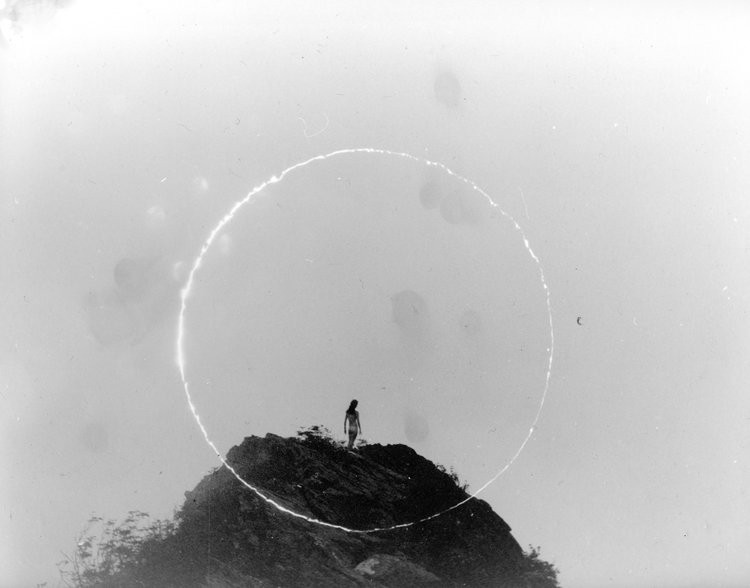 We can be connected to the histories and resources we once had no access to. Online, you can learn about Bluefield, West Virginia’s historic Shamrock, one of Central Appalachia’s first gay bars, where a woman named Miss Helen Compton wagered her life savings to found a tavern where queer and trans people built community in turbulent times. And thanks to Queer Appalachia’s upcoming online recovery resource for queer and trans people in Appalachia and the south, soon you’ll be able to find people like yourself to lean on for support anywhere, anytime.

Here in Appalachia, we’re reflecting on the year we’ve had, the growth of organizations like Queer Appalachia and the possibilities of the seeds we’ve sown across this landscape. “We came from the West Virginia coal mines / And the Rocky Mountains and the western skies.” A country queer can survive.

Could Appalachian Communities Survive On Their Own?