Having grown up in West Virginia and after living for three years in South Korea, the ongoing thaw in relations between North and South Korea got me thinking about the many similarities between the Koreas and the Virginias.

That’s not as far-fetched as it sounds. Start with something simple — the topography. My wife and I arrived in Seoul in fall of 2010 and, despite the fact that I had never been to Asia and could not read one street sign in Korean, there was something about the place that made me feel at home.

In my 2016 book, “Seoul Man: A Memoir of Cars, Culture, Crisis, and Unexpected Hilarity Inside a Korean Corporate Titan,” the story of my time as the only American executive at Hyundai Motor, I wrote:

“Seoul is surrounded by mountains; indeed, most of Korea is mountainous, and the hills reminded me of my home state of West Virginia. Washington, D.C., is at essentially the same latitude as Seoul, so the climates are similar: sultry summers paired with bitingly cold, short winter days … When we arrived in Korea in October, the hills were bursting into familiar shades of orange, yellow, and red.”

There are the people. After North Korea and Japan, South Korea is the most ethnically homogenous country in the world, at 97 percent ethnic Korean. There are 28,500 American military personnel stationed in South Korea and a total of about 150,000 Americans, but in a country of 50 million people, foreigners — or waygookin — tend to stand out.

Same is true in West Virginia, if you’re a person of color. West Virginia is 94 percent white, according to the U.S. Census, making it America’s third-whitest state, following Vermont and Maine.

Though all people are different, largely homogenous populations tend to act in ways different from more heterogeneous ones. Shared identity is stronger, information tends to pass in different ways, tribal languages exist. They can also tend to be clannish and distrustful of outsiders. Korea was shut off from the outside world for so long — for hundreds of years up to the 20th century — it was known as the “Hermit Kingdom.” Anyone who has lived in West Virginia for long enough has sensed a distrust — often justified — of out-of-state interests.

And here’s where we get to the economic and historical similarities between the Koreas and the Virginias.

Both have backstories as colonies.

Korea was invaded numerous times over several centuries by Japan, which finally succeeded in colonizing the Korean Peninsula in 1910. This began a brutal occupation in which Koreans were ordered to take Japanese names and Korean women were kidnapped and forced to work in Japanese military brothels as sex slaves.

But even though statehood meant political independence for West Virginia, it did not mean economic liberty. Because West Virginia’s is an extraction-based economy without access to significant capital or established institutions, it, like South Korea, was treated as a colony by outside interests. Where Japan saw Korea as raw material for its war-making efforts, coal and timber companies exploited West Virginia’s natural resources for commerce.

Today, one might reasonably look at rich, ultra-modern South Korea — the world’s 12th-largest economy and the most wired nation on earth — and wonder what it could possibly have in common with West Virginia, where per capita GDP ranks 48th in the U.S.

But prosperity was not always the case in South Korea. For much of its modern history, it was poorer than West Virginia.

To understand this, you have to return to the times when Virginia and Korea were split by outside powers in proximity to civil wars.

The Union government cleaved Western Virginia away from Confederate Virginia in 1863, during the Civil War. Following World War II, the Korean Peninsula was divided along the 38th parallel by the U.S. and Russia, into southern and northern occupation zones. The southern zone held an election in 1948 and established the Republic of Korea. The Soviets set up a rival government in the north, which attacked the south in 1950, launching the three-year Korean War.

The Korean War ravaged South Korea. More than 11 percent of the population of what would become South Korea was killed in the fighting. Half of all South Korean housing and 80 percent of all public buildings and infrastructure were destroyed. In 1960, South Korea was economically on par with the poorest nations in Africa. As impossible as it seems today, until 1974, North Korea was the richer of the two Koreas.

Even after their development, South Korea and West Virginia were victimized by mass-scale human tragedy, usually the fault of corruption and slipshod practices. The 1972 Buffalo Creek flood and 2010 Upper Big Branch mine explosion track with a 1995 Seoul department store collapse (killing 502) and the 2014 Sewol ferry capsizing (killing 306).

Today, North and South Korea may be on the brink of signing a peace agreement that would end hostilities on the Korean Peninsula and — perhaps — lead to the denuclearization of North Korea. The policy of South Korea is one of eventual reunification with North Korea, though there’s no clear way for how that would happen as long as the murderous Kim dynasty rules from Pyongyang.

Far more likely, should the peace process continue, is a gradual economic unification of North and South Korea, which would be connected by rail lines and commerce and would, at least for the foreseeable future, facilitate separate governments ruling one people. A sudden reunification of the Koreas would cause a multi-generational economic shock, as South Korea would need to instantly care for 25 million underfed, largely unskilled North Koreans.

What about a reunification of the Virginias? In 1866, West Virginia refused Virginia’s entreaty to do so. Battered by the Civil War, Virginia’s economy, like South Korea’s after its war, was economically devastated. Getting West Virginia back would return one-third of Virginia’s tax base. Virginia remained poor for the next couple of decades until the railroad and tobacco boom took off, allowing Virginia to eventually pass West Virginia for good. Today, Virginia’s per capita GDP is ranked 18th nationally.

Reunification would not cause a Korean-sized economic shock, but I’m not sure I see the upside for Virginia.

So how did South Korea go from being one of the world’s poorest nations to one of the richest in just two generations? And can West Virginia emulate the South Korean model, drawing yet another parallel between the Mountain State and the Land of Morning Calm, as South Korea is known?

The answer: A 1961 military coup that installed a strongman leader who nationalized the South Korean economy, picking winners and losers; who received massive amounts of U.S. aid and who was able to mobilize his population — his “industrial warriors,” as he called them — to work endless 15-hour days in a patriotic fervor with one goal: making South Korea a great nation. This made possible the rise of the great Korean companies, such as Samsung, that rose to global dominance.

This is an option that’s not really available to West Virginia. Still, I find hope for my home state in the Korean proverb: “고생 끝에 낙이 온다” The literal translation is “Delight comes at the end of difficulty.” 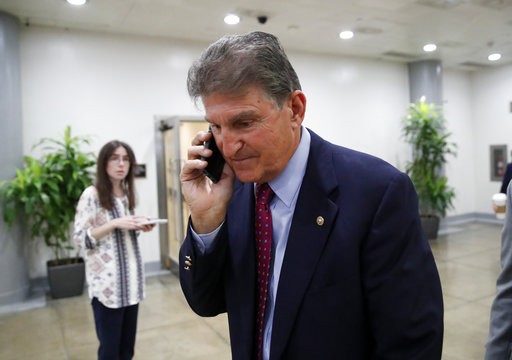 For young Carter G. Woodson, West Virginia shimmered in the distance, a not-so-far-off land of opportunity. Of his…
byCynthia R. Greenlee
12 shares
12
0
0