We always hear that guns don’t kill people. But obsession with guns and fear about the future might.

As a kid I’d get off the bus at our country house south of Eveleth, Minnesota, to the sound of gunfire. The shots didn’t ring every day, but most days. My dad rigged an old camper trailer behind the garage into a makeshift shooting range. He fired out the side window toward a target in the woods. By the time I left for college, my father’s bullets had carved a cartoonish tunnel through the thick grove of young aspens, deep into the pine forest beyond.

My dad was then and remains a gun collector, a crack shot, an expert reloader of ammunition and amateur gunsmith. He bought and traded guns to learn how they worked. They served as a deep emotional tie to the times he went hunting with my grandfather. My sisters and I were all taught how to use guns responsibly.

Guns are tools. This is what my dad argued, and I agree with him. Guns serve as functional implements for hunting, sport and self-defense. On their own, they are nothing more.

But these tools are tricky. We lost my uncle to depression, the final act executed by firearm. Another distant relative was badly hurt in a hunting accident involving a firearm. And, of course, approximately 16,000 Americans died from guns last year alone (not counting approximately 22,000 suicides), 154 in mass shootings, according to the Gun Violence Archive of crime statistics.

I’m not writing this to advocate for a law. The fog of anger surrounding American policy toward guns and gun owners is thick enough. I do, however, have observations that might be useful to the discussion.

The first is about power. The first time you handle a gun, you realize its power. The force of guns frightened me as a small boy, the kick of the rifle or the .38 pistol. As you work with them, however, you realize that a gun’s power can be controlled. Indeed, that’s what shooting sports are all about. You time the shot with your body — your heart, your breathing. You aim, then squeeze, not pull, the trigger. Shooting sports emphasize safety above all else. Because safety is part of the control you master. Proficiency is hard-earned, more mental than physical.

This brings me to my second observation, this one about fear.

Have you ever read the publications put out by the National Rifle Association? These magazines and pamphlets were as ubiquitous in my childhood home as the phone book.

Every time a politician talks about gun restrictions, some loyal customer buys more guns. Right now some ad exec might wonder how to get people to buy Werther’s caramels every time someone mentions Medicare. They couldn’t dream of being as successful as the NRA.

My dad liked the articles about the technical specifications of the different styles and models of guns. But the magazines were also pumped full of political rhetoric implying that every one of the guns in our house might be confiscated by the government at a moment’s notice. The letters and small print articles would explain how gun owners mowed down a charging bear or capped a dark, grimy intruder hellbent on befouling wives and daughters.

My dad studied guns, but I studied subtext. The message was clear. Buy guns or you are in danger. Vote NRA or they’ll take those guns away. It’s some of the cleverest marketing you can imagine, so clever that it’s now at the heart of most of our political debates, too. Every time a politician talks about gun restrictions, some loyal customer buys more guns. Right now some ad exec might wonder how to get people to buy Werther’s caramels every time someone mentions Medicare. They couldn’t dream of being as successful as the NRA.

Americans once owned guns for their utility. Now, many own more guns than they need for entirely different reasons. There’s a whole philosophy behind owning more guns than you need. It’s the idea that a cruel world is closing in all around you.

Adding the power of guns to fear produces something else. Obsession.

As I neared graduation from high school, my dad owned two seven-foot gun safes packed with every kind of gun you can imagine. Pistols and semi-automatics. A spectrum of shotguns and antique .22 rifles. Truth is, my dad struggled during those years with alcohol and mental health issues, as did other members of my family — myself included. My parents’ marriage was breaking up.

He was obsessed with gathering guns. He liked them. They made him happy for a time, at a time when nobody was happy. But they were becoming like a black hole in the garage. As family fortunes crumbled he found he had so much money in guns that he couldn’t get back. He ended up selling most of them.

How many like him are there now? I can only presume several. Some can afford it, and some, like my dad all those years ago, probably can’t. Why do they do it? They like guns. But underneath is an obsession, a desire for control over enormous powers outside our reach. Most Americans struggle with this, it’s just that most folks don’t fixate on weapons.

Sometimes I wonder how much risk we faced back then. I empathize with the families whose sons become monsters, or whose estranged fathers become snipers. The countless men lost to suicide. My father refused to use targets that depicted human beings, but nevertheless he and I were both desperate men at one time. As the old saying goes, “There but by the grace of God go I.”

So, guns are tools. Cordless drills and circular saws are tools, too. I don’t conceal one of these under my coat for the same reason I don’t carry a gun into my classroom. Any circumstance I’d need these tools is so unlikely that it renders the risk of an accident far greater than the reason you’d carry the tool in the first place.

They say guns don’t kill people, that people kill people. Guns don’t kill people? Our obsession with them might. Our fear and anger toward one another certainly will. Even if we won’t ban military-style assault rifles or more closely monitor gun ownership, we need to put the guns away on an emotional level. My dad? He’s fine. Doing great now. He still owns guns and has a great time with them. It’s just not like it was.

In the old shoot-’em-up Westerns my dad and I would watch together, there were moments where a gunslinger would hang his holster on the hook in the marshal’s office and walk out in the street unarmed. This was what people did when it was time for a rowdy town to become civilized. The guns went in the drawers or were hung above the fire. You didn’t need them unless you were hunting, or shooting targets, or teaching your kid to be a responsible gun user.

Civilization is the goal. The power of guns requires control, personal control most of all. None of that is served by the hoarding of weapons, the stoking of fears, or the hatred of one another. Unfortunately, that is where the discussion over gun rights has centered.

Nothing will get better so long as that remains the case.

This article was originally published on the Daily Yonder. 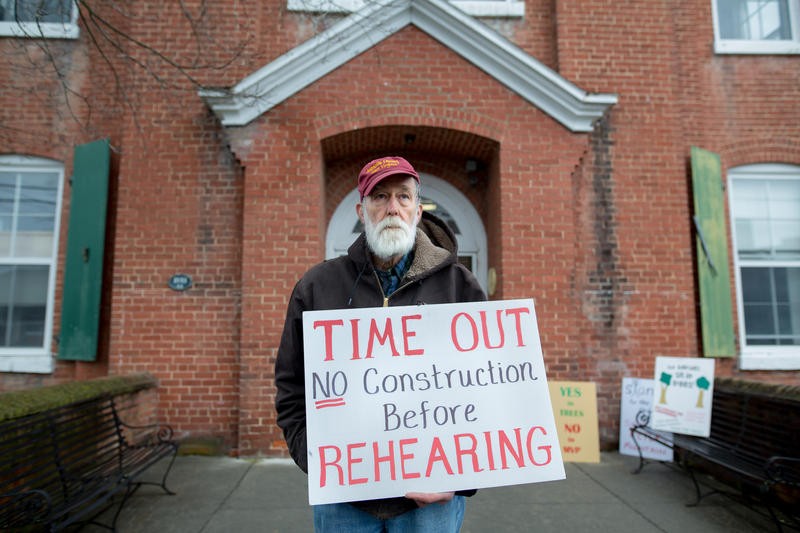 Seventy-five-year-old farmer Curtis Johnson doesn’t object to pipelines, but does take issue with some of their construction practices.…
byNancy Andrews