This is chapter four of Derek Akal’s Struggle to Stay. In the first chapter, we met a young man from Harlan County, Kentucky, who thought a college football scholarship was going to be his ticket out. But a serious neck injury led Derek to drop out and move back home.

When he was 21 years old, Derek Akal decided to move to Los Angeles, California. It wasn’t that he had anything against his home of Lynch, the coal-camp town in Eastern Kentucky where he grew up.  Derek loves his family and his home in the hills, but he dreamed of moving somewhere far away.

“You know my friends down here, they see Lexington as the city to move to. For me, I’m looking past that. I’m looking to go way farther than that. And if I have to go to the other side of the nation to do so, then I will,” Derek said.

He has a particular place in mind, and it’s reflected in one of his favorite songs: ‘Hollywood Dreams’ by Post Malone.

In late 2016, Derek made the decision to visit Los Angeles, California. But moving to California is expensive, and Derek hadn’t had luck finding anything close to a stable full-time job in 2016. But, he still found ways to save up some money. He sold some of his clothes, worked on computers, stashed away money his grandparents sent him, and gave lots of haircuts.

“Part-time barber, basically,” as Derek described it. “I saved up for almost a year and a half. And most people, especially my family, they didn’t even know that I had almost like $2000 saved up in a shoebox under my bed.”

The night before Derek left for California, he was so excited he didn’t even sleep. “Only thing on my mind was going straight to California.”

The next morning, Derek told his family he was leaving, but he didn’t say how far he was going, or for how long.

“My family didn’t think I was going to California.”

Derek got a ride to Knoxville from a couple of friends, and from there he caught a bus. He said he chose to travel to California by bus because he wanted to see as many places as he could. He wanted it to be an adventure.

Derek hopped on a bus to Memphis, then got on a train to Denver, where he got back on a bus that went straight to California. That last bus ride made an especially big impression on Derek.

“That was really breathtaking, especially going through Arizona,” Derek recalled. “I seen a lot of land that I’ve never seen before, a lot of canyons. All through there was just…beautiful.”

Derek arrived in LA on December 29th, two days before New Year’s. He was picked up by two close friends he met the year he was in college, Jessica and Vince. Jessica is from California, and lives near LA. Derek explained, she makes good money working as a wrestling coach. Vince is from a small town in Georgia. He and Derek had been talking for months, trying to figure out where they could move to find more opportunity.

Moving to California was Vince’s idea. The point of this trip was to spend a couple of weeks scouting for jobs and houses so that Derek and Vince could be ready when they decide to make the big move.

Derek’s friends picked him up, and straight away they drove to the top of a mountain. It was a lot higher than the mountains Derek knew back home, and Derek said right from that first night, he got the sense that these mountains held a whole new world of possibilities.

At the same time, Derek said the mountains felt familiar. He said he didn’t get homesick at all, and he thinks that’s in no small part because the landscape reminded him of home. “I was expecting nothing but flat land all over the place,” Derek said. “But it was just a whole lot bigger mountains.”

The whole experience made Derek feel like he was living the exciting life he’d been longing for.

“I just felt like this [was] just a new beginning,” he said. “Spending New Year’s in California, you know, ready to explore the world. Because, you know, I already explored basically the nation already.”

At this point, Derek’s family, and almost everyone else back home, still had no idea that Derek was in California. Derek had kept the trip a secret, but the moment came where he decided to tell the world, through social media.

Derek wanted to surprise people, and judging from the response he got, he seems to have succeeded. “As soon as I posted a picture of me in California, I had like a hundred something snapchats and text messages.”

One of the people who saw that post was his cousin Karida Brown. She’d recently moved to LA because she’d joined the faculty at UCLA.

Karida had just picked up the keys to her new house and started moving in when she was surprised to see Derek’s post on Facebook, a picture of him looking down on the San Gabriel Valley, with a caption telling the world that he’s in California.

“He didn’t even say anything to me!” Karida said, her voice rising with a mixture of laughter and exasperation.

The next day Derek visited Karida at her house.

Derek seems to really look up to Karida.

“Karida, she does a lot,” he said. “You know, she’s been literally all over the world. I want to be on the same level as Karida, always traveling somewhere. I want to explore the world.”

Karida said she really appreciated getting to spend time with Derek, and hearing more about his life and his thoughts than she ever had.

“Derek doesn’t talk much, that’s a part of his personality. He’s a close to the vest person; he listens way more than he talks,” she explained. “In fact, I heard Derek talk more in the four or five days that he stayed with me in California than I’ve heard him talk in his whole life.”

Karida observed, that’s not the only change she saw in Derek when he visited.

“I remember a year or two prior to him coming to California, Derek said, ‘I ain’t never leaving the mountains, I’m staying right here.’ All that went out the window while we were sitting in my living room in California. He sounded like he wanted to come to California and make roots permanently.”

When Derek’s Mom Found Out

Back home, Derek’s mom Katina Akal reported she was glad that Derek had Karida to turn to.

But remember, Derek had kept his trip a secret from his mom. She admitted it was really hard on her. “Those two weeks he was gone, I was a nervous wreck the whole time,” she said. “I could not sleep.”

Derek’s mom found out that he was in California from a friend she bumped into at the store, whose son is one of Derek’s friends.

The friend asked Katina, “So how do you feel about Derek in California?”

Katina remembers, all she could say was, “What?!?”

When Derek got home, after another long journey by bus and train, he and his mom had to talk.

“At first I was just happy that he came back,” said Katina. “After I got over that, then I was mad. I was mad, and I was like, ‘Don’t you ever do that again.’ And I asked, ‘Why did you not tell us that you was going?’”

Derek said he and his mom have worked some things out since then. Part of why he came back home, he said, was to be able to spend some more time with her, as well his grandma, and his little brother.

“Everybody’s asking me, ‘Why’d you come back?’ You know, I just want to spend time with my family and friends.”

There’s one other thing Derek needed to do before he made the big move to California: save up some more money. Derek’s plan was to be ready to move by June 12th.  He just needed to find a job first.

As Derek explained, “All I got to do is just get some money, get a plane ticket, then I’m already there.”

Will Derek find work and be able to move away? Find out next time, on the final chapter of Derek Akal’s Struggle to Stay.

This story was produced by WMMT in Whitesburg, Kentucky, and the Ohio Valley ReSource, which is made possible with support from the Corporation for Public Broadcasting. Music in the audio version of this story was provided by Marisa Anderson. 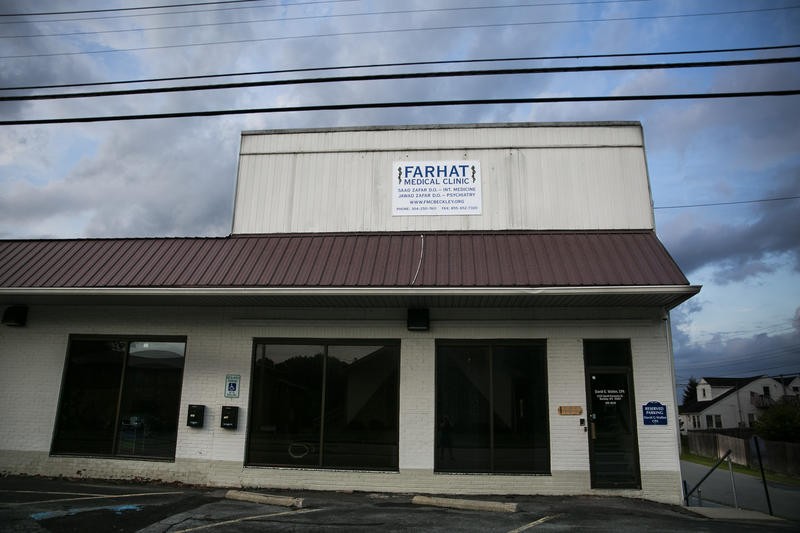