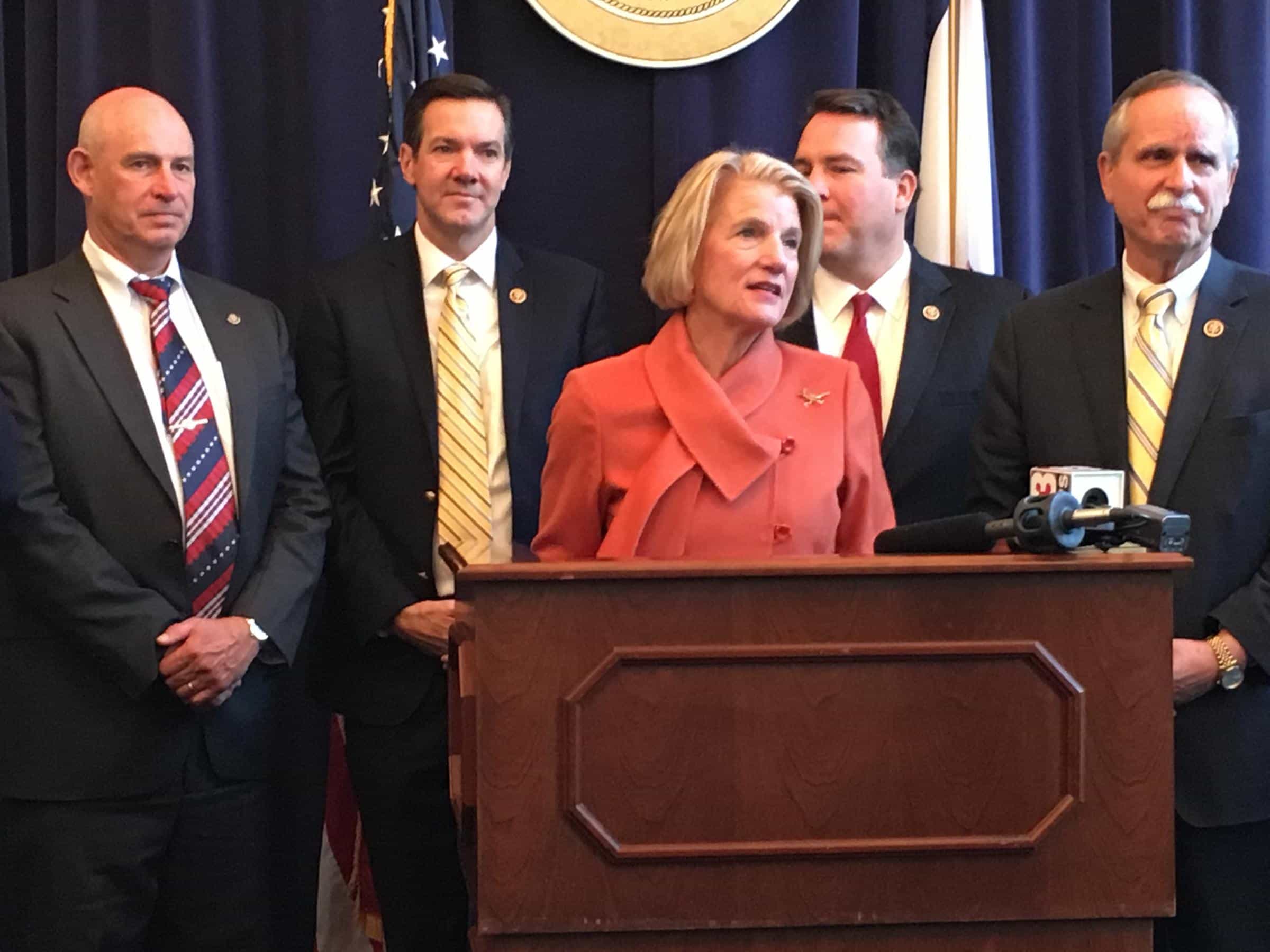 Both of West Virginia’s U.S. Senators have now announced their opposition to a federal healthcare bill that could result in the loss of healthcare coverage for millions of Americans.

Republican Sen. Shelley Moore Capito announced Tuesday afternoon in a press release she is a no vote on the bill. The statement came after Senate Majority Leader Mitch McConnell announced earlier in the day he would delay a vote of the full Senate until after the 4th of July holiday.

Capito’s announcement comes a day after six constituents were arrested in her Charleston office during a sit-in that was staged to protest the bill.

The bill itself is meant to repeal and replace the Affordable Care Act — former President Obama’s signature healthcare law.

The Congressional Budget Office released an analysis of the Senate’s version of the legislation earlier this week that said more than 22 million Americans would lose their health insurance should the bill pass in its current form.

In the statement, Capito said she has vowed to support a bill that lowers the cost of healthcare for West Virginians and increases access to substance abuse treatment, and this bill does not do that.

“As drafted, this bill will not ensure access to affordable health care in West Virginia, does not do enough to combat the opioid epidemic that is devastating my state, cuts traditional Medicaid too deeply, and harms rural health care providers,” Capito said.

“As drafted, the Senate health care bill is not the right fix for West Virginia,” she said, “and I cannot support it.”

Capito’s statement came in a joint release with Ohio Republican Sen. Rob Portman who also said he would vote no on the current plan.

By Tuesday, seven Republicans had indicated they would vote against the bill. It would take only two Republican no votes to kill it in the chamber.

Democratic Sen. Jon Manchin came out against the Republican legislation before the Senate’s version was released and has continued to lobby against it.

This story is co-published with 100 Days in Appalachia partner West Virginia Public Broadcasting.