It seems like everyday we hear the siren calls of a coming job apocalypse. A new report out of the PwC says that 38 percent of all jobs in America are at risk of being automated. Mostly affecting jobs that require little to no education. This could include entire industries such as truck driving, storage, or food service. We are told that the trade off will be worth it (not sure who gets to make that call). Millions of jobs will be destroyed, uneducated workers, the very ones whose jobs will be eliminated, will face potentially permanent unemployment and the already enormous class divide will worsen. But never fear, productivity and production will increase. For many people this report is alarming or even hard to believe but for those of us in Appalachia it is like deja vu.

We know how this ends

Growing up in a small Appalachian town, I was often told that our way of life was behind the times. A common joke was, “If the world were to end tomorrow, at least we would have a couple years to prepare for it.” However, I believe that much like the tortoise, somewhere among all the energy, excitement, and frenzied activity of the city, the people of these woods have quietly taken the lead. The very people portrayed as “slow” have out paced the hare in the march of history. If you want to see the future, look to the mountains.

I pastor a church in Bluefield, West Virginia. Once known as the “Gateway to the Coalfields” or even “Little New York.” A few decades ago, our city was booming. We were a commercial and economic hub, an industrial powerhouse. Times were good but there was one looming problem. As Tolkien would say in The Hobbit, “A safe fairyland is untrue in all worlds.” All of our economic activity was tied to one industry, affectionately known as “King Coal.” As early as the 1950’s the writing was on the wall, new machines such as continuous miners and inevitable globalization were going to deliver a mighty blow. A major percentage of our jobs were at risk of being mechanized or outsourced.

In the ‘80s, the predictions would become realities. Here is how Wikipedia sums up the economic destruction in McDowell County, ground zero for coal based economies.

“…personal income in the county decreased by 66% in one year. Housing values in even the most prosperous parts of the county plunged to devastatingly low values…

Marijuana crops, drug traffic, fraud, arson, and in one spectacular case at the Bank of Keystone — major white collar crime and embezzlement became factors in the unofficial economy of McDowell. County officials also reported significant increases in the rates of domestic abuse, suicide, and OxyContin abuse.

“Ninety percent of kids in McDowell County schools are below the poverty threshold for free and reduced-price lunches, forty-seven percent do not live with their biological parents, often because of incarceration and drug addiction, and 77 percent live in households in which no one has a job.” “Only 32% of adults are in the civilian labor force, compared to 63.5% nationally.”

Similar conditions to this is what the PwC is predicting for the entire country yet economists, apparently not from Appalachia, say it will be worth the trade.

Seeing the numbers you must realize that the destruction seems much larger than the crash. How is it that an entire region can have their identity shaped by the economic impact of one industry? At the highest point, only 15 percent of the people in McDowell County worked in mining but now it seems 100 percent of the county has been shaped by it.

an economy produces people as well as goods and services.” The economy is not, as many believe, a morally neutral ground. Instead, “economies structured by differing incentives are likely to produce people with differing preferences.”

A short aside about the use of “preferences” here. “Preferences” is economy-speak for what the rest of us — including theologians and political theorists — know as the traditional concepts of justice, equity, morality, and so on.

You see, losing a job is extremely hard. A job “is not merely a delivery mechanism for income that can be replaced by an alternative source. It’s a fundamental way that people assert their dignity, stake their claim in society, and understand their mutual obligations to one another.” Then when the only type of work you know is no longer even an option, it is even harder. Your very identity is now often lost. Spross continues, “There’s pretty clear evidence that losing this social identity matters as much as the loss of financial security. The damage done by long-term joblessness to mental and physical health is rivaled only by the death of a spouse. It wreaks havoc on marriages, families, mortality rates, alcoholism rates, and more.”

So when 2nd or 3rd generation coal miners lost their jobs they no longer knew who they were. They had always been a coal miner. Raised by a coal miner. Now their very identity was gone. This, coupled with predatory drug companies, lack of infrastructure investment, and higher education that promoted the exporting of young people, created the perfect storm in Appalachia. Our economies began to produce people that had little to no hope and a low view of themselves. Our local governments became dens of self-interest and self-preservation and this led to self-serving and uncharitable policies. It was not a short road from mechanization to poverty but it was the path of least resistance.

Now for the good news

In the book David and Goliath, Malcolm Gladwell says,

“The right question is whether we as a society need people who have emerged from some kind of trauma — and the answer is that we plainly do.”

He goes on to say, “the act of facing overwhelming odds produces greatness and beauty…the fact of being an underdog can change people in ways that we often fail to appreciate: it can open doors and create opportunities and educate and enlighten and make possible what might otherwise have seemed unthinkable.” It is not a pleasant reality. Many people have been crushed, many families destroyed in the wake of this storm but among the ashes, a few flowers have began to bloom.

One of the greatest joys in my life is to be a witness to the “greatness and beauty” being produced in Appalachia. The path has been long and it has been hard but that may be the very reason for the sweetness of the victories. Many of the sources of greatest pain have in a way given us our strength. We clearly recognize that we are not playing on the same economic field as the rest of the country. Appalachian writer Roderick Mullins recently said he had the feeling “the (economic) world was a tuxedo and Appalachia was a pair of brown shoes.” Yet, the loss of some economic incentives has actually freed us to find other incentives. For many people I know, these incentives have become honor, community, and justice.

In the best of my community, I see neighbors looking out for neighbors. I see people finding dignity not just in their job but in being a good friend, growing a garden, or making art in their back yard. I see cooperation like I never thought was possible. I see government employees working together across borders of cities, counties and even states. I see local lawyers offering to volunteer their time to any entrepreneurs with ideas for patents. I see local colleges with a renewed interest in adding value to the communities they serve.

I personally host a group of over 100 business owners that have committed to doing business locally because we are all in this together. I challenge them to refuse to buy off of someone that does not have a face, or at least one you have never seen. We are shortening supply chains and localizing production. I am seeing businesses promoting other businesses and bartering making a come back.

I see many people starting their own businesses. Providing a good service to their neighbors at a reasonable price. Seeing needs in a community and stepping up to offer a solution. Being voices of dignity and pride to our young people. I see churches serving under resourced schools, offering tutoring, and delivering messages of hope. I see the economically privileged deciding to stay and invest in their communities instead of moving to the beach. I see the retired coming out of retirement to teach and to “make.” We are a community of makers. I see trust being regained as we spend time with each other. I see former barriers of class or race disappearing at the very time that much of the country sees the opposite.

I think most of this would have been impossible if not for the path we have walked. Despair seemed inevitable but we never gave up. The path ahead of us is long and it is not going to be easy but silence is not our future and despair is not our end. Hope is rising and hope is not easily extinguished.

The experts are hillbillies

Let us return to where we began. America will soon be faced with a similar crash in the job market as what Appalachia has been through. Economists speak of potential “solutions” to the problems that will be created. These include an idea for a Universal Basic Income, known in our area as “the draw,” or even the idea of a “federal job guarantee.” It seems obvious to me that they are looking to the wrong “experts.” Why would you not turn to the ones who have been through the battle and have field tested strategies and resources? I think it is simply pride.

“You see the giant and the shepherd in the Valley of Elah and your eye is drawn to the man with sword and shield and the glittering armor. But so much of what is beautiful and valuable in the world comes from the shepherd, who has more strength and purpose than we ever imagine.”

It is humbling to turn to the shepherd, the one from the back woods. The one with the thick accent that you have previously mocked. The one you called slow. It is hard for the hare to turn to the tortoise. It is hard to believe that the very solutions our country is in desperate need of are best articulated with a country twang.

It seems impossible that the experts are hillbillies but Gladwell points out that, “Gifted children and child prodigies seem most likely to emerge in highly supportive family conditions. In contrast, geniuses have a perverse tendency of growing up in more adverse conditions.” As you look to the future, I challenge you to include us in the conversation. You may just be surprised! 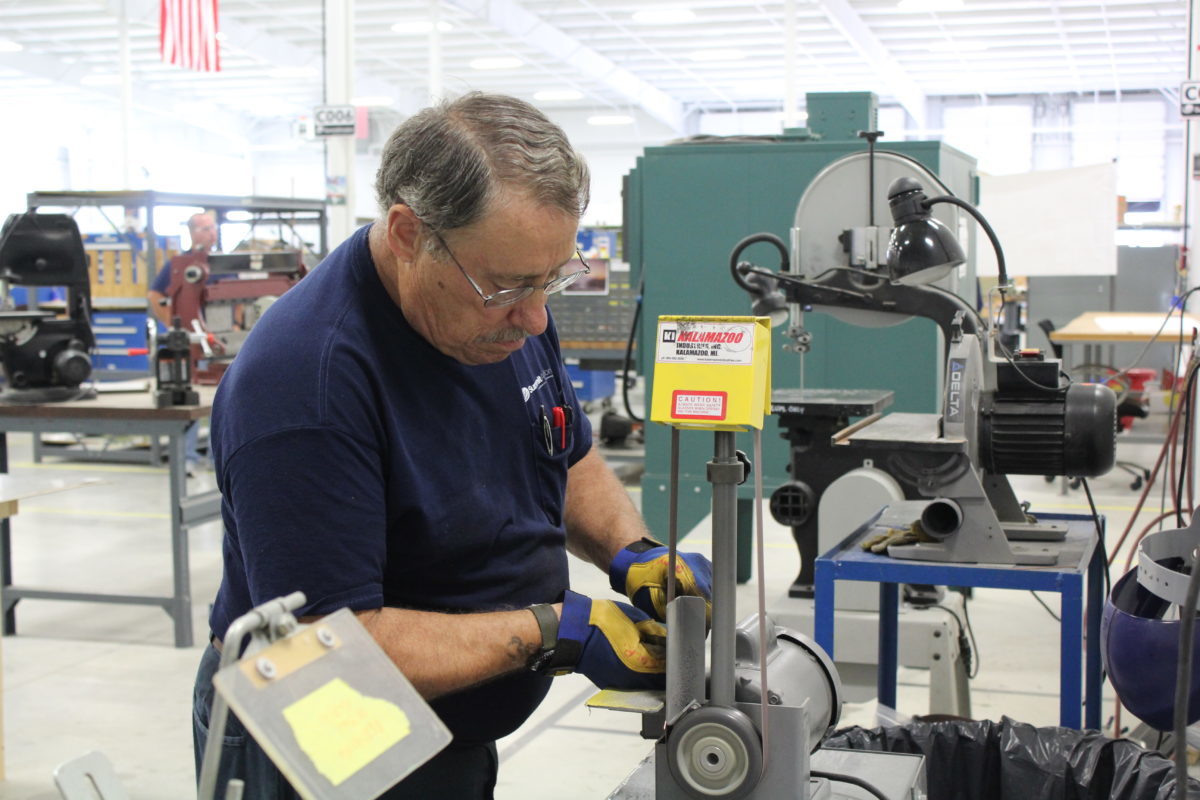 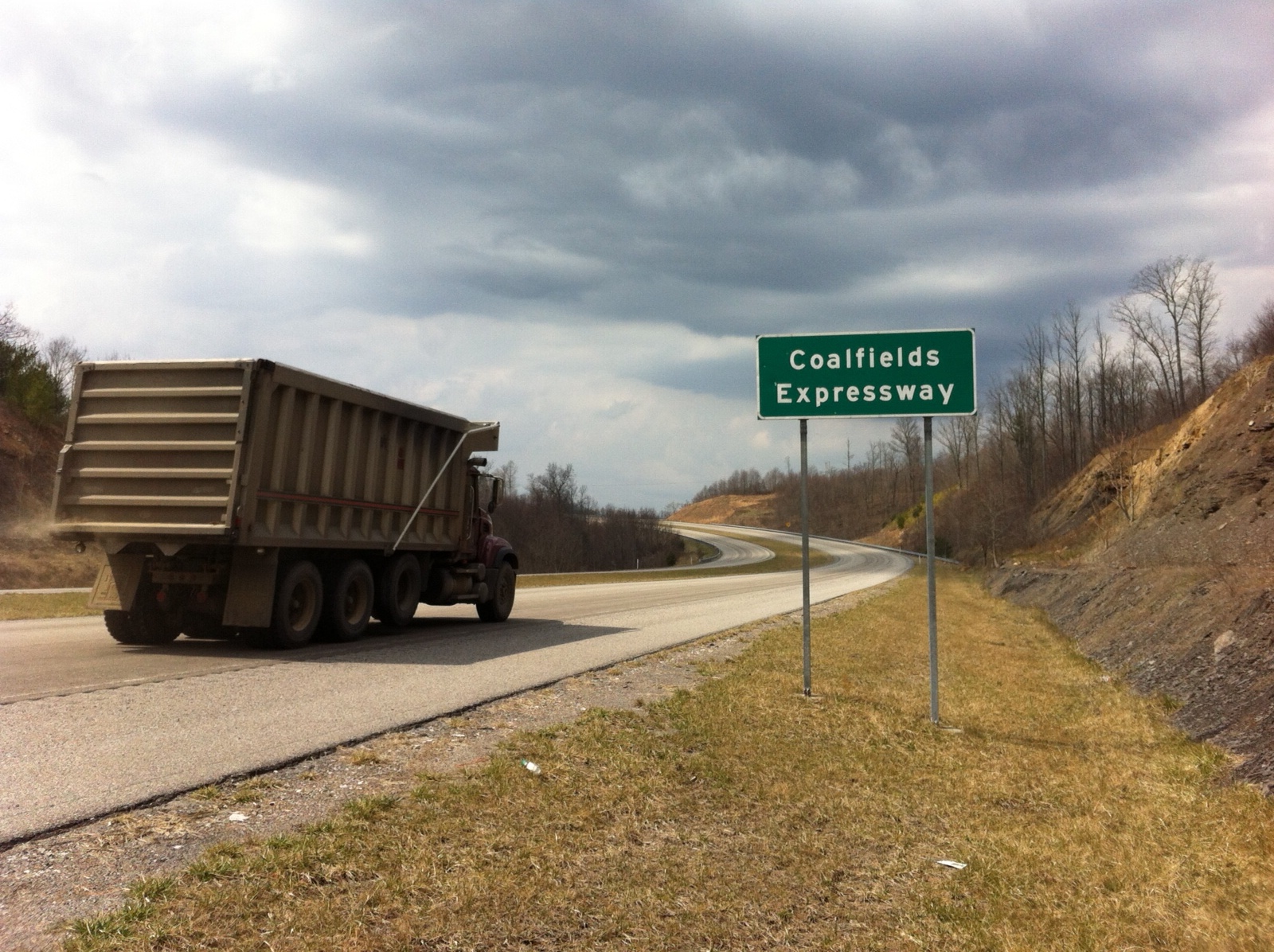 While President Trump pushes for a brand new wall to separate the Mexican and U.S. border that could…
byJessica Lilly 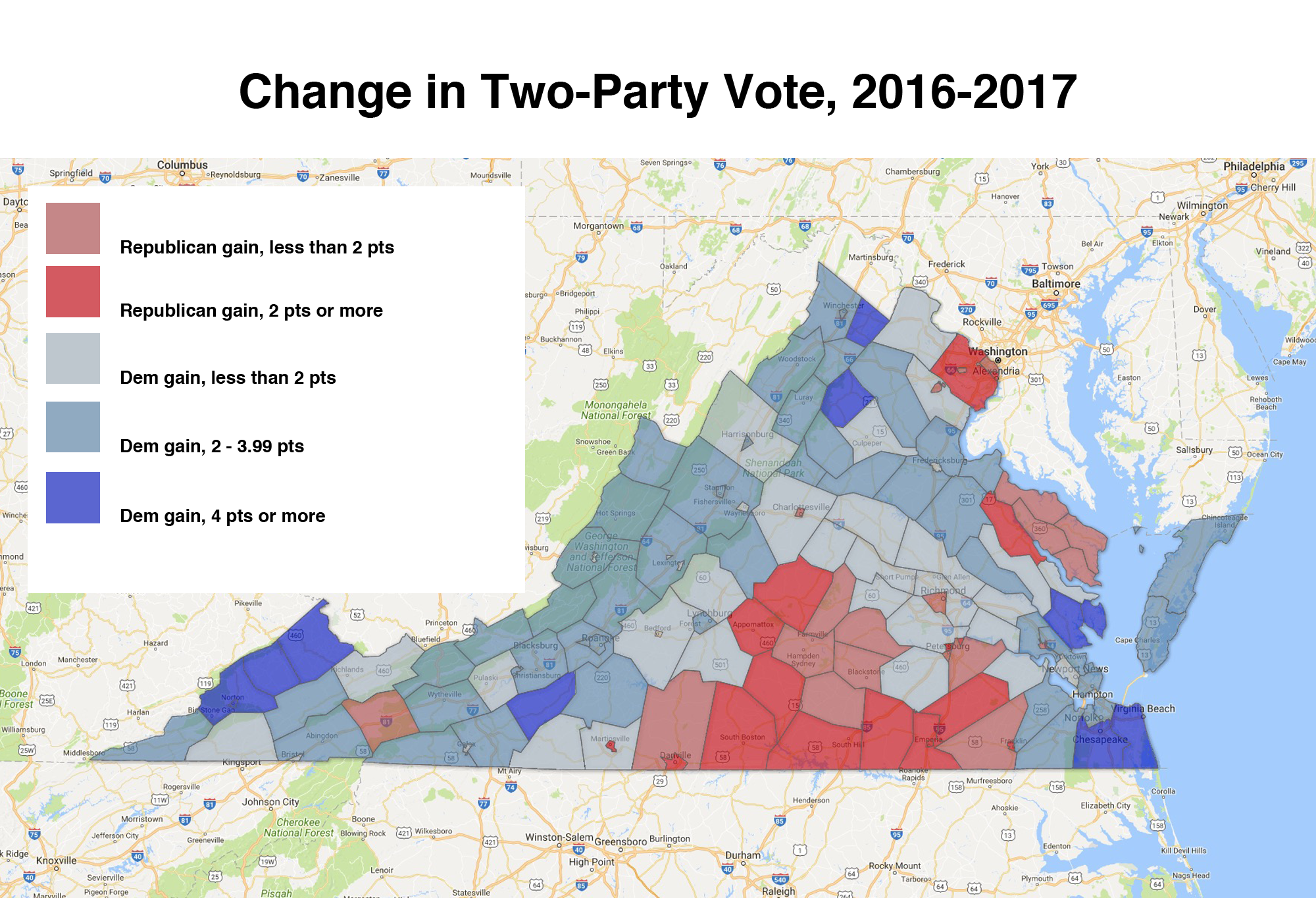 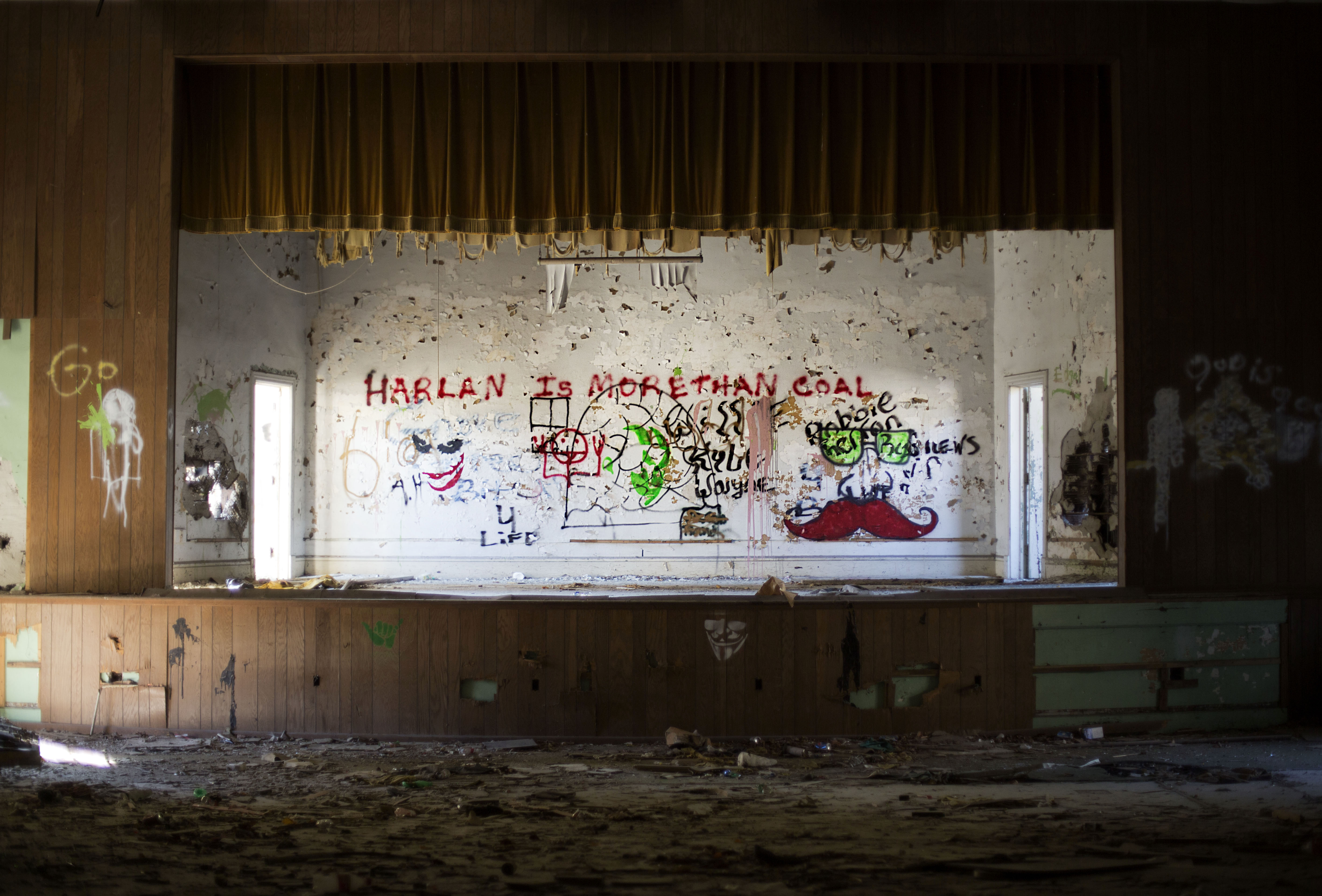