It is becoming an article of faith among the progressive left that the struggling working class, the poor and people from declining rural communities would vote for progressive left politicians if only they were told (or permitted to hear) about all the ways progressive policies would benefit their lives.

This is why MSNBC host Chris Hayes and Bernie Sanders came to McDowell County, West Virginia. The town hall covered issues from joblessness, to the opioid epidemic, to health care – or, as the coal miner on the panel continuously called it, “hospitalization.” As a West Virginian, I was glad to see Appalachian people speaking in their own voices instead of being used as a backdrop. Yes, Hayes and Sanders were using them as a bit of a backdrop for their message directed at Democratic power brokers and those viewers in their urban/costal bubbles. But, even as a backdrop, those people looked pretty normal and reasonably diverse: not the poor, dumb, violent, racist rubes of the stereotype. 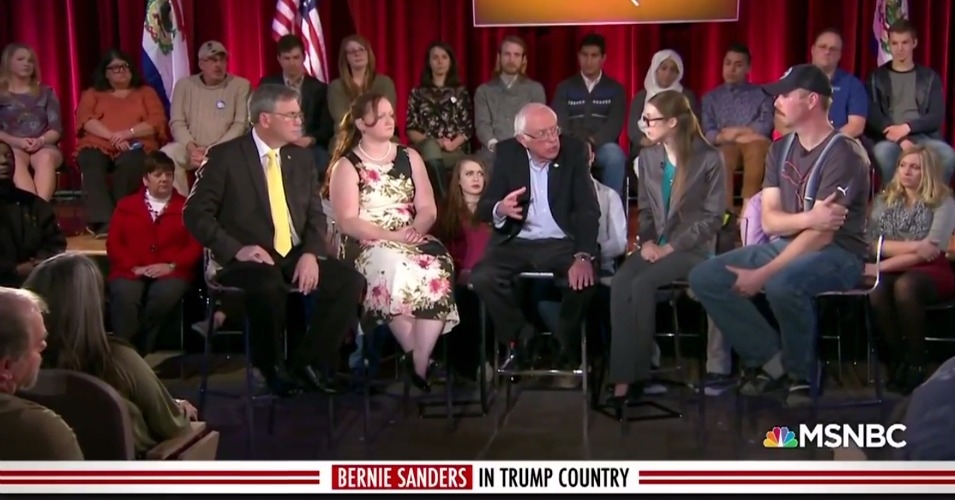 But if Sanders and other Democrats want to earn the votes of those people – not the people in this picture who chose to go to a Bernie Sanders town hall, but most everyone else in a state where 68 percent of the population voted for Trump – they will need to say something more than Sanders said here. To win here again, left-leaning politicians will need a more clearcut jobs plan, which is something that neither the progressive left nor the establishment Democrats have figured out.

Some political history: West Virginia was a Democratic state for decades because most of the households were headed by people who worked blue color jobs in industries like mining or manufacturing. Over time, institutional systems evolved to protect the wealth and the rights of those workers over the heretofore unbridled interests of their employers. These institutions, of which unions were a major player, channeled political power into the Democratic Party. From the Depression until 2000, the state voted for a Republican presidential candidate only three times. But by 2000 most of those blue-collar jobs had gone away, and the Democrats’ political power has been crumbling ever since. (When I was growing up, all of our Congressional reps were Democrats; now only one is – Joe Manchin – and he only got there by blowing holes in copies of Barack Obama’s legislation with a shotgun).

An important part of this story – one that progressives like Sanders should heed – is that the conservative message taps deep chords here: self-reliance; self-determination; the dignity of building something with your own hands; faith; kin. Not least of these is freedom. I do not mean the bumper sticker/flag-label platitude, but the kind of freedom you learn young while walking through the tall trees to the top of the ridge and you see all the other ridge lines rippling around you to the maroon horizon and not a soul in sight.

There can be no successful political message in Appalachia that does not hit these notes.

The Racism Explanation & Comparison to the Left in Europe

Some assume that racism and xenophobia are primary drivers pushing non-urban voters to the right. Even charitable versions of this view push the idea that the right is able to win with a message of fear. Fear of loss. Fear of the other.

Zack Beauchamp of Vox explores why the progressive left in Europe has been unable to win over populist, nativist voters with pure economic policies: “a party’s stance on economics isn’t very important to right-wing populist voters. People choose to back those parties because they want someone to shut down immigration and restrict the rights of Muslims, not because of those parties’ stances on trade or welfare spending.”

He points out that in Britain, the Labor party–under Jeremy Corbyn, who is compared more to Jill Stein than Bernie Sanders–has gone back to its socialist roots and is more unpopular than ever: “During Corbyn’s leadership, the far right has gained influence on UK politics, not lost it. Corbyn’s policy platform hasn’t stemmed the spread of anti-immigrant populism, and the Tories have made restricting immigration a central part of their agenda. Corbyn himself is now pandering to the right wing; he ordered Labour MPs to vote to begin the Brexit process in Parliament. And his numbers keep falling and falling. Left-wing politicians and writers insist that populist policies would win back disenchanted voters. In Britain, the exact opposite has happened.”

Bringing it back to America, Beauchamp says this explains some of Trump’s appeal. Not only that, but the populist, nativist elements of Trumpism are built on decades of conservative opposition to government spending on the grounds that the money may benefit minorities, particularly black folks. While that may be hard to accept for some (and a big fat “duh” for others) he has a graph that charts how much each state has spent on welfare: the whitest states spend the most, and the states with large black populations spend the least. 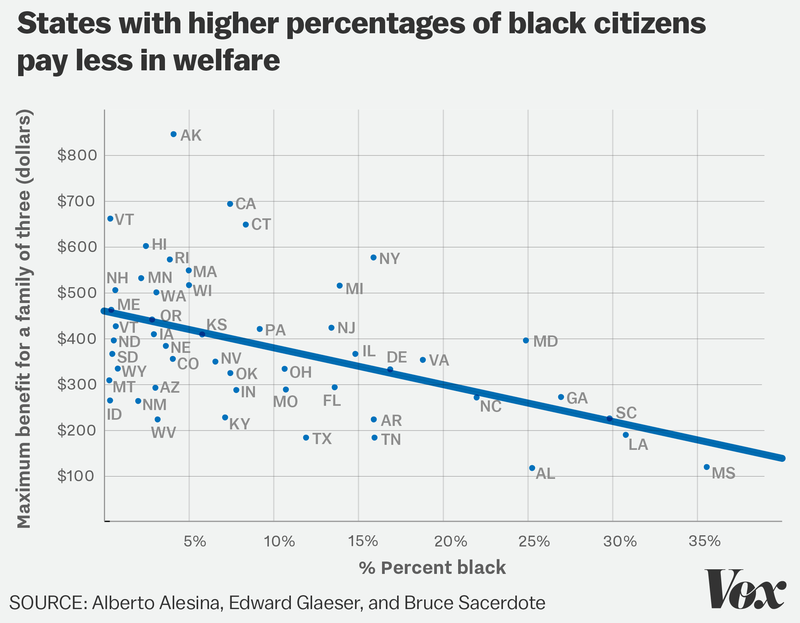 The implication is that if Democrats think they can go into “Trump Country” and promise health care and free college and redistribution from the top 1 percent , it might not win the nativist voters because 1) those voters might suspect minorities will benefit from that redistribution; and 2) populist right-wing politicians might begin promising the same redistribution for the sole benefit of white people (the emerging populist wing of the GOP is already pushing Trump to scrap Paul Ryan’s health care bill and replace it with a Medicare-for-all type program).

It is simply wrong that rural voters and the disaffected working class are driven to the GOP by racism and fear. Some of them are, but it is far from the main driver for most voters. In Appalachia specifically there are many myths about Appalachian whiteness that cast white residents in both heroic and villainous racial roles. Read a great analysis of these in Elizabeth Catte’s essay on this very webiste. 17 percent of Appalachian residents consider themselves an ethnic or racial minority (9 percent are black, 4 percent are hispanic). In the 1990s, 48 percent of the people who moved into Appalachia from somewhere else were non-white. Undoubtedly, some of these non-white Appalachians voted for Trump.

For any in the progressive left who think West Virginia is ripe for the picking, consider two bills working their way through the state legislature right now. One would allow people to opt out of vaccinating their children based on religious conviction. Another would reduce the number of mine safety inspections from four a year to practically zero. This is a deeply conservative state. But Democrats can get a hearing here if they have a clearer jobs message.

Progressives tend to think that they can win with the message of “sticking it to the man,” of a rigged economic game and promises to tax the wealthy for the benefit of the non-wealthy. Sanders’s main campaign plank was to break up the big banks. This can be a rousing message in West Virginia where most people know the history of our vast natural wealth taken out from under us and hauled out of the state. The tyranny of the Company Store is within living memory for most of us, passed down from our parents and grandparents who lived in coal camps.

So this progressive message at a stump speech might solicit cheers from a crowd of struggling working class people, but it soon begins to ring hollow. When it comes to their main concerns, this message passes like a sugar high and leaves them feeling empty. It is low-calorie politics.

I imagine one of these voters leaving such a rally thinking the following thoughts: ‘Ok, break up the big banks and spread the money around. Great. But after I drop off my kid at free childcare, what do I do with myself for the rest of the day? What job do I go to? I’ll get regular checkups with health insurance, but what is the great purpose in my life that my health is supposed to be in the service of? I can send my kid to tuition-free college, or even myself, but what’s the point of reading all those textbooks if I don’t know what career we’re supposed to enter when we graduate?’

These questions need to be answered. To do so, progressives need to become less allergic to supporting business interests and job creation. (The fact that left-wing parties in Europe are going in the other direction and becoming more socialist is an indication that the allergy is strong). Conservatives don’t have a clear 21st Century jobs plan either. Slashing regulations and taxes requires too much faith on the part of the voter that ‘Help Wanted’ signs will magically appear as a result.

We need clear, straightforward, step-by-step plans for building new industries and new jobs within old industries. This will require new thinking, heavy doses of local knowledge and probably a new class of politicians. Whoever figures this out first will do well in “Trump Country.” As Sanders knows – and as Trump has proven – if you can win in McDowell County, you are going to walk away with vast swaths of the rest of the country behind you. Maybe the future leader who will solve this riddle of jobs is living there right now.

Justin Snead (@JustinScotSnead) is a writer and educator from Beckley, West Virginia. He is Dean of Literary Instruction for a network of elementary and middle schools. He writes on many topics from politics to regional history to space exploration. 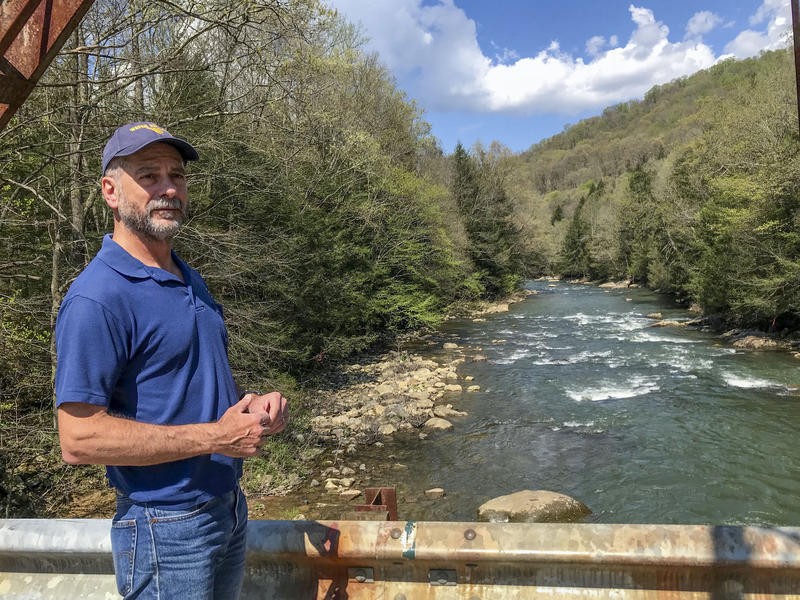 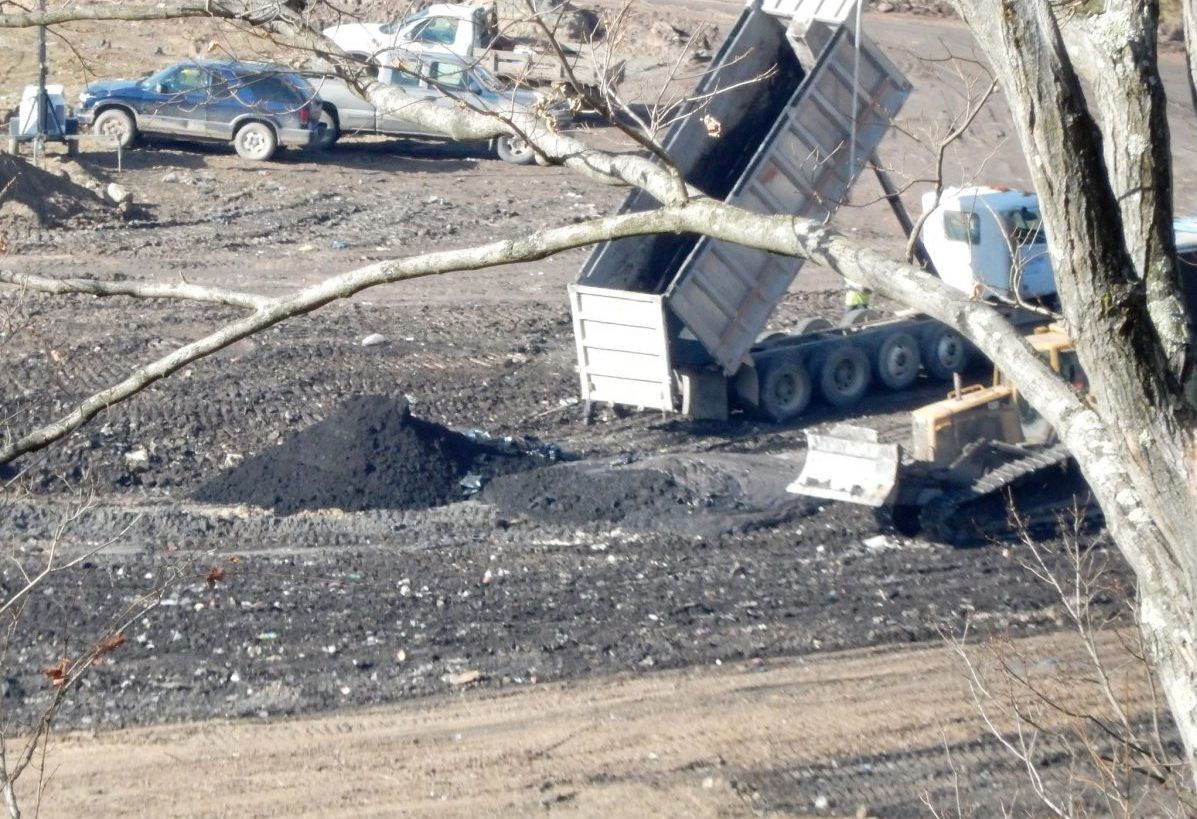 The slogan for Estill County is “where the bluegrass kisses the mountains.” But since 2015 the county, population 15,000, is…
byMary Meehan 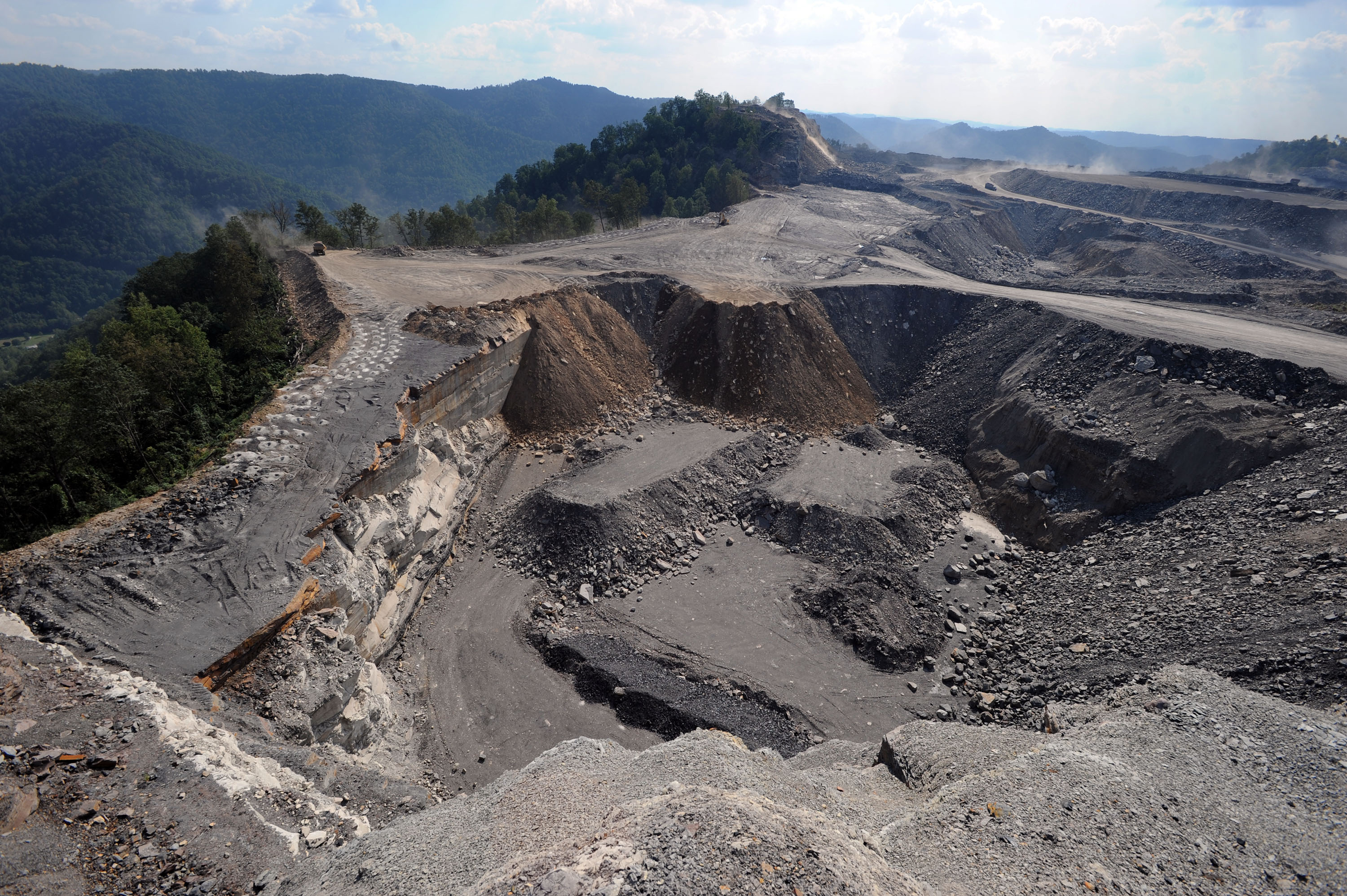