‘What Could I Have Saved?’: Eastern KY Floods Took Our Present, But Also Our Past

When people are asked what they’d grab first if their house caught fire, they often give practical answers — purses, wallets, laptops. They also say they’d rescue sentimental belongings — old photographs, the wedding ring passed down through generations, a quilt stitched by grandma. Even though it was a flood and not a fire, I found myself wondering the same thing the morning of July 28th as the first hours of daylight broke, when we were finally able to survey the damage following torrential rains in Knott County, Kentucky.

What could I have saved?

I’d spent the previous days participating in the Appalachian Writers’ Workshop, which convenes annually on the campus of Hindman Settlement School. Most of us consider the workshop a homecoming of sorts, a chance to reconnect with old friends, make new acquaintances, and revel in a shared love of Appalachian writing and culture with like-minded people.

But on that Thursday morning, many of us felt like victims. We’d evacuated lower lying areas of campus and buildings under the threat of mudslides and found refuge in the pitch-black night on the porch of the Stuckey house, a structure perched on the hillside high above the threat of water. Power was out and cell service was poor. We worried about family members in nearby counties and the participants who stayed off campus. Newly formed creeks roared down the mountainside, and we fretted about potential mudslides and falling trees. We only saw the rising waters of Troublesome Creek when flashes of lightning lit the sky purple.

As soon as the sun rose, bleary-eyed and still clad in pajamas, we assessed the flood’s destruction. Eight of the workshop participants lost vehicles. A storage shed belonging to the school was upturned on the creek bank. A family of confused, displaced ducks waddled around the wet parking lot. A historic cabin filled with musical instruments had been flooded. Mud and water covered the iconic Hindman Bridge, and branches and matted leaves hung in its metal suspensions.

The lower floor of the school’s main building was decimated. This meant near total destruction of administrative offices, two apartments, and worst of all, the archive room filled with irreplaceable books, letters, and photographs collected since the founding of the settlement school, the first of its kind, in 1902.

The workshop participants evacuated as quickly as possible. Without power and running water, and with more rain in the forecast, we were more of a liability to the community than a help.

As I navigated closed roads, mudslides and downed trees, I wished we could have predicted the overnight events. If only we’d known in the hours before, as we visited over old-time music, bourbon and wine, that by morning so much would be lost, we could have taken action to save the archives. Dozens of hands could have lifted boxes of books and carried stacks of documents to higher ground. The history could have been preserved.

If only we’d known.

On the drive home, I passed a white plastic lawn chair empty on the side of the road. I saw an animal (pig or dog I couldn’t tell) as swollen as a water-filled balloon washed up on the center yellow line. I saw a single shoe, a Sunday dress Oxford with the laces undone and tongue hanging out, in the middle of the pavement. A set of wooden deck stairs leading to nowhere rested on the road’s shoulder. Not only had we lost the archives — the past — we’d lost the present too.

I traveled back to Hindman Settlement School two days later heeding a plea for help with preserving the archives. After a few urgent phone calls, Jeremy Smith at Eastern Tennessee State University’s Archives of Appalachia, generously agreed to make space in university freezers for water-logged documents, an effort to halt the growth of mold until further assessment and restoration could begin.

The day was sunny with bright blue skies, a sharp contrast to the gray morning after the flood. Unlike the shoe, the drowned animal, the chair, and the stairs, the archives had not floated away. Instead they were entrenched, so water-soaked that they’d swelled and were stuck in the boxes and fire-safe drawers they’d inhabited for years.

The archive room was dark, lit only by two camping lanterns. My rubber boots, the ones decorated with bumblebees that I bought to garden in and never intended to wear into a flood-zone, squelched in inch-thick mud that had started to smell sour.

Gnats darted at my head as I inspected the labels in the drawers: pamphlets from the 1970s, the script from a performance in 1959, every brochure the school had ever mailed, newsletters, alphabetized and typewriter-recorded ballads, cassette tapes of oral history marked with first and last names.

It was a daunting task. Where should we even start? Could we save even some of it, let alone all of it? Jeremy Smith from ETSU told me, “Focus on what you believe is unique to the settlement school, what can’t be found elsewhere.”

Some rare items were obvious: an album of daguerreotype portraits, framed black and white photos of teenagers square dancing and boys fishing in the creek with their pant legs rolled up, James Still’s bent straw hat, three hard-backed ledgers belonging to Mae Stone who co-founded the school.

In the corner of the room, books on bottom shelves appeared irreparable, spines twisted and pages clumped thick with khaki-colored mud, their covers unreadable. “These can’t be saved,” I said, picking up a volume to inspect it.

Robert Gipe, a writer and former Appalachian studies professor who also had come to help, disagreed. “We need to try to save them. Somebody thought they were worth keeping.”

He was right. These books had comprised the library of Elizabeth Watts, an early director of the school. For all I knew, those title pages were rife with the autographs of Lucy Furman, James Still and Harriet Arnow, authors who are foundational to Appalachian literature.

As boxes were hauled from the dark, swampy room, I thought about my own archives at home. I considered all the things I’d saved because I deemed them, in Robert’s words, “worth keeping.” The plane ticket from my first trip overseas, old report cards, half-filled diaries with missing keys, locks of hair from my babies’ first haircuts, first Easter dresses, my kids’ finger paintings and preschool self-portraits that look more like amorphous blobs than anything humanoid, tens of thousands of photos cataloged on my computer. I have preserved countless objects that I value, that to me are priceless.

These are the objects I’d rescue in a fire, the objects that make up my family’s story, our history.

The archives at Hindman Settlement School are so much more than one family’s legacy though. They chronicle the past of an entire region.

Fortunately, with the help of Alex Brooks, a conservationist, and other volunteers from Kentucky Natural Land Trust, as well as Alexia Ault, an archivist from Southeast Community and Technical College, and the archival department from East Tennessee State University, the contents of the school’s archives have been triaged. I confess that in the seven times I visited the Hindman Settlement School, in the more than thirty days I stayed on its campus, I never once visited the archive room. I won’t ever take that history for granted again.

At the very moment I write these words, the individual pages of Mae Stone and Katherine Petit’s handwritten account of the school’s origin lay in rows on the wooden floor of the school’s meeting hall. Photographs are drying in the only air-conditioned building on campus, and 35-mm Kodak slides are clothes-pinned to strings stretched between cafeteria chairs.

Efforts will continue to be made to recover the damaged archives. It will be our job to explore them, remember them, and pass them on. The Katherine Petits and Mae Stones, the Lucy Furmans and Elizabeth Watts of our past saved the history for us, and we must save it for the future. We must live it and breathe it.

One day it will be our written accounts and filmed interviews telling future generations how whole communities rolled up their sleeves and shoveled mud from living rooms, how we fried bacon and stirred gravy on donated grills for all the folks who’d found themselves hungry and houseless, how truckloads of water poured in from hundreds of miles away, how we cried on each other’s shoulder for the greatest losses, the loss of human life, and then, how we all pulled together, saved the past and pressed forward, to resurrect Eastern Kentucky and make it viable for generations to come.

Erin Miller Reid is a writer, dermatologist, and native Kentuckian who lives in Kingsport, Tennessee. Her work has been published in Still: The Journal, Appalachian Review, and Pine Mountain Sand and Gravel. She recently completed her first novel.

‘What Could I Have Saved?’: Eastern KY Floods Took Our Present, But Also Our Past 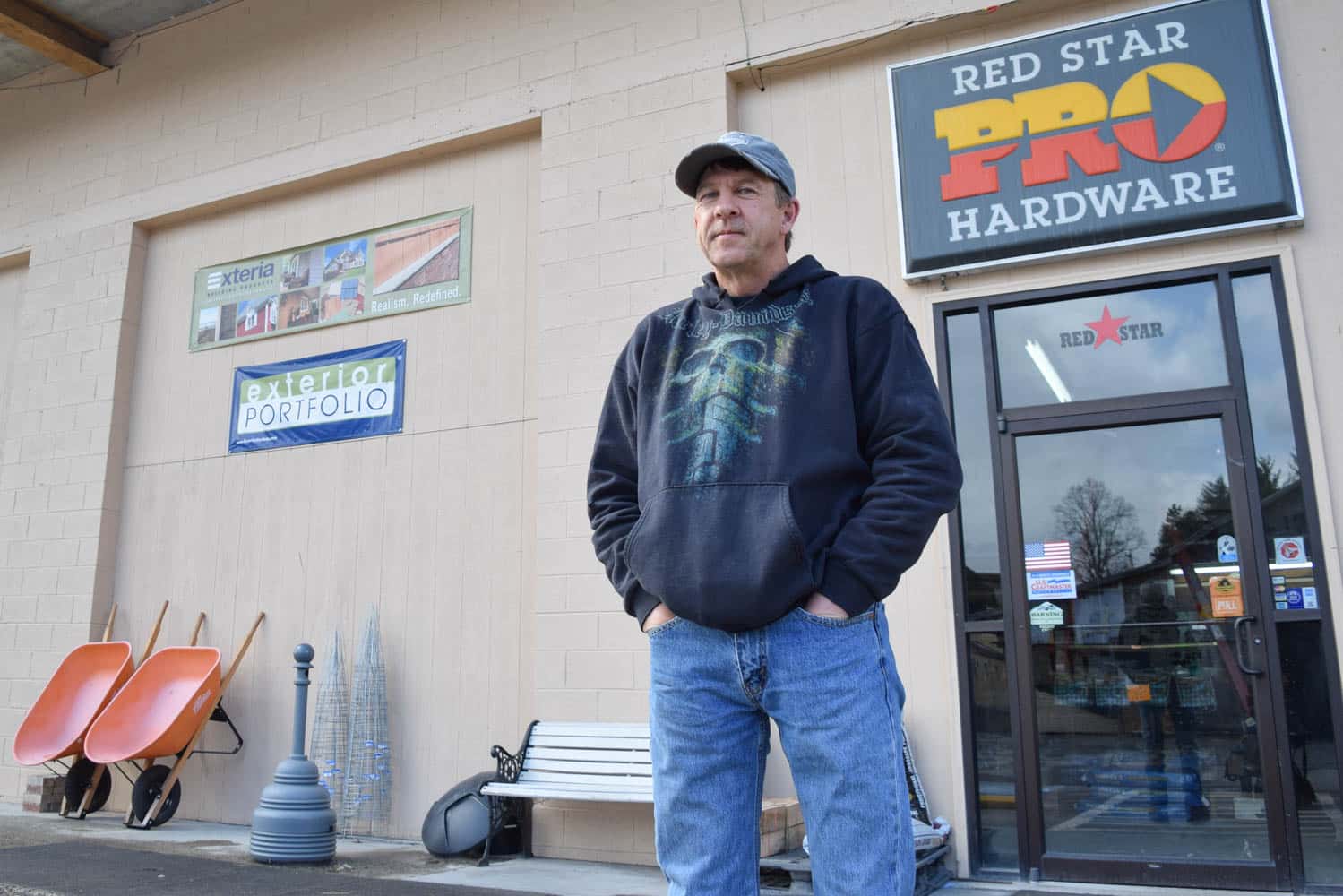 If There’s Another Flood, ‘I Certainly Won’t Wait for Anybody to Call Me. I’ll Just Come Down, Start Paddling’

Part 1 of 4: Remembering the Flood The town of Rainelle woke up Thursday morning of June 23,…
byJennifer Skinner 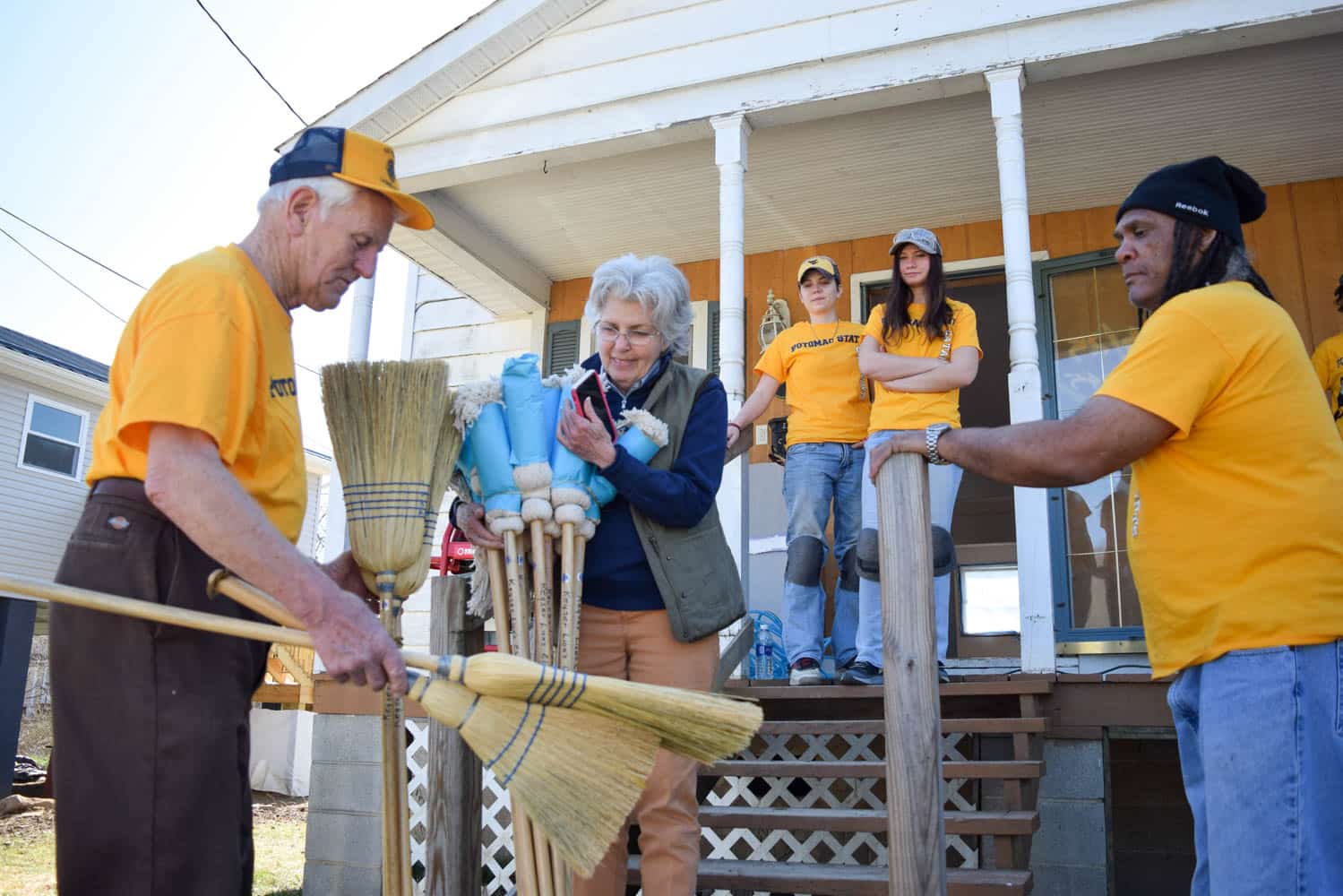 While Rebuilding, Rainelle Residents Hear ‘The Song and the Sound of the Nails, and it’s Like Music to Your Ears’ 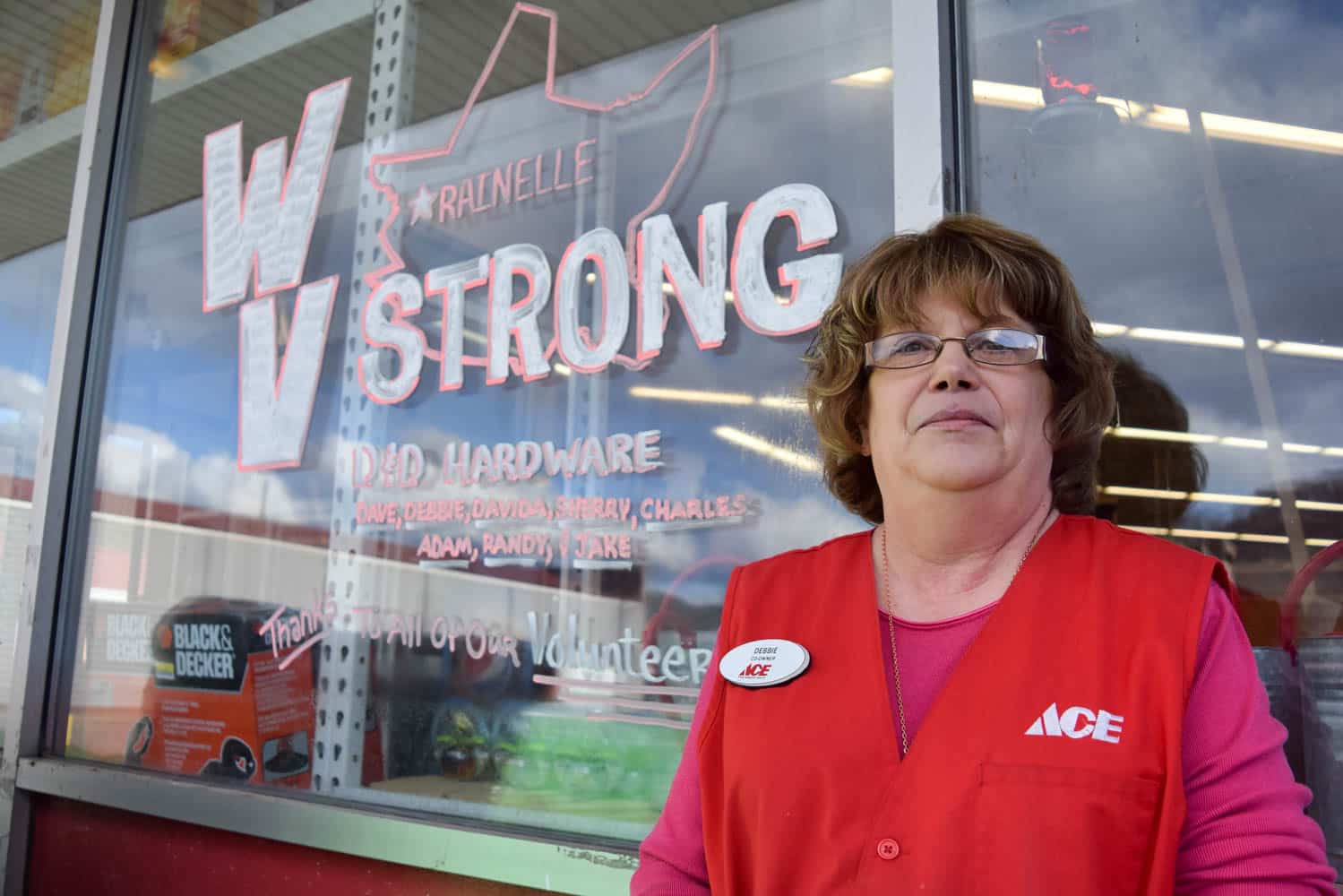 ‘Everything’s Getting Flooded Downstairs, But You Just Go Upstairs and Wait’

Part 2 of 4: Remembering the Flood One of the deadliest and most destructive floods recorded in West…
byJennifer Skinner 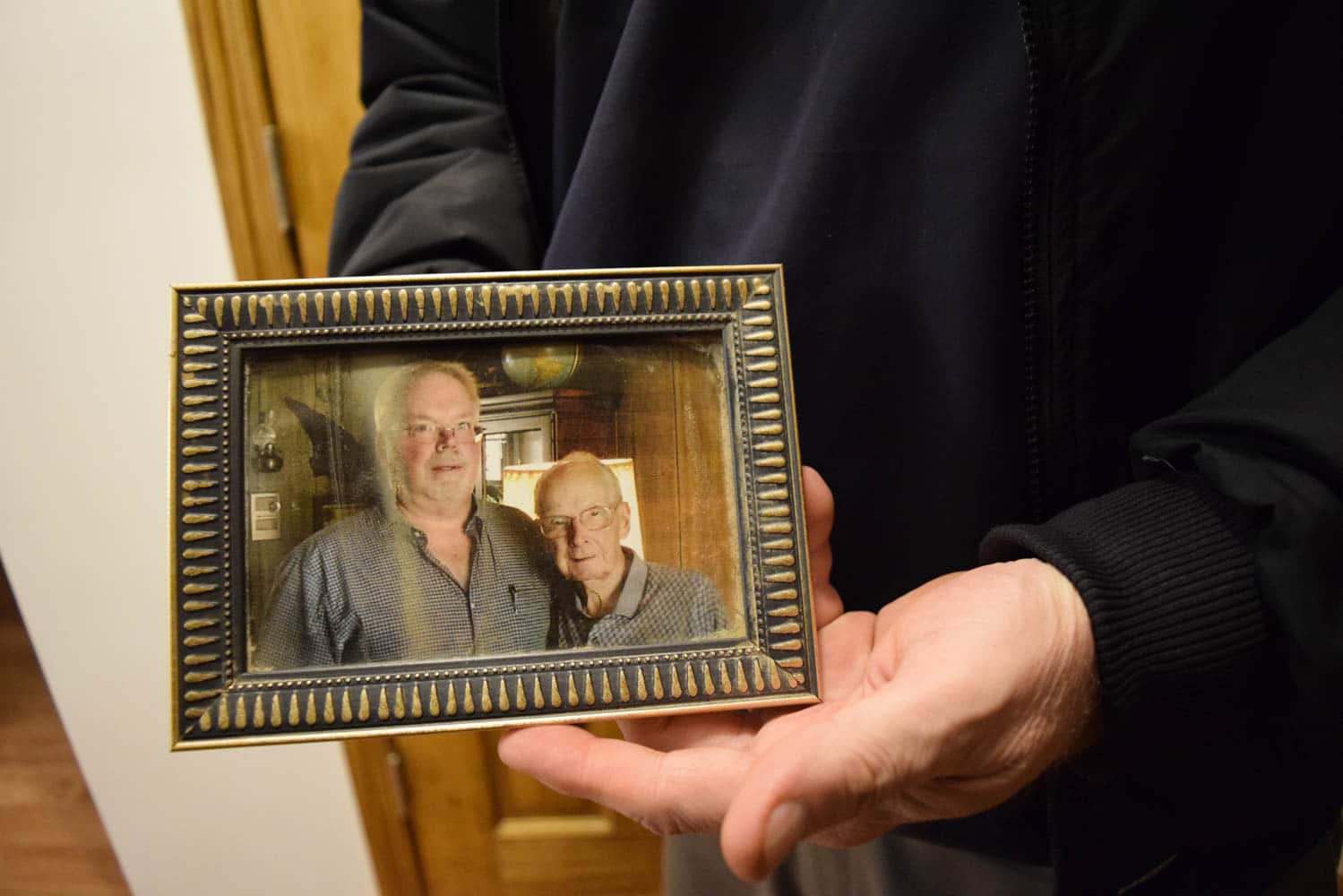 ‘I Kept Thinking, Surely Somebody Will Come’