Four years after being elected to the Parkersburg City Council with help from progressives, Eric Barber was all in for Trump.

Co-published with The Intercept.

Eric Barber was elected as a Democrat to the Parkersburg City Council in West Virginia in 2016. Local progressives supported his campaign, and once in office, he sponsored a nondiscrimination ordinance that would extend additional protections based on gender identity and sexual orientation.

Four years later, he was part of the mob that stormed the U.S. Capitol on January 6, 2021. In December, Barber pleaded guilty to two misdemeanors stemming from that incident.

Barber’s evolution was the result of a series of political calculations he made to save his own career. It was also the outcome of a successful project by right-wing and Republican operatives to take over the political spaces once held by powerful Democratic labor unions, which crumbled under deindustrialization and lack of investment from national Democrats.

Other Democrats in the state have similarly shifted right, though not to the same degree as Barber. West Virginia Gov. Jim Justice was elected in 2016 as a Democrat. The next year, in an appearance beside President Donald Trump, Justice changed his party affiliation to Republican. Sen. Joe Manchin has always been a conservative Democrat, but with Democrats in control of the White House and Congress, his conservatism on environmental and economic issues comes with an increasing cost: blocking much of his party’s agenda.

The change has happened amid what Sam Workman, director of the Rockefeller Institute of Policy Research and Public Affairs at West Virginia University, describes as “the nationalization of politics in West Virginia.” In places where corporations buy up large portions of media share, it’s much easier for national party politics to influence state and local politics, Workman said. “In the old days, the tether for the Democratic Party, or the left, was labor unions. … But with the capitulation of labor, what you get is that these national media narratives can now be really influential in state and local politics because there is no countervailing power or force to check them that sews together societal elements in the way that labor used to.”

Those dynamics help explain why Barber ended up at the Capitol on January 6, Workman said.

Barber’s transformation didn’t happen overnight, but it did happen quickly. When local activists got Barber to support their campaign to pass a nondiscrimination ordinance in 2017, a right-wing group stepped in to stop them. The Family Policy Council of West Virginia, a local branch of the national Family Research Council, actively fought similar ordinances that were proposed in more than a dozen cities in the state.

With the FPC’s intervention, the local debate over the ordinance became increasingly contentious. Shortly before the city council vote, it was reported that Barber was convicted of a felony. “So now I’ve got all these folks coming at me, talking about, “Oh, recall! We didn’t know you were a felon. Yeah, yeah, you can vote for that if you want,’” Barber recounted in an interview. He eventually voted against the ordinance he had originally sponsored, and it failed 6-3.

“I just took the politician’s road,” Barber said. “I went with what I thought was the best play.”

That vote cost Barber his progressive allies, who began to notice a change in his behavior. “He’s not talking to constituents and dealing with their needs,” said Eric Engle, chair of Mid-Ohio Valley Climate Action, a climate advocacy group. “He’s not addressing anything locally in his district that’s of any benefit to his constituents. It’s all culture wars at this point.” In 2020, Barber lost his seat to Democrat Wendy Tuck by just under 80 votes.

Looking back, Barber blames the people who helped him get elected for his turn to Trumpism. “The more the hard left hated me, the more I searched out the warm embrace and hug of conservatism,” Barber said. “The more you guys were against me, the more they supported me. And the more hardcore Trump-like I was, the more positive feedback I got.” 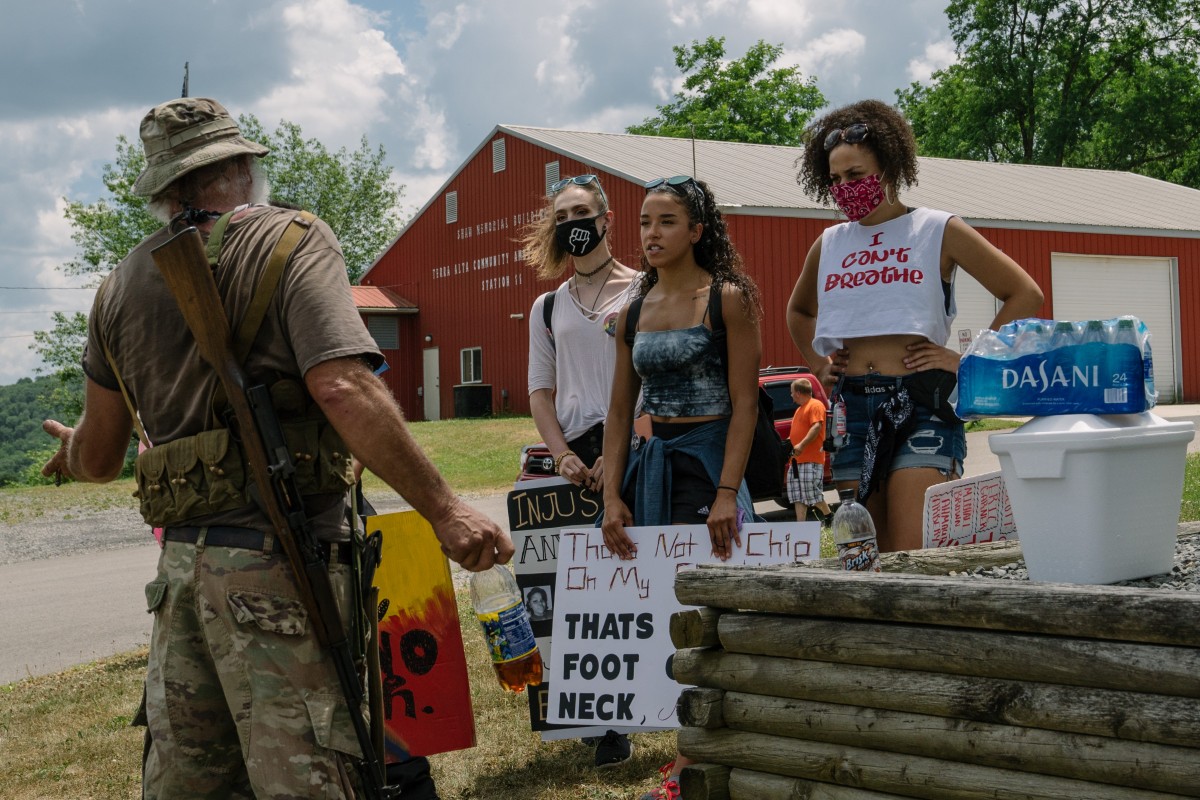 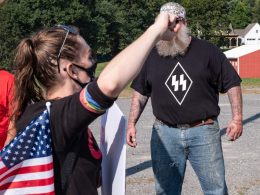 Reporting Locally on Domestic Extremism? Here’s How to Not Platform Their Violence, A Case Study

It’s easy to find examples of how not to cover extremist violence and groups in American news coverage.…
byChris Jones
2 shares
2
0
0 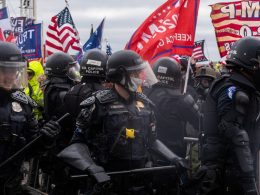 This article was originally published by Ohio Valley ReSource. The January 6 attack on the U.S. Capitol left…
bySuhail Bhat and Jeff Young 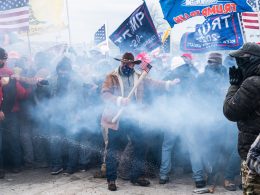 On January 6, a violent mob of Pro-Trump supporters and far right extremists stormed the U.S. Capitol as…
byChris Jones
38 shares
38
0
0