byAdam Rosen
976 shares
975
0
1
8 minute read
Tou Lee and his wife Chue Lee own and operate Lee’s One Fortune Farm in Western North Carolina, one of the only farms growing and selling rice in the region. Photo: Aaron Dahlstrom/100 Days in Appalachia
Total
976
Shares
975
0
1

When Chue Lee first started selling Laotian sticky rice at the East Asheville farmers market, she didn’t have much luck. The rice was unfamiliar to customers and cost quite a bit more than what you could get at the supermarket. People just didn’t know what to make of it.

“Well, the first year was like, ‘Okay, it’s my foot in the door. Just get my foot in the door, introduce people to new things, and see how the second year goes.’ The rice at the market is like $3.50, and people are thinking it’s too expensive. But a few customers buy it. And then they come back and they say, ‘Oh my gosh, I paid $3.50 and it’s worth more than that!’”

Seven years later, Lee’s sticky rice  — and other varieties she sells with her husband, Tou Lee — has become a hit at farmers markets in Asheville and nearby Black Mountain. It can even be found in several upscale restaurants in the Asheville area.

The Lees, Hmong immigrants born in Laos just before the end of the Vietnam War, own Lee’s One Fortune Farm. Officially headquartered in Marion, North Carolina, about 40 minutes east of Asheville, the farm operates under something like a cooperative system. The Lees grow their rice, and different varieties of fruits and vegetables native to Southeast Asia, on eight small plots, many of them not much larger than an acre. Some of the plots, scattered around McDowell County (where Marion is located) and adjacent counties, are owned and leased by relatives, but the Lees harvest everything and sell it under the Lee’s One Fortune Farm name.

Many people are surprised to learn that you can grow rice in the mountains, the Lees say. The vast majority of rice grown in the U.S. — your basic white or brown variety — comes from just four regions: the Mississippi Delta, the Arkansas Grand Prairie, the Gulf Coast and the Sacramento Valley. The crop has a rightful reputation for growing in hot, flat areas that can be easily flooded.

As it turns out, though, heirloom rice from the Laotian highlands grows very well in parts of the Southern Appalachians, with its similarly hot days and cool nights. An “upland” rice, it grows on drier ground and consumes less water than standard varieties, and it can be planted like corn.

According to the Lees, Laotian sticky rice first came to the U.S. in the late ’80s or early ’90s when a Laotian woman immigrating to California “smuggled” a few ounces of seeds in her coin purse. They made their way to cities in California’s Central Valley, home to some of the largest Hmong communities in the U.S., but the results were disappointing: The rice stalks never grew higher than about a foot or yielded more than a few-dozen grains.

“Families gave up on [it] and said, ‘Well, it’s no good. [This rice] will never grow in America.’ So they shipped it up here to some of the families that we know of,” Tou says. “And they give it a shot. The first year it came up the rice was over five feet tall.”

In 2017, the Hmong population of the U.S. was estimated to be around 300,000. North Carolina’s population is concentrated in Hickory, in the Piedmont. Hmong presence in the mountains is tiny — you can count it “by hand,” Chue says. By the Lees’ estimate, every Hmong person in their area is either a blood relative or related by marriage.

As a result, after the Lees first started farming, they focused on satisfying demand for Laotian rice among the greater Hmong diaspora in the U.S., sending freezer bags to Minnesota and California, which have the largest concentrations of Hmong immigrants in the country. At the time Chue was working as an office manager and Tou as an engineer. Today she grows and manages the farm full time; Tou splits his time between farming and working as a product manager for a pharmaceutical company.

Eventually, however, they started looking for distribution outlets closer to home. This search brought them into contact with the Appalachian Sustainable Agriculture Project (ASAP), a nonprofit based in Asheville that promotes family-owned farms in Western North Carolina and provides resources to farmers. That’s how the Lees wound up at the East Asheville farmers market.

ASAP director Molly Nicholie confirms that there are very few farmers growing rice in the region. “It requires specific processing and equipment that most farmers don’t have, or certain know-how.” Local growers, she says, can’t just decide to plant it on a whim, like they would, say, tomatoes. “There’s so much more involved.”

A grant from the Golden LEAF Foundation, the agricultural endowment created from North Carolina’s 1999 Master Settlement Agreement with tobacco companies, helped the Lees purchase a harvester last year, increasing their harvesting capacity twentyfold. Up until then, all of the Lees’ rice was cut by hand, though certain varieties — such as their fragile green rice, picked before it matures — will continue to be.

On the flip side, the lack of locally grown rice in Western North Carolina has contributed to its novelty and appeal, at least in the Asheville area, where, the Lees say, many residents and visitors are well-traveled and willing to try unfamiliar foods. They don’t go to farmers markets in the Marion area because there hasn’t been much demand for their offerings.

“I think that part of what makes their products so unique is that you can’t find it anywhere,” says Nicholie. “Most places don’t have a purple sticky rice or even some of the sweet sticky rice varieties that they brought over from Laos.” As a result, people are “willing to pay a premium for it.”

While the Lees’ story of hard work, sacrifice and success may feel familiar, their beginnings are anything but.

The Lees, like the vast majority of Hmong immigrants in the United States, arrived in the country as refugees in the wake of the U.S. military withdrawal from Vietnam and the takeover of the Laotian government by the Pathet Lao communist group in 1975. During the twin conflicts, many Hmong villagers, who were concentrated in the highlands in the northern part of Laos, allied with the U.S. against both Pathet Lao and North Vietnamese forces; Chue’s father was in the anticommunist Royal Lao Army, and Tou’s father worked with the CIA. After Pathet Lao came to power, Tou and Chue (who did not meet until they were in the U.S.) were forced to literally run for their lives.

Tou was born in Long Cheng, the military headquarters of the Royal Lao Army and the base for a secret CIA-run airline nicknamed “Air America.” Born just before the Pathet Lao took power, he spent the first five years of his life hiding in the jungle before escaping with his family to a refugee camp in Thailand, where he lived for a year and a half. In 1979, his family moved to North Cove, just outside Marion, to live with an uncle who sponsored them. “The first time I ever wore shoes was on the bus to the airport and inside the airplane to the United States,” he says.

Chue arrived in the U.S. in 1984, after two years in a refugee camp in Thailand and “roaming the jungles of Laos” before that. “My dad said, ‘We got to leave. Because once they find out who I am, we’re not going to make it here.’” Her family moved to San Diego to be with an uncle who was sponsoring them.

After the deep instability of his early life, Tou had a regular American childhood in the Marion area, he says, and he never felt mistreated because of his identity. “I was one of the hillbillies here. I felt at home.” And, he says, there are actually lots of similarities between his area of Laos and Marion.

“If you go anywhere in the villages of Laos and if you need something, chances are people will help you obtain it or provide it. And when I came here, that was the similar feeling that I had, culturally. As far as geographically, the hills [are] very reminiscent of Laos — the heavy, tall trees everywhere, all kinds of little creeks and springs everywhere.”

In 1984, Tou’s family moved to the San Diego area temporarily; he met Chue the year after. They now have six children and a granddaughter.

According to Melissa Borja, a professor at the University of Michigan who researches Hmong refugee resettlement, the resettlement pattern of immigrants from Southeast Asia was very different than it was for previous immigrants to the U.S. from Asian countries. Instead of being concentrated in a specific area (like, say, a Chinatown), Hmong, Vietnamese, and Cambodian immigrants were “spread out” throughout the country “so they wouldn’t locally burden particular communities” and “would assimilate more quickly.”

Eventually, many Hmong wanted to reconnect with others who shared their background and cultural and ritual practices, and distinct communities started to coalesce, especially in California and Minnesota. Nevertheless, Borja says, an interest in farming — a historical Hmong occupation — attracted immigrants to smaller or more rural communities, such as those in North Carolina.

While Lee’s One Fortune Farm is now deeply embedded in the food scene of Western North Carolina, the Lees’ mission goes beyond simply growing and selling unique, hard-to-find food. At this point, they see education as just as much a part of their calling.

“The best part of marketing is sharing information with my customers,” says Chue. She and Tou say they never tire of explaining the ins and outs of Asian pears, Thai eggplant, sweet sticky rice and their many other offerings. “I can have 1,000 customers. And about 60 percent of them asking the same question during the whole market. And I’m willing to explain the same thing, even when the other person is no more than five feet behind them,” Tou says.

In fact, their long-term goal is to purchase a larger site that doubles as a learning center where groups can come and learn about all of their crops in a single place. Their other plan is to get into the wholesale market and supply rice and Asian vegetables to the mid-Atlantic’s growing Asian population. They may even take a crack at growing those more familiar brown and white rice varieties. “We’re crazy enough we might [try],” Tou says.

The Lees’ relationship to their homeland is bittersweet. Although they have dedicated much of their adult lives to carrying on Hmong traditions through farming, neither has returned to Laos since fleeing it as a child. “Because of my family service, I am not a really accepted or liked person over there,” says Tou. “At three months old, I was slated to be found and picked up” by communist forces. “At three months old.”

“This is hope,” he says, gesturing toward a modest field full of spent sticky rice stalks. “I know that [Laos] is where I came from. I know that that was the original place that I was born and that was my first home. . . But as far as, you know, how I feel about here versus there? This is more home than that over there is.” 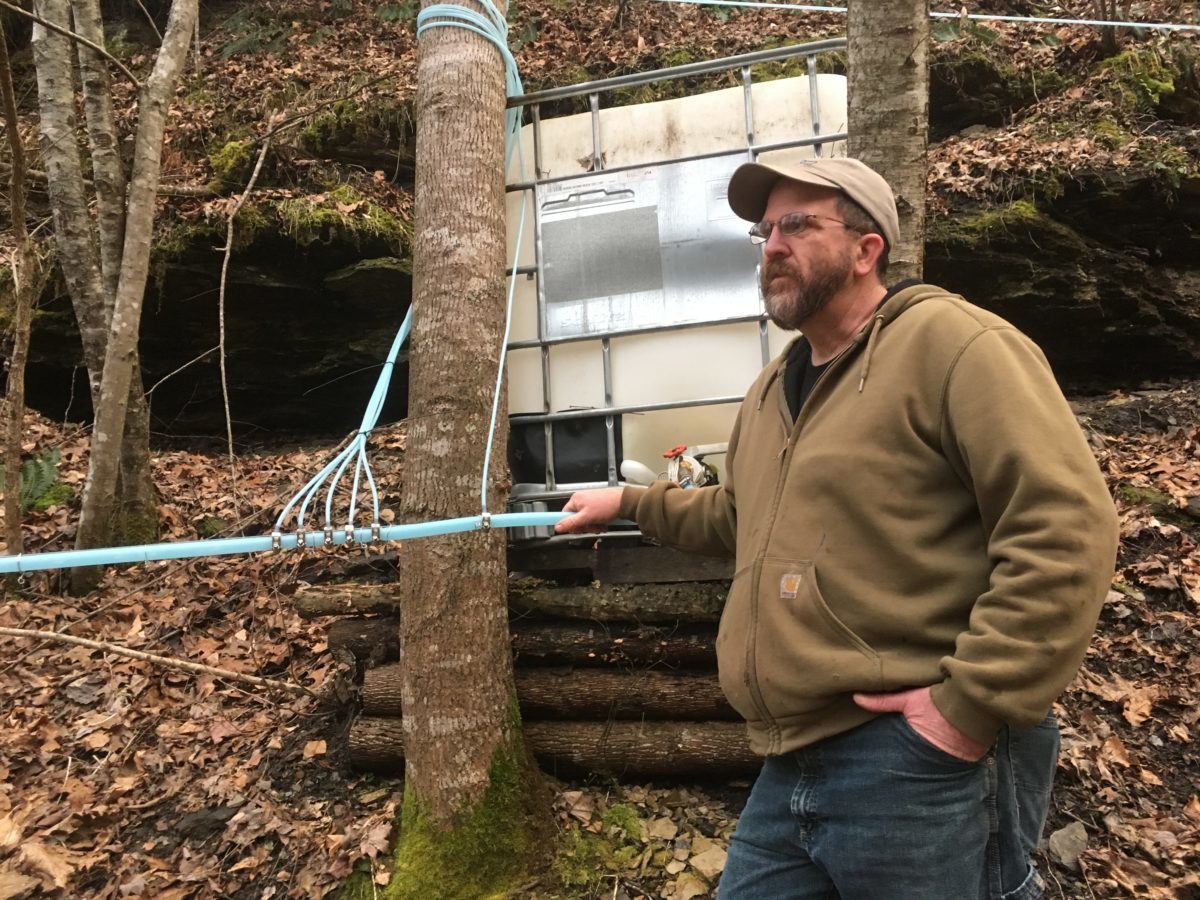 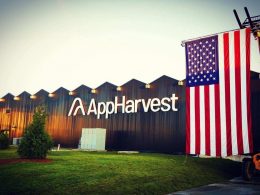 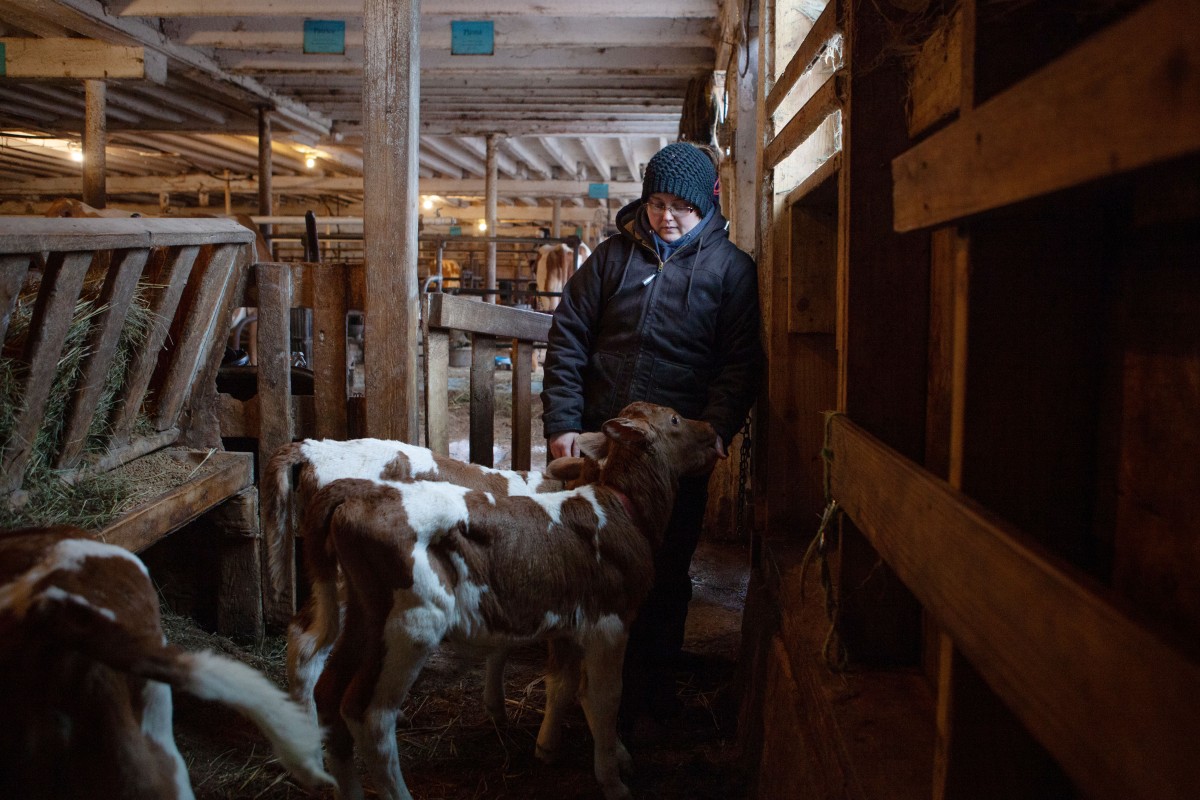 Cara Stephenson carefully navigates the short, well-worn path that begins at her grandparents’ back door and drops down…
byApril Johnston
112 shares
112
0
0