I have been excited to vote since I was 15. That’s when a candidate for statewide office hosted an event my U.S. History class attended – the class where government became personal for me.

During that visit, I was noticed and heard by someone who would eventually go on to serve the Commonwealth of Kentucky in one of our highest offices. He discussed policy issues relevant to our community and highlighted the importance of voting for candidates that will represent you well, no matter the level of their office. It was then that I began counting down the days until I could register to vote, and then the days until I would vote in my first election.

But I noticed that, although some of my friends shared my enthusiasm, I had several classmates who neglected to give the political sphere any of their attention. They were largely disinterested and did not seem to understand where my excitement came from. As we have grown into voter-eligible age, many of them have at least registered to vote, if only because I personally forced it. However, in the four years since, some of these individuals have yet to actually cast a vote in any election.

Maybe this feels like a common experience; given that anywhere from 35 to 60 percent of Americans who are eligible and often registered voters do not exercise this civic duty.

There are a number of reasons that one may give for their decision not to vote. Some Americans are not innately familiar with the process of voter registration, while others may find themselves disenchanted with candidates in certain races and choose not to vote at all rather than to decide between the options. Americans still face barriers to voting, including voter suppression and disenfranchisement.  Some truly believe that our government does not actually impact their personal lives and do not value the election process. A disturbingly common idea is that a person’s single vote is unlikely to change the outcome of an election. You have likely heard someone say this, or maybe you have said it yourself. This way of thinking leads far too many people to forfeit their opportunities to cast a ballot for their government representatives.

In other countries around the world, citizens are not so well-positioned to have any authority or impact on their leadership. America was founded to be a place that works for all of her people. But voter apathy continues to exist in our country, and in Appalachia, it often feels we are particularly vulnerable to thinking our voices don’t matter, causing us to not express our views through a vote.

When it comes to views and opinions on Appalachia, our story is often told loudest by outsiders and members of the national media. As their ideas invade our society, our experiences are mocked and, consequently, our voices are devalued. Some dangerous untruths are projected onto Appalachian people, conveying that we are not well-informed enough about the world beyond our mountains to have a voice worth sharing. We are collectively labeled as passive, poor and toothless while the places we love and live are termed desolate and hopeless. After hearing this for generations, it’s easy to fall into believing a narrative that undermines our value as people and our place as Americans. Thus, Appalachian people are also persuaded to sacrifice their opportunity to have an opinion and to make it known.

Let me be clear: my reason for saying that more individuals should vote is not to say that the outcomes of our elections should be different, rather that we each have a unique and widely coveted opportunity to influence our nation’s government. Our democracy is intended to represent us all, and we each owe it, as well as our consequently elected officials, the respect of our input. Voting is patriotic and drives America toward our goal of being an ever greater nation.

Counteracting voter apathy starts with you. That statement is intentionally direct and personal. You are personally tasked with becoming informed, registering to vote and taking your perspective to the polls. As I assure you that your voice is of immeasurable importance, so are those of your friends, family and neighbors. Now more than ever, you have the capacity to inform people in your sphere of influence. You can make sure that those around you know what steps they must take to be able to vote, understand the importance of voting and can create a snowball effect that dramatically impacts our democracy.

On this Election Day, I challenge you to shift your thinking from having a single vote, to having a unique privilege to influence our country’s leadership. Take that newfound, energized passion with you to your ballot and into your community.

Taylor Williams is a Hazard, Kentucky, native and a current second-year student at the University of Kentucky College of Pharmacy. She is a member of the University’s Student Government Association and a leader in the Kentucky Alliance of Pharmacy Students. Taylor is most passionate about her roles as a daughter, a sister, a friend and a voter. 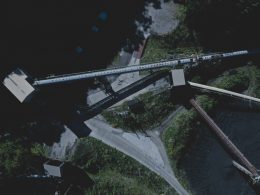 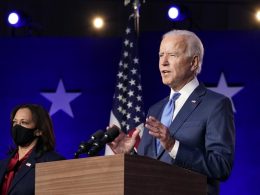 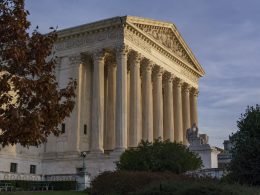 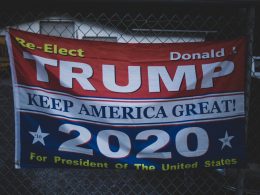