“Step right up, folks! Don’t be shy! Pay your dollar and be amazed! See the 8th wonder of the world, the impoverished Appalachian, right in their natural habitat! Come along as we traverse these treacherous hills and hollers- watch your step there- and marvel at the trailer homes and free running chickens! That’s no shack, ladies and gents, people actually live there! Can you believe it? And here’s the local Dollar General store where these curious folks buy their goods. Why, there’s not a Whole Foods or a Trader Joe’s for a hundred miles! Believe it or not, folks, they choose to stay and live here! Fascinating!”

This is what it feels like when some reporter from out of state makes a sojourn to West Virginia or some other rural place and emerges with a “story” to tell. It is the same tale, every time: a profile of the ignoble hillbilly in his hopelessly quaint surroundings. Invariably, this brand of poverty tourism results in another iteration of the same article that’s been written dozens of times already.

Such an article must begin with poetic waxing about our natural beauty, the hills and creeks and rivers that make it a nice place to visit, though as the most recent journalist put it succinctly, one “would never want to live there.” Next comes the requisite nod to the coal mining history, either a white-washing of the devastation it left behind, or a damning of the industry as the catalyst for all that ails us. “This was a booming community when coal was at its pinnacle!” vs “The coal industry came, used up all it could, and left an empty husk and broken people.” Take the opportunity here to point out that this is “Trump country”, and then spin that as necessary to suit your preferred ideology. Add in a quote from an out-of-work miner, or a racist, which ever drives your point home.

Now, discuss the high poverty and unemployment rates and our low-ranked education system, and, of course, round it all out by bemoaning our status as the opioid overdose capital of the world. End with a pithy observation about our stubborn refusal to leave or change, and call it a day.

The above-linked article by Scott Beyer, who runs the “Market Urbanism Report” Twitter account and declares he would never deign to become a resident of the mountain state, probably seems fairly innocuous, and even seemingly expresses a sort of admiration for the people here.

“Yet 1.8 million people still live in West Virginia and take a particular pride in doing so. State logos and paraphernalia are rampant on homes and cars, as if West Virginia was more than just a state, but a way of life. Why do people want to stay?”

He uses words like “down to earth”, “spartan” and “acquired taste”, all thinly-veiled euphemisms for unsophisticated, backward country folk. When he speaks of our “pride” in wonder, what he means is that he can’t imagine what we would be proud of. When he says “why do they choose to stay”, the subtext is “don’t they know any better?” His article is line after line of “it’s awful here, but they like it”, rephrased a dozen different ways. He says he “can see the appeal”, but the bulk of his piece makes clear he does not.

”They’ve sacrificed the ability to earn more money, grow their social networks, and stay interconnected with modern society”, he writes, as though we are hopelessly behind the times and these things don’t exist here. Well, he wraps up, “It may be a life of struggle, but at least it’s their choice.” Thank you, Mr. Breyer, for your tepid apologism for our unfathomable insistence on living in this place.

There was a rare exception to this type of exploitative journalism a few years ago, when the late Anthony Bourdain came to southern West Virginia to film an episode of his show, “Parts Unknown.” It wasn’t that Bourdain ignored or hid the truth; the coal mines were featured prominently, and Trump, poverty and addiction were all touched on in the hour long show. But it was detail, not focus. It was incidental to Bourdain’s trip through Appalachia, where he immersed himself in the people rather than make observations from on high.

He didn’t interview the Trump supporters, the gun enthusiasts, or the coal miners just to get a soundbite at which the rest of the world could shake their heads knowingly. He had discussions. He didn’t condescend; he engaged, expressed his own view and asked questions, with sincerity and a willingness to hear the answer rather than to capture proof of a preconceived assumption.

What Bourdain did so well was to find common ground and a way to relate. He remarked upon the similarities between an impoverished rural community and a poor area of an inner city. He found a way to connect despite the obvious differences in that way of life and his own.

Bourdain’s show didn’t paint a picture of a different West Virginia than other journalists before him had; he just managed to show the whole scene. Instead of just observing life here, he experienced it. He prayed with them. He went into the mines. He went target shooting with them – with fully automatic rifles – and enjoyed it. He had no pity for them when he left; he had admiration.

This place moves me like very, very few other places. And I been everywhere. #WestVirginia

Yes, West Virginia is poor. We have problems. And they’re not going to be improved just by making sure that’s the only thing people think about when they hear us mentioned. But improving conditions here is not the goal of the people who write these articles.

A trip through southern West Virginia makes an outsider feel better about themselves and their station in life. And maybe their descriptions of the toothless, dirty, poorly educated racists lets them and their readers feel superior. Or maybe it’s just fun to laugh at the stereotypes come to life, and cluck at salacious details of sad lives they’re glad are not their own.

Ever since Lyndon Johnson’s original Appalachian poverty tour in the 60s, we’ve been known for not much else. Maybe prior to that the country was ignorant of the plight of the destitute people of West Virginia and Eastern Kentucky; they know now. The story has been told. Great. Thanks.

But all it’s gotten us is pity, and it’s not pity we need; it’s respect. If you want to see what West Virginia is all about and look for the good, the common-ground, please come. We will welcome you with more kindness and hospitality than you are likely to find most anywhere else. If you’re traveling through here so you can write another laugh-at-the-hillbillies piece masquerading as serious journalism, don’t bother. It’s concern-trolling at best if not exploitation, and we’ve had more than enough.

Back in the day when traveling carnivals still had freakshows, they were very popular. But no one came because of an interest in helping the legless man or the bearded woman or the child born with an unfortunate appendage. They came to see something unusual, to be shocked by something grotesque. The horror was the point. If it makes you feel better about yourself to see that there are people who don’t have it as good as you do, fine.

This article was originally published by the Ordinary Times. 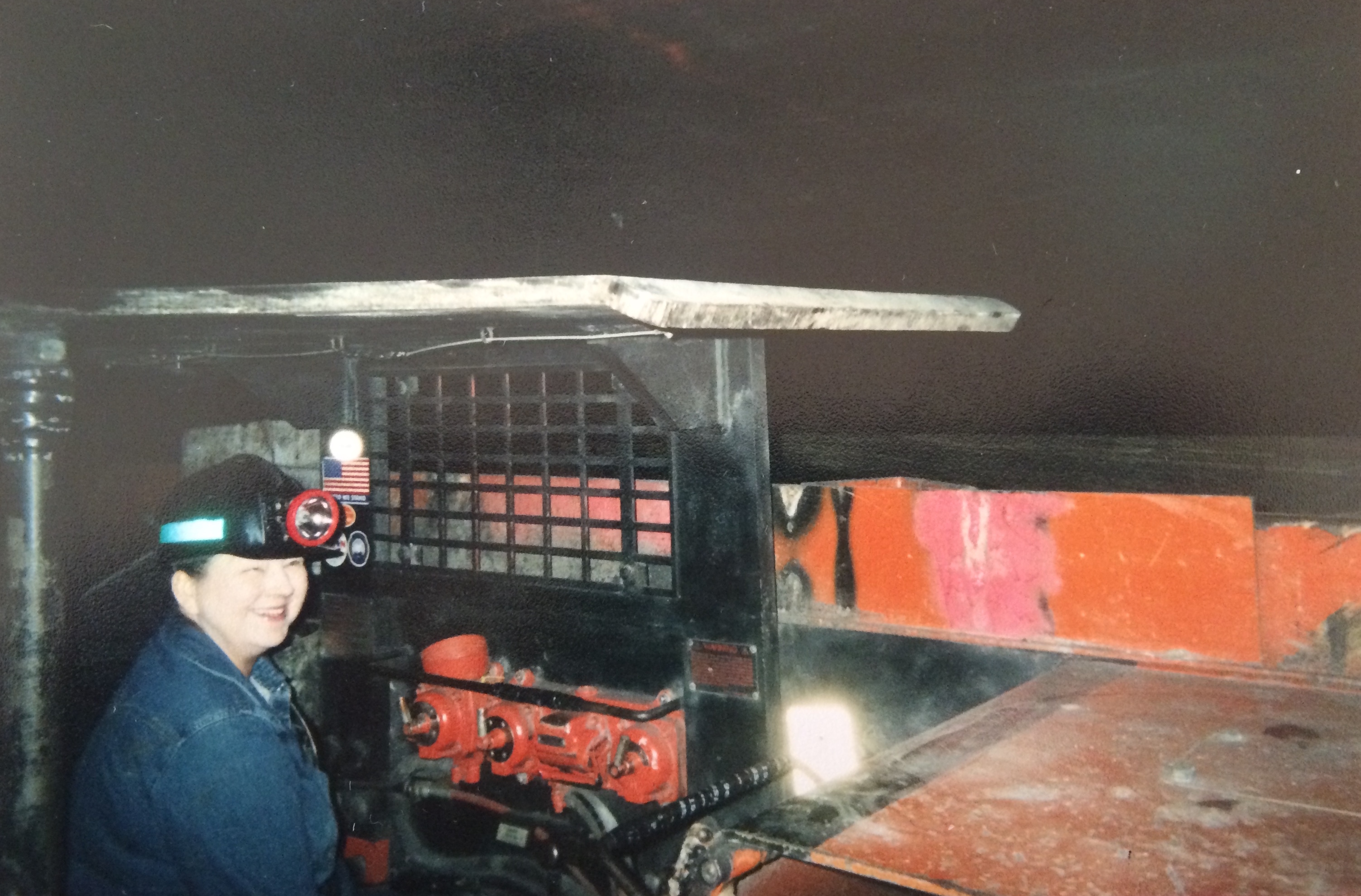 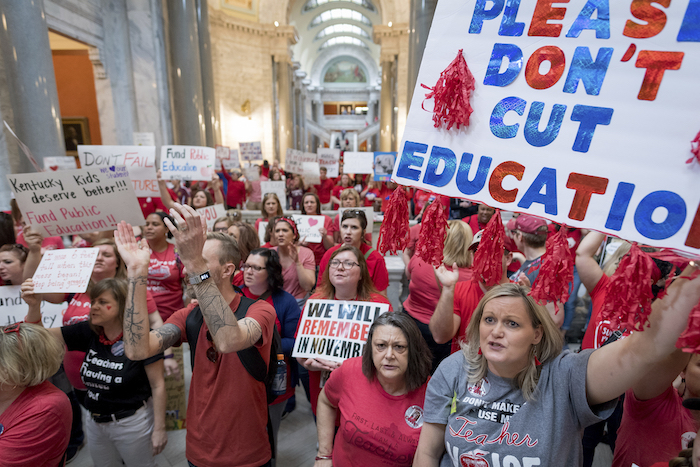 The old exploitative images are indelible: out of work, white, needy. They obscure the region’s diversity and long…
byIvy Brashear
61 shares
61
0
0 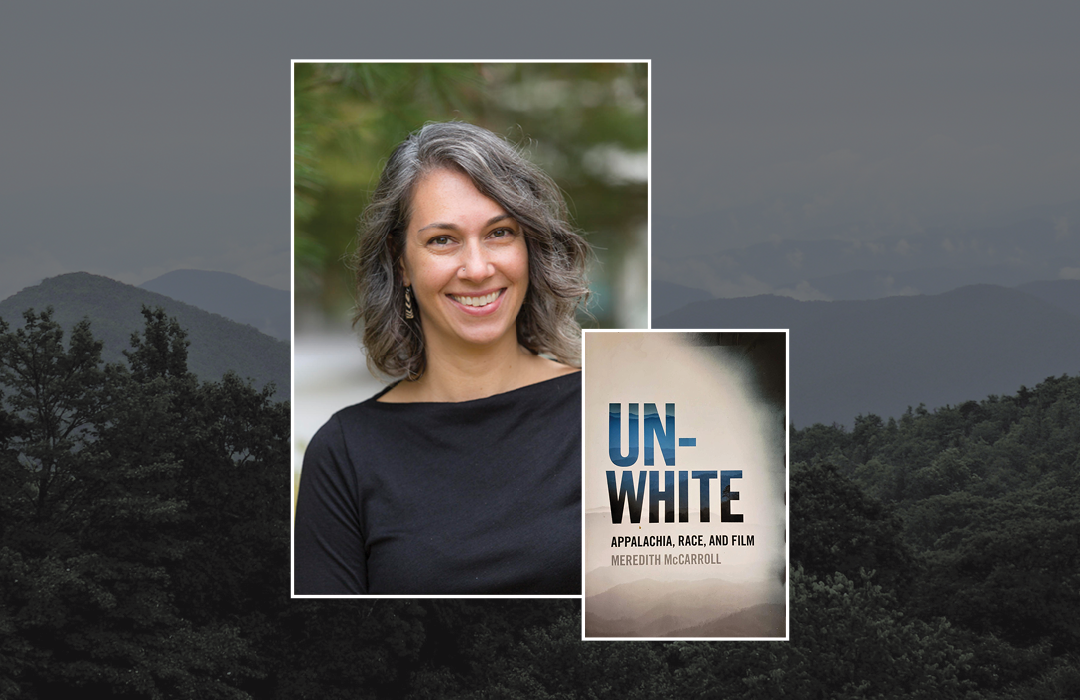 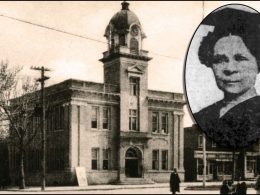 This month marks 40 years since the inception of a national celebration of women’s history. Approved by Congress…
byJustin McHenry