This Va. Newspaper Has Been ‘Making And Recording Black History’ For 80 Years

The Roanoke Tribune has been telling its Black readers their lives matter for more than 80 years.

While many newspapers have struggled to adapt to the internet, laying off reporters and editors while shrinking their coverage, the family-owned Roanoke Tribune has persisted through four generations and the destruction of their building during urban renewal.

How has it survived? Credit that to the power of family and the personal strength of Claudia Whitworth, the paper’s 92-year-old publisher. On a Wednesday night in March, Whitworth, plus her children, grandchildren and other staff at the paper, gathered to sort, label and mail the roughly 4,500 copies of that week’s paper. The papers arrived from the printer in mid-afternoon, and the group processed them to get them to the post office before it closed. The weekly routine has played out for decades.

Klaudia Shaw, Claudia’s granddaughter, started folding papers when she was five or six years old. Her mother, Eva Shaw-Gill, did too.

“Most kids have chores to wash dishes and make the bed,” said Shaw-Gill. “We had to come to the Tribune.”

Shaw-Gill’s older brother, Stan Hale, started when he was 11. He’s still working at the Tribune today.

Whitworth started in 1945, when she was just 17 years old, six years after her father, the Rev. F.E. Alexander, founded the Roanoke Tribune as part of a small chain of African American newspapers in 1939. Whitworth spent the early part of her career moving to work on Black newspapers elsewhere, then coming back home. She worked for newspapers in Dayton, Cleveland, Columbus, Ohio, and in New York City. But she never forgot where she came from.

“My intention was always to come back and take care of my own paper, but I just needed experience on more experienced papers,” Whitworth said.

She bought the paper from her father in 1971 and continues to publish today. Her philosophy has always been to shine a positive light on Roanoke’s Black community. As a result, the Tribune has retained a faithful readership, with many people continuing to subscribe by mail even after they moved from Roanoke.

Whitworth said the Roanoke Tribune is “like a letter from home—because we just do the respectful stuff, the things that bring out the best of Blackness. The rest, you’ll never read in the Tribune.”

That focus on positivity has occasionally brought Whitworth into conflict with her peers in the publishing industry. She remembers going to a national conference of Black-owned and operated newspapers several years ago, and getting into a debate with a tabloid publisher from the West Coast.

“Every front page of his paper would have murders, rapes, something,” Whitworth remembered. “I said, ‘Why on earth would you do something like this when that’s what people think of us anyhow?’ And I challenged him in the national conference. He said, ‘Because good news doesn’t sell.’ I said I’m ok, I’m going to prove you wrong. And none of them exist. Every one of them are out of business, and my little, good-news-don’t-sell is still out here and hasn’t missed an issue.”

For the nearly 30 percent of Roanokers who identify as African American, according to the U.S. Census, the Tribune serves as a positive reflection of their community. She’s kept it going even through a time when newspapers around the country are struggling to stay in business.

“She’s a force of nature, is exactly what she is,” said Reginald Shareef, a political science professor at Radford University who grew up in Roanoke. “She’s a larger than life personality. She is a very driven woman. She always has been.”

Whitworth’s intense drive kept the Roanoke Tribune going, even through difficult periods. Beginning in the 1950s, Roanoke city government demolished dozens of neighborhood blocks to make way for a new interstate, civic center and other redevelopment. Urban renewal also destroyed much of Roanoke’s Black business district—a longtime cultural hub that attracted touring jazz musicians and pioneering filmmaker Oscar Micheaux. The Roanoke Tribune was among the Black businesses that were destroyed

Even through all that, Claudia never missed an issue. She had kept photo-setting equipment at home, and so she was able to keep publishing, even after her building was destroyed. The Roanoke Tribune moved to its current location on Melrose Avenue. The newspaper has adopted new technology over the years, incorporating computers and publishing not only in print but online.

The Roanoke Tribune carries on, even as the novel coronavirus pandemic shut down most of America. But the Tribune is still going. It’s still publishing. It’s survived Jim Crow laws. It survived the destruction of its building during urban renewal. And now it’s surviving the pandemic and the death of print.

The answer to why it has persisted can be found on Wednesday nights, when the staff gathers to process papers and deliver them to their community. This isn’t just a newspaper; it’s a family.

This Va. Newspaper Has Been ‘Making And Recording Black History’ For 80 Years 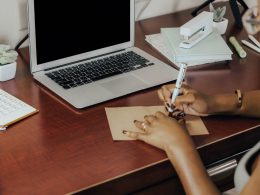 From the late-nineteenth century to the present, the most popular stories of Appalachia have been simplistic tales of…
byJessica Wilkerson
92 shares
86
0
6

The myth that Appalachia is uniformly White lingers, but communities of “Affrilachians” were documented in the 1930s. This…
byJohn Edwin Mason 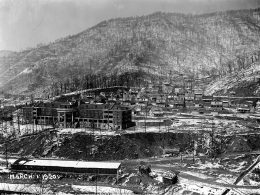