As rural areas reopen for business, questions remain about what precautions are expected of us and what we can reasonably expect from our neighbors. Much is still  unknown about the SARS-CoV-2 virus. So let’s look back at how we managed a different one – HIV.

It was the best of times, it was the worst of times… It was the1980s. I became an EMT before the adoption of universal precautions. It sounds ridiculously risky now when we know so much more about bloodborne pathogens. But in those days we didn’t train with gloves. So it wasn’t an automatic response on real-life calls to reach for gloves. We tried, sort of. But that old ambulance swayed like a drunken sailor on bumpy, curvy country roads: It was hard enough to take vitals without gloves, let alone with gloves whose one size definitely did not fit all.

It’s not like we didn’t know about HIV and hepatitis. It’s not like we thought we were immune out here, where there are more deer than people. It was just hard to imagine that the sweet old guy who told stories about his days as a lad in the logging camps could infect you with anything more than his smile. It was easier to imagine getting cooties from the shirtless guy with extensive road rash from hitting a coyote with his motorcycle.

HIV testing wasn’t widely available back then. And to be honest, if it had been I probably wouldn’t have chosen to be tested. In those days, a pre-existing condition meant a lifetime exclusion for anything related to that condition by your insurance company — that is if you could get insurance. Plus, the social stigma then would have been much more isolating than what we have experienced in many rural areas as precautions against Covid-19.

So I didn’t know and didn’t want to know. But I also didn’t want to be responsible for infecting someone else. And that was a real possibility. My first husband had blood transfusions before blood donations were routinely screened for HIV. And I knew of at least twice that I might have been exposed to hepatitis. So when I was hit by a drunk driver in 1998, I remember telling a person who came to my aid not to touch me without gloves because I was an EMT before universal precautions.

By then, universal precautions had been adopted for emergency responders and health care workers. Basically that means the standard operating protocol is to universally treat all blood or bodily fluids as if they contain bloodborne pathogens and to take precautions against exposure each and every time. Now, you’re used to seeing PPE on everyone from EMTs to your dental hygienist. They wear it to protect themselves, but also to protect you.

I’m grateful I don’t need to ask my dentist if he has always practiced safe sex, and if so is the same true of every partner he ever had, and if he is confident in every partner they have had, and so on. And I’m grateful he doesn’t have to ask me. We have a mutual understanding: It was determined long ago that dental procedures carry the risk of transmitting bloodborne pathogens. Those risks are minimized for both of us by his PPE.

Which leads me to Covid-19. As a novel coronavirus, there’s a lot we don’t know about transmission. We do not at present have the capability to conduct widespread testing with immediate results. It’s entirely possible that you can be an asymptomatic carrier or presymptomatic and not know it.

I get that we heard mixed messages about mask use early on. Yes, the Center for Disease Control (CDC) and local health departments did say we should not use masks that were in short supply and needed by front-line health care workers. Yes, there is evidence that homemade fabric masks are not as effective at protecting you from Covid-19 as medical-grade masks. But the CDC changed its guidelines, “advising the use of simple cloth face coverings to slow the spread of the virus and help people who may have the virus and do not know it [keep] from transmitting it to others.”

As more information is gathered about this novel virus known as SARS-CoV-2 we’re learning that a significant portion of infected individuals shows no symptoms. Of even greater concern is that those who eventually develop symptoms of the disease known as Covid-19 can transmit the virus to others before they even know they’re sick. The infectious period begins generally two days before onset of symptoms. A person is most infectious the day they begin to show symptoms.

According to the CDC:

SARS-CoV is thought to be transmitted most readily by respiratory droplets (droplet spread) produced when an infected person coughs or sneezes. Droplet spread can happen when droplets from the cough or sneeze of an infected person are propelled a short distance (generally up to 3 feet) through the air and deposited on the mucous membranes of the mouth, nose, or eyes of persons who are nearby. The virus also can spread when a person touches a surface or object contaminated with infectious droplets and then touches his or her mouth, nose, or eye(s). In addition, it is possible that SARS-CoV might be spread more broadly through the air (airborne spread) or by other ways that are not now known.

That’s why the CDC recommends wearing cloth face coverings in public settings while maintaining 6-foot social distancing and hand-washing measures — to help limit the spread by people who don’t yet realize they may be infectious.

I wear a mask for my own and for my neighbors’ protection. I worked the polls at two elections in April and May. When my neighbors vote, I want them to know I have made every effort to keep from sharing anything except appreciation for the fine weather. When I have to venture into other public places, I wear a mask to protect the person at the cash register. If someone sneezes, I could leave but they can’t. If that someone is me, well, they have enough to worry about already so maybe my having a mask on can ease their concern a bit.

It seems to me that wearing a mask when in public, social distancing and hand sanitizing are reasonable universal precautions for Covid-19.

Many of my neighbors disagree, judging by the outrage memes they share on Facebook. My mask seems to be perceived as a symbol that I want to infringe on your civil liberties and cause your small businesses to fail. Other friends are equally outraged by people who will not wear a mask, and their rhetoric about behavior they perceive as reckless and selfish has become equally tiresome. On both ends of that spectrum people are snoozing friends and family and retreating into ever-louder echo chambers.

Personally, I just want a little peace and quiet along with pictures of my friends’ kids, pets, and gardens.

So here’s what I propose: Let’s all try to accept that we can’t control everything and everyone. I will continue to speak up when I think it really matters (yes, we do need hand sanitizer stations at entrance doors to the fire station — when we can get them). I will not say if I think you should be wearing a mask but will back away if I think you’ve encroached on my defensive perimeter. I won’t go out in public if I feel unwell, and I’ll try to give coughers and sneezers the benefit of the doubt while tree pollen counts are insane. I will try to support local businesses but may leave if it feels unsafe. I will wear a mask in public and use hand sanitizer when it’s not possible to wash frequently. My own home may not be as sterile as an operating room but don’t worry: You probably won’t get past the door. There’s a cooler on my porch where you can pick up whatever it was you called about, or drop off whatever it is you wanted me to have.

I will adopt these measures as a universal precaution for your protection as much as my own. That way I don’t have to ask you personal questions about who else you have come in close contact with, and when. If I contract the disease, I should be able to tell the health department who all I had close contact with while I was infectious so they can advise you — and it should be a pretty short list.

Maybe in another 30 years, if we’re still around, we can talk about the worst of times, when diametrically opposed views divided us — and the best of times, when we decided we are still a strong, caring community. In the meantime, we can certainly be kind and civil to each other, whatever our differences.

Donna Kallner writes from rural northern Wisconsin. This article was originally published by the Daily Yonder. 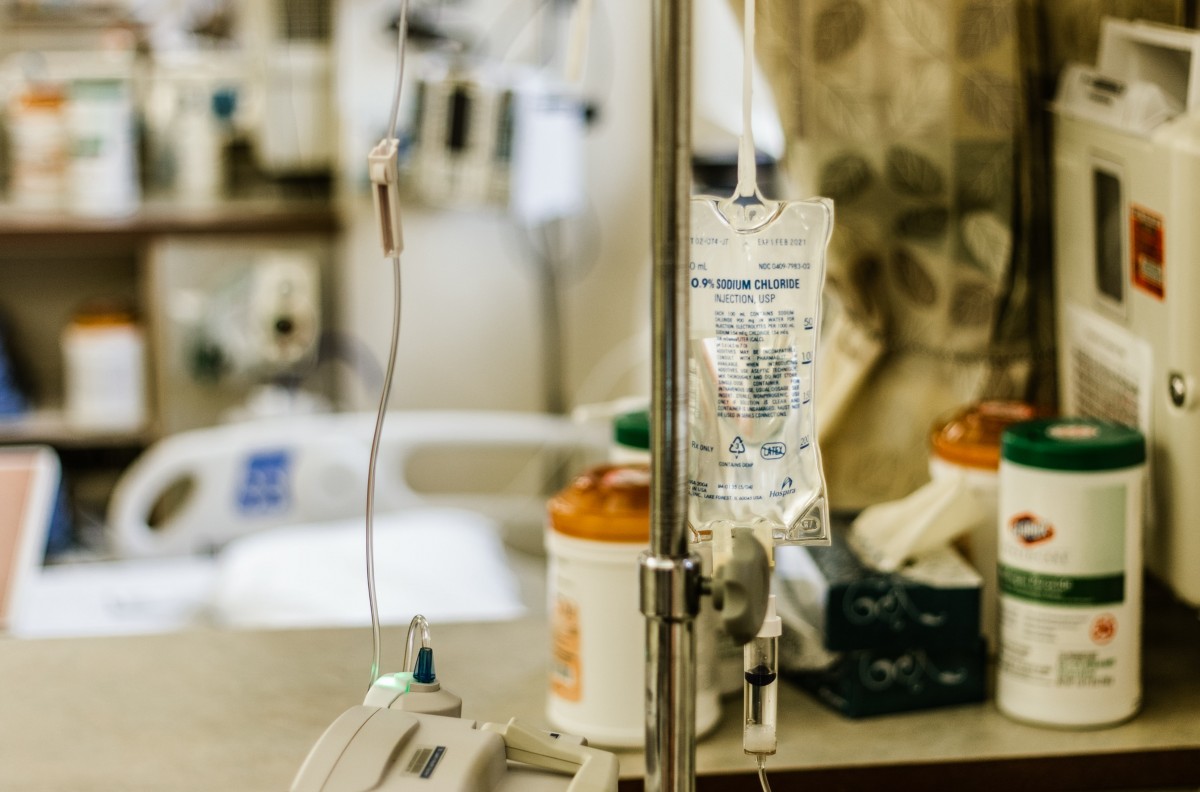 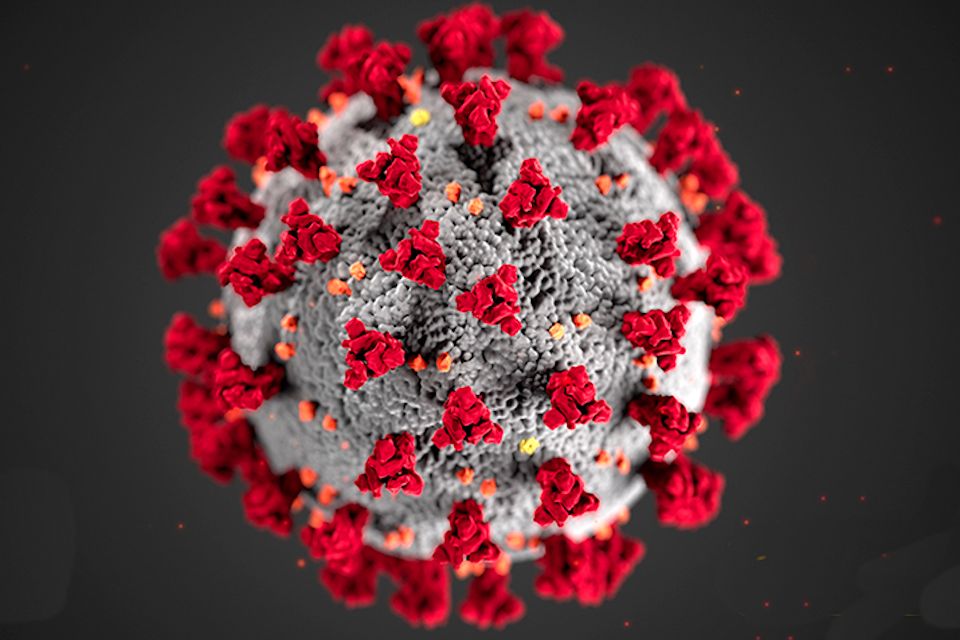 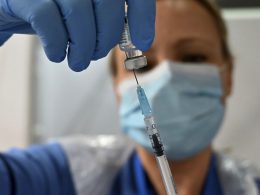 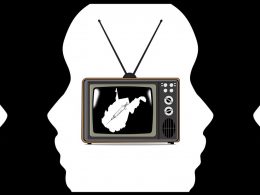