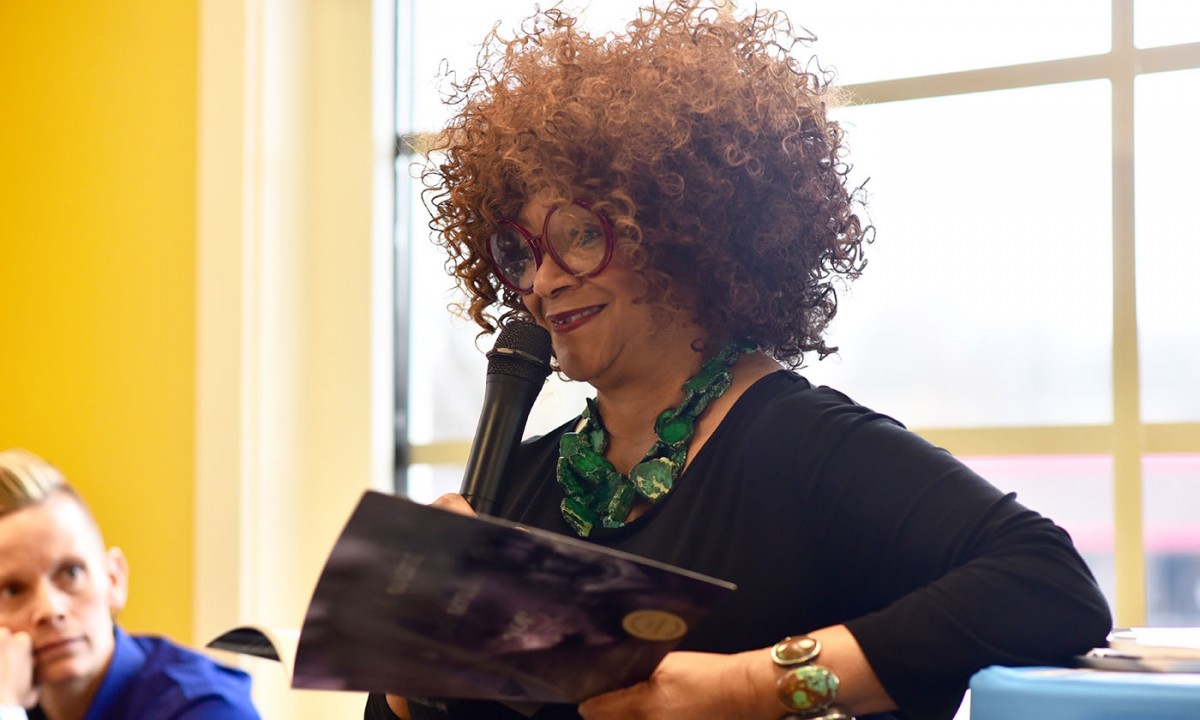 Videos of confrontations—and sometimes outright fights—at restaurants have made their rounds on the internet. But rarely does one see the intentional space created at these fast food chains to bring people together.

A family-owned biscuit dive in North Carolina, known for its warm and buttery biscuits, does just that.

At Biscuitville’s Winston-Salem location, a cross section of the American South gathers. A mature African American man in a sharp tan suit and snakeskin boots is propped up against the counter, waiting on his order. A group of Latino construction workers stand in line in their paint-spattered gear and work boots, watching as a young Black man behind a glass partition rolls out fresh, soft dough. In the back of the restaurant, an older White couple joins hands to pray over their biscuits and gravy.

It’s Sunday morning at Biscuitville, a beloved regional chain of more than 50 locations spanning North Carolina and Virginia, where patrons can expect fresh biscuits every 15 minutes from 5 a.m. to 2 p.m. seven days a week. Earlier this month, as the television at the Winston-Salem blares the latest political calamity, Biscuitville’s rich menu offers comfort during disquieting times.

Looking around, it’s clear that the quaint eatery cuts across racial and socioeconomic lines, something that’s increasingly hard to find in segregated Southern cities such as this one, where gentrification is happening lightning fast alongside historical racial separation.

Contrary to popular belief, food doesn’t always bring people together. In fact, food can often make our differences more prominent and our cultural divides more extreme. But the quintessentially Southern Biscuitville does bring disparate people together, if for no other reason than the undeniable allure of home cooking: crispy fried chicken and tender, buttery biscuits.

Biscuitville is one of the few fast food chains in the state that acknowledges Black History Month, and for the past five years, has highlighted influential African Americans by choosing a person to feature on a bookmark. This year it is the late writer and Nobel Prize winner Toni Morrison, along with Rhiannon Giddens, singer and founding member of the Grammy award-winning Carolina Chocolate Drops. Last year, it was Jaki Shelton Green, the state’s poet laureate, on the Black History bookmark.

Green refers to Biscuitville as “a place for poetry, [if] people can get out of their own way and cross imaginary and real boundaries [to] find commonalities while gathering to eat biscuits.” Her assessment may sound idealistic if you’re unfamiliar with her writing, which wrestles and reckons with the history of the American South in real and raw ways.

In 2019, the instructor of documentary poetry at Duke University’s Center for Documentary Studies became the first African American poet laureate for the state of North Carolina, and only the third woman to hold the honor. As someone who has conducted poetry workshops during lunch breaks at a factory and advocated for conducting poetry outreach efforts at the State Fair, Green knew she wanted to be a poet laureate—an ambassador for the people of North Carolina, meeting them where they are. This has meant engaging audiences in rural towns across the state, sometimes in places where Green and her husband are the only Black people in sight. It has meant live readings of James Baldwin each month at a Raleigh bookstore and doing poetry readings at community colleges, public libraries, community centers, and yes, even Biscuitville.

“My reading at Biscuitville was me walking my talk,” Green says of her February 2019 reading at the Greensboro location. “If I’m going to talk endlessly about how poetry is everywhere and about the importance of finding poetry in unusual places, Biscuitville was a great opportunity.”

Biscuitville’s marketing manager, Alon Vanterpool, says that what draws such a diverse crowd to the chain is simple: Breakfast is a meal that resonates with everyone.

“Regardless of age, gender, or background. Biscuitville is a place that is familiar and provides comfort breakfast food that is reminiscent of home and family,” Vanterpool says.

The morning started easy enough, Green recalls. The place was packed and all of the workers wore white and formed a receiving line for her as she walked in, an experience she describes as “humbling.”

“I just wasn’t expecting it. I walked in ready to make jokes about getting my sausage biscuit and when I saw them, I almost burst into tears,” Green recalls. It was a powerful experience for the poet, one that verified the need to bring poetry to unlikely places.

Green’s Greensboro reading—and her interaction with the four men in MAGA hats—has become a popular tale.

When realizing Green was the woman on their bookmarks, the men walked over to her and asked her where she’s from.

“I said, ‘Oh, I’m just a country girl.’” She continues sharing that one of the men responded, “Just like us. I like when good things happen to ordinary people like us.’”

Then they asked her to take a selfie with them.

“All of them took off their red hats and encircled me to take the photo,” she says.

As the men were leaving, they all gave Green hugs and told her to keep making them proud.

Some folks were taken aback—unsettled even, she says. Students from historically Black North Carolina A&T State University, who attended the reading, “dropped their jaws.”

Green says she had to remind all who were present that she’s the poet laureate of North Carolina and that means she’s everyone’s poet, including men who wear MAGA hats, whether they like it or not.

“In that moment, four men stepped out of their hats and everything they represent; it was just a moment of five humans having a pleasant exchange. That is what walking your talk looks like,” Green says.

It’s an example of how powerful language can be. Biscuitville, she believes, recognizes that.

“If you don’t believe in standing for the possibility of change and having conversations with people you would likely never talk to outside of the construct of poetry, then I’m not sure you know what it means to be peacemaker or a community builder.”