Advocates of unconventional natural gas drilling cite the potential for benefits for surrounding communities. In Pennsylvania, researchers found that the financial impact on the mostly rural school systems where fracking occurred was negative.

Unconventional natural gas development has transformed American energy over the past decade.

Hydraulic fracturing, often popularly referred to as “fracking,” is a process used in extracting oil or gas resources from underground formations such as shale or sandstone. In Pennsylvania and elsewhere, this has been an industrially intensive method, and wells are often drilled a mile or more beneath the ground and a mile or more horizontally along the shale or sandstone.

Several Democratic presidential candidates have called for new limitations on the practice because of environmental and other concerns. Two of the leading candidates, Elizabeth Warren and Bernie Sanders, have promised to ban fracking if elected.

Opponents of these restrictions insist these bans would devastate the economies of states like Pennsylvania. These debates have also raised serious questions about swing state support for democratic candidates in the 2020 U.S. Presidential election.

As educational researchers in the Keystone state, we recently conducted a study on the impact of unconventional gas development on the financial resources of Pennsylvania’s school districts.

We found that fracking had largely negative impacts on affected school districts.

In the mid-2000s fracking’s largely unanticipated gas development dramatically changed much of Pennsylvania.

Fracking has made gas extraction technologically and economically possible from energy deposits that previously were too difficult and costly to develop.

Since 2007, more than 10,000 unconventional gas wells have been drilled in Pennsylvania, mostly in the northern and southeastern parts of the state. Industry advocates and the state government have promoted fracking, especially under former Governor Tom Corbett, who held office between 2011 and 2015.

Fracking advocates argue that its economic benefits can benefit communities. Some of the most productive areas for drilling overlap with some of the poorest and most rural areas of the state.

This is where oil and gas companies focused their energies between 2007 – the start of the boom – and 2015.

We looked in particular at data between 2007 and 2015, from the beginning of fracking in Pennsylvania, through the boom and into the decline in drilling.

During this period, we found only about 10% of gas drilling occurred in Pennsylvania’s suburban school districts, even though they account for nearly half of all districts.

On the other hand, only slightly more than a third of the state’s school districts are rural. Yet nearly two-thirds of the unconventional drilling occurred in those places.

We wanted to know, as well, how fracking was affecting Pennsylvania’s school districts.

Contrary to the predictions of gas industry advocates, we found that it had largely negative impacts. Adjusting for a host of factors that can impact funding, districts where fracking occurred had lower per pupil incomes, real estate values and property tax revenues.

Although we found a modest increase in state and federal revenues wherever fracking was taking place, these increases were not large enough to counterbalance the average negative effects.

For the typical school district, $1,550 fewer dollars per pupil can easily mean the loss of resources that can increase outcomes and opportunities for children.

Based on the evidence we reviewed, we found that unconventional drilling has had mixed outcomes within the mostly rural and economically disadvantaged communities where fracking has taken place.

Despite promises that unconventional gas production would be an engine of economic opportunity, many Pennsylvania school districts continue to struggle financially, a struggle that appears to be worsened by gas development. 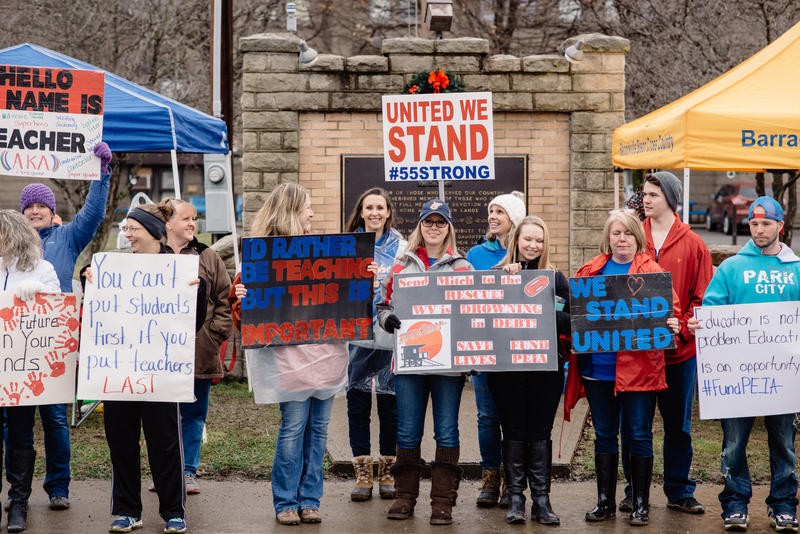 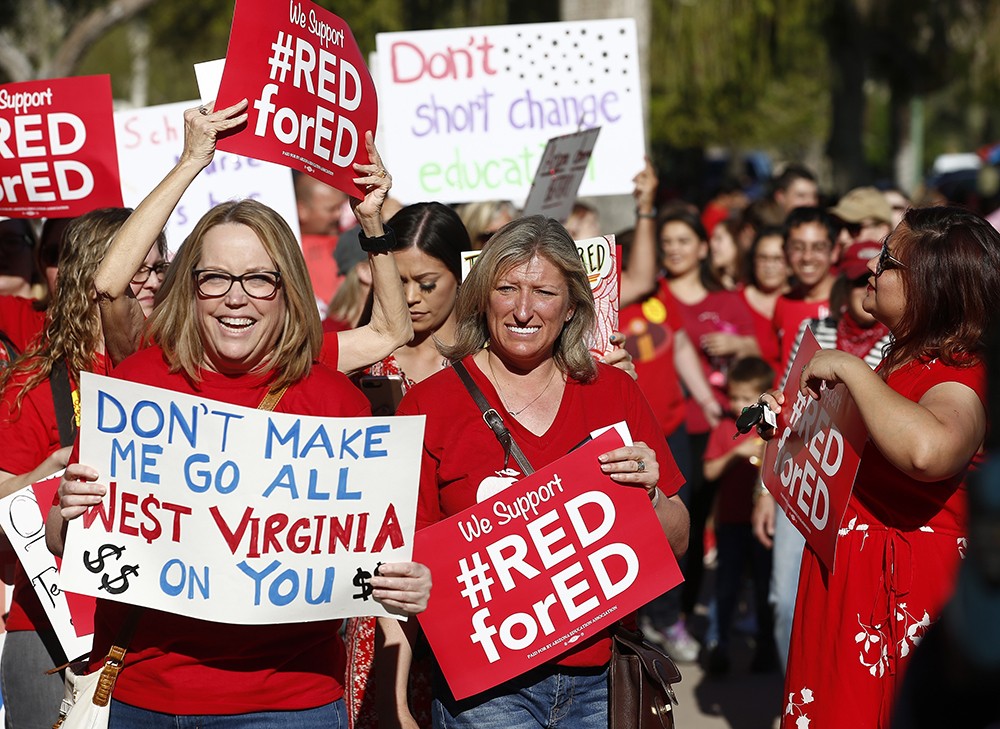 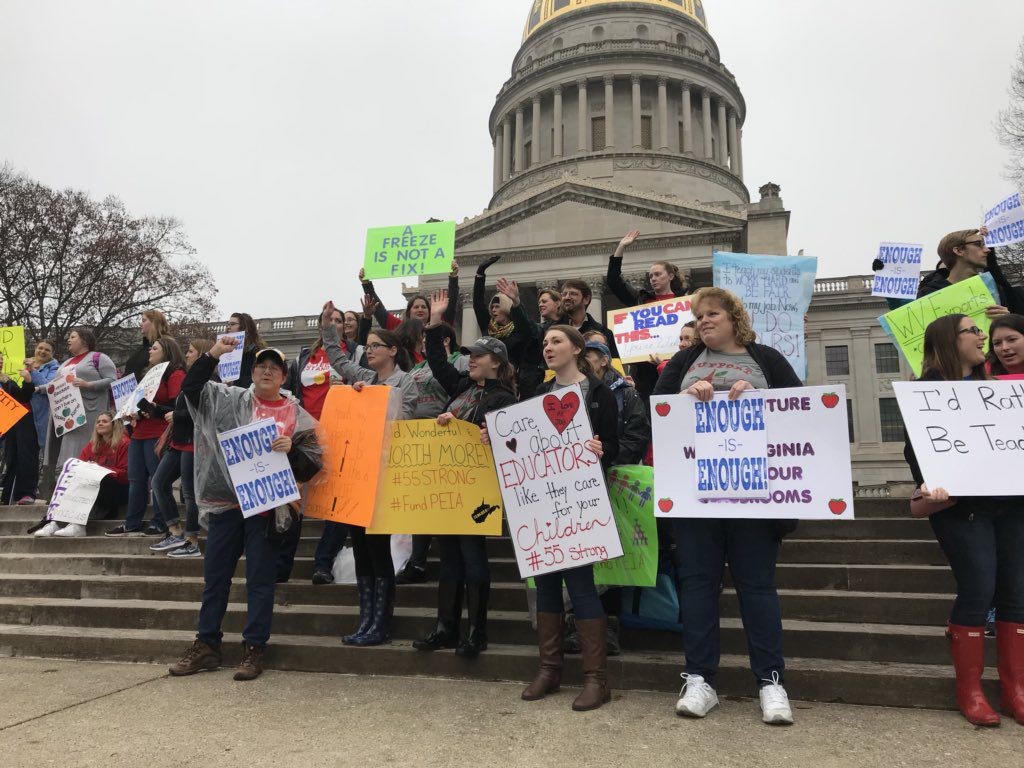 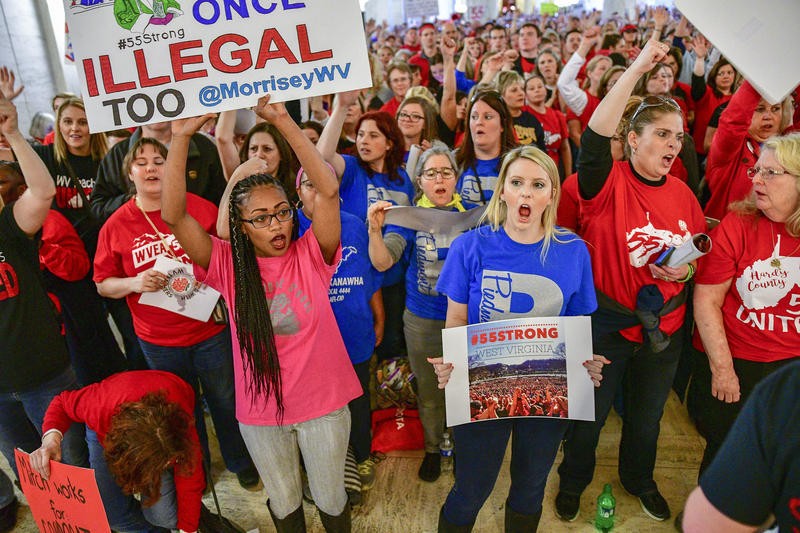 The nine-day teachers’ strike in West Virginia made headlines across the country, and some are wondering what the…
byRoxy Todd