The VA cut the ribbon on an appointment space in a Walmart in Asheboro, North Carolina, in December. Walmart donated the equipment and space at five sites across the country, which are part of the Accessing Telehealth through Local Area Stations program, or ATLAS. Other locations are slated for Wisconsin, Michigan and Iowa.

In August, the VA announced that it was teaming up with Philips, a health technology corporation, to create diagnostics rooms for rural VFW posts to provide similar telehealth meeting rooms. Those rooms, located in Linesville, Pennsylvania; Los Banos, California; and Eureka, Montana, were created with the help of veterans at those posts.

“There are no masses of population out here,” said Ray Andel with the Veterans of Foreign Wars Post 7842 in Linesville. “We’re out in the middle of nowhere.”

Linesville had a population of 997 in 2017 and is in the northwestern corner of the state, just miles away from the Ohio border, an hour and a half drive to Cleveland.

Members of the VFW post were part of the design phase of the project when representatives from Philips brought a mock-up of the proposed telehealth room to the post for veterans to use and give feedback. Similar sessions were set up in Los Banos and Eureka.

Andel said Linesville was chosen because of the lack of internet access in the area, as well as the weather in the area that can affect people’s ability to travel.

Veterans were at first skeptical of the program.

“Those here who started this were really resistant to change, but after they saw its capabilities, they really got on board fast,” he said.

In fact, he said, many of his colleagues at other VFWs were hesitant to join the program.

“The VA mentioned that there was this program and that it needed volunteer posts to be pilot sites,” he said. “Not a whole lot of people thought this was really going to take off. But I thought it would be a great thing to be a part of.”

The facility includes a room where veterans can communicate via a video hookup to a healthcare provider in another locations.

“There’s a camera in the room with a high-resolution lens,” Andel said. “It can look at the blood vessels in your head and tell you some of your health statistics. It can tell you your breathing rate by watching your chest move. It’s really amazing stuff.”

“We’re in the age of the Internet of Things,” he said. “I can envision a time when if you need your blood pressure taken, you’d open up a door and there’d be a cuff right there that you could put on,” he said. “This is just the beginning.”

The Veterans Administration has faced harsh congressional criticism for wait times for veterans to get in to see VA healthcare providers. A controversy erupted in 2014 when information from a whistleblower revealed systematic lying about appointment wait times at some Veterans Health Administration facilities. In 2019 a representative of the General Accounting Office said record-keeping on wait times had improved but was still unreliable.

For veterans near Eureka, Montana, telehealth may offer one way to get to the doctor more quickly.

“We’ve got the thing called grapple – it’s not snow, it’s not ice, it’s not rain, but it’s like trying to drive on ball bearings,” said Rick Weldon, VFW Post 6786 Commander in Eureka. “There’ no taxi service. There’s no bus service, so how do you get them to their health appointments?”

Just nine miles from the Canadian border, Eureka veterans previously had to travel 256 miles to get to the closest VA Medical Center.

Telehealth centers, like the ones at VFW posts and Walmarts, will bridge that divide, said Deborah Lafer Scher, an executive advisor to the U.S. Secretary of Veterans Affairs who leads the Veterans Affairs’ Center for Strategic Partnerships.

“The VA has a mission to deliver best-in-class service to veterans everywhere,” Scher said in a press statement. “By connecting rural veterans with help from partners like Philips, we will continue to exceed the care standards for our nation’s heroes. Telehealth expansion is truly the next frontier for VA Healthcare.”

“I’ve heard about it. One of the boys here just passed away and he did the telehealth thing,” Stevenson said in an interview with Daily Yonder. “I’d rather just go to the doctor, but if I had to do it that way, I guess it would be OK.”

Stevenson said his house was only 9 miles away from a VA facility – closer than traveling to the Asheboro Walmart more than 20 miles away.

“I can be in the VA in 15 minutes,” he said. “Most of the people who have trouble accessing the VA are located out west in western NC, I think.”

Gina Jackson, spokesperson in the VA’s Office of Public Affairs, said the Asheboro location was chosen because of the number of veterans in that area.

“Asheboro is at the center of the state with the fourth highest number of veterans in the country—there are 10,000 Veterans in Randolph County and 1,600 Veterans in Asheboro,” she said via email.

Walmart said it welcomes the partnership. The company has set aside space for veterans to meet with providers in a private space connected by television monitors. Different services are available at different locations, but many include primary care, nutrition counselling, mental health services and social work. Asheboro is the pilot program, but the program will expand to five sites total.

“As both a veteran of the Air Force and a father whose son and son-in-law are serving, I know firsthand how important support and access is for our military, especially when it comes to health care,” Daryl Risinger, chief growth officer for Walmart U. S. Health and Wellness, said in a statement. “Walmart is committed to making quality health care affordable and accessible and is working with VA to expand its ability to serve Veterans through technology. This is another way we are helping our communities live better.”

The VA says it provided 490,000 veterans with access to providers through more than one million “video telehealth encounters” in the last fiscal year.

The article was originally published by the Daily Yonder. 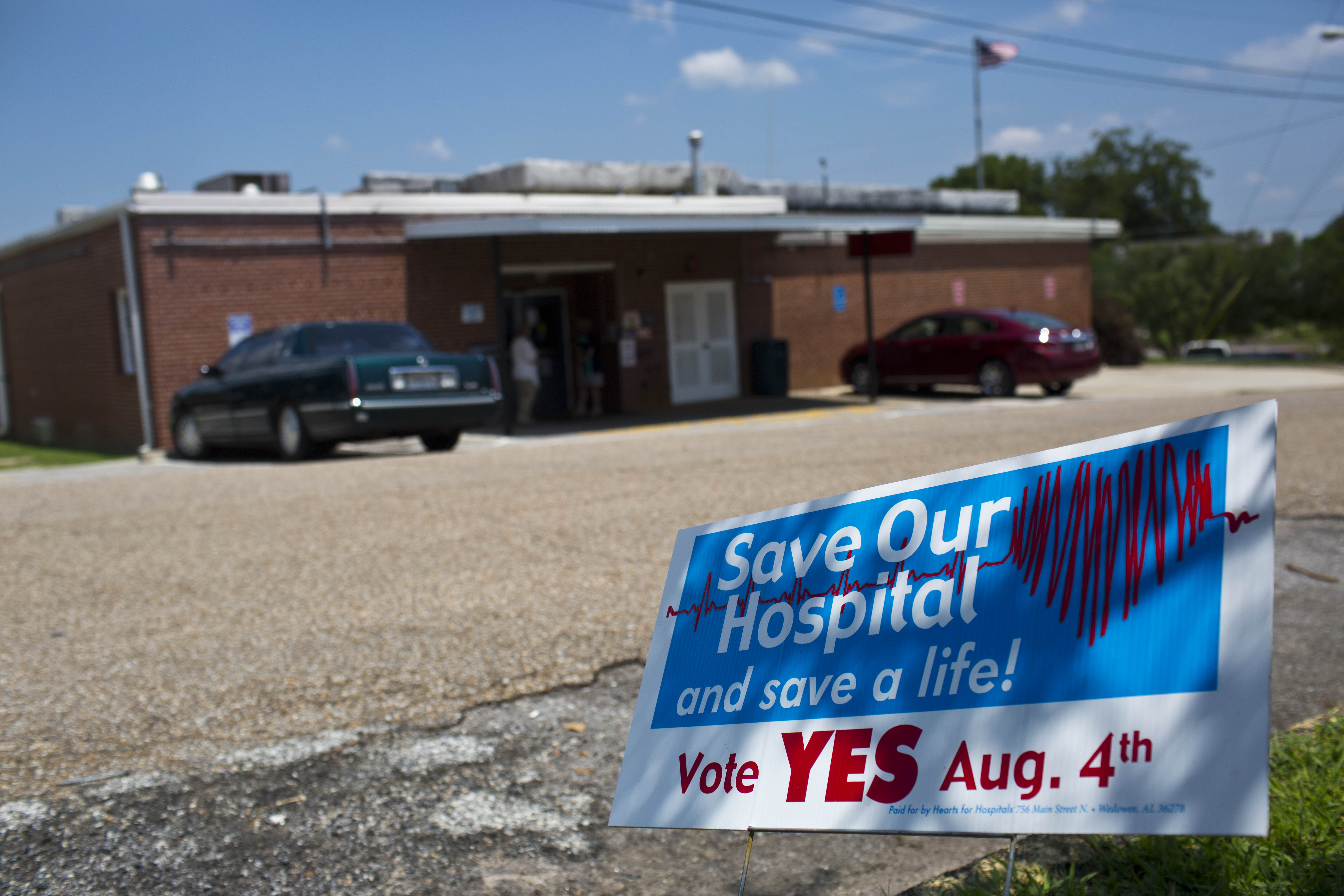 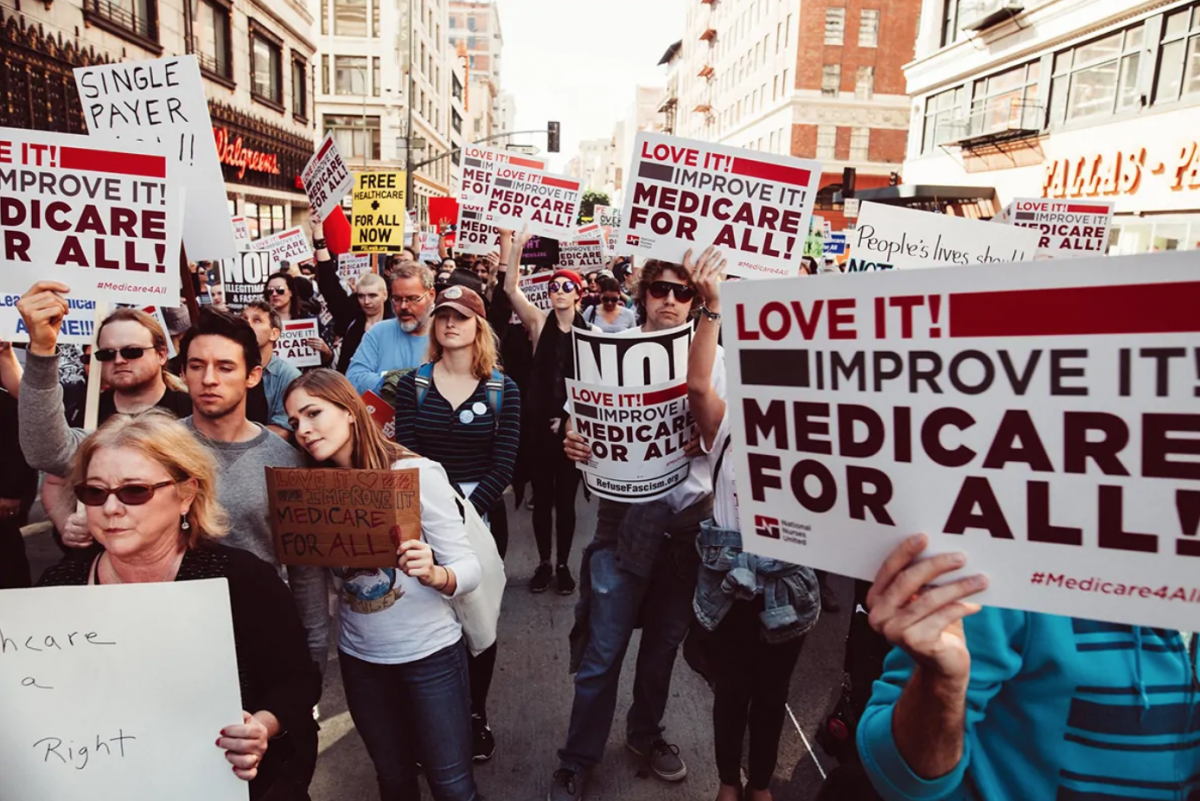 The Ocracoke Health Center is one of those vital institutions that keeps the island going, but that doesn’t…
byRose Hoban