When I was a kid, the thing that intrigued me most about Santa wasn’t the beard, or the flying reindeer, or the repeated breaking and entering. No — I was fascinated by his workshop. I loved to imagine the elves working tirelessly to make toys that would end up under Christmas trees around the world.

But you know, I never once imagined the elves making the season’s hottest toys.

Instead, I pictured Santa’s little helpers building toys with good old-fashioned wood and glue. I imagined a shop filled with the smell of sawdust and the sound of popguns.

Turns out, my visions looked a lot like what I found in Proctor, West Virginia; headquarters of Mountain Craft Shop Company, which has been turning out traditional handmade Appalachian toys since the early 1960s.

The tree-shaded workshop used to be an elementary school. Now, one side of the building is filled with power saws and a wood lathe, bottles of Elmer’s Glue and slabs of locally sourced hardwood. The other side, the shop’s showroom, is filled with toys your great-grandparents probably would recognize.

“I like to tell the kids, can you remember before Walmart and plastics. There wasn’t necessarily a store to go to to buy toys, so grandmom or granddad or dad or mom made the toys from what was readily available: sticks that they found out back, little pieces of wood, pieces of string, little bits of leather,” says Steve Conlon, who runs the business with his wife Ellie.

A few months back, Conlon gave me a tour of the property, which he calls “Wetzel County’s Only Amusement Park.” Putting down his popgun, Conlon picked up what looked like a capital letter L.

He held it by the short end and whipped it around in the air, creating an ear-splitting ratcheting sound.

“We call this a rattletrap. All this noise is generated from a tongue depressor and this little cogged wheel here. I tell ‘em, it sounds better in a van,” Conlon said.

Then he picked up that old toy where you try to catch a ball on a string in a cup. Conlon tried twice before landing the ball perfectly on his third attempt.

“This actually dates back to 1580 in England,” Conlon said. “Good for eye-hand coordination.”

Next, he moved over to a low table and palmed a handful of marbles — manufactured about 20 miles away at the Marble King factory, in Paden City.

“We make a variety of marble toys. This one is interesting. We call it a musical marble tree. It’s about 30 inches tall and it has pieces of wood — leaves — that stick out on either side. We drop a marble and a marble goes from one leaf to another,” Conlon said.

He dropped the marbles and they began bounced down the wooden fronds, sounding like Animal from The Muppet Show going nuts on a marimba.

The Conlons manufacture all these toys and dozens more models in their tiny shop, which they open to visitors. They also sell their toys in gift shops around West Virginia and surrounding states and at Tamarack, in Beckley. But they did not come to West Virginia to be toymakers. They wanted to be farmers.

“We moved here in 1974 from Philadelphia and we brought with us a couple beehives in the back of the U-Haul truck. I was just fascinated with bees. We tried chickens and cows and every other agricultural pursuit and bees kept kind of rising to the top. So it evolved into us owning a lot of beehives and needing other locations to keep them,” Conlon said.

They placed some of their hives on the property of a neighbor named Dick Schnacke. He was a mechanical engineer by trade and worked at the aluminum plant in nearby New Martinsville. But he also taught himself to make traditional folk toys. But researching how to do it wasn’t easy.

“Very little was really recorded,” Dick Schnacke told the West Virginia Division of Culture and History in 1978. “You see, toys were not considered to be anything but trifles, all through the ages, until just the last few years. So nothing was recorded.”

Still, Schnacke forged ahead. He eventually compiled two books on folk toys. He also spun his passion into a small business, the Mountain Craft Shop Company. Schnacke handled all the research, development, marketing, and sales. But, kind of like Kris Kringle himself, turned manufacturing over to a team of elves.

“He actually didn’t make any of the toys himself. He had probably 10 people who were making the different toys at home. People who were buying their farm by making toys to be sold,” Conlon said.

Through the years, Schnacke grew the company’s inventory to include some 200 traditional toys. But by 2002, he was getting older and looking to get out of the toy business. So he offered to sell it to an enterprising couple who could keep his legacy alive — his friends the Conlons.

Along with the business, the Conlons also got Schnacke’s expertise on building folk toys.

“It was a manufacturing business. We had to learn how to manufacture those toys and had to accumulate a lot of power tools, which wasn’t painful for a man to do,” Conlon said.

To keep manufacturing costs low, they decided to start making most of the toys in-house. The Conlons, who still raise bees and sell honey, get the wood from trees they harvest on their own property or from logs their neighbors give them. They mill the logs themselves and air dry the lumber in the shop.

“Some woods do a lot better at certain things. We pick out the woods for their adaptability of the product and also the beauty. If you use a piece of walnut, it really makes a toy stand out. If I’m turning things on the lathe, cherry is a very nice wood for turning,” Conlon said.

Many of the toys are incredibly labor intensive to produce. Take the Jacob’s Ladder, for instance. This classic, deceptively simple-looking toy creates the illusion that pieces are click-clacking to the bottom of a string of wooden tiles.

“The Jacob’s Ladder has 8 different pieces of wood. So I make the pieces of wood in here, plane them down, sand them,” Conlon said.

Conlon’s wife, Ellie, then cuts 24 pieces of fabric and glues them to the wooden tiles to bring the jacob’s ladder together.

“We make about a thousand a year. Not too many people want to work for pennies on the hour. If you own your own business, you do that,” Ellie Conlon said.

That level of commitment — and sacrifice — is one reason the Conlons are not yet sure who will take over Mountain Craft Shop Company when they decide to retire.

One thing remains certain, though. The traditional toys they make have not lost their ability to captivate children. They see it every time they set up a booth at a craft fair.

“Kids will just spend minutes, half an hour, there as long as parents are willing to stay. And then of course there’s crying and screaming when it’s time to leave,” Steve Conlon said.

When Conlon says this, it reminds me of something that happened a few months ago, when my wife and I took our five-year-old little girl to Babcock State Park in southern West Virginia. We told her she could pick out one thing from the gift shop. She perused the whole store but ultimately gravitated toward a shelf near the window — where she picked up a Jacob’s Ladder made by the Conlons.

As we cruised down the interstate headed for home, I noticed I couldn’t hear any noise coming from her tablet.

Instead, I heard the clacking of the Jacob’s Ladder.

Even in this age of screens, toys made with wood and glue still possess magic. And Steve and Ellie Conlon are keeping that magic alive.

If you’re interested in picking up some toys from the Mountain Craft Shop Company before Christmas, their Proctor, W.Va. will be open 9 a.m. to 5 p.m. on Friday, Dec. 20; 11 a.m. to 4 p.m. on Saturday and Sunday, Dec. 21-22; and 9 a.m. to 5 p.m. on Monday, Dec. 23. They will be closed on Christmas Eve and Christmas Day. Their toys are also available at Tamarack and many state park gift shops.

The Folkways Reporting Project is made possible in part with support from Margaret A. Cargill Philanthropies to the West Virignia Public Broadcasting Foundation. Subscribe to the podcast to hear more stores of Appalachian folklife, arts, and culture. 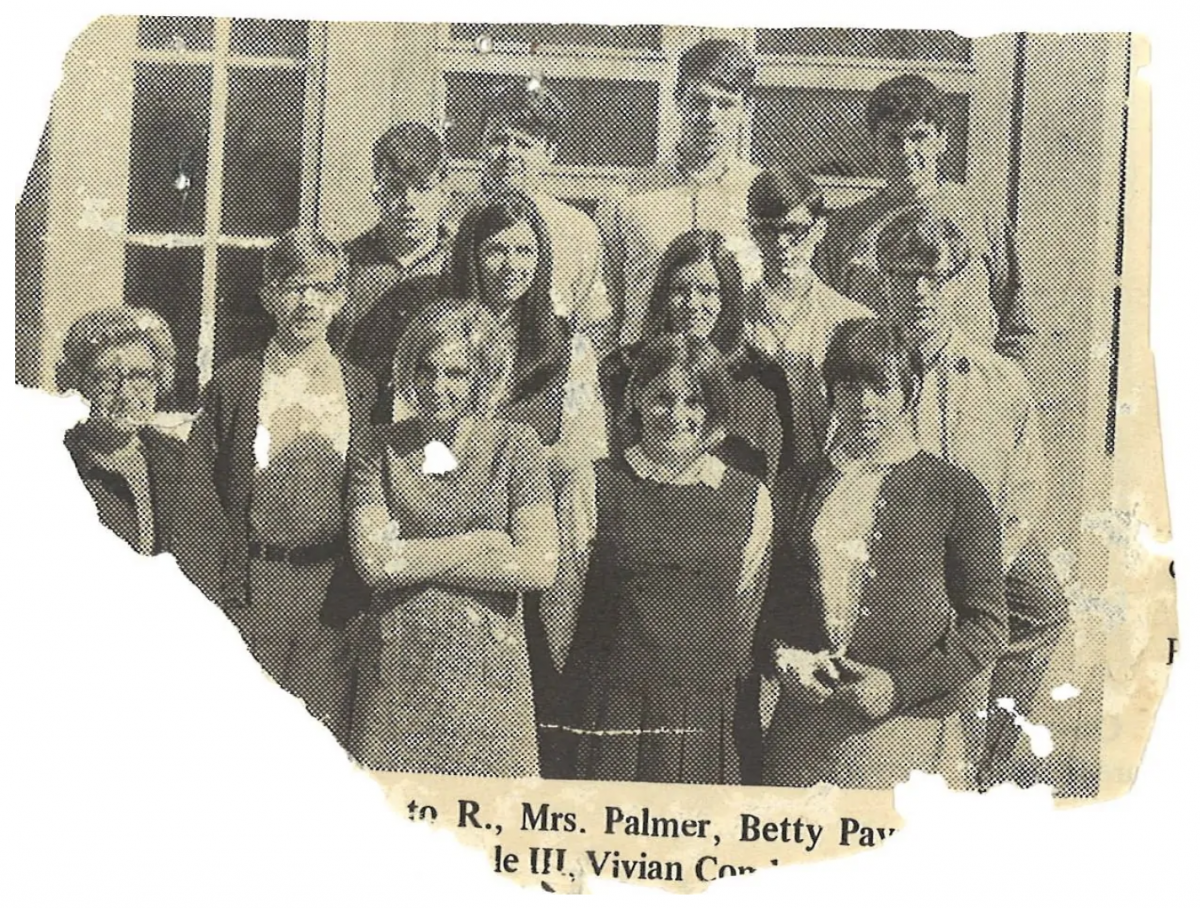 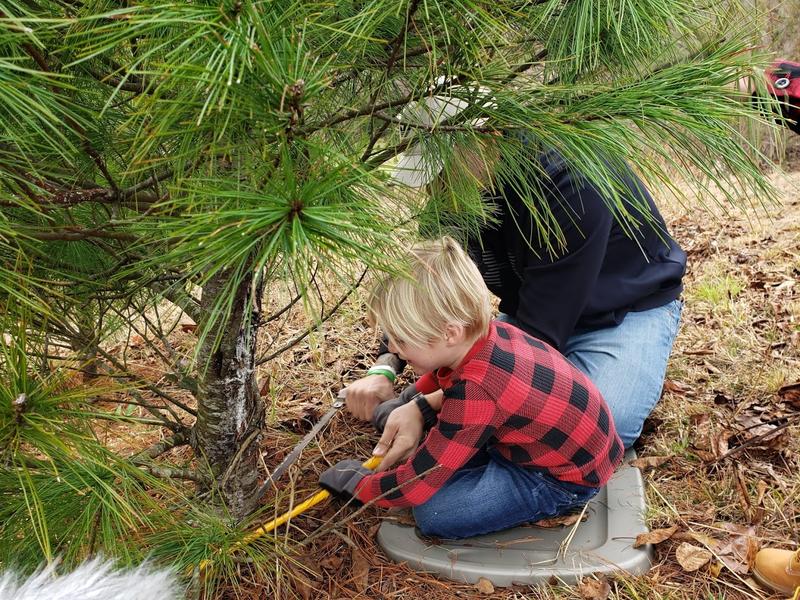 People have been decorating Christmas trees in their homes since the 16th century. It’s a tradition that began…
byRoxy Todd & Eric Douglas 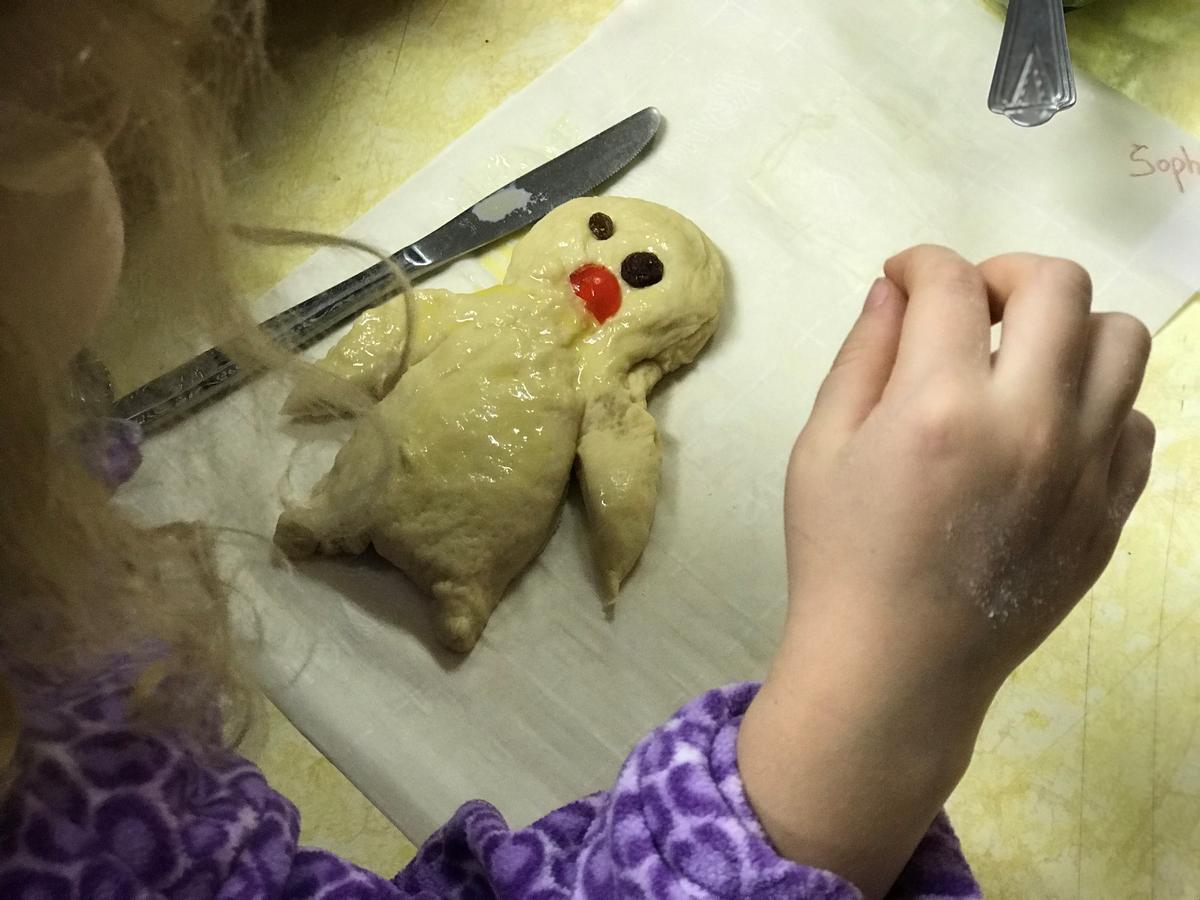 In the mountains of Randolph County, West Virginia, is the small Swiss-German town of Helvetia. This tiny, remote…
byLiz McCormick
3 shares
3
0
0 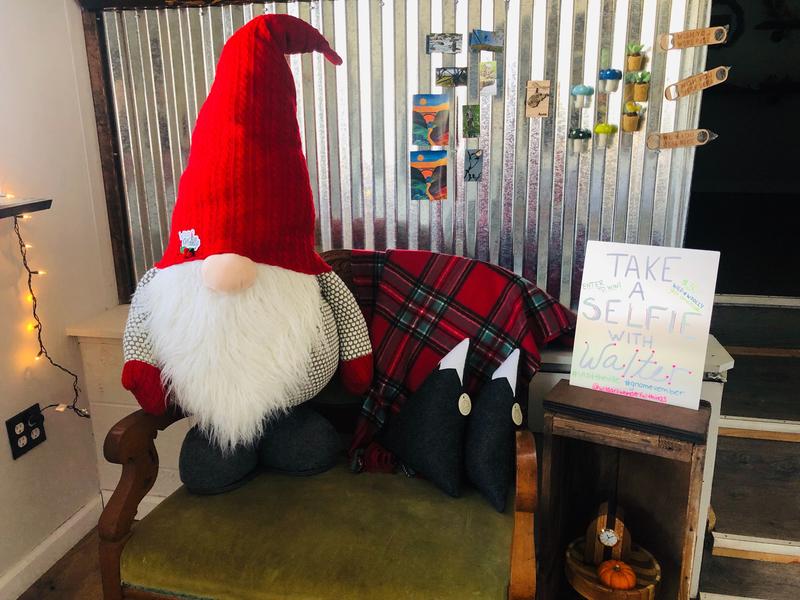