It was somewhat of a homecoming when Los Angeles filmmakers Ashley York and Sally Rubin came to Appalachia to film the documentary hillbilly.

York was born in Kentucky, studied journalism at the University of Kentucky, and was always looking for the right opportunity to document modern Appalachian culture. Rubin was born in Massachusetts but her mother was from Tennessee, and much of her documentary work has focused on Appalachia.

In 2010, York saw Rubin’s film Deep Down about mountaintop removal and reached out, looking, perhaps, for an opportunity to collaborate.

“We were kindred spirits with the topic of demonization and discrimination that has been so pervasively depicted about Appalachia,” York added.

In 2013, they began work on hillbilly. It started as an exploration of the term and the portrayal of the stereotype in all types of media.

“The film seeks to elevate the stories and perspectives of a wide range of people living and working in Appalachia,” York told 100 Days one week before hillbilly’s debut at the Nashville Film Festival in the spring of 2018.

“I’ve thought about media representation for a long time, and I would say this has not been an easy story to tell at all. We are definitely trying to use the film to abolish stereotypes about the region and to show alternative voices,” Rubin said. “At the same time, we are committed to complex, multi-dimensional portraits of this region. Those aren’t one-sided, and they’re not easy to paint.”

The picture they delivered is a vivid and nuanced portrait of a region. Where Coal Miner’s Daughter and Harlan County USA focused on the industry of the place, the story of hillbilly is told by the people who have spent their lives in the region, as well as the artists, poets, activists, musicians, who express what it is to be Appalachian.

The widespread fanfare and critical acclaim that has followed has been astounding.In October, after a long tour on the film festival circuit, Hulu acquired hillbilly, bringing it to a mainstream, national audience.

Hart Fowler spoke with York and Rubin after the Hulu acquisition, about the two years since the release.

HF: When you started this project, it was really supposed to be focused on the historical and contemporary portrayal of rural people and the term “hillbilly” in the media, but the 2016 presidential election became a significant part of the documentary. I imagine you weren’t prepared for the timing or the scale of that election when you began the project.

SR: We’d already been filming for three years when Trump and the election happened. That was never on our radar in the production of the film, and then we had to play catch to figure out how this story was going to play nationally and how [the election] would play into our movie.

AY: We were looking for things to unify our cast and Trump was starting to become a thing. My grandma went to a rally and I was like, ‘what?’ I was very surprised by that. That was about the time we started to think there was something meaningful here. Both of us as lifelong democrats.

HF: That was a somewhat touching scene where you, Ashley, mention living your Granny’s dream of leaving Kentucky. Two years after the documentary and three years into the Trump Administration, have you noticed any changes in your family’s political views, or of their opinions on the current administration?

AY: My granny has a lot of great stories I’ve been recording, mostly in audio but also in interviews on camera too. It was kind of a natural progression for us to end up there, that November. I see them a lot, every time I fly in or out, I go through [Pike County] because it is close to the Cincinnati airport. So, I have a long relationship with them, sitting around the kitchen table, sharing stories. That’s just the way we operate and have for a very long time, so I think that’s why it feels so natural and organic– ‘cause it is.

There’s only a few people who we spoke with intimately in the movie who voted for Trump. Most everybody else is progressive and voted for Hillary, but we just don’t talk politics with them. My granny and her Uncle Bobby [the two Trump supporters in the film], from what I understand, are still enthusiastic for Donald Trump.

We will see how things evolve as we get closer to the convention next summer. Let’s say somebody like Joe Biden became the [Democratic] nominee. I wonder if he would be interesting to them. He certainly wouldn’t have at any other point in their lives, and Donald Trump is not a shining star by any means.

Their point of view these days is very similar to what it was during the election. I would say ask them because we usually don’t talk politics.

HF: Hulu acquired hillbilly this fall, but won’t release the total number of views or streams on their platform so far. But it is a big distribution deal and now much larger audiences are able to see the film. Can you talk about some of the feedback you have received since the Hulu deal?

SR: In January 2019, [hillbilly] went live on Amazon and Youtube for purchase, but this Hulu release was the first on [a subscription-based] streaming platform. The biggest response to me from the people that view it has come from writing in to our page. Even internationally, where it comes up on their Hulu, they talk about how it changed their lives and changed their views. That is really gratifying.

AY: I’ve definitely been getting a lot of responses, a lot of emails, most saying, ‘I stumbled upon this movie and wasn’t looking for it. It kind of found me.’ People overwhelmingly have been moved by it and relate to it in a way, many with shared experiences with people in the film talking about being marginalized or discriminated against, people really relate to that.

HF: One of those marginalized people you show in the film is Billy Redden, who famously played the small boy in Deliverance that plays Dueling Banjos. He shares in the film that he felt taken advantage of by the film and his portrayal in it, and has struggled financially since. How did he react to your film?

AY: We did a crowdfunding campaign to bring him to Los Angeles when we brought the movie to the Los Angeles Film Festival. In hillbilly, Billy told us, “I was hoping I’d get to Los Angeles someday.” But that didn’t happen after Deliverance.

We had sold-out performances at the festival, including at the Arc Light which is one of the most premier cinemas in the world. It was a great experience, with the red carpet and all that.

SR: It was our second premiere in the heart of Hollywood and at the Warner Brothers studio that had made Deliverance. It was incredible, [Billy] got a standing ovation. He was paid $500 for Deliverance. We had a very generous donor at the film release that called in to donate $7,000 to him for his instability we showed in [our] story.

HF: In addition to discussions of Deliverance in your film, director Michael Apted’s film Coal Miner’s Daughter is referenced and he is also a source, sitting to speak to you all about Appalachian culture portrayed in film. He also spoke at some of your screenings.  What was it like meeting and working with Apted, such a highly regarded and prolific filmmaker, in this project and the screenings of the film after?

SR: He came to our first screening in Nashville and everyone hooted and hollered [for him]. Our run here in L.A. was similar, where he had a long introduction and discussion with the audience. He was very supportive of the film, which was very gratifying after our five years of [work].

AY: It was great to spend time with Michael. We talked a lot together about Coal Miner’s Daughter, another film that was always on when I was growing up. I love that movie and it is such quality cinema. My dad and mom love that movie, my sister loves that movie; it was meaningful to talk with him and hear about his experience showing the film [all over the country].

HF: Sally mentioned you premiered the film in Nashville, a city that’s quickly changing and growing now, but is still the heart of Country Music, or historically hillbilly music. What was it like having this film show for the first time in that city?

AY: That was in 2018. The first screening sold out so we added a second screening. They had a red-carpet and we were the largest red-carpet of the [Nashville Film Festival] and a lot of the cast was there. It was really tremendous. Dolly Parton saw the movie and said it was wonderful, so it was great to have her blessing and kind words going into the festival.

SR: The premiere was really something. That’s when we first spoke with The Orchard (an entertainment distribution company) and they made an offer and we negotiated for months eventually leading to Hulu buying the film.

HF: Did you expect that coming in? I imagine the debut was a tense moment.

AY: Yes, [but] the movie was made with such loving care, I wasn’t worried that we were going to offend people or have a negative response. There were certainly people who don’t like the movie and have called it liberal garbage and who aren’t sensitive to our point of view and that’s fine.

Most people appreciate the movie and learned something from it. I think people are very compassionate about story-telling and I felt good about that.

HF: What’s next for the two of you?  Do you have any future plans to work together or are you moving on to personal projects now?

AY: I’ve a long long list of ideas of projects I’d love to get made. Working on some developments with HBO and an Apple series this year, and some documentary developments that I’m doing, exploring all kinds.

I would like to spend a lot of time making projects in Appalachia and Kentucky, absolutely.  AndI’m heading to New York tomorrow to go to work on a project on Broadway that I can’t talk about quite yet.

SR: I’m working on a short, personal, animated documentary called Mama Has a Mustache  about being gender nonconforming and pregnant.

I am interested in working on a project in the future about queer Appalachia. I’d love to continue to work with folks from hillbilly and Deep Down, such as Silas House, Jason Howard and others with whom I’ve had a deep personal and creative connection over the years. It’d be amazing to align my two favorite communities in one film; the LGBT community and Appalachia. 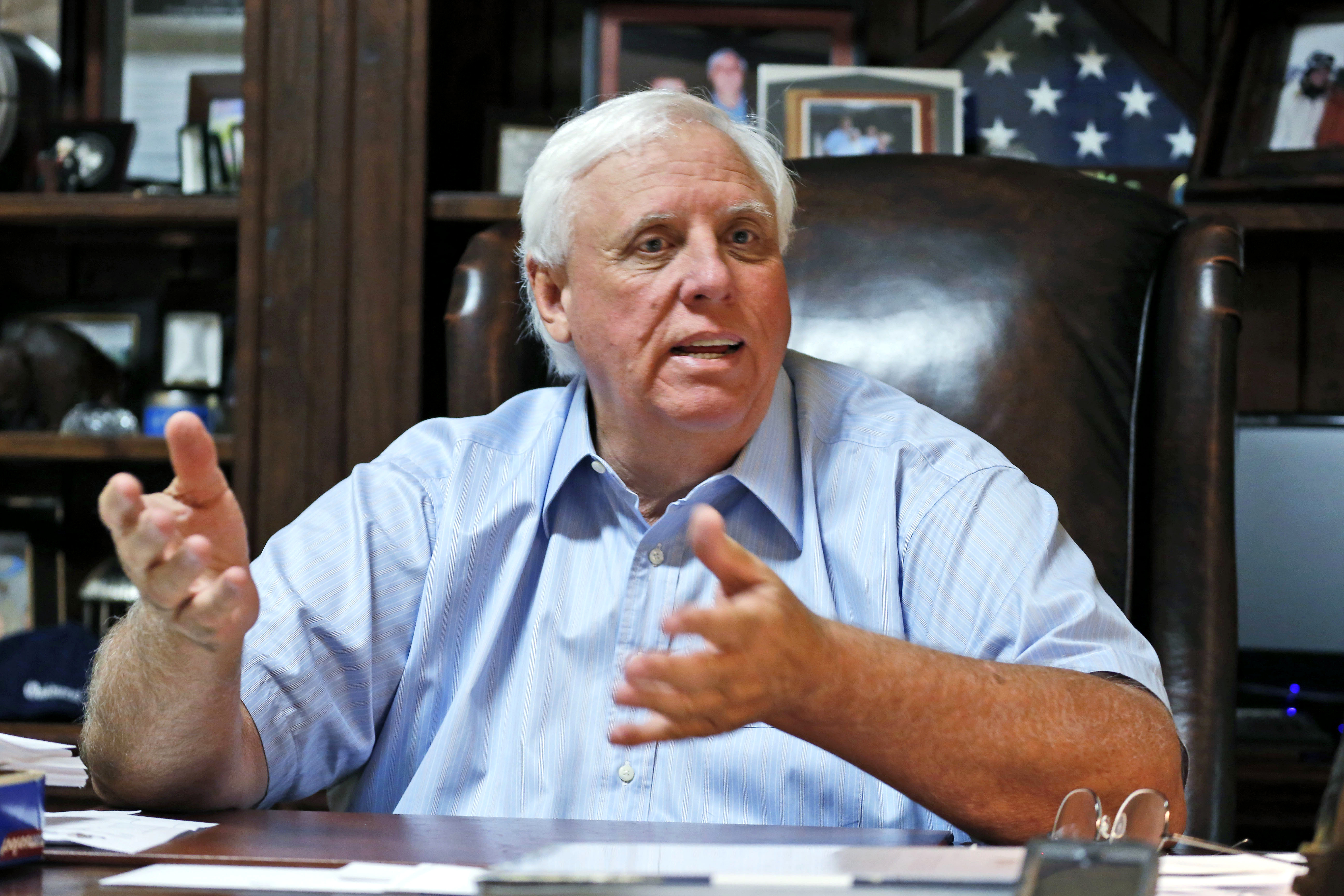 Nearly two years ago, my wife was laid off from a high-paying job in the oil and gas…
byEric Douglas 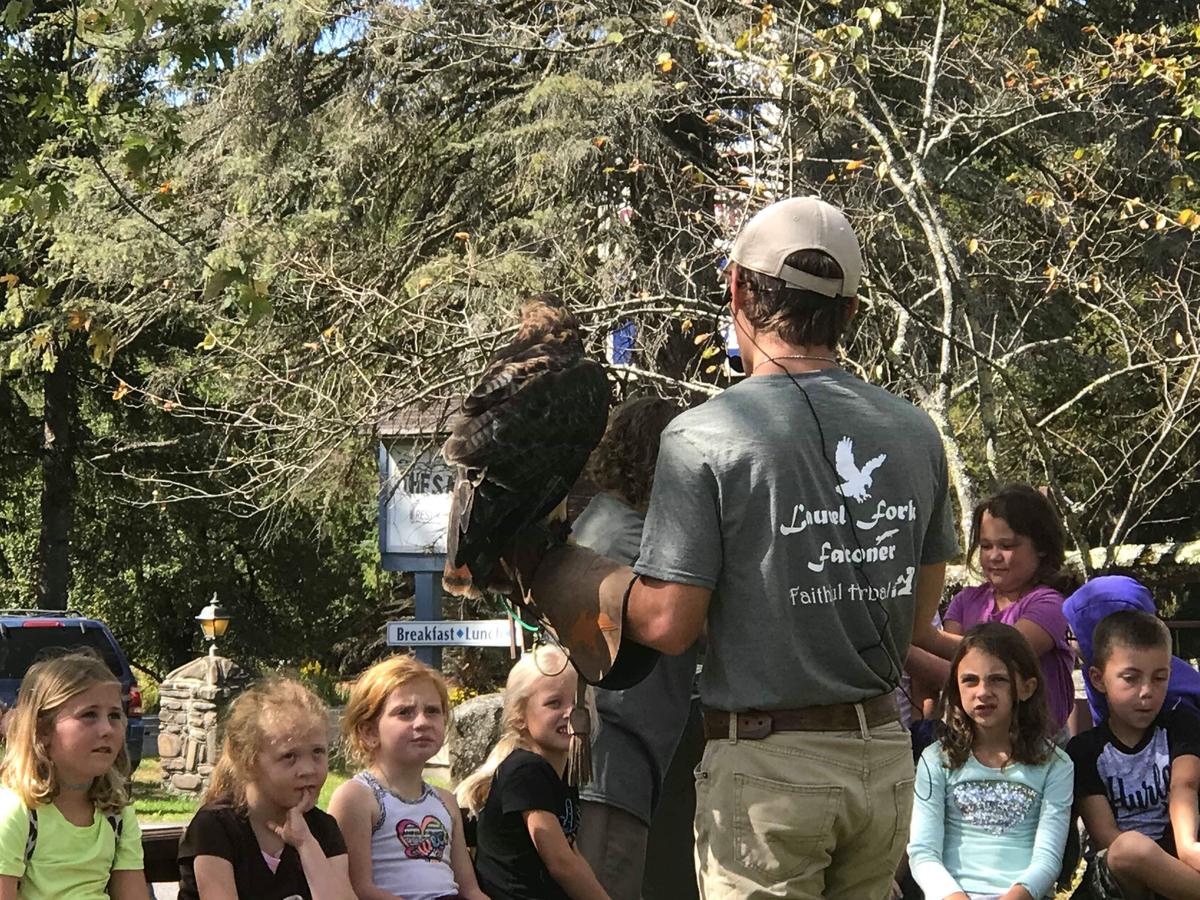 ‘Birds Can Teach Us’: A 20-Year-Old Falconer On What It Takes To Hunt With Raptors