Women in Appalachia face some of the highest rates of cervical cancer in the country. They are also among the groups of women least likely to receive cancer screenings.

The Ohio State University Professor Electra Paskett has dedicated much of her career to understanding the reasons behind why women in Appalachia are more likely to contract and die of cervical cancer.

West Virginia Public Broadcasting’s Brittany Patterson spoke with Paskett about her work. See below for an extended version of the interview.

BP: What initially drew you to studying cervical cancer in Appalachia?

BP: So you definitely had some ideas going in as to what might be leading to the high levels of deaths from cervical cancer in Appalachia, the first five years of your research here, were focused on figuring out what those were. Tell us a little bit about what we’re seeing.

EP: So when we started the study, again, we wrote the grant in 2002. There were three factors that were related to cervical cancer it was tobacco use, lack of pap screening and HPV infection. So what we started out to do in the first five years was really qualify all of those, and we established the prevalence of smoking and actually try to get women to stop smoking. We looked at the uptake of pap smear screening, and we did an intervention to increase the uptake of pap smear in women who were out of guidelines. The third project focused on quantified the prevalence of HPV and high-risk HPV in the population, which we were able to do.

BP: One of the things I found really interesting was there was some concern that the vaccine people often knowN as Gardasil, that prevents certain types of HPV, that that may not be as effective here. And you looked into that specifically, what did you find?

EP: We thought that because women in Appalachia had experienced a lot of stress, mainly from the socio-economic conditions as well as depression, that would affect the immune system, in that once given the Gardasil vaccine, they wouldn’t be able to mount appropriate immune response. And we did not find that. We found that even women who have experiencing high levels of perceived stress, we found that women were still able to mount a strong immune reaction to the vaccine. So we were very relieved by that findings.

BP: So in 12 years of research, we now have a better understanding of why we see more women in Appalachia facing cervical cancer than in the US. What comes next.

EP: So what we’re doing is we took all these factors and we’re working now with clinics in four Appalachian states. So they’ll be West Virginia, Kentucky, Ohio and Virginia. And we’re working with 10 health systems. And we’re going to be implementing a prevention program in those health systems that will focus on tobacco cessation, cervical cancer screening and HPV vaccination. And we’ll be teaching the providers and the clinics, how to offer that to their patients, so that their patients can get all the aspects of cervical cancer prevention and that it will not only focus on the individual woman, but it will focus on their family members, both their children and other family members who might smoke for example. And so we call it a generational family-based intervention delivered by the clinic.

BP: It sounds like doctors and healthcare workers are really crucial players in trying to reduce cervical cancer.

EP: They are. Healthcare providers and the entire clinic staff are integral players. You know, when you ask people, why did you stop smoking? or Why did you get a mammogram? Anything like that. It was health behaviors. The number one reason is my doctor told me. So, people really look to their healthcare professionals, to give them advice about what they need to do to improve their health to stay healthy. And the doctors need to be taught how to deliver those messages, and how to help their patients do what their behavior is. It was simple to say, Oh, you need to stop smoking. Well, thank you very much, but how am I supposed to do that? And that’s what we’re going to be teaching the clinics: how to help their patients do that.

BP: This is a problem that is is really an all cancer, in general, is really challenging to solve, and especially on the prevention side of things, looking toward the future, what is sort of your hope and specifically in Appalachia, the barriers that we see here are those things that your research says we might be able to overcome.

EP: So that’s a really good question. And I’ll you know, a lot of the factors that impede people stopping smoking or getting screening exams is related to social determinants of health and, and how do we impact the social determinants of health and I’ll give you this example of a couple of them that clinicians have told me. Transportation. A lot of times it’s hard to find transportation to get to the clinic because we don’t have transportation services in rural areas and this condition said the best thing he said we don’t have ruber which is rural Uber. We don’t have that. And so transportation is a real problem. It really is. And we have to look for innovative ways to address that. And the second problem he told me was communication. And we see that that all the time that, you know, the rest of the world thinks that there’s no digital divide, well, there is a digital divide. I go to one clinic, and as soon as I turn off the highway, I lose cell service. So there is a digital divide, you have to embrace that. And you have to be able to figure out ways to communicate with patients that don’t necessarily need the cell phone. We use patient navigation a lot. And the navigators, they work for the patients. They identify, why can’t you come in for this Pap test or why don’t you want to come in for the Pap test, and then they can work on each individual barriers to obtaining the recommended care. It almost takes a village, but the issue is that you should not be blaming the individual patient for doing a risky behavior or not stopping a risky behavior, you have to dig deeper and find out why is that person doing that or won’t do that. And then you have to identify the root causes and deal with the root causes. 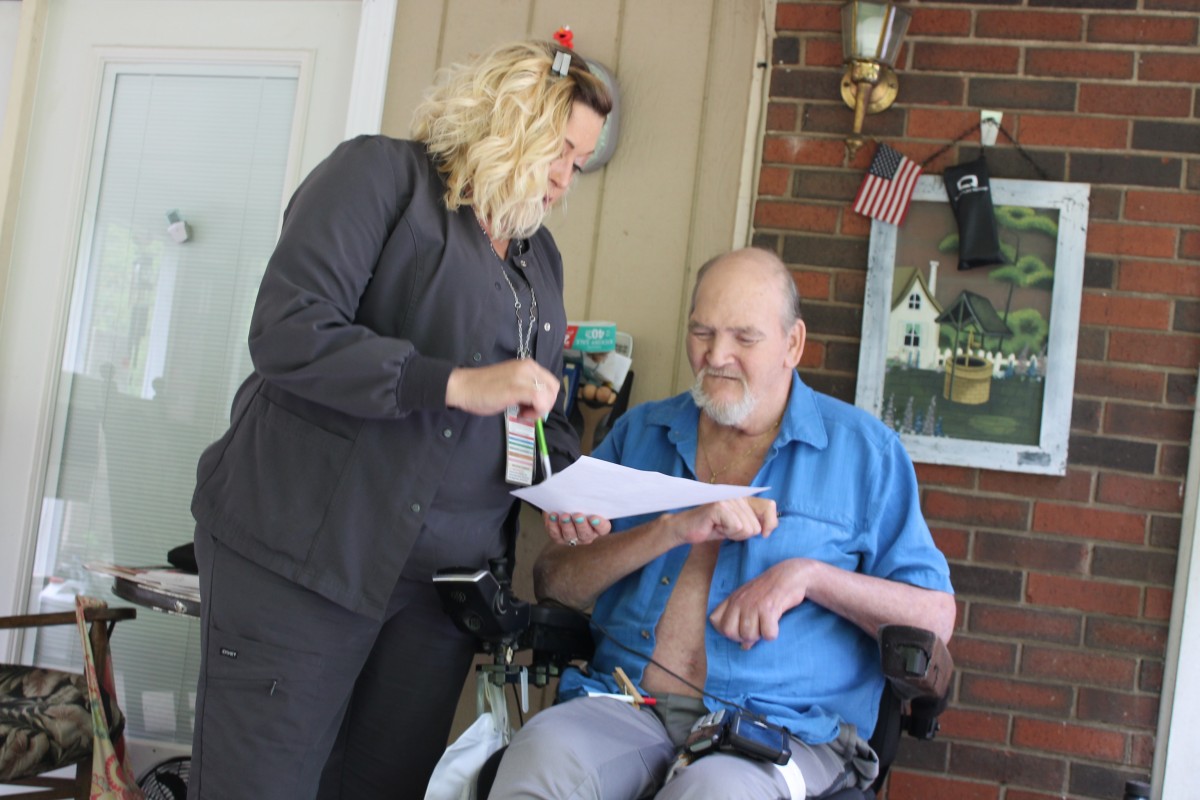 Kelly Browning doesn’t wait for Lyle Marcum to come to the door. She knocks and then pushes the…
byAnna Patrick 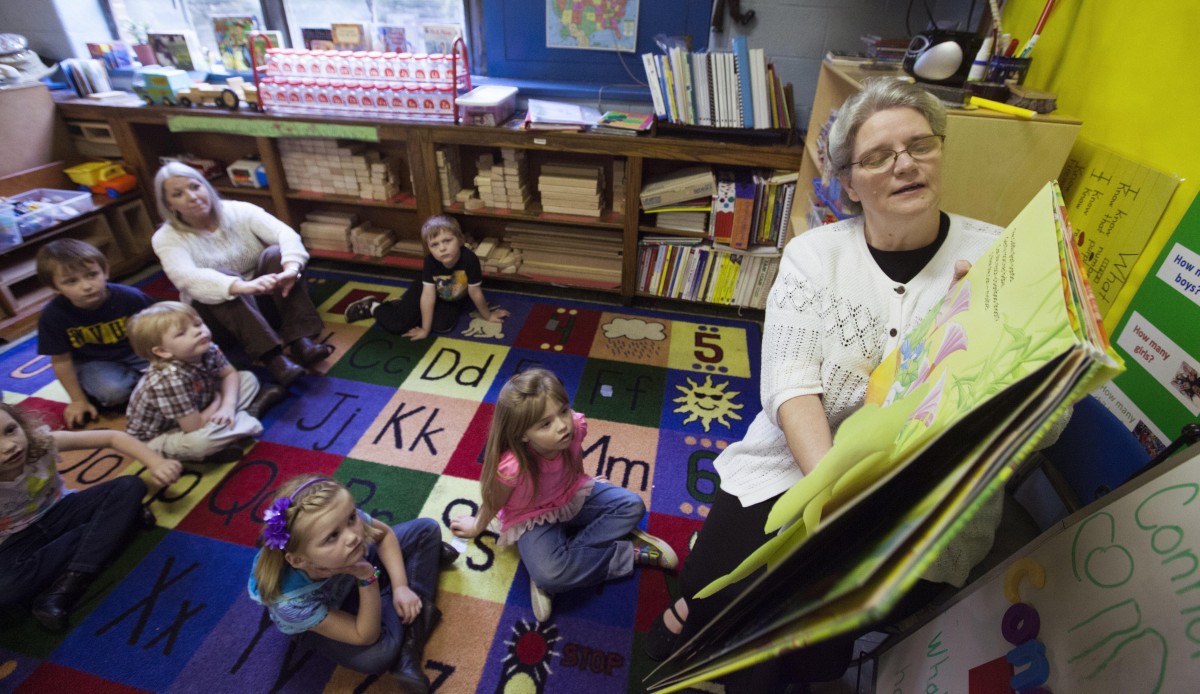 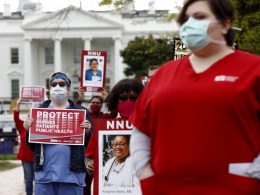