Democrat Andy Beshear made gains in rural counties, compared to the 2015 gubernatorial race. While Republican Matt Bevin still won the rural vote, his margin was slimmer, contributing to Beshear’s 5,000-vote margin of victory.

Kentucky’s Democratic Governor-elect Andy Beshear built big leads with voters in the state’s largest cities, but his improved performance with rural voters was an essential part of his 5,000-vote victory over incumbent Republican Governor Matt Bevin.

Turnout was up in all areas of the state. Thanks to energies unleashed by Trump’s 2016 election, almost 50 percent more people voted in the Beshear-Bevin race than the previous Governor’s race in 2015.

But contrary to the popular perception that remote rural areas are voting increasingly Republican, turnout for Beshear in rural areas of Kentucky grew 30 percent more relatively (or 15 percent absolutely, 55 percent to 40 percent) than it did for Bevin.

The most striking example of this shift was in Eastern Kentucky, where Beshear won five counties that had voted 70 percent for Trump and four counties averaging in the high 60 percent range.

The results in Kentucky illuminate what Democratically aligned political strategists are calling “a remarkable amount of opportunities” to mobilize support for Democratic candidates among rural voters.

“We will 100 percent be focused on cutting into Trump’s support with rural working-class voters,” Shripal Shah, vice president for American Bridge PAC, told The Hill during their $50 million advertising campaign launch back in September.  “Over the course of this summer [we] found a remarkable amount of opportunities.”

To understand how Beshear’s support varied across the urban-rural spectrum, I use the USDA Rural Urban Continuum Codes (RUCs). These codes classify every U.S. county on a spectrum of 1 (most Metro) to 9 (most Rural).

To simplify this specific analysis, I broke these nine codes into four categories

Here’s how the 2019 Kentucky electorate breaks down according to these four categories:

Using this county-level classification helps standardize definitions of “rural” and ensure consistent data analysis between different states and election cycles. And through this approach, we can draw more specific conclusions about the performance of rural voters during the 2019 Kentucky governor’s race.

As noted above, Beshear significantly improved Democratic performance in rural counties compared to the Democrat candidate running for governor in 2015. But a clearer picture of recent rural voter trends in Kentucky emerges when including the results of the 2016 presidential election in Kentucky.

This analysis clearly demonstrates how the Trump wave flooded the state in 2016. It also shows that Democrats maintained or improved Clinton’s 2016 turnout levels in 2019 with Beshear on the ballot while Republican turnout dropped dramatically from Trump in 2016 to Bevin in 2019.

In other words, Clinton’s base turned out for Beshear, but Trump’s base stayed home for Bevin.

Though Beshear picked up roughly 20,000 more voters in Kentucky’s Large Metro areas, he still would have lost to Bevin by nearly 30,000 votes if he had only matched Clinton’s 2016 turnout in Remote Non-metro Counties.

With numbers like this, it’s no wonder Democratically aligned political strategists are seeing “a remarkable amount of opportunities” among rural voters.

Matthew Hildreth is political strategist with the Rural Democracy Initiative and executive director of RuralOrganizing.org 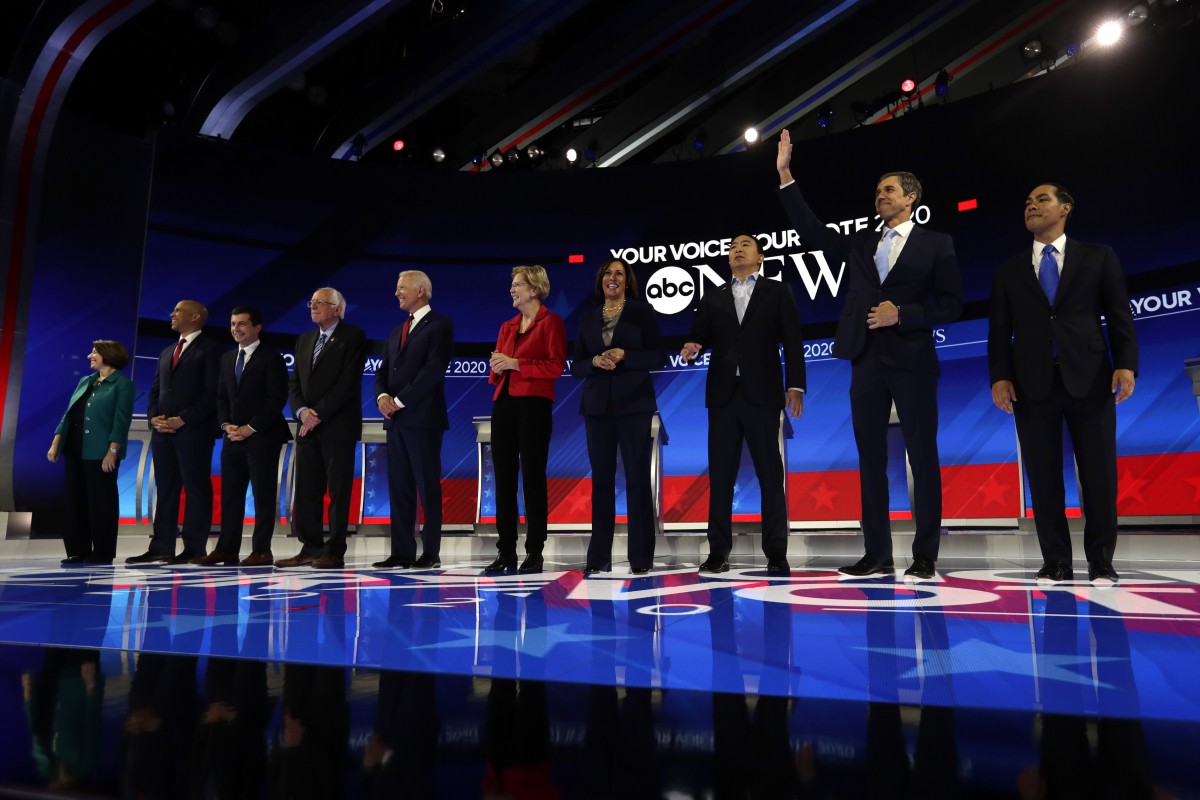 While Democrat candidates criticize Trump on the economy, the states that hold their presidential nomination contests first (Iowa,…
byBill Bishop