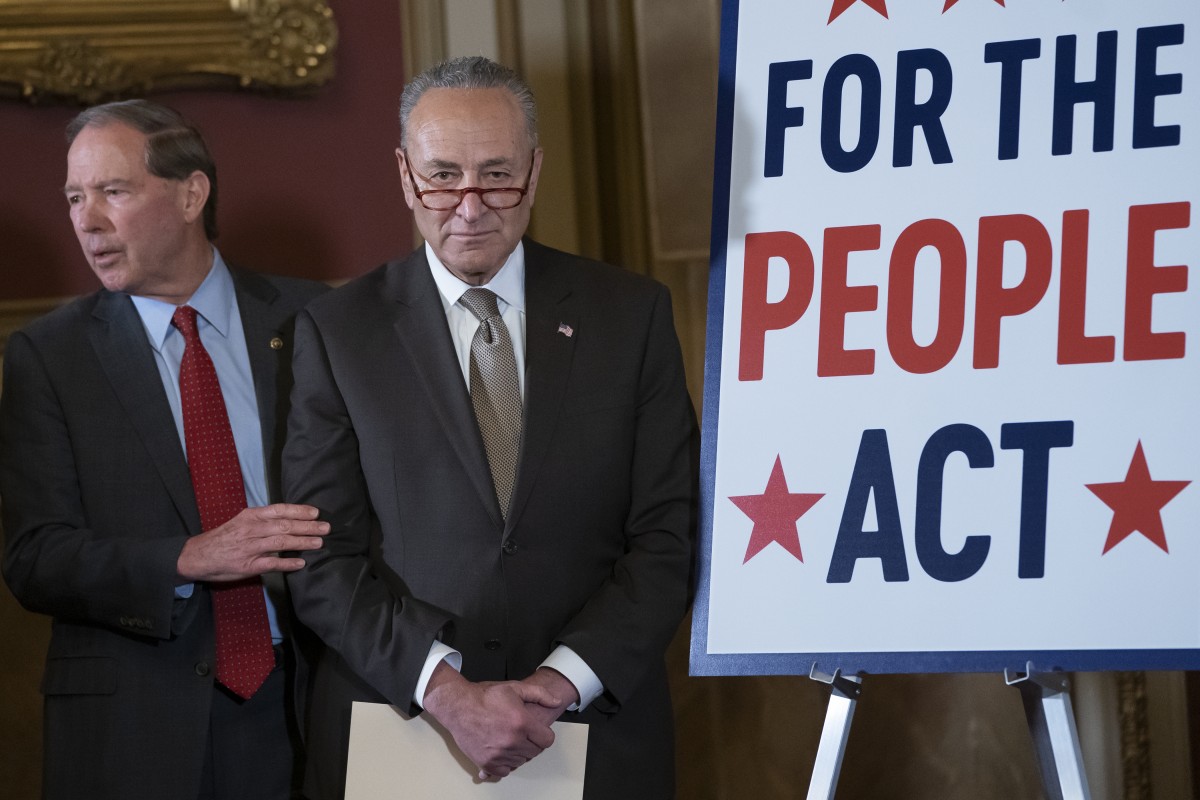 Efforts to end partisan gerrymandering suffered a blow in the Supreme Court, but the push to end it now moves to state legislatures, starting with North Carolina.

Bob Phillips, the executive director of Common Cause North Carolina, says his state is the poster child for political gerrymandering.

In the 2018 midterm election, Democratic candidates won a majority of votes for both houses of the state General Assembly and in U.S. congressional races, but the majority of seats nonetheless went to Republicans in all three arenas.

Bills introduced in the General Assembly to reform the redistricting process have garnered widespread support but can’t get committee hearings because the Republicans in power won’t allow it, Phillips said. In the last decade, courts have ruled that the state’s district maps were racially gerrymandered and tossed them, only to see them replaced with politically gerrymandered maps.

Yet North Carolina may advance a new frontier in the gerrymandering fight—by taking the maps to state court.

“We feel like the eyes of the nation might be watching what’s going to happen here,” Phillips said. Common Cause filed a lawsuit in North Carolina Superior Court and argued its case in court this summer.

On Sept. 3, a three-judge panel struck down North Carolina’s districts, saying it violates the state constitution. The legislature has until Sept. 18 to draw new districts.

Common Cause sued in a state court because the federal government won’t interfere. At the end of June, the U.S. Supreme Court ruled the federal government had no role to play in fighting partisan gerrymandering, the process by which lawmakers or appointed groups draw congressional and legislative maps to ensure majorities in their political favor. The case, in which Common Cause was the defendant, addressed a congressional gerrymandering dispute in North Carolina.

Justice Elena Kagan gave a sorrowful dissent from the bench, saying, “For the first time ever, this court refuses to remedy a constitutional violation because it thinks the task beyond judicial capabilities. …”

“Of all times to abandon the court’s duty to declare the law, this was not the one,” Kagan wrote.

The decision kicked the onus of redistricting reform to the states, and several are keeping the fight alive in courts, state legislatures and ballots, ahead of the 2020 census, which will start the decennial map-drawing process all over again.

In 2018, five states—Ohio, Michigan, Missouri, Utah and Colorado—passed redistricting reform ballot measures, with four of those states establishing independent commissions or officials to determine the boundaries.

Ballot measures aimed at reform are set to appear later this year in states such as Oklahoma, Nebraska and Arkansas. But Yurij Rudensky, a redistricting expert at the Brennan Center for Justice, said that states with no initiative process, such as Wisconsin, face tougher battles in their redistricting fights given that gerrymandered legislatures are reluctant to relinquish their own power.

“The [U.S.] Supreme Court essentially gave the green light to [gerrymandering], and it doesn’t matter the extent of the partisan bias or how distorted the map becomes,” Rudensky said. “That’s a really potent tool that would-be gerrymanderers have received from the court, and it makes it harder to ask people to give that up.”

But take North Carolina: Even as the state’s congressional maps faced review in the U.S. Supreme Court, Common Cause filed a lawsuit challenging their legislative boundaries in state courts as well, contending that partisan gerrymandering violates the state constitution.

Even though Common Cause North Carolina got what it asked for, Philipps expects the case to be appealed to the North Carolina Supreme Court, an elected body made up of seven Democrats and one Republican.

“If we’re successful in finding relief with our state Supreme Court, we hope it offers a blueprint for other states to follow,” Phillips said. “It can be done.”

Other states are seeking to amend their constitutions and are racing to get it done before the maps are redrawn in 2021.

Pennsylvania’s Supreme Court struck down its congressional map in 2011 and ordered it to be replaced with a new one, but the ruling didn’t change the partisan process used to draw the maps.

Advocacy groups such as Committee of Seventy and Fair Districts PA are fighting for an independent redistricting commission, but that requires a change to the state constitution, which can only be done if approved by majorities in two consecutive legislative sessions. To make it in time for the next map drawing, the reform bills introduced need to be passed twice by early 2021.

The activists have collected at least 60,000 signatures in support of the change, and nearly 300 municipalities and 20 counties, representing 68 percent of Pennsylvania’s population, also have passed resolutions supporting reform.

“The people of Pennsylvania want something to happen,” said David Thornburgh, president and CEO of the Committee of Seventy. “They think we can do better.”

Virginia also is on its way to a state constitutional amendment. The General Assembly “overwhelmingly” approved an amendment in February that would establish an independent redistricting commission, said Brian Cannon, executive director of OneVirginia2021, which is leading a grassroots movement for reform.

The amendment needs to be approved by a newly-elected General Assembly in 2020 before it goes to the voters that November—another timeline intended to beat the 2021 redrawing.

The 2017 state election in Virginia provided a clear demonstration of gerrymandering in action, Cannon said.

The city of Newport News, with a population of about 180,000 people, was “carved up like a Thanksgiving turkey,” he said, containing two voting precincts that were each split between three different districts, meaning that voters stopping into one of those precincts to vote could have been handed one of three different ballots.

It led to voters receiving wrong ballots in a city where one of the elections was so close, it was literally decided by a name-drawing.

Even states that have made reform happen continue to face detractors and challenges. Michigan, which passed a voter initiative to establish an independent redistricting commission, suffered a short-term defeat with the June U.S. Supreme Court decision in Rucho v. Common Cause, which invalidated a lower federal court order for the Michigan legislature to draw new maps. A Republican-backed federal lawsuit was filed in July challenging the formation of the voter-approved redistricting commission. Therefore, the state will undergo one more election in 2020 with a map heavily tilted in favor of Republicans, despite Michigan’s recent history as a swing state.

Nancy Wang, executive director of Michigan’s Voters Not Politicians, isn’t worried. Her group continues to recruit applicants to join the redistricting panel and advise other states interested in similar reform.

“It’s hard to let go of power, so [Republicans] are doing everything they can to keep hold of it,” she said. “Voters are saying, ‘We’re going to do everything we can to stop this.’”