Who has the right to tell the story of a place?

My friend Jeremy B. Jones is a man of Appalachia, but you wouldn’t know it by his accent. He plays a little banjo, but not, I believe, as an affectation.

Jones has an essay in the book “Appalachian Reckoning: A Region Responds to Hillbilly Elegy,” out this year from West Virginia University Press. Jones’s essay has me thinking about the ways we are and are not tied to the land we live on, and about who does and who doesn’t have the right to tell the story of a place.

“Appalachian Reckoning” is a broad-ranging response to J.D. Vance’s 2016 book “Hillbilly Elegy: A Memoir of a Family and Culture in Crisis.” Vance, it should be noted, is a venture capitalist who grew up in southwestern Ohio. In the book, he was writing about the poverty, violence and addiction that he observed while spending time with members of his family in Kentucky.

As a political conservative, Vance tends to blame poor people’s problems on their own decisions. He makes the case in the book through anecdotes like the time he was working at a grocery store and got mad at a welfare recipient for owning a cellphone.

After a series of glowing reviews and an extended run on bestseller lists, his book was sometimes held forth as a diagnosis of an entire region’s ills and as an explanation for the election of Donald J. Trump.

The book’s widespread popularity (along with its forthcoming movie adaptation) was also an occasion for massive backlash among actual living Appalachian people, some of whom resented the book’s heavy reliance on anecdote and stereotype to explain away their struggles. Some, like Appalachian Reckoning co-editor Meredith McCarroll, bristled at Vance’s use of the word “we” to describe Appalachian people, as if he could speak for them all.

“Who holds the camera matters as much as who’s in the picture,” McCarroll wrote.

An entire podcast, the Trillbilly Workers Party, launched partly because its hosts wanted to skewer the right-wing bootstraps ideology they found the book to be rife with. Reacting to another phenomenon, the hosts also coined the term “Y’all Stars” to describe the out-of-town poseurs who show up wanting to swap stories from the holler and swill artisanal moonshine.

It is fashionable in some circles to claim a cultural heritage that feels more exotic than the one you actually grew up in. It’s why white Americans take those DNA tests to find out we are 0.5 percent Mongolian, or what have you.

Another way of doing this is to revisit some ancestral homeland and try to make a connection, as many a coastal-dwelling American has done in Appalachia. To stand on some mountain or in some valley and summon up the feeling that this is the home I have always longed for. Try as I might, I don’t think I could muster the sentiment if the opportunity presented itself.

My friend Jeremy B. Jones has a real connection to Appalachia. His first book “Bearwallow” is about moving back home to Henderson County, North Carolina, where he grew up and his ancestors worked the land.

Bill Moss, editor and publisher of the “Hendersonville Lightning,” opined, “It’s the most significant book about our region — really about Henderson County in particular — since whatever Robert Morgan last wrote, which happens to be ‘The Road from Gap Creek.’”

Jones has another book in the works, this one about his great-great-great-great-grandfather’s sexual conquests in a small North Carolina town, and it’s based on the highly coded journals he kept as a sort of personal confessional booth. It promises to be a juicy and illuminating read and to complicate some of the tired old pieties about Appalachian values.

Jones’s contribution to “Appalachian Reckoning” is “Notes on a Mountain Man,” which obliquely comments on the nature of rootedness and authenticity by meditating on Ernest T. Bass, a fictional Appalachian character on “The Andy Griffith Show,” which was a sitcom from the 1960s shot on location in sunny California.

He holds up Bass as the archetypal Mountain Man and then descends into absurdity, describing himself and all of his students and neighbors as troublemaking untameable Mountain Men just like Ernest T. Bass:

“Or, if you like, this is an essay about a massive region reaching from Alabama to New York. About how every single one of the people living in that streak of the map is a male trapper. Not thousands of male trappers, but — like the body of Christ — we together form Male Trapper. Some an eye. Some a coonskin cap.”

Which is a funny image to conjure up, and which is a pretty good approximation of the way regional archetypes work. Because we can’t wrap our heads around the boundless complexity of a web of communities spread across mountains, we have to distill some assumptions down to the personal level, to a fictional body we can understand. Behold the Male Trapper. Consider the Southern Belle. Think about the Florida Man; really think about him for a minute: Who is he, and how do you know him?

There are some clear-cut ways in which stereotypes about Appalachia hurt the people there and impoverish everyone else’s understanding of the world. Public perception moves public investment, and voyeurism of the mythic White Working Class glosses over the diverse lived experiences of the people living there. It is worthwhile to point out the wrinkles in any such narrative.

As for me, my people on my dad’s side come from Carter County, Tennessee. I really only know about this from reading my great-great grandfather’s memoirs when I was a kid. The only copy we had was typewritten, and my dad set me to work typing it into Microsoft Word so we could preserve it in perpetuity.

I was a little enchanted by the title, “Heritage in Brogans,” which forced me to Google the word brogan (it’s a type of shoe). As a young man and aspiring writer, I thought some of the prose was very finely wrought, including some graceful clauses and old-timey uses of prepositions. The memoir begins:

“This diary covers the longest journey I have ever made. My full name is Carmon Stewart Bowers, born at Hopson, Carter County, Tennessee, on the banks of Doe River on Oct. 17, 1894, my father’s eighteenth birthday.”

The book is the best accounting I can find of my family history on that side. It starts out talking about Carmon’s father, Joseph Powell Bowers, working as a telegraph man on the whimsical-sounding Tweetsie Railroad, which stretched from Boone, North Carolina, to Johnson City, Tennessee.

I felt a misplaced nostalgia reading about the arrival of automobiles, the prospering of the “Campbellite” Christian Church in Elizabethton, and the day Carmon met his wife Mary Hope Taylor. Some of the names and themes still echo through the generations in my family.

To this day I have not seen Johnson City. I finally made it up to Elizabethton in Carter County with my dad last year, recorded some conversations with a great-aunt who remembers a good deal of family history and saw the Tweetsie Railroad, or what remains of it.

The rails have been torn up and replaced with a bicycle path through Elizabethton. Near Boone, another portion of the old railroad has been converted into a Wild West theme park. I have no earthly idea how I’m meant to feel about this state of affairs and will refrain from making any broader poetic points about it.

Like my friend Jones, I pick a little banjo. I take an interest in the finer points of regional accents, though I have painstakingly avoided picking one up myself.

If those ancestry DNA tests had any level of precision or validity, they would show that I am some umpteenth percent Appalachian. But unlike Jones, I have no personal connection to the place. Appalachia has little to do with my lived experience.

I grew up in suburbs and lived, as such, in a fairly homogenized culture. The things that set my home apart from any other place in the country were my Southern Baptist youth group, metalcore shows at the American Legion Hall and a particular preparation of shrimp with tasso gravy in corn grits. I am as much a mountain man as Howard Jerome Morris, the actor from the Bronx who played Ernest T. Bass on the TV.

If I had the ambition and wherewithal, would I have the right to tell the story of Appalachia in any broad sense? On one level, yes, anybody can be a journalist. But it would be awfully damn presumptuous of me to write in the first person, singular or plural, about Appalachian people.

I don’t know much about East Tennessee. I know enough to pronounce it “TEN-uh-see,” emphasis on the first syllable, in a stab at authenticity. (Is that even correct? It strikes me now that I might sound like some kind of y’all star.)

I know a few charming anecdotes. I know about my forebear from Carter County, Union Civil War chaplain John L. Bowers, whose three wives bore him 25 children, so that when I meet someone with the same last name and they asked if we’re related, I can smirk and say, “Well, maybe.”

I know the grimmer outlines of the family history. From “Heritage in Brogans,” I learned that John L. Bowers sold an enslaved person and used the money to buy some land. The land my family lived on was bought for the price of someone’s body.

If I am somehow tied to the land John L. Bowers bought, then so are the descendants of the person he sold. I aim to learn that person’s name one day.

Like all non-native Americans, I live on stolen land, and I share it with people who have as legitimate a claim to it as I do. Some days that’s all I’m comfortable saying about my “regional identity,” to the extent such a thing can be said to exist.

This article was originally published by the Brutal South.

Paul Bowers is the author of Brutal South, a weekly email newsletter about culture, class struggles, education, parenting and brutalist architecture in the American South. A former local news reporter in South Carolina, he has also written for the Guardian, Al Jazeera America, Huffington Post, The New York Times and Paste Magazine. 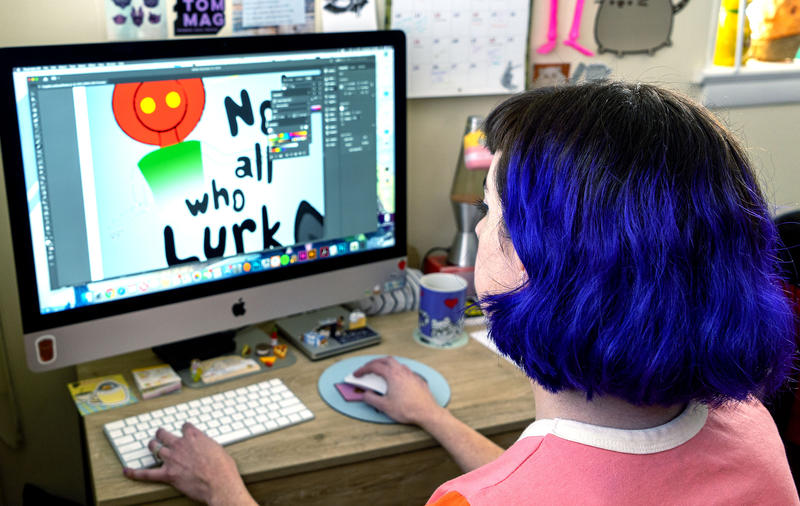 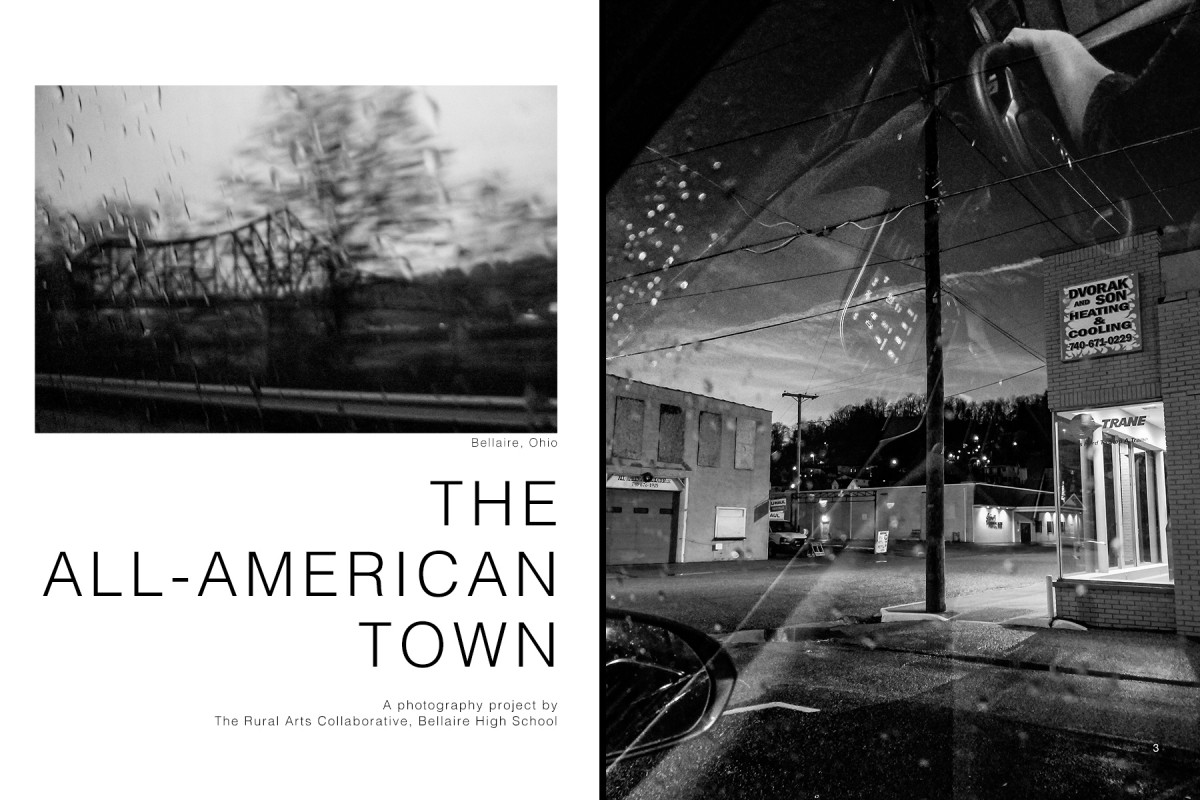 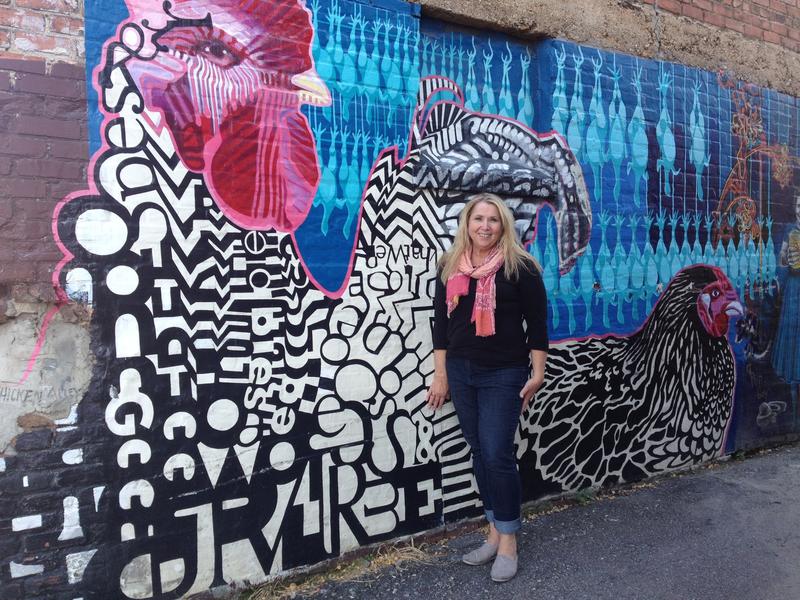