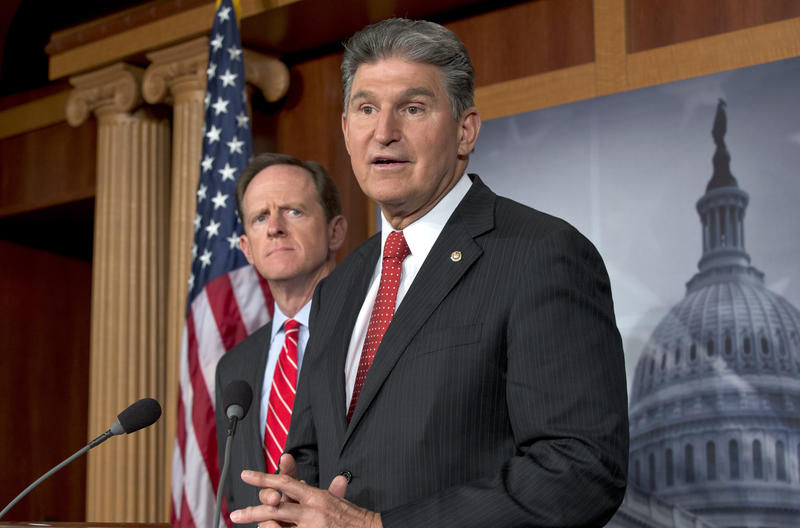 Democratic U.S. Senator Joe Manchin of West Virginia and Republican U.S. Senator Pat Toomey of Pennsylvania are trying again to get support for gun control legislation.  Their bill would strengthen background checks for those purchasing guns.

In a joint statement, the senators say they met separately Monday morning with President Donald Trump. They say the president showed a willingness to work on the issue of background checks.

The call for gun control legislation comes after shootings Saturday in El Paso, Texas and Dayton, Ohio. At least 21 people were killed in the El Paso incident and nine were slain in the Dayton shooting.

“It is past time for Congress to take action and the Manchin-Toomey background check legislation represents an opportunity to make actual bipartisan progress to help keep Americans safe,” they said.

Manchin and Toomey offered a similar proposal after the mass shooting at Sandy Hook Elementary School in December 2012. Twenty children and seven adults were killed in that incident in Newtown, Connecticut.

Calling for universal background checks, the bipartisan effort failed when it was put to a vote as an amendment in April 2013.

At a Monday morning address, President Trump said he is “open and ready to listen and discuss all ideas that will actually work and make a very big difference” when it comes to curbing gun violence in America. The president pointed to mental illness and a “glorification of violence” in video games as the cause of mass shootings.