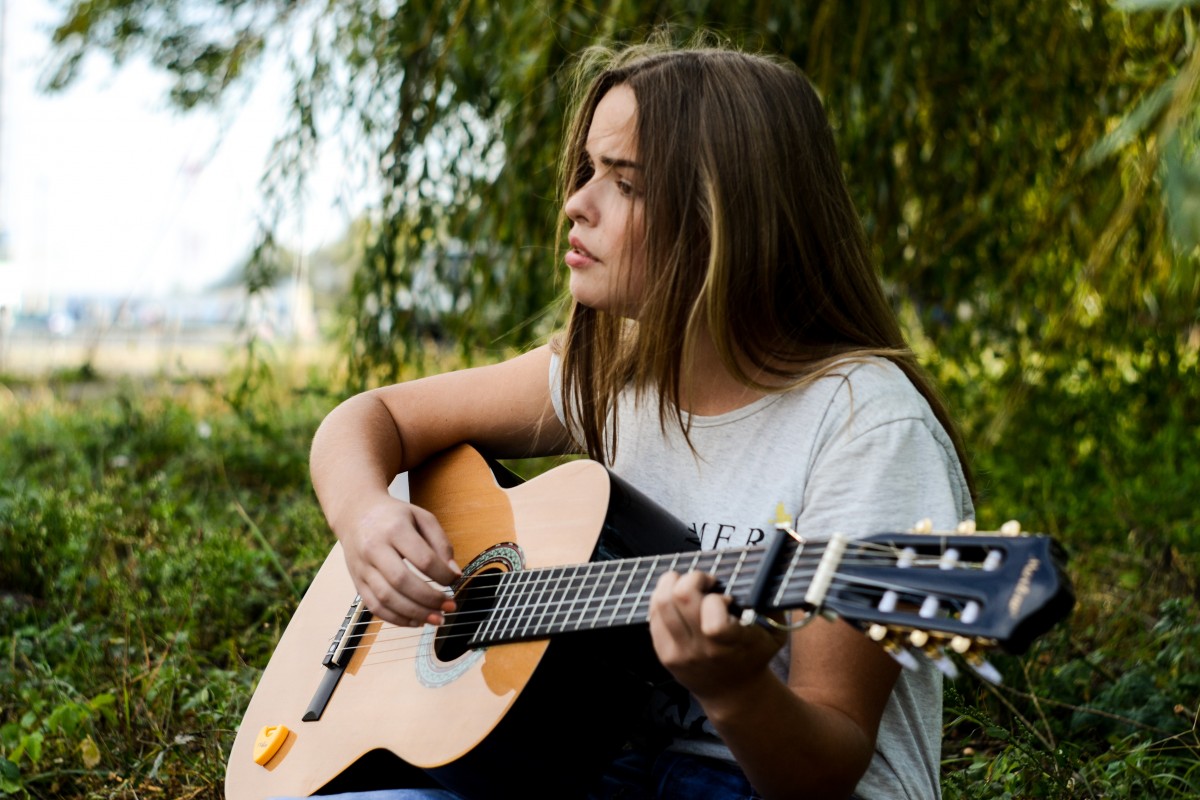 Every few years, journalists take an interest in country music again, often attempting to make sense of how the music of “simple,” “rustic,” “uneducated,” and “impoverished” white “hillbillies” and “rednecks” can continue to be such a vital space for cultural expression and a lucrative commercial enterprise.

In a 1944 Saturday Evening Post essay, for instance, journalist Maurice Zolotow remarked on a “hillbilly boom,” in which “hillbilly troupes will consistently outdraw legitimate Broadway plays, symphony concerts, sophisticated comedians and beautiful dancing girls.” Similarly, Tom Anthony’s 1981 profile of singer Kenny Rogers in the same magazine observed that Rogers’s “audience is a study in contradictions. They come in cowboy hats and blue jeans, three-piece suits and leisure suits, wearing cowboy boots, dress shoes, or Adidas…Everyone is sporting authentic (i.e., expensive) Western footwear or fashionable Guccis. The star is the only one wearing loafers.” And earlier this month, Guardian writer Emma John expressed surprise that young, middle-class musicians (many with college educations) have turned to bluegrass music—an important subgenre of country music—as a liberal cultural outlet during the Trump era, despite the genre’s purportedly hyperconservative political leanings of its musicians.

As a country music historian and bluegrass educator, I am both unsurprised and troubled by the ways that these well-worn but misleading stereotypes and myths about the genre’s history and its fans continue to circulate in the national and international press. Country music—and bluegrass music, more specifically—has been widely reported to be the music of the southern white working class, but there is plenty of evidence that, from the very beginning, this notion was a fragile one.

Sociologist Richard A. Peterson, for instance, spent much of his career debunking the genre’s supposed rootedness in the U.S. South, and more recent scholarship on country music’s remarkable history in such places as Chicago, New England, California and in international markets reveals that country music culture has always been more geographically diverse than conventional narratives suggest. And, as musicologist and queer studies scholar, Nadine Hubbs discusses in Rednecks, Queers, and Country Music that country music has been a key part of the lives of rural LGBTQ+ communities for decades. At best, the reliance on these historically inaccurate narratives makes for lazy writing. But at worst, they serve to buttress the genre’s presumed whiteness and to discourage diverse people from participating in country music, both as artists and fans.

To be sure, country music has a race problem, and it always has. As a commercialized genre, country music is barely a century old, having been recorded first in the 1920s as part of a broader effort to reach new audiences. It was then, as historian Karl Hagstrom Miller has argued, that the recording industry deployed the practices of Jim Crow to “segregate sound,” recording white artists under such labels as “hillbilly” and “old familiar tunes” while consigning African American artists to their “race” series. Such practices not only marked country music as white, but presented its whiteness as inherent.

Yet historian Patrick Huber has documented the presence of numerous African American musicians on hillbilly recordings of the 1920s, showing how country music’s presumed whiteness requires the erasure of people of color from its history. During the height of the Civil Rights Movement, country music became, in many ways, the soundtrack of not only white southern resistance to desegregation but to white resistance across the United States, and the genre’s gatekeepers have turned to token figures such as Charley Pride as proof that the genre has black friends. Even more recently, the controversy around Lil Nas X’s “Old Town Road” revealed just how powerful these notions of country music’s whiteness continue to be in the 2010s.

Country music also has a gender problem. Although women are very active in the country music field, they have not been afforded the same opportunities to develop as artists that their male counterparts have. Mary A. Bufwack and Robert K. Oermann’s Finding Her Voice: The Saga of Women in Country Music traces the significant contributions of women in commercial country music, focusing not only on well-known recording artists such as Dolly Parton, Wynonna Judd and Martina McBride, but lesser-known figures, as well.

Similarly, bluegrass musician and historian Murphy Henry’s Pretty Good for a Girl: Women in Bluegrass documents the challenging landscape for women-identified bluegrass musicians who have sought to make space for themselves in a male-dominated genre. SongData, a project directed by musicologist and data scientist Jada Watson, has pointed to the gender biases that have led to significant declines in women’s presence on the Billboard “Hot Country” chart and on the playlists of country radio stations over the past two decades. And, despite the mainstream success of Trixie Mattel, a drag artist whose country songs have circulated widely on the internet, out LGBTQ+ artists remain on the far margins of country music’s mainstream.

The implicit racism and sexism of country music culture, I would argue, is reinforced by the work of writers who replicate conventional narratives without doing the important work of reading nuanced scholarship on country music culture. Country recording artists, fans, and even the country music industry take an active role in telling the genre’s history, and they often serve as gatekeepers to country music culture by determining whose voices are “authentic” (or, in the words of ethnomusicologist Aaron Fox, “real country”).

A visit to the Country Music Hall of Fame and Museum, for instance, presents a country music history that is decidedly focused on Nashville’s music industry to the exclusion of country music communities elsewhere in the U.S. and abroad. Similarly, “best of” lists commonly recite the names of chart-topping artists, the overwhelming majority of whom are white men who came through the Nashville system. When writers treat authenticity work as historical fact, they replicate the genre’s implicit—and at times explicit—racism, sexism and homophobia and further justify the maintenance of those attitudes.

At the same time, by leaning on conventional notions of country music’s southern white working-class base, it is easy to overlook the rich communities of musicians who have been carving out their own spaces within country music culture over the course of its long history. In John’s recent piece in the Guardian referred to above, for instance, she suggests that “Bluegrass has no history of protest music. Or rather, its protest has always been a passive, melancholic one, the sound of displaced workers longing for their home in the Blue Ridge Mountains far away. It is a music whose roots are bedded so deep in its nostalgic view of America that it can seem estranged from the modern world—and vice versa.”

To be sure, bluegrass musicians often celebrate the status quo, recalling antiracist writer Robin Diangelo’s admonition that “romanticized recollections of the past and calls for a return to former ways are a function of white privilege, which manifests itself in the ability to remain oblivious to our racial history.”

But it is also worth noting that bluegrass music—and country music, more broadly—has long been a venue through which marginalized people have called for social equity and justice, both through songwriting and through their participation in the genre. One needn’t look much further than Mercer County, West Virginia, native Hazel Dickens, whose songwriting not only highlighted the struggles of working people in Appalachia, but also challenged the patriarchal norms of bluegrass culture.

Biographer Bill C. Malone notes that Dickens “keenly observed the ways women were treated” in the bars of Baltimore where she often played music, and several of her songs reflect a desire to call out men for their poor behavior. “Don’t Put Her Down (You Helped Put Her There),” recorded on the landmark album Hazel & Alice in 1973, reminds men that, although they might “abuse,” “accuse” and “forsake” a woman, “there’s more to her than powder and paint, / Than her peroxided, bleached out hair” and that “if she acts that way, it’s cause you had your day. / Don’t put her down, you helped put her there.”

John’s Guardian piece also points to a powerful example of protest against the whiteness of country music, although she doesn’t name it as such: the increasing presence of people of color, women and LGBTQ+ musicians and fans at bluegrass events. If country music has deep systemic and unexamined issues with racism, sexism and homophobia, the physical presence of people who challenge the genre’s southern white working-class identity stands as a vital form of protest against such attitudes.

But the time has come for writers to begin looking beyond stereotypes when they approach country music culture. It is time to recognize that country music has always appealed to more than southern working-class whites and that its presumed fan base is largely the product of a music industry that wished to market music to segregated audiences. By relying on stereotype and myth, we allow racism, sexism, and homophobia within country music to live another day, treating them as natural byproducts of an antimodern musical community. And we do violence to those people who identity as country music fans but who do not identity as white, southern, working-class, or straight. It is time that we instead write about these people’s experiences, treating them not as anomalies but as important members of the country music community.

Travis D. Stimeling is associate professor of musicology at West Virginia University, where he also directs the WVU Bluegrass and Old-Time Band. He is the author or editor of several books on country music.