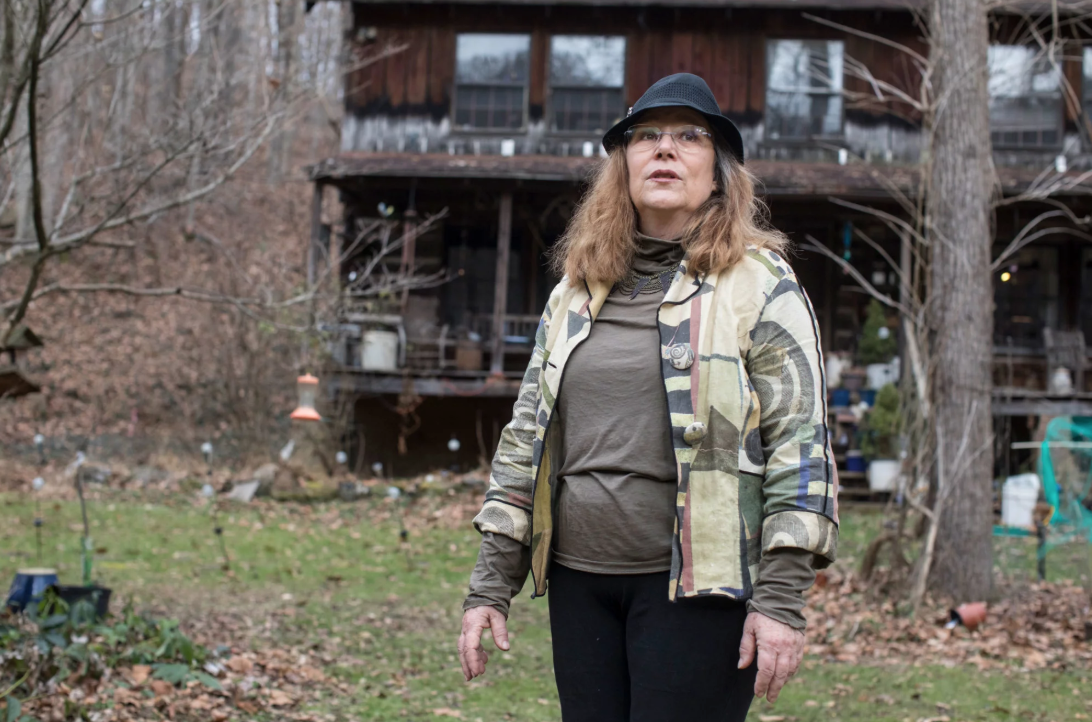 Seven years ago this month, Beth Crowder and David Wentz told natural gas giant EQT Corp. that it did not have permission to come onto their West Virginia farm to drill for the natural gas beneath neighboring properties.

EQT had a lease that entitled the company to the gas directly beneath their farm, but it also wanted to use a new, 20-acre well pad to gather gas from 3,000 acres of adjacent or nearby leases.

The company ignored their warnings. It built roads and drilled a well, and it put in horizontal pipes stretching for miles in all directions.

Crowder and Wentz sued — and they’ve been fighting EQT in court ever since. On Wednesday, the West Virginia Supreme Court ended the matter with a surprisingly straightforward and unanimous conclusion: Going onto someone else’s land without their permission is trespassing.

Gas and other mineral companies must obtain permission from surface owners in order to use their land to reach reserves under other properties, Justice John Hutchison wrote for the court.

“The right must be expressly obtained, addressed, or reserved in the parties’ deeds, leases, or other writings,” he wrote.

Attorney Dave McMahon, who represented Crowder and Wentz, broke the news to them by phone.

“The short answer is, we won. And we won big time,” he said.

On the other end of the line in Doddridge County, Crowder and Wentz shouted and laughed.

“I think I’m feeling kind of numb,” Crowder said. “I’ve been used to being in limbo forever.”

Kristina Whiteaker, another lawyer for Crowder and Wentz, told them, “You guys really made some good law for the whole state.”

EQT said in a statement issued Thursday afternoon that the company was “disappointed in the court’s ruling” but didn’t “expect the decision to have a significant impact on our operations in West Virginia.”

“We intend to maintain cooperative and mutually beneficial relationships with our customers, our partners, and residents in the regions where we do business,” EQT said.

The West Virginia Oil and Natural Gas Association, an industry trade association, said it is analyzing the ruling to determine how it may impact its member companies.

In a statement, Charlie Burd, the executive director of the Independent Oil and Gas Association of West Virginia, said the industry group would have preferred a ruling that encouraged horizontal drilling, but planned to comply with it.

“IOGAWV members like to have good relationships with property owners,” Burd said.

Crowder and Wentz’s saga was chronicled last year by the Gazette-Mail and ProPublica, in an investigation that detailed how the natural gas industry had gained an upper hand on the state’s residents.

The 22-page court ruling Wednesday represents a rare victory for residents in a state where economics and politics are increasingly controlled by the natural gas business after decades of domination by the coal industry. Making it more gratifying for Crowder and Wentz, the court that ruled in their favor has been under the microscope because of connections to the gas industry.

Much of the land in mineral-producing parts of West Virginia has split ownership. Someone might own the surface land, while someone else owns the coal, oil or gas underneath. Gas is generally produced under leases, in which gas owners or their ancestors granted a production company the right to drill. But often, the leases are so old the current owners didn’t sign them, and certainly the advanced types of gas-production techniques used today were not anticipated.

Compounding the matter, gas producers now use a process called hydraulic fracturing, which pumps huge amounts of water and chemicals underground to loosen up gas reserves, and drill extensive horizontal holes to suck in gas from much wider areas. They bring in fleets of heavy trucks and install tanks and pipelines. The entire process has brought an influx of vibrations, noise and traffic. Though bills have been introduced year after year that are designed to mitigate the impacts on residents, West Virginia lawmakers have repeatedly refused to act.

Crowder and Wentz moved to their 300-acre farm on Brush Run in 1975, part of the “back-to-the-land” movement, seeking to live simply and be left alone. They divorced in 2005 and split the land, but both still live there on separate tracts.

There had been small gas wells on the property for years, but they were nothing like the noise, traffic and disturbance that EQT brought with it when it drilled nine new wells that would take in gas through nearly 10 miles of underground bores.

In February 2016, a local judge ruled that EQT had trespassed, and in September 2017, a jury awarded Crowder and Wentz about $200,000 in damages. EQT appealed.

The case is one of two major gas property-rights and drilling cases this term in which the industry is pressing for rulings that support its current method and scope of operations.

In the other case heard before the West Virginia Supreme Court in January, Harrison County residents said Antero Resources’ operations were creating a nuisance. A ruling on that hasn’t been issued yet.

At the heart of these cases is the fact that, economically and technologically, gas production today is all about what industry officials call “laterals.” These horizontal holes are drilled out in all directions from a vertical well. They can pull in natural gas from several miles away.

Industry officials say horizontal drilling allows them to minimize environmental impacts by building one well pad for multiple wells. But in doing so, it has magnified the impact for those residents who happen to live near — or on — the tracts chosen for those pads.

The Independent Oil and Gas Association had warned in a court brief that a ruling against EQT in the case would have “significant negative implications upon future and existing natural gas development in West Virginia.” EQT lawyers made similar warnings at trial.

Joshua Fershee, a West Virginia University law professor who has followed the case, said that the court’s decision won’t stop gas drilling. It will, however, make it more expensive for companies to secure the needed rights.

In concluding the court’s opinion, Hutchison said the justices didn’t aim to “challenge or constrain the drilling methods chosen by the oil and gas industry.”

“The industry has shown that horizontal drilling and hydraulic fracturing techniques are evolving at a rapid pace and are an economical and efficient tool for producing hydrocarbons,” Hutchison wrote. “Our opinion only affirms a classical rule of property jurisprudence: it is trespassing to go on someone’s land without the right to do so.”

Update, June 6, 2019: This story was updated with comment from EQT and the West Virginia Oil and Natural Gas Association.

This article was produced in partnership with the Charleston Gazette-Mail, which is a member of the ProPublica Local Reporting Network. It was originally published by ProPublica.