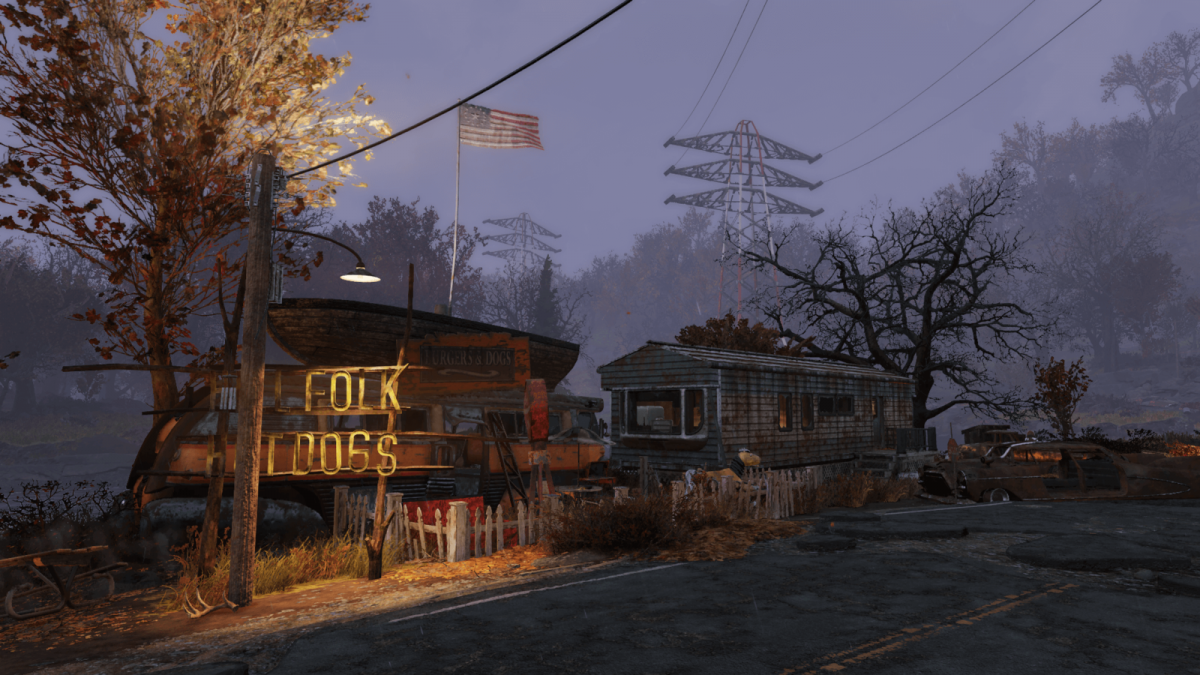 While wandering through familiar Appalachian landscapes on my first playthrough of Fallout 76, the latest addition to the Fallout video game franchise set in West Virginia, I stumbled across a familiar scene.

A converted Chrome Airstream camper, an old bus with a boat resting atop and a familiar sign confirmed my suspicions. I had uncovered West Virginia’s Hillbilly Hot Dogs. The name on the sign was slightly altered to read “Hillfolk Hotdogs,” but the look was unmistakable. Of all the places I expected to uncover in Fallout76, I never thought this would be one of them.

Featured in multiple national television shows, magazines and newspapers, Hillbilly Hot Dogs is the premiere hot dog stand in West Virginia and one of the most unique eateries on the East Coast. While it is located along Route 2 next to the Ohio River in Lesage, a fairly busy thoroughfare by West Virginia standards, in order to find the hotdog stand, you must either know where to look for it or be lucky enough to stumble upon it.

What sets Hillbilly Hot Dogs apart from other eateries in West Virginia is its appearance: two retired school buses, a boat, a moonshine still, an outhouse, towers of junk and a wedding chapel with old license plates posted and hand-painted primitive signs everywhere. It’s the embodiment of West Virginia stereotypes that manages to celebrate the state’s hillbilly caricature without offending. How? With love. There is nothing about Hillbilly Hot Dogs that reflects hate, humor or negativity about the state, nor is it a critique of mountain ways. It just is.

Of all the locations I’ve explored in Fallout 76, “Hillfolk Hotdogs” still surprises me. It’s Hillbilly Hot Dogs’ toned-down relative. Gone are the towers of junk, the license plates and wall decorations, the primitive signs, the outhouse and wedding chapel. In short, everything that could be considered a stereotype of West Virginia is absent. But, why?

Bethesda Game Studios, the developers of Fallout 76, certainly had the ability to recreate Hillbilly Hot Dogs accurately. They chose not to, but still wanted to include it. Someone at Bethesda felt Hillbilly Hot Dogs was an iconic enough location to include in the game but chose not to represent it “as is.” Perhaps because they were concerned with how it’s original state would be perceived by players from outside the region.

There are roughly people from eight counties in West Virginia that would likely recognize “Hillfolk Hotdogs” for what it is on sight. But, what about everyone else? I’ve spoken with artists and developers for Fallout 76. All stressed the importance they placed on creating a video game that represented West Virginia in an honest but positive light. Their first rule may as well have been, “No jokes. No stereotypes,” or “No mutant hillbillies” as I put it.

Adding Hillbilly Hot Dogs in Fallout 76 without context would have risked violating that primary rule. Leaving it out completely, which would have been the easiest choice by far, meant leaving an important West Virginia landmark out of the game– something they weren’t willing to do either.

The inclusion of Hillbilly Hot Dogs into Fallout 76 represents two things: how far Bethesda Game Studios went to include iconic West Virginia locations into the map of Appalachia and the extent to which the artists and developers worked to portray West Virginia with love.

Throughout the game, I have been constantly impressed by seeing West Virginia history and lore portrayed with such care. If Hillbilly Hot Dogs was handled with such care, I can’t wait to see how other darker parts of our past were included.

John Barton is a resident of Lincoln County, West Virginia, and runs 100 Days in Appalachia’s “Fallout 76” Reddit page. He and his wife, Christal, are the founders of WV Autism, a support group for the families of children with autism in the state.