The Appalachian Regional Commission is shifting its focus toward recovery.

The organization, led by the governors of the 13 Appalachian states and a federal co-chair appointed by the president, announced this week the creation of its Substance Abuse Advisory Council. The 24-member group consists of representatives from communities throughout the region who will “develop recommendations for ARC to consider as part of a strategic plan to build and strengthen a recovery ecosystem in Appalachian communities by drawing on their own experiences.”

The ARC is an agency created to link federal, state and local governments in support of people doing community and economic-development work on the ground in the region. Its goal is to help strengthen the economy through workforce development and investments in infrastructure, among other things.

The ARC is not a health care provider. But Federal Co-chair Tim Thomas said developing a “recovery ecosystem” and strengthening the Appalachian economy go hand in hand.

“Getting folks in recovery back into work not only helps the economy, it also helps in their continued recovery. That sense of self-confidence and self-esteem is so important to sustainable recovery, and that’s what a job brings to an individual,” Thomas said at an ARC event in Morgantown, West Virginia, earlier this year, where he announced the commission’s top funding priorities for the upcoming grant cycle: broadband and substance-misuse recovery.

The ARC’s Substance Abuse Advisory Council’s work, along ARC grant dollars, will support people in long-term recovery who are looking to get back into the workforce, Thomas said in a press release Monday, and the agency has already started work in that regard.

Re-engaging in the Economy

On the afternoon of April 5, some 80 people from Appalachian Ohio and neighboring Kentucky and West Virginia gathered on the campus of Shawnee State University in Portsmouth to discuss the lessons they’ve learned from the enormous toll the opioid crisis has taken on their communities.

It was one of a handful of listening sessions hosted by the ARC throughout the region since December, bringing together health care and recovery providers, government and law-enforcement officials, employers, educators and individuals and families living with substance-abuse disorders to more effectively confront the crisis at the community level.

A recurring theme at the gathering in Portsmouth was the need for improved coordination across agencies that provide services for those living with substance-abuse disorders and to engage employers in the recovery process.

Thomas said that as he’s traveled the region since his appointment in 2018, employers have consistently told him they can’t find people to fill open jobs. “One of the reasons for that is substance abuse,” Thomas said. “We have to find ways to get people re-engaged in the economy.”

But there are barriers to re-engagement, many of which were discussed in Portsmouth. Jeanne Wilson, Ohio Sen. Sherrod Brown’s Appalachian regional representative, said that Brown has advocated for eliminating the box on job applications that asks if an applicant has a criminal record.

Another issue Wilson cited is that Medicaid will stop paying for medication-assisted treatment in the midst of that treatment if the recipient begins to make sufficient money to no longer qualify for Medicaid coverage.

Wilson acknowledged that these issues aren’t under the ARC’s purview. But consistently at the listening session the discussion returned to a need the agency can help fill: more effective coordination of existing services and supports, including access to transportation, housing and jobs.

If the ARC wants to be effectively involved in counteracting the opioid crisis in Appalachia, Thomas and his colleagues were told at the Ohio listening session, it should be in ensuring that existing services are well coordinated and that those in need of those services know they are available.

By that year, four Appalachian states – West Virginia, Ohio, Pennsylvania and Kentucky – had the highest rates of drug-related overdose deaths in the country, found another study from East Tennessee University and the independent research organization NORC at the University of Chicago.

As its authors attest, a number of factors contribute to the higher rates of opioid misuse and overdose in Appalachia. Among them are more prevalent rates of poverty, higher rates of injury-prone employment, aggressive marketing of prescription pain medications to physicians and less access to health care and recovery services.

Just prior to the listening session in Portsmouth, the ARC announced a $1.1 million grant for the Appalachian Recovery Project, based at Ohio University’s College of Health Sciences and Professions, to assist women in five Appalachian Ohio counties in their recovery efforts.

Tracy Plouck, a former director of the Ohio Department of Mental Health and Addiction Services and now an executive in residence at the College of Health Sciences and Professions, described the Recovery Project as the type of coordinated effort the ARC has tasked itself to pursue.

A former prison in Nelsonville is being renovated to provide a range of services to women who were previously involved in the legal system but are now engaged in recovery. The facility will offer residential-style treatment for women who are leaving jail or are enrolled in a drug court program. The ARC grant will help fund this treatment.

The Nelsonville program will also partner with health agencies to offer primary care, outpatient addiction treatment and other clinical services in the community. And it will offer vocational training and job placement and a music and arts program. It will employ community health worker interns to assist the women in connecting with the services and supports available to them. Plouck anticipates creating 31 jobs in the community.

The renovations to the facility will be done with financial assistance from the Ohio Department of Rehabilitation and Correction.

“We’re pulling together a network of partners to help fill a gap in southeastern Ohio,” Plouck said. “There are a lot of resources that are available.”

She said that in confronting the opioid crisis, “there have been a lot of communities where people just roll up their sleeves and figure out how to get it done.”

But Plouck emphasized the importance of collaboration within and between communities and with state and federal agencies, echoing the attendees of the Portsmouth session.

Robert Ware, police chief of the city of Portsmouth, attended that session and said he was pleased to hear from employers in his area that they have jobs available and are “willing to employ these folks in recovery.” He called it a sign of hope for his city, still struggling with the epidemic.

Ware serves on the Alcohol, Drug Addiction and Mental Health Services Board for three southern Ohio counties, which he believes has “really made strides in the prevention and treatment and, to some extent, recovery processes.”

The chief was appointed this week to the ARC’s Substance Advisory Council. He says facilitating access to jobs will be high on his agenda.

“We need that extra step of completing the transition [from addiction] back into productivity and being able to hold gainful employment,” Ware said.

“Without employment, you have stressors, sometimes a lack of hope, and that despair forces you to seek escapes,” he said. “And I think that’s why a lot of people get involved with drugs in the first place.”

In his closing remarks in Portsmouth, Tim Thomas said of the ARC’s role in addressing the crisis of opioids in Appalachia, “To the extent that we were not doing what we should be doing as early as we should have been doing it, please accept my apologies. But we are here with you; we’re going to do the best we can to support you going forward.” 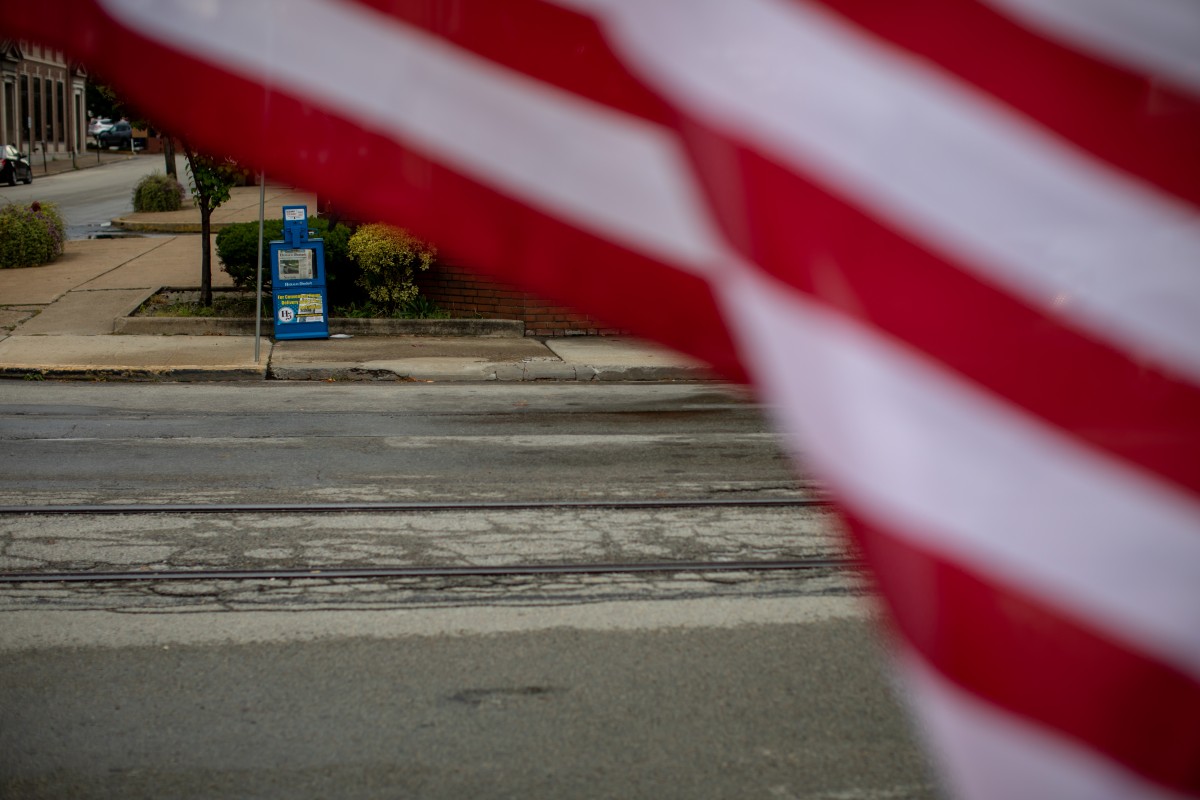 Journalism About Addiction Often Perpetuates Stigma. So, We’re Going to Fix It. 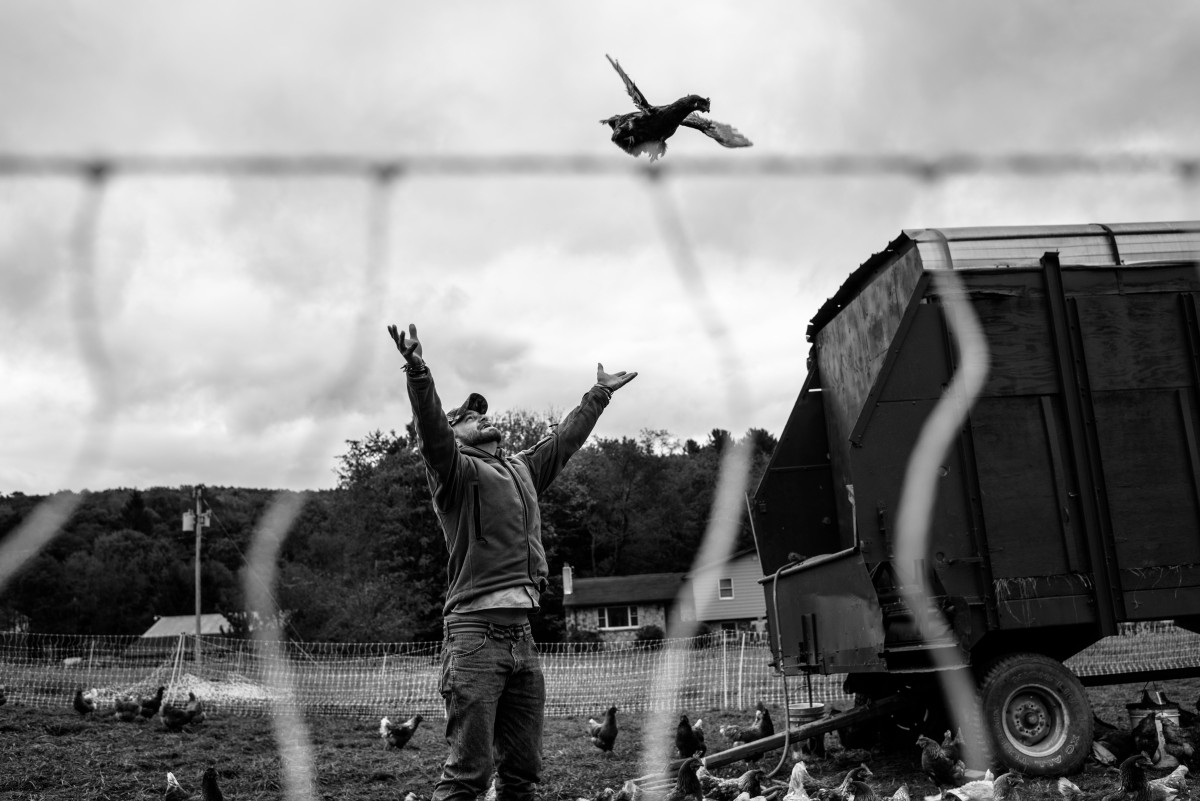 Editor’s Note: Below are a series of photos taken by West Virginia photographer Rebecca Kiger at Jacob’s Ladder, a residential addiction  recovery program run by Dr. Kevin Blankenship in the rural community of  Aurora, West Virginia.  The…
by100 Days in Appalachia 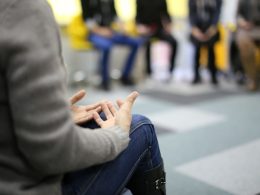 Experts: Peer Recovery Is Valuable Yet Under Sourced Resource in Addiction Treatment