This piece was originally published in Scalawag, which amplifies the voices of activists, artists, and writers reckoning with the South. You can read the original article here.

As historian Jessica Wilkerson carefully turned the pages of a notebook documenting a coal miners’ strike, fragments of dried leaves fluttered out. Sudie Crusenberry, who glued it together, was the wife of a disabled Kentucky miner. She had to reuse her children’s old school scrapbooks to record the work of her “women’s club,” which helped drive the successful 1973 Brookside Mine Strike. “She was layering memories of her children with this dramatic struggle for justice in the ,” said Wilkerson.

The notebook also held newspaper clippings about the strike, the campaign to help miners dying of black lung disease, and the Ku Klux Klan’s attacks on female organizers. Crusenberry pasted a photo of herself next to the lyrics of “Dreadful Memories,” a song about raising hungry, shivering children in the coal fields. Another page featured a photo and quotation from the spitfire labor organizer Mother Jones.

Crusenberry and other miner’s wives inherited a legacy of labor activism from Jones and previous generations of Appalachian women. This tradition is the subject of two recently-published books of history written by women from the region. Wilkerson’s To Live Here, You Have to Fight: How Women Led Appalachian Movements for Social Justice documents how the War on Poverty in Kentucky triggered a period of rising activism among Appalachian women in the 1960s and ’70s. They, in turn, built on the union organizing at the heart of Never Justice, Never Peace: Mother Jones and the Miner Rebellion at Paint and Cabin Creeks, by Ginny Savage Ayers.

Both authors grew up with a generational fascination with Appalachian history.

An Assistant Professor of History and Southern Studies at the University of Mississippi, Wilkerson hails from East Tennessee, where her distant cousin helped found the Museum of Appalachia.

Her grandfather spent most of his career as a union organizer for the Amalgamated Clothing and Textile Workers Union, and her grandmother papers she had saved from her own involvement in the labor and Civil Rights work of the Coalition of Labor Union Women.

“That I didn’t learn about his until I was a young woman, despite my grandmother’s deep pride in their involvement in the labor movement, is a testament to the power of conservatism in the region, how it silences and erases certain histories,” Wilkerson said. “It seemed such a relief to my Grandma when she could finally share that history with me.”

Savage co-wrote Never Justice, Never Peace with her late father, Lon Kelly Savage, a journalist and Virginia Tech administrator born in Charleston, West Virginia. His dad told stories of being hired to fight the miners in the Battle of Blair Mountain, the most significant in the West Virginia mine wars. Savage wrote the only popular history of that insurrection. After his death, Ayers decided to finish his research about the earlier mine wars, a forgotten chapter in American history.

Ayers’ book describes a strike that devolved into armed skirmishes between miners and hired “mine guards,” followed by a series of military trials held under martial law. Mother Jones, who would later inspire Sudie Crusenberry, traveled the country publicizing the plight of workers. Her famously foul mouth and rabble-rousing speeches belied her grandmotherly appearance. Jones was among many long held without trial at the whim of the governor, who also hounded the socialist press.

“He sent National Guard troops to physically bash the presses to silence that voice,” Ayers said, noting that attacking the media is a time-honored political tactic. “Today it’s not done physically, but done by casting doubt on the validity of the press.”

One of the main narratives in Never Justice, Never Peace, focuses on how Mother Jones helped the miners and their wives recognize their own power. (A West Virginia example was Willie Fish, a teenager and miners’ wife who smuggled guns and ammunition to strikers under her dress while very pregnant.)

Wilkerson’s book picks up decades later, as Appalachian women in Kentucky sought to reclaim that power. They started as community workers during President Lyndon Johnson’s War on Poverty, then expanded into related social justice issues, such as the environmental effects of strip mining.

Wilkerson argues their activism arose from their understanding of how their unpaid caregiving—for children, disabled husbands, and abused wives —was linked to their rights as citizens: the right to affordable child care and health care, clean water, and safe working conditions for raising a family.

Her book’s title was inspired by the words of Bessie Smith Gayheart, an Appalachian woman who led a group of activists during a sit-in at a strip mine: “I was born and raised in east Kentucky and I am going to stay; but to stay here you’re going to have to fight like hell.”

“Companies felt it was to their advantage to segregate these populations and foster distrust between them, because if they’re not working together, they won’t revolt together,” Ayers said. “This was flawed thinking on their part, because these workers became aware they were being abused. They knew there was strength in banding together.”

Wilkerson agrees that there was a collective memory of those partnerships – but also of lynchings and racial terror. “We often want to focus on one or the other, but the two were happening at once, which is why it was hard for those coalitions to hold,” she said.

For example, Appalachian community organizer Edith Easterling was called to testify before the Kentucky Un-American Activities Committee during the Red Scare. “Politicians saw it as a way to go after War on Poverty funding,” Wilkerson said. “They’d use the same organization to go after Black activists in cities and the white working class in Eastern Kentucky.”

Easterling, a local woman called to testify before the committee for her anti-poverty work, used the opportunity to strafe corrupt local “politicianers.”

“I will confess we have done wrong—or I have done wrong,” she told the committee. “I voted for that dirty bunch in that courthouse.” She said they wanted to control all the money in the county and were angry when federal programs benefited community organizations. “If they can’t get it theirself, they don’t want nobody else to have it,” she said.

While some women faced public threats, other threats happened at home. Eula Hall endured years of abuse from her husband—who at various times broke her jaw and stabbed her—as her activism built toward the creation of a community health clinic in Kentucky where she still works.

“When a woman tried to do anything, she must fight her husband to do it,” Hall told Wilkerson. “If we have a group, women won’t be so scared to try.”

Bessie Lou Cornett, a leader in promoting the Brookside Mine strike, later helped fight plans to build a highway through a Black neighborhood. Her husband would attack her to try to prevent her leaving the house to organize. After their divorce, he gained custody of their son by arguing that she was an unfit mother because of her union activity and alliances with Black people.

Cornett maintained her resolve with the memory of her grandfather suffering of black lung. In the film Harlan County, USA, Cornett says, “I told myself, if I ever get the opportunity to get those coal operators I will. Because I thought, you know, [the company] was the enemy. So when the strike came up, I saw the opportunity, and I jumped right in there.”

Cornett’s friend Crusenberry was targeted by the KKK, which burned a cross in her yard. (Local KKK members tended to be white, anti-union men, who thought both Black workers and women should stay “in their place.”)

While some things have changed in the decades since, Ayers says corporations continue to use their power in ways that harm and manipulate Appalachians. In the coal fields, she says that translates into convincing miners they are under attack from green energy and environmental regulations. Another example is the the 2010 explosion at Massey Energy’s Upper Big Branch mine, which took the lives of 29 West Virginia coal miners but resulted in only a misdemeanor conviction for the company CEO.

She also sees examples outside the mining industry. Ayers points to the toxic Kingston coal ash spill in Tennessee, where 40 workers have died and hundreds more were sickened after the cleanup contractor denied them protective gear and tampered with air monitors.

One of the women featured in To Live Here, You Have to Fight is still doing just that. Sue Ella Kobak, a 1960s War on Poverty Activist-turned-attorney, jumped up at a Knoxville book event in February to passionately argue that Big Pharma is the most serious corporate threat to Appalachia today. Kobak and her husband have been vocally challenging Purdue Pharma since shortly after it began marketing its highly-addictive drug OxyContin in the 1990s. She said her husband, a doctor, now treats about 70 addicts a week.

“My husband and I have been vilified, talked about. We didn’t get shot at like we did in the 1960s, but we have to be very careful,” she told a crowd of about 100 people who had come to hear about women’s activism in Appalachia at the East Tennessee History Center. “The raping (of) Appalachia has not stopped at all. I’m 73 years old… and I’ve never left. And it has not stopped or even slowed down,” Kobak said, her voice breaking.

Although coal is losing dominance, the industries replacing it are still rife with health and environmental hazards, Kobak argued. Streams that once ran black with coal now run black with fracking fluid.

Wilkerson said she’d like to see West Virginia teachers replace miners as the emblem of America’s workers. The statewide teachers’ strike—which inspired others across the nation – was a bipartisan, multiracial coalition with women at its center. It benefited not only teachers but all the state’s public-sector employees, as well as children.

Modern striking teachers owe a debt to women like Crusenberry. After her husband was injured in a mine, her family was forced out of a home the mine owned. Before moving out, she wallpapered the interior with United Mine Workers of America bumper stickers.

“I loved that image,” Wilkerson said. “They’re going to take her house, but not without recognizing who she is and what she stood for.”

S. Heather Duncan is a print and radio reporter and storyteller raised in Appalachia and living in Knoxville, Tennessee. She has won regional, state and national awards for her newspaper coverage of the environment, business, and government, as well as for feature writing. In her free time she enjoys hiking, whaling on the clarinet, and learning the knack of making five-star fried okra, biscuits, and chicken korma (although not necessarily together). 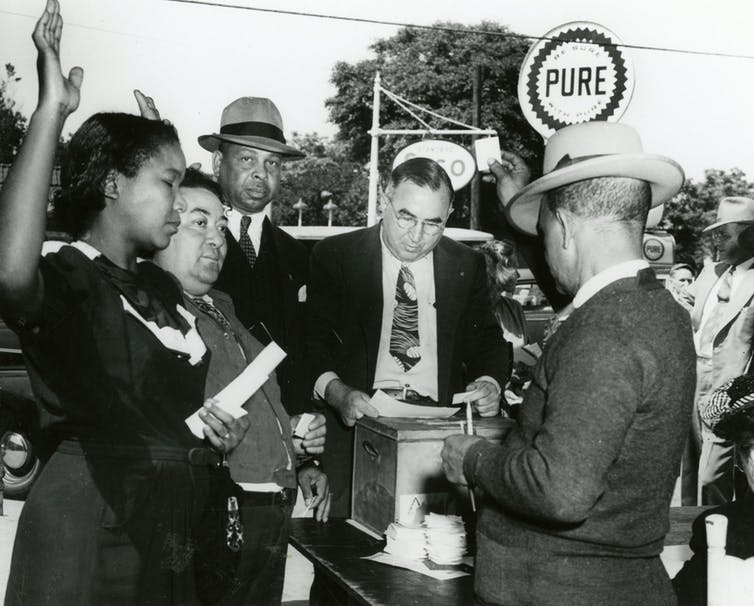 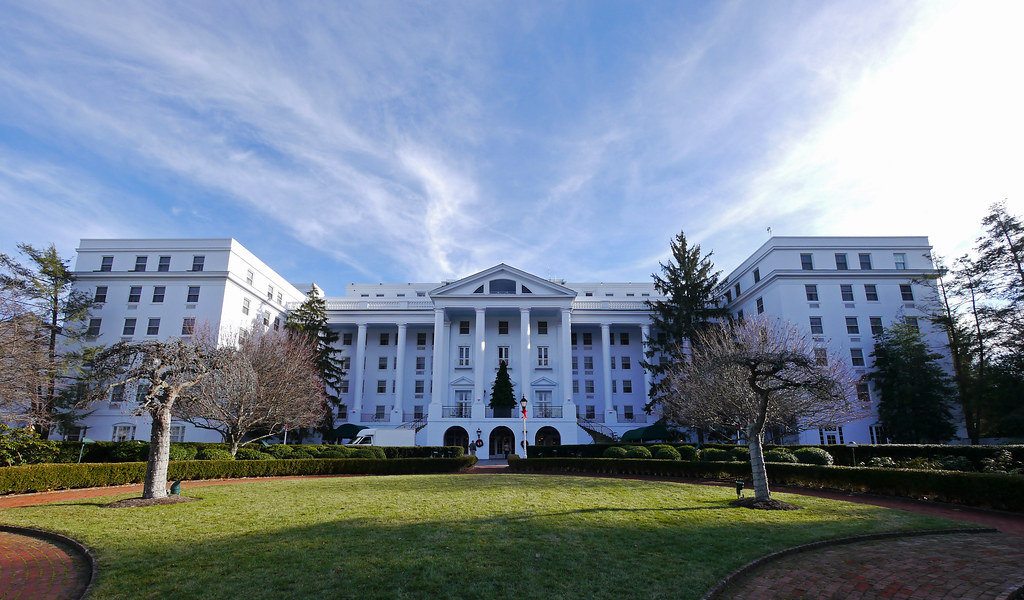 Welcome to the Greenbrier, the Governor-Owned Luxury Resort Filled With Conflicts of Interest

It was the sort of white flight that could never have identified itself as such: My family was…
byLyndsey Medford 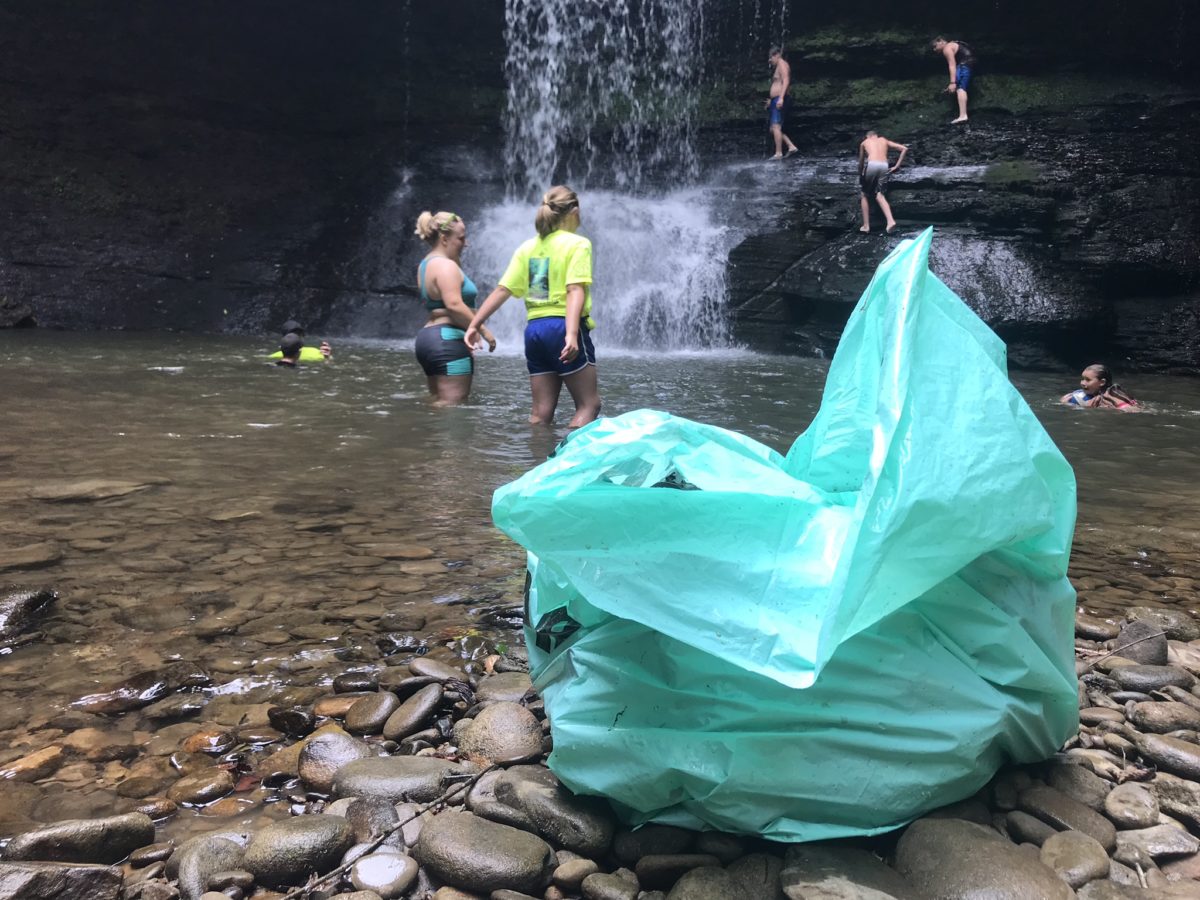