Alison Lundergan Grimes removed the State Board of Elections’ executive director, a longtime critic of her actions, from a national committee on improving the country’s voting systems.

Kentucky Secretary of State Alison Lundergan Grimes escalated her fight with the State Board of Elections last week when she removed its executive director from a national committee devoted to improving the country’s voting systems and better protecting them from cyberattacks.

Grimes took the action against the executive director, Jared Dearing, just days before he was expected to travel to Memphis, Tennessee, to participate in a meeting dealing with upgrading the voting machines and technology used by states across the country. The meeting is being held by the federal Election Assistance Commission’s Standards Board, and is widely considered to be the most significant meeting of the EAC in years.

Dearing has been a longtime critic of actions taken by Grimes, by law the state’s top elections official, and last year he filed a nine-page complaint with the Executive Branch Ethics Commission accusing Grimes of creating a hostile work environment and overstepping her authority. Dearing’s complaint helped prompt a number of investigations into Grimes’ performance and played a role in the state legislature’s decision last month to strip Grimes of some of her authority over state elections.

Grimes has steadfastly denied the claims against her, calling them politically motivated. Grimes is a Democrat, as is Dearing. In a statement, Grimes’ spokeswoman, Lillie Ruschell, said appointments to the Standards Board remain at the secretary’s discretion, and she made new appointments using “the same routine practice as previous appointments over the past eight years.”

Ruschell said the decision to remove Dearing was based on his “absence from the 2018 EAC meeting.” In a statement, Dearing said he skipped last year’s meeting at the direction of Grimes.

“I was unable to attend the 2018 meeting because the secretary did not give me approval to travel, and at that time the secretary approved all travel requests,” he said. “The Standards Board meetings are an important function of securing the commonwealth’s election systems. The State Board of Elections will continue to do everything in our power to secure our systems whether or not we are in attendance.”

This will be the first time in the history of the EAC’s Standards Board that Kentucky will not be represented by an SBE director. Trey Grayson, a former secretary of state in Kentucky, said “It’s puzzling to see this deviation from Kentucky’s long-standing practice of appointing a staff member from the SBE to this board. And the timing of Dearing’s removal, given his outspoken criticism of her, is curious.”

Dearing was widely expected to be an active participant in the Memphis meeting, and he had been consulting with elections officials across the state and country in preparation. He is being replaced by Assistant Secretary of State Erica Galyon, who has been largely absent from national conversations on voting machines.

Grimes also removed Madison County Clerk Kenny Barger from the Standards Board and appointed Johnny Collier, the clerk from Jessamine County. Barger has also been an outspoken critic of Grimes. Ruschell said Barger was removed because of his lack of “communication” about the meeting. He did not respond to a request for comment.

Collier also did not respond to a request for comment, but his office indicated he would not attend the meeting in Memphis family issues. This has left Grimes’ office scrambling to find another elections official only one day before the meeting begins.

Neither Barger nor Dearing’s term on the Standards Board officially ends until the end of the month, making it unclear to Kentucky’s elections officials why Grimes chose to make appointments only days ahead of a crucial meeting.

“This meeting is huge,” said Gabrielle Summe, the clerk in Kenton County, who is also the president of Kentucky’s statewide clerks association. “It decides the machines Kentucky will be able to buy.”

Summe said Grimes’ replacement of Barger may have been improper. She said national regulations required that “local election officials” select one of their own for the Standards Board. Summe said the Kentucky County Clerks Association was neither told that Grimes intended to dismiss Barger nor consulted about his replacement. The association is taking steps to prevent Barger’s removal. said the KCCA had never before complained about the appointment process.

“There’s no vacancy,” Summe said. “There’s no reason to replace him and he’s got at least a little more experience with the process.”

According to federal and state officials, last September Dearing was in the process of being approved for a security clearance when Grimes abruptly asked the Department of Homeland Security to halt the process. The move came only weeks after Dearing first issued his public grievances with Grimes.

In her statement, Ruschell did not explain why Grimes halted the process but said security clearances were at the secretary’s discretion.

In pushing back against the legislation that reduced her powers over state election matters this year, Grimes had argued that she alone had the security clearance necessary to respond to real or potential threats to election security in the state. In doing so, she failed to mention she had played a role in making sure members of the SBE lacked such clearances.

“At a time when election security is a top concern for our nation, our Republican majority wants to remove the only member of the State Board of Elections with a National Security Clearance from having a voice in protecting Kentucky, placing the process solely in the hands of unelected bureaucrats appointed by the Governor,” Grimes said in a statement last month.

After the 2016 election, DHS allowed the “chief elections official” in each state to apply for a security clearance and to sponsor the applications of two appointees in order to streamline communication between the federal government and the states.

The clearance allows DHS to quickly communicate threats to Kentucky’s elections infrastructure. Without the clearance, Dearing would likely not be among the first to know about imminent risks. The SBE is largely responsible for the day to day management of elections.

Officials indicated the SBE has expressed its intention to ask for additional clearances to be given to its members now that legislation has given the board clearer authority. It is likely this process will move forward.

EAC spokeswoman Brenda Soder said the general counsel is reviewing Grimes’ new appointments to the Standards Board “to determine the right course of action for all involved” and that a decision on how to move forward will be guided by relevant federal law.

“This will have a huge impact on the way our state is run,” Summe said. “We need to keep the people there who should be there.”

Update, April 11, 2019: The Election Assistance Commission rejected Kentucky Secretary of State Alison Lundergan Grimes’ attempt to replace one of Kentucky’s representatives on the commission’s Standards Board. The commission said Grimes lacked the authority to replace Kenny Barger, the local elections representative serving on the Standards Board. Grimes had tried to replace Barger in the days leading up to a major conference on voting machine reform. 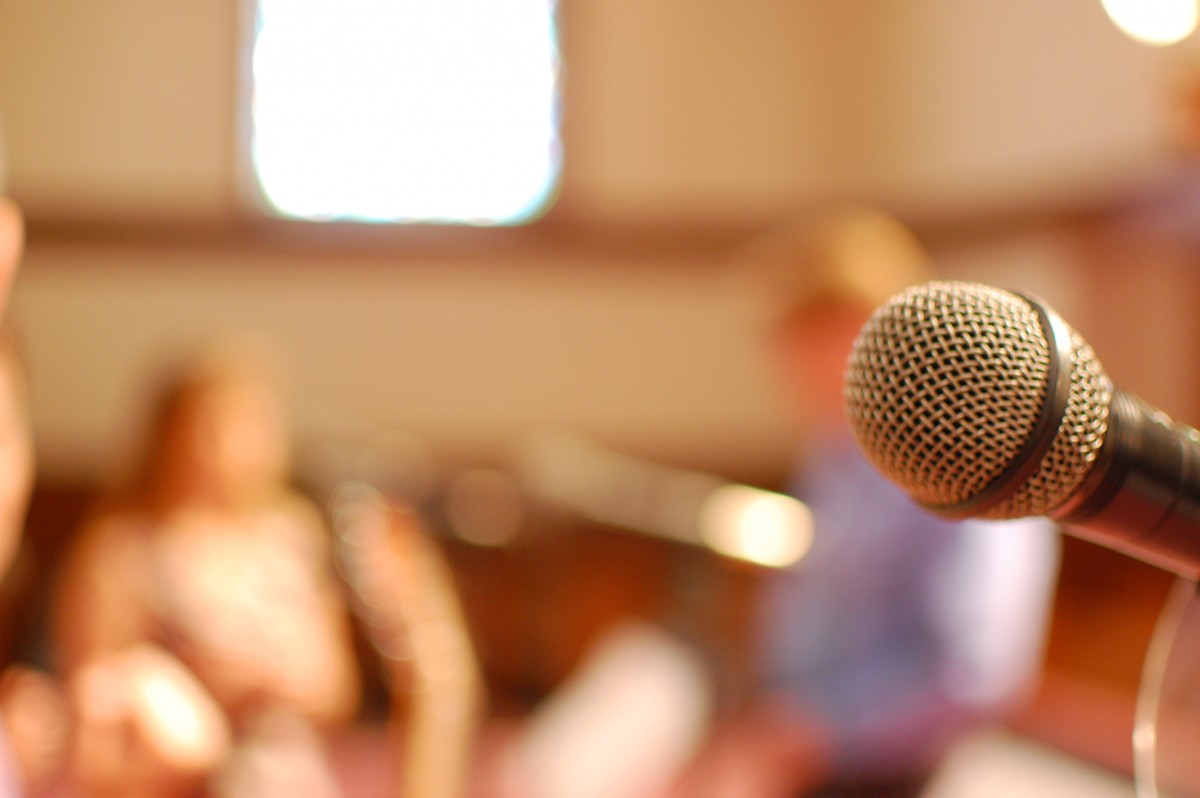 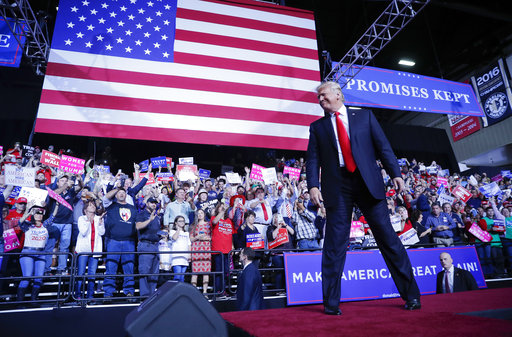 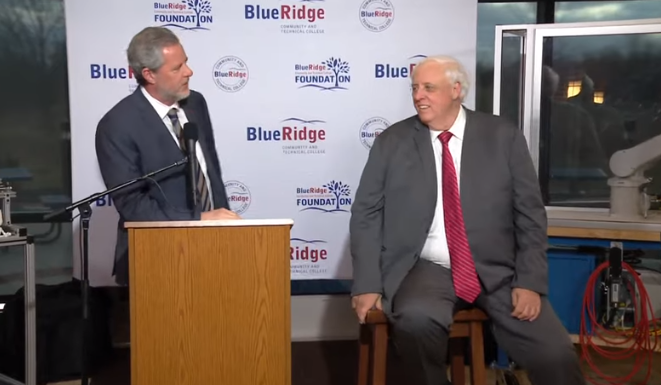 With the help of the son of a famous televangelist, Gov. Jim Justice plugged a proposal for counties…
byDave Mistich 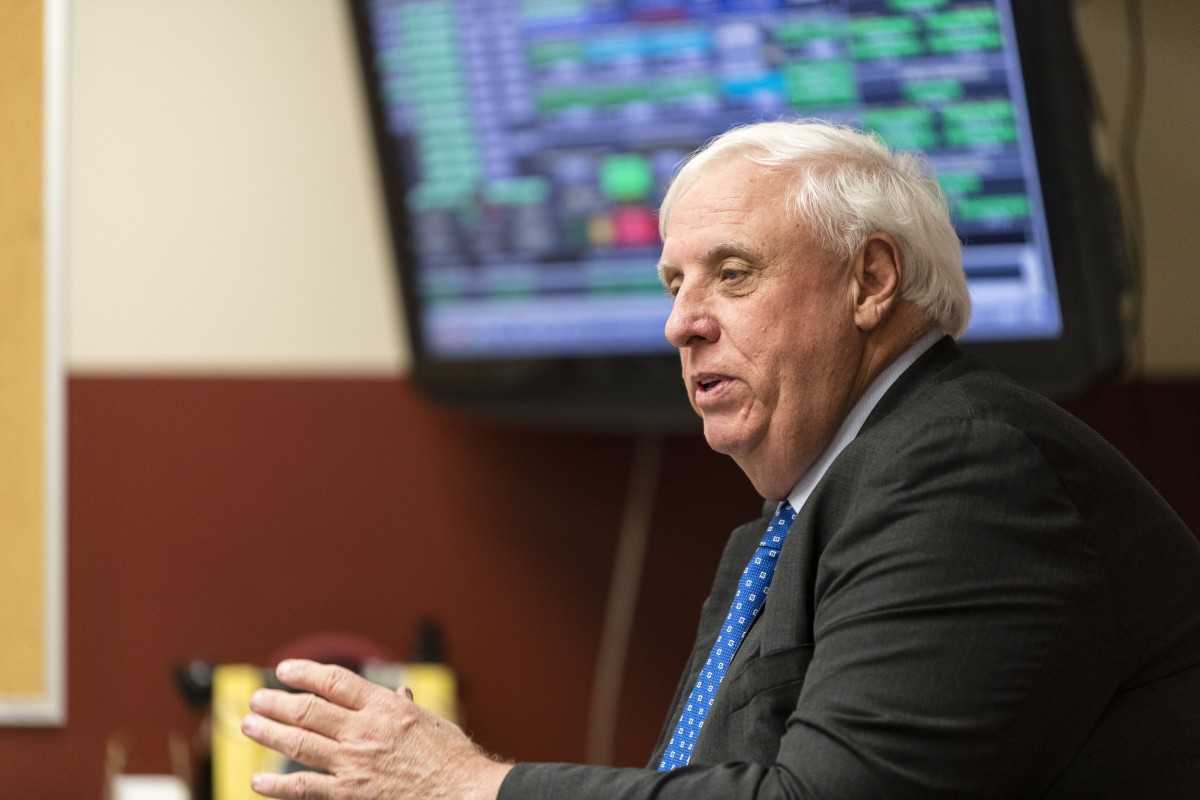