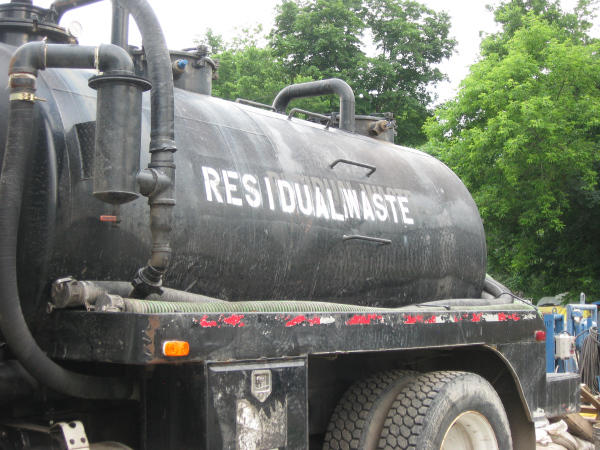 The U.S. Environmental Protection Agency last week said it will not strengthen regulations on waste created by oil and gas production, a move that could affect communities across the Ohio Valley where the oil and gas industry is booming in the Appalachian Basin.

No federal agency fully regulates oil and gas drilling byproducts — which include brine, or salty water laced with chemicals and metals, as well as similarly-contaminated sludge, rock and mud — leaving tracking and handling to states.

EPA’s decision released last week stems from a 2016 lawsuit filed by environmental groups, who had petitioned the agency to make new rules for how it regulates oil and gas waste. When the agency failed to respond, a federal judge required EPA to formally respond by this spring.

The decision reaffirms that states are in charge of regulating the disposal of chemical-laced and often radioactive liquids and solids created by the oil and gas industry.

Environmental advocates decried the move. They argue regulations for both onsite storage of waste and offsite disposal vary widely from state to state.

A 2016 report from the Center for Public Integrity calls the radioactive waste stream from horizontal oil and gas operations “orphan waste” because no single government agency is fully managing it. Each state is left to figure out its own plan. Advocates say EPA rules would create a baseline for how millions of tons of liquid and solid waste should be disposed.

“In a word or a sentence, the Trump administration hung out to dry communities that host oil and gas development,” said Aaron Mintzes with Earthworks, one of the group’s that pursued this issue in court.

Mintzes said a loophole in the Resource Conservation and Recovery Act, a federal law that governs how solid waste should be disposed, allowed EPA in 1988 to classify waste from oil and gas operations as “non-hazardous.” This gives operators wide latitude in how to dispose of it.

For example, some states allow drillers to dispose of wastewater by injecting it back into the ground, but that can lead to pollution and even earthquakes.

In its decision document, EPA acknowledged that the rise of hydraulic fracturing, in which drillers go much deeper and are more likely to bring up waste products with naturally-occurring radioactivity, has changed the composition of waste. Ultimately, however the agency said state programs appear to sufficient.

In its review, the agency looked at state regulations for 28 of the 34 states with oil and gas production and concluded while the scope and specificity of the regulatory programs varied, “the existing state programs incorporate a majority of elements found in federal waste management program programs, which indicates that the scope of the written state regulation is robust.”

However, activists and some regulators worry that inconsistencies in state regulations could mean that waste is being “shopped around” by companies seeking or unsafely reused.

That is what happened in Estill County, Kentucky.

In 2016, the Ohio Valley ReSource reported tons of radioactive frack waste was hauled from state to state before being improperly disposed of in a county landfill not designed to hold radioactive material.

The waste was deposited in the Blue Ridge Landfill, which is across the street from the Estill County High School and Estill County Middle School.

In the years since the waste was discovered, the landfill owners have been fined and are required to create a corrective action plan. Officials with the Kentucky Energy and Environmental Cabinet want to keep the waste in place.

The waste contains an unknown amount of radium 226, which has a half life of 1,600 years, but the liner below the landfill where it was dumped is only slated to last 450 years.

Local residents with the group Concerned Citizens of Estill County disagree with the state’s plan and say officials have not been transparent in the process. They have filed a petition with the EEC’s Office of Administrative Hearings seeking a review of the state’s decision.

Mary Comer is a lawyer with the Appalachian Citizens’ Law Center that is representing the group.

“The uncertainty about the health impacts and how much was really brought in and how hot it is, makes those health concerns even more prevalent and concerning,” Comer said.

She said the group expects a hearing this summer.