byJamie Lynn Crofts
3 shares
1
0
2
5 minute read
Lacey Walter, of Kennewick, Wash., holds a sign that reads “Vaccines, the more you know, the more you No!” as she takes part in a rally held in opposition to a proposed bill that would remove parents’ ability to claim a philosophical exemption to opt their school-age children out of the combined measles, mumps and rubella vaccine, Friday, Feb. 8, 2019, at the Capitol in Olympia, Wash. Amid a measles outbreak that has sickened people in Washington state and Oregon, lawmakers earlier Friday heard public testimony on the bill. Photo: Ted S. Warren/AP Photo
Total
3
Shares
1
0
2

For decades, two Appalachian states have been national leaders in an unexpected area: vaccinating children against contagious diseases.

In 2000, measles was eliminated as a major public health threat in the United States. But because measles still exists in other countries, it’s occasionally brought here. And as American parents opted out of vaccines for their children in larger numbers, outbreaks have crept up in places where high numbers of people remain unvaccinated.

Now, less than six weeks into 2019, 84 cases of measles have been confirmed in 11 different states. Fifty-five of those cases are in Washington state, where health officials have declared a state of emergency. As states like Washington evaluate how best to move forward, they may be surprised to find themselves looking to another part of the country for help: Appalachia.

West Virginia and Mississippi are not generally considered leaders in public health. Dangerous professions, high poverty rates, rough terrain, water contamination and pollution have left much of Appalachia struggling with rates of cancer, addiction, overdose and premature mortality higher than the rest of the country. On many health metrics, West Virginia and Mississippi rank towards the bottom. But when it comes to inoculating schoolchildren against dangerous diseases like measles, polio and whooping cough, they are consistently the best in the country.

Vaccines and Their Efficacy

The efficacy of some medical procedures can be debated. Vaccines are not among them.

Vaccines protect people in two ways. First, they protect the individuals who receive them, by inoculating them. Second, when vaccines are successfully administered to a large percentage of the population, a herd immunity develops. Herd immunity protects the people who truly can’t get vaccinated, like infants not yet old enough or people undergoing chemotherapy. When a high enough percentage of the population has been inoculated, herd immunity protects those more vulnerable members of our society.

Vaccines are largely considered one of the greatest public health discoveries of modern history. The CDC estimates that vaccinations will prevent more than 21 million hospitalizations and 732,000 deaths among children born since 1994. The World Health Organization credits vaccines with preventing 2-3 million deaths every year from a variety of diseases, reducing measles mortality by 84 percent and bringing us closer than ever to eradicating polio worldwide. Vaccinations have already entirely eradicated smallpox and rinderpest.

Vaccines are safe and medical science has proven that the most recent argument against them–that they cause autism–is false. This false claim can be traced back to one, now discredited, paper, by a man named Andrew Wakefield. In 1998, Wakefield and his colleagues made headlines worldwide when they published a paper arguing that vaccines caused autism. Eventually, the paper would be retracted and Wakefield and his colleagues would be found guilty of ethical violations, scientific misrepresentations and deliberate fraud; but by that time, the damage had already been done and has had a lasting global impact.

People around the world continue to contract preventable diseases, sometimes because of lies about the safety of vaccines. In a tragic 2015 case, a Spanish boy named Pau died of diptheria after his parents refused to have him vaccinated. Pau’s parents later said they felt they had been “tricked,” had not been properly informed about vaccines, and felt tremendous guilt over the death of their son.

Mississippi’s vaccine mandate is the result of a 1979 decision from its highest court, Brown v. Stone. A father challenged Mississippi’s mandatory vaccination law, which allowed religious exemptions if “an officer of a church of a recognized denomination” signed off on it for the parent. He argued the law violated his First Amendment rights by requiring him to be a member of a denomination in order to claim the exemption. In a stunning turn, the court didn’t simply reject the father’s objection—it eliminated all religious exemptions. As the court stated:

“The exception, which would provide for the exemption of children of parents whose religious beliefs conflict with the immunization requirements, would discriminate against the great majority of children whose parents have no such religious convictions. To give it effect would result in a violation of the Fourteenth Amendment to the United States Constitution which provides that no state shall make any law denying to any person within its jurisdiction the equal protection of the laws, in that it would require the great body of school children to be vaccinated and at the same time expose them to the hazard of associating in school with children exempted under the religious exemption who had not been immunized as required by the statute.”

West Virginia’s strict vaccination laws were created by the legislature, not the judiciary, and first appeared in 1872. The state’s laws have  never allowed for a nonmedical exemption.

Despite the documented success of their laws, the debate on whether to weaken them  continues in both states. Year after year, politicians introduce bills that would allow religious or personal belief exemptions–and this year is no exception. To date, however, every proposal to relax Mississippi’s or West Virginia’s vaccination laws has failed, perhaps, in part, because of the overwhelming proof that strict vaccination laws work.

Models for the Rest of the Country

West Virginia and Mississippi took two different paths, but ended with similar results: the highest vaccination rates in the country.

For the most recent school year, 99.4 percent of incoming kindergarteners in Mississippi and 98.4 percent in West Virginia were inoculated against measles, mumps and rubella (MMR). The national average is 94.3 percent. Doctors estimate that between 90 and 95 percent of a population must be inoculated for the MMR vaccine to be effective.

Far away from Appalachia and Mississippi’s nearly universal vaccination rate is Clark County, Washington. Washington has some of the most relaxed vaccination laws in the country, allowing both a religious exemption and a “personal belief” exemption. Clark County is in the southwest corner of the state, near Portland, Oregon. Only 76 percent of Clark County kindergarteners were fully immunized for the 2017 – 2018 school year.  Only 84 percent had received the MMR vaccine. Clark County is home to 53 of the 55 measles cases reported in Washington this year. At least thirty-four of the sick are children under the age of 10.

In 2015, a measles outbreak originating at Disneyland in southern California resulted in 147 cases of measles spread across eight states and two other countries. Later that year, California changed its laws and joined Mississippi and West Virginia in eliminating religious exemptions to vaccines. In response to the current measles outbreak, lawmakers in Washington have proposed removing their personal belief exemption.

At a time when several parts of the country are dealing with outbreaks of a disease that was almost eradicated, more states would do well to look towards Appalachia for two examples to follow. West Virginia and Mississippi are leading the country in protecting our children from preventable diseases. In the midst of this public health crisis, the rest of the country should look to West Virginia and Mississippi as models of what strong vaccination policies can accomplish.

Jamie Lynn Crofts is a constitutional and civil rights attorney in Charleston, West Virginia. She is a graduate of Northwestern University School of Law, a former federal judicial law clerk, and previously worked as the Legal Director for the ACLU of West Virginia. 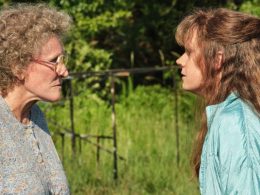 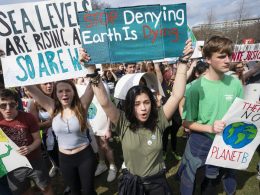 For the past week, I’ve plopped down to write about the one-year mark of a project we thought…
byRainesford Stauffer
56 shares
56
0
0 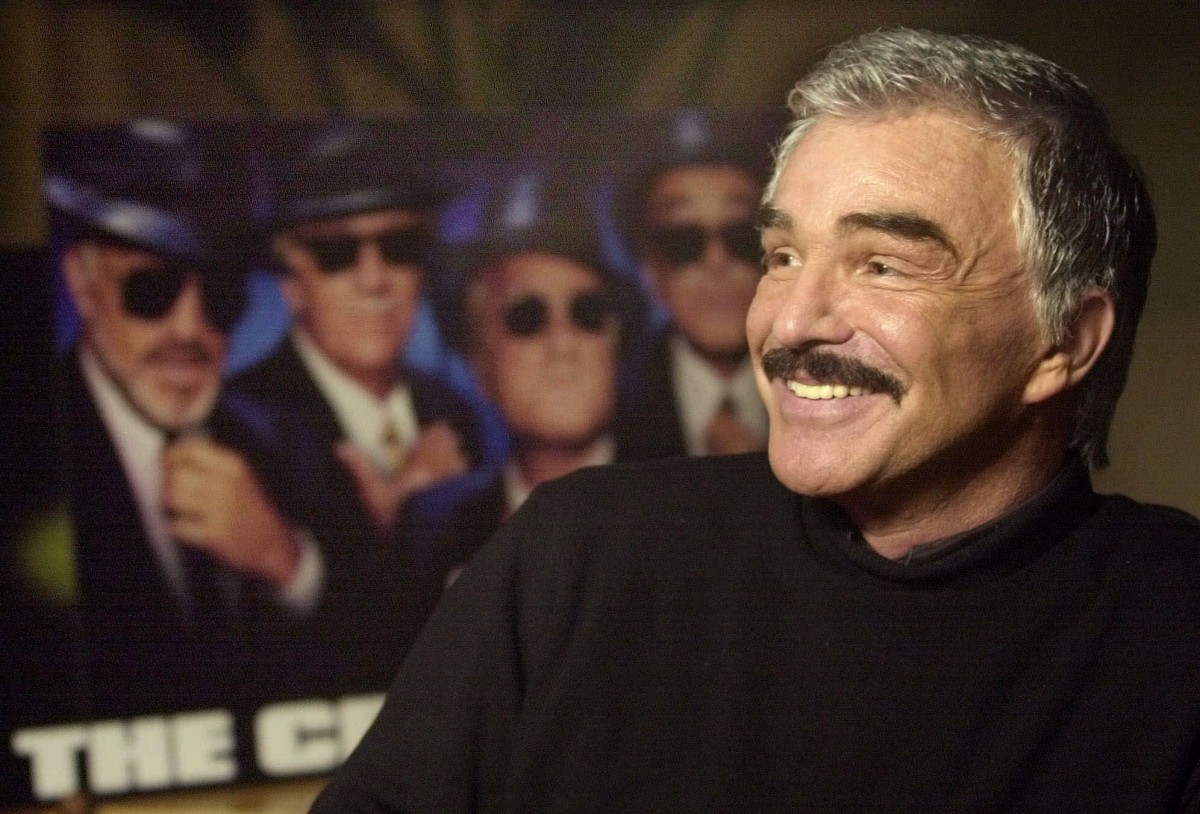