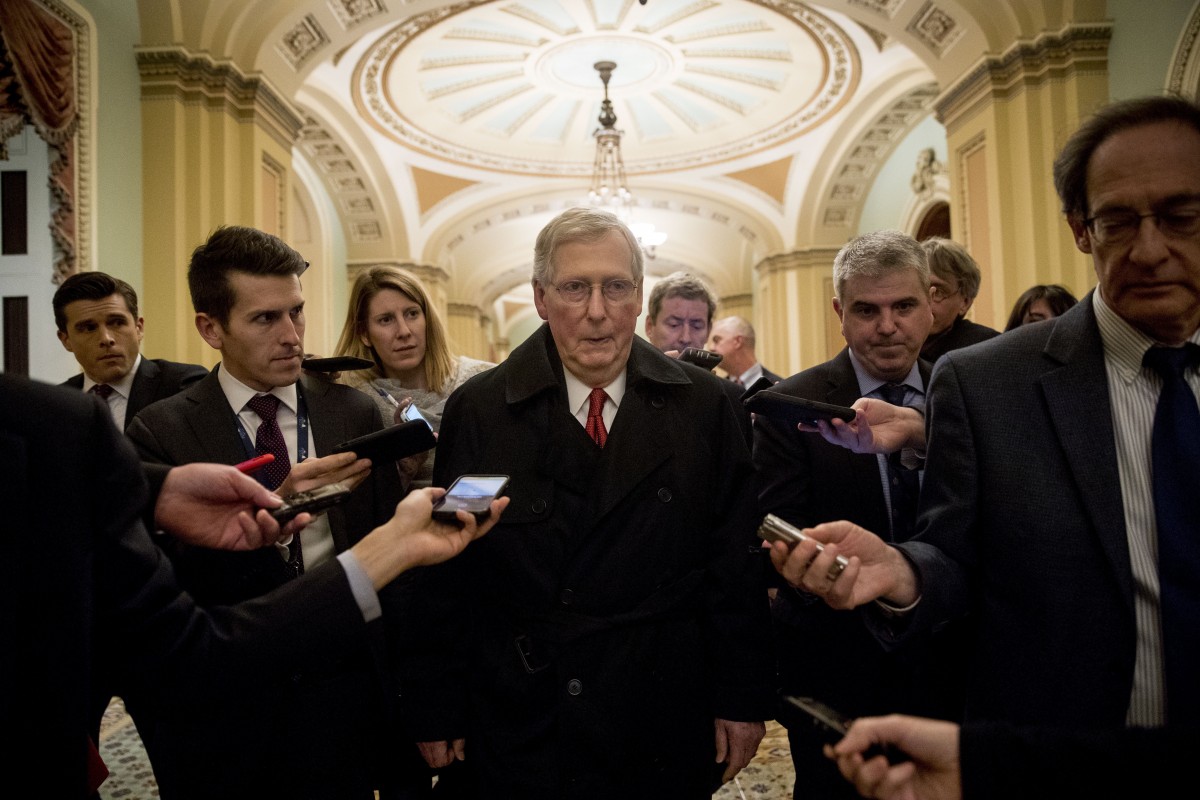 After 35 days of the partial government shutdown, President Trump announced from the Rose Garden at the White House that he will sign a legislation reopening the government until February 15.

President stressed that he is still committed to obtaining the funding for the wall on the southern border that he originally requested. Trump encouraged both sides of the aisle to work on a compromise during that time, but stressed that if there is no agreement on border funding, the shutdown might resume, or he might use special prerogatives to build the wall.

That leaves members of Congress just three short weeks to hammer out a deal, with both sides already ideologically entrenched.

Nearly 800,000 federal employees are going without a second paycheck today as a quarter of the federal government remains shuttered.

Senators rejected two measures Thursday that could’ve ended the partial government shutdown, one that would’ve funded the government through early February, the other– backed by the White House– that would’ve funded the president’s $5.7 billion border wall and extended some protections for Deferred Action for Childhood Arrival, or DACA, recipients.

The most talked about effects of the shutdown are those on furloughed or unpaid government workers, many of whom are struggling to make ends meet, and on the safety of the nation’s air travel, with air traffic controllers warning of increased risk due to mandatory overtime and increased stress.

There are about 145,000 federal civilian workers in Virginia, 120,000 in Maryland, and about 18,000 in West Virginia, according to the U.S. Office of Personnel Management, although some are considered essential and were not affected by the shutdown. Still, there are more subtle, perhaps still hidden effects of the shutdown that are rippling from within the beltway out into Appalachia.

Agriculture and the Environment

Rich in both agriculture and heavy industry, the after-effects of the partial closures of the Department of Agriculture, or USDA, and the Environmental Protection Agency, or EPA, could take much longer to see.

For now, the USDA has taken precautions to provide Supplemental Nutrition Assistance Program, or SNAP, benefits to those who need it by paying out February benefits early. Beyond that, however, there is no solution.

What goes overlooked, though, are the community-based initiatives USDA provides, like the mobile farmers’ markets that deliver fresh produce to elderly and other vulnerable populations in rural areas with restricted access to fresh produce.

The Charleston Gazette-Mail reported on one such program in Mason County, West Virginia, a county with a population just over 26,000. There, one of the farmers described her inability to accept payments from customers using EBT cards, which are like credit cards that food benefits are loaded onto. When she approached the USDA to resolve the issue, there was nobody there to pick up the phone.

The money to help these residents buy food is there, but when trained personnel who solves problems for farmers and other food providers aren’t, vulnerable populations are in danger of going hungry.

There are even more complications for farmers in the region, many of whom have applied for grants with deadlines falling squarely in the middle of the shutdown. They’ve been left with speculative assurances that work on their applications will resume right after the shutdown is resolved.

Then there are farmers who experienced a federally declared disaster, but can’t apply for USDA’s disaster loan programs to aid in their recovery, or cattle farmers who’ve lost excessive numbers of animals due to weather or diseases amplified by weather conditions.

If their application’s 30-day deadline for the Livestock Indemnity Program overlapped with the shutdown it might now be floating somewhere in its limbo.

Similar problems plague the domains overseen by the EPA, which is working at bare bones staffing levels.

Among its furloughed employees are environmental inspectors who monitor compliance by different industries and businesses with federal environmental regulations. It’s difficult to assess the full impact yet, mostly because of lack of any open communication lines.

And because EPA’s regional offices are largely shuttered, requests for information from the agency on the impacts of its closure– requests sent to two regional offices that contain 8 of 13 Appalachian states– went unanswered.

For that matter, inquiries sent to the Region 3 Quality Assurance Bureau also were never addressed, but, in one case, 100 Days did receive an automated reply explaining that due to the shutdown, the bureau’s communications employee is not at work.

Without anyone overseeing the agricultural and environmental needs of the region, what will the long term implications be?

Although not as widely known, the government shutdown could potentially disrupt a federal agency that’s a giant economic driver for the region– the Appalachian Regional Commission, or ARC.

Those impacts are minimal for now, but, depending on the scope and length of the shutdown, some more long-term projects could be put at risk.

“When departments like USDA and Commerce close, it impacts our ability to partner with them on projects,” ARC’s Communications Director Wendy Wasserman said.

“In some cases, mostly on infrastructure projects, USDA manages our grants at the state level,” she added, which means that in some cases, ARC money flows through the USDA, who oversees the overarching grant and individual payments to grantees.

If employees responsible for these operations are furloughed it’s not exactly clear what happens, according to Wasserman.

And that’s the case in many parts of the partially closed government. It’s not exactly clear what happens next for them either.

For President Trump, South Carolina’s Senator Lindsay Graham said in a speech from the Senate floor Thursday that the White House is ready to move forward with a discussion on passing a continuing resolution that would reopen the government for three weeks while negotiations over comprehensive border security continued.

The short term deal could help many in Appalachia who worry about missing another paycheck or the release of their SNAP benefits, but the longest shutdown in American history might instead turn out to be a new technique in this administration’s negotiating tactics.

With the Republican-led Senate unwilling to pressure the President into more moderate positions, it’s left those feeling the effects of the shutdown to wonder if that tactic will become a new variable to be considered every time the president moves to fulfill one of his campaign promises, despite political opposition.

Editor’s Note: This story initially contained an incorrect calculation of the proportion of federal workers impacted by the shutdown  in three Appalachian states, as reported by the New York Times.  It has been updated to include the total number of federal workers in  Virginia, Maryland and West Virginia.

100 Days in Appalachia’s Food and Culture Editor Mike Costello contributed to this report.