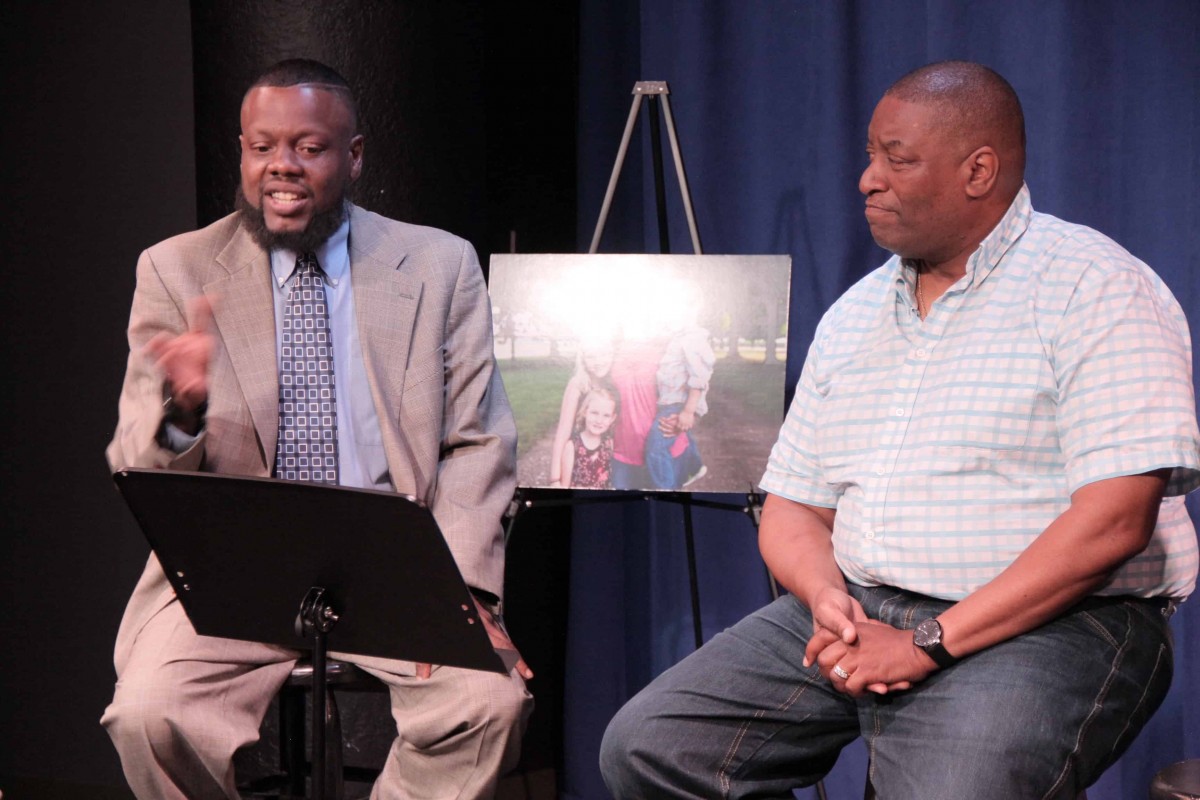 100 Days in Appalachia’s Capitol Hill correspondent Jan Pytalski wrote that in a recent reflection on his role covering Appalachian politics in Washington, D.C., but I got to experience that firsthand at an event in Dayton, Ohio, this fall.

100 Days has teamed up with WYSO, the Yellow Springs, Ohio, NPR affiliate, to share a series of personal narratives on how the opioid epidemic has impacted the Dayton area. The result is Recovery Stories, a set of six StoryCorps-style discussions.

On a Saturday afternoon, the 12 people who shared their personal stories in these discussions gathered in a small, black-box theater in the western Ohio city with their family and friends for a first listen. What followed was a personal revelation — and also proof — that even though Appalachians are defined by a certain narrative, the nation is experiencing the same challenges we are.

As the lights dimmed that afternoon, the voices of Andre Lewis and William Roberts filled the small theater. Lewis is a recovering alcoholic, but while struggling with his addiction, he began using opioid painkiller pills and later heroin. Roberts is his sponsor and has experienced the ups and downs of Lewis’s recovery, including relapses and overdoses. 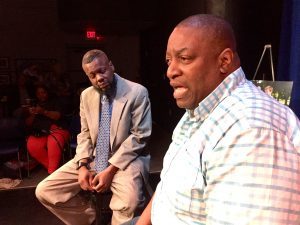 William Roberts, right, reflects on his experience speaking with WYSO during a live event in Dayton. Photo: Juliet Fromholt

“Addiction is a disease where relapse is part of it,” Roberts said. “Each time I had to let go because you weren’t ready, and there was no need in both of us drowning. And so when you approached [recovery] this last time, I think that you finally had hit a bottom and were ready for a different way to live.”

This was the sentiment that permeated the room as the event transitioned from one of listening to one of active discussion. Person after person in recovery in that audience repeated it. You have to let them lose everything, sometimes even their will to live. Let them hit rock bottom.

Rebecca Thayer, who speaks with her mother in the series about a life on the streets in the midst of her addiction, sat behind me at the event. She is two years clean after completing an intensive drug court program, but she shared a story about her brother, who is currently struggling with substance abuse disorder. Thayer said she’s tried everything. She’s offered resources, aid and emotional support, but she told the group that recently, she’s pulled back.

“My brother knows I love him,” she said. “He knows I will help him find a bed in a treatment center, but I can’t financially support him any more. He has to hit rock bottom, she said, before he’ll help himself.”

Rock bottom. Addiction recovery centers across the country are split on this idea of an addict needing to hit some “bottom” before being able to seek help and turn their lives around, and so far, there isn’t any definitive research that supports or refutes it.

But for these families, research isn’t necessary. They don’t need an academic to tell them about their personal experiences with a deadly disease, and as a reporter who covered the epidemic for years in my home state of West Virginia, the sentiment was difficult to hear.

I spent half a decade covering West Virginia’s demise into an addiction crisis unlike any its experienced in the past. Every year, the state led the nation in opioid overdose death rates per capita, and every year, we struggled to find answers that didn’t seem to come, much like the rest of the country.

West Virginia has tested programs that have made a positive impact– drug courts and needle exchanges among them– but as someone whose life has never personally been touched by addiction outside of the newsroom, the reality of these Dayton families seemed so foreign, so harsh.

In that moment of confronting this reality, the pain and courage it must take for a family to watch from afar as their loved one reaches “their bottom,” I felt an empathy that I hadn’t experienced before, certainly not as I reported about the surge of deaths from fentanyl-laced drugs from the comfort of my desk in a West Virginia newsroom. 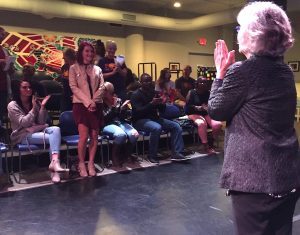 These face-to-face interactions shattered what I knew of addiction, or what I thought I knew. They reenforced for me the notion that reporters should not just report about our communities, but report inour communities about the challenges they face at such a deeply personal level. Recovery Stories allowed that work to happen in Dayton and that Saturday gathering made the work even more impactful for us who got to experience it firsthand.

I do not know how to fix our communities that are struggling with addiction. At this point, it doesn’t seem like many do, but those struggles are universal. The battles with relapse, the families that have been torn apart, the recovery. These are the stories of the opioid epidemic across our country, whether it’s a coal town in southern West Virginia or a steel town in the Rust Belt.

At 100 Days in Appalachia, we are working to shine a light on those stories of hope and resilience. That’s what the Recovery Stories series has allowed us to do. We are proud to support this kind of work and can only hope that it helps Appalachian communities — and midwestern communities alike — on their route to recovery.

Ashton Marra is the digital managing editor of 100 Days in Appalachia and a teaching assistant professor in the Reed College of Media at West Virginia University.