byTim Marema
3 minute read
In this April 2, 2018, file photo, pharmacist Steve Protzel poses for photos holding a bottle of OxyContin at Daniel’s Pharmacy in San Francisco. The state of Colorado, and a number of other states, counties and municipalities across the country, are suing Purdue Pharma, the maker of OxyContin, for manipulating Colorado doctors into prescribing the powerful pain medication and failing to inform state or federal authorities about suspicious orders or prescribing patterns. Purdue denies the allegations. Photo:Jeff Chiu/AP Photo, File
Total
0
Shares
0
0
0

Purdue Pharma, the manufacturer of Oxycontin, put the sales pressure on doctors who already wrote more opioid prescriptions. That steered the pill away from black, rural counties and toward regions with greater numbers of whites. A noticeably lower overdose rate across the rural Deep South may be one result.

Rural counties in the South with a high percentage of African Americans tend to have lower drug-overdose rates, leading to speculation that racism may have had the unintended consequence of insulating blacks from some of the opioid epidemic.

“Across the rural South and into the Delta region, where you have very large proportions of rural African American populations, the overdose rate is actually relatively low,” said Michael Meit, co-director of the Walsh Center for Rural Health Analysis, which released a map of county-level overdose deaths earlier this fall.

Economics and social conditions don’t explain the large difference, so the cause is more likely to be related to race, Meit said.

“I do think that the pathway into opioids for many rural communities was prescription drugs,” he said. “And I think, for whatever reason, the prescription drugs were not marketed towards rural African American populations.”

That was the case with Oxycontin, the prescription drug credited with triggering the opioid epidemic that started in the mid-1990s. Beth Macy, author of Dopesick, a 2018 book about the epidemic in Virginia, said the manufacturer of Oxycontin marketed the new drug to doctors who were already prescribing larger numbers of opioids. That tended to be doctors in rural, white communities, she said.

“It [the instance of opioid prescriptions] was worse in places where there had been people with legitimate pains because of work injuries, logging, mining, fishing in Maine, coal, furniture factories,” Macy said. These were primarily white, rural communities with blue-collar employment that produces an above-average number of injuries.

Macy is a former reporter for the Roanoke (Virginia) Times. The paper covered the early spread of Oxyontin abuse from Southwest Virginia up the Shenandoah Valley. Later, Macy reported on the rise in heroin addiction and trafficking along the I-85 corridor. Scholars say that increase in heroin use was fueled in part by addiction caused by prescription medications like Oxycontin. Unlike most drug epidemics, prescription opioid abuse began in rural areas and spread to cities and suburbs. Part of the pattern stemmed from marketing strategy, Macy said.

With access to a national database of prescriptions, Purdue Pharma, the manufacturer of Oxycontin, was able to focus on doctors predisposed to prescribing opioids. “[Purdue Pharma] knew where their best chances of success were, and they were in these kinds of towns that had high rates of disability and already had people with legitimate pain.”

Purdue Pharma officials later pled guilty to criminally understating the addictiveness of the drug, among other charges. By the time Purdue Pharma had admitted to violating the law and relinquished $600 million in a fine and other payments, opioid addiction rates in the path of the company’s marketing campaign were already elevated.

That marketing push largely missed rural counties in the South with a large proportion of black residents. Doctors there weren’t in the top tier of opioid prescribers, thus they did not meet Purdue Pharma’s marketing criteria.

Doctors are less likely to prescribe painkillers to African Americans because of conscious or unconscious stereotypes about blacks and drug abuse, numerous studies have shown. 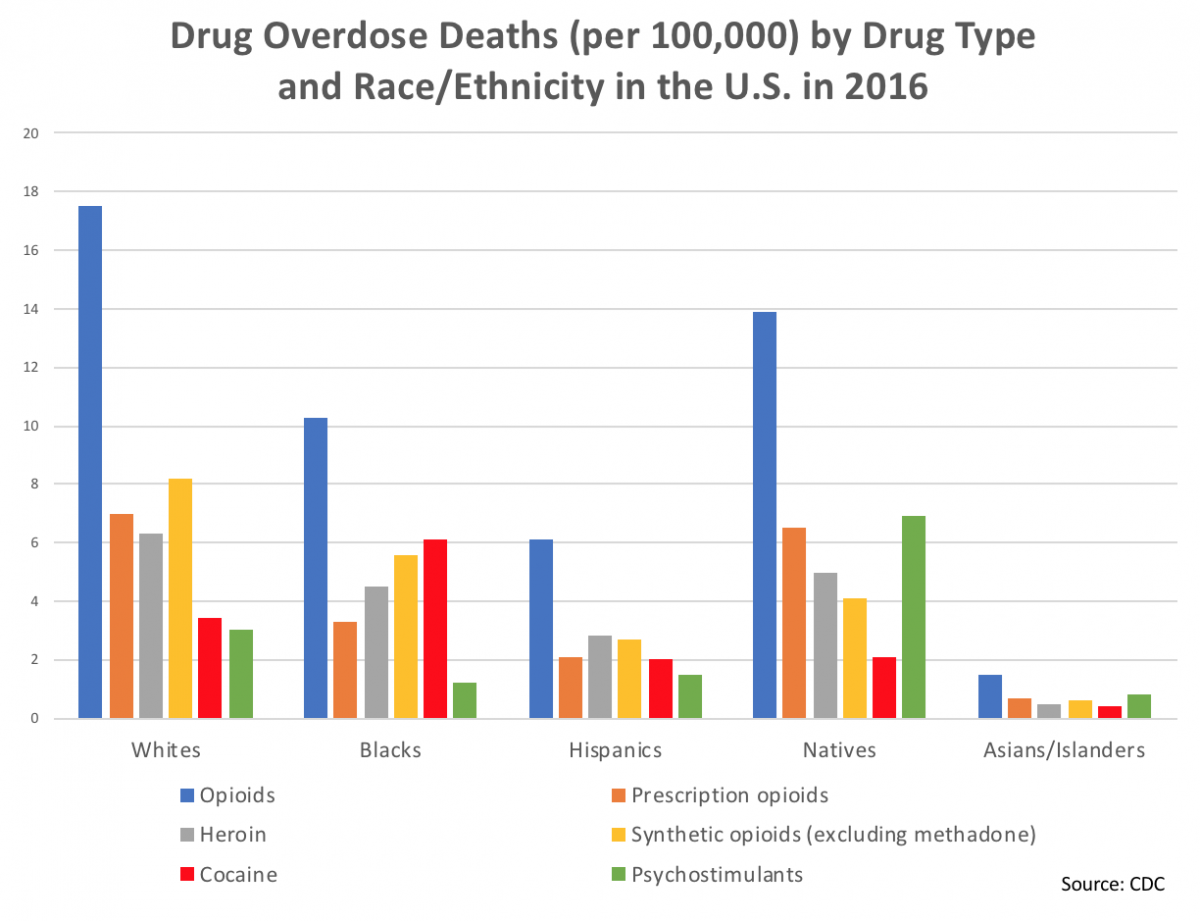 The lower rates of opioid prescriptions for blacks is reflected in regional and national data. Nationally, whites were more than 50% more likely to die from an opioid overdose than blacks in 2016, according to the Centers for Disease Control. A national map showing overdose death rates created by the Walsh Center shows that predominately black counties in the South have a noticeably lower overdose rate than other parts of rural America.

The same poll, conducted by NPR, the Robert Wood Johnson Foundation, and Harvard University, found that blacks were more likely to name cancer as their top health concern while rural whites named drug addiction as the biggest health problem. 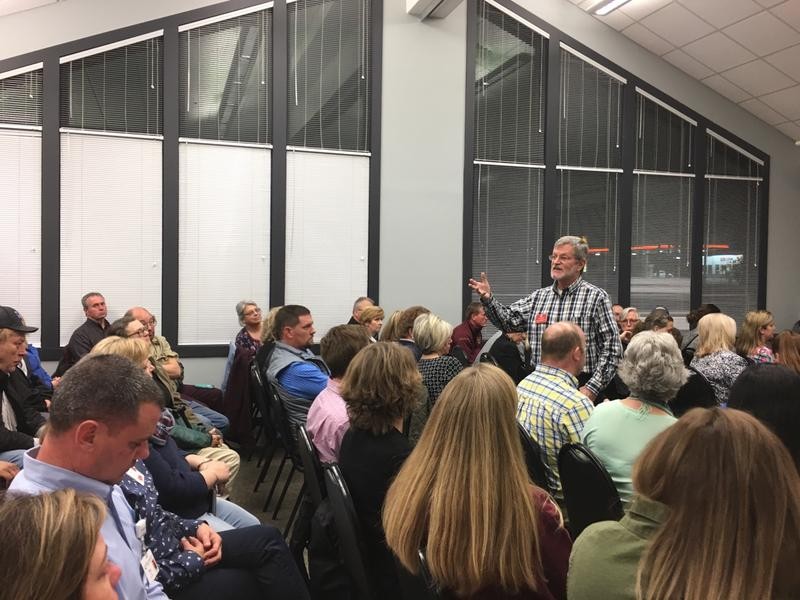 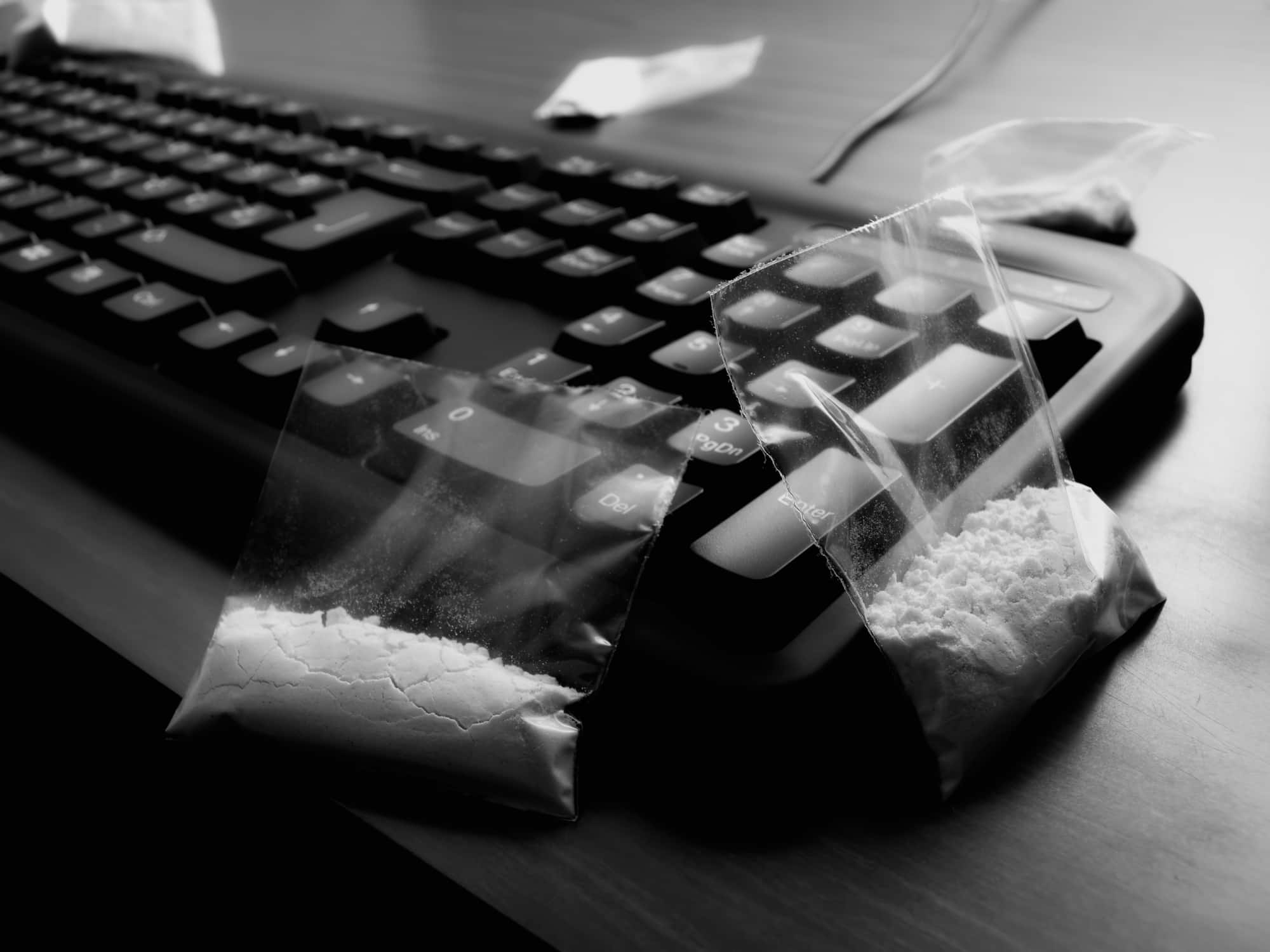