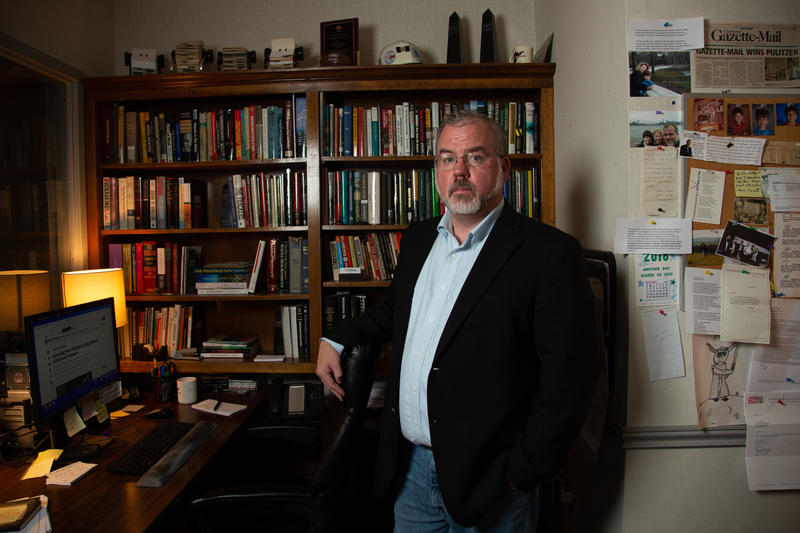 Ken Ward Jr. is a genius.

No, really. Last month he was named a recipient of the 2018 MacArthur Foundation fellowship, affectionately nicknamed the ‘genius award.’

He’s reported on major environmental stories for decades, such as the Upper Big Branch Mine Disaster that resulted in the deaths of 29 men in 2010 and the resulting trial of former coal magnate and CEO of Massey Energy Don Blankenship.

Ward, along with 25 other fellows — which includes artists, authors, scientists, scholars and activists — will receive a $625,000 grant over five years. There are no stipulations about how he must spend the money because, according to the fellowship’s website, the “no-strings-attached” award is given to “extraordinarily talented and creative individuals as an investment in their potential.”

The MacArthur Foundation selected Ward due to his experience in “revealing the human and environmental toll of natural resource extraction in West Virginia and spurring greater accountability among public and private stakeholders.”

When Ward first received the call, he said we was floored. The fellowship isn’t something one can apply and/or interview for, so he had no idea it was coming.

“I said to them on the phone, ‘I want to make sure I understand, this isn’t something I’m a finalist for and you’ll call back in a couple weeks and let me down easy?’” Ward said.

Following the phone call, Ward said he couldn’t believe it was real, and he would wake up in the middle of the night to check his phone to make sure it wasn’t all just a dream.

In his more than 25 years reporting, Ward said one of the most memorable moments of his career is covering Blankenship’s 2016 appeal case in Richmond. Ward said he was greeted by two women in the courtroom who said, “we knew the Gazette and Ken would be here; they’re always here for us.”

“If that doesn’t move you a little bit as a journalist … you need to get into some other business,” Ward said.

According to West Virginia Public Broadcasting, Ward isn’t quite sure what he’s going to do with the grant money, but said he’ll likely start a college fund for his son and buy a new car.