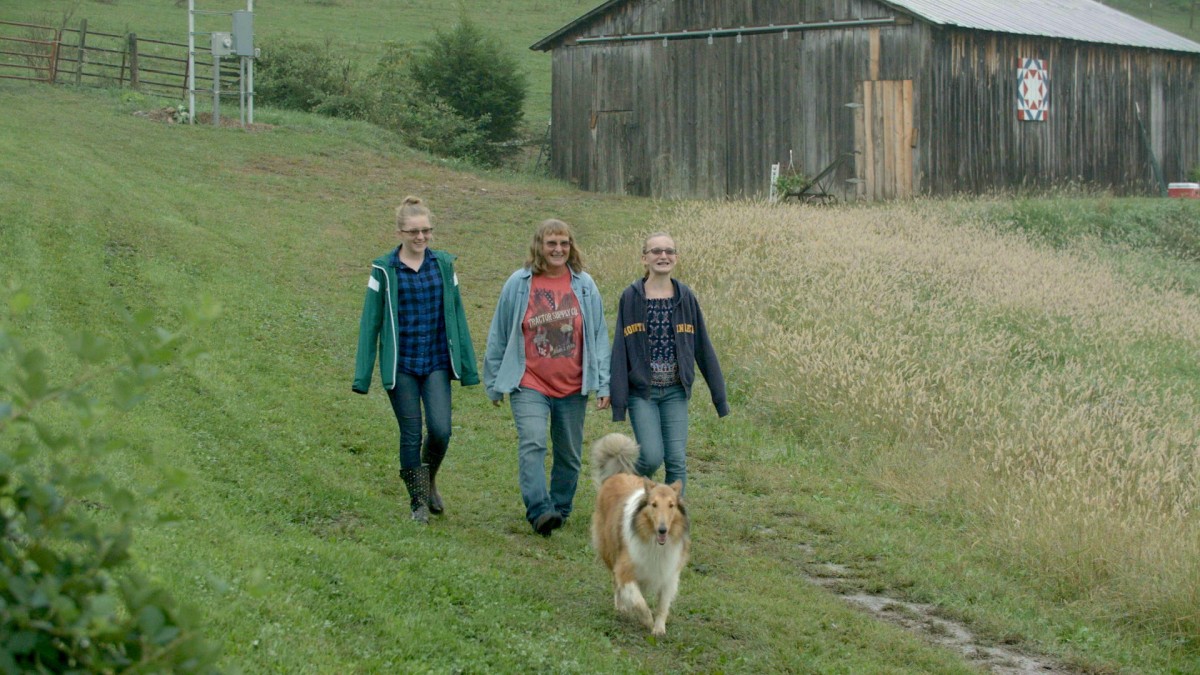 In 2017, West Virginia Public Broadcasting featured one of West Virginia’s last remaining broom makers; Kanawha County resident Jim Shaffer. The story ended with a question: would this dwindling art continue once Shaffer retired? Well, it turns out, a whole family in Hampshire County makes brooms together, and they were inspired by Shaffer himself. 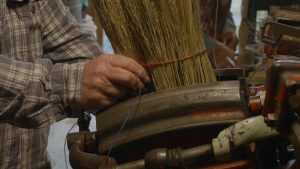 Just about 20 miles from Romney, West Virginia is a little town called Kirby. Kirby is home to Wanda Hott and her family. She owns a big farm which has been in her family since the 1930s.

Hott works as a professional school bus driver for Hampshire County Schools during a normal workday, but for more than a decade she’s also been a broom maker.

“I got into broom making, because my sister wanted to know what I wanted for Christmas one year,” Hott said. “I needed a broom; I wanted a practical broom, and she got me a broom from Jim Shaffer.”

Hott fell in love with that broom, and she remembered her great-great grandmother used to make brooms. She wanted to learn how to make them too and started teaching herself. For some help, she reached out to Jim Shaffer and began buying his broom-making supplies. Soon, they became friends. 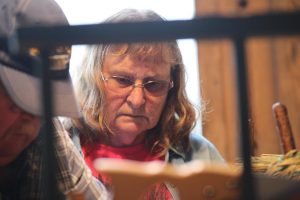 Wanda and her husband Steve work on the broom making machine they purchased from Jim Shaffer.
Photo: Daniel Walker, WVPB

Passing on a Legacy

Hott has been making brooms for the past thirteen years now. And then, last year, Jim Shaffer called her and told her he had decided he was not able to continue making brooms. Hoping to pass on his craft to the right person, he offered to sell her his broom making equipment. She accepted.

Hott hopes her broom making business will be her main source of income once she retires from school bus driving.

And, as it turns out, two of Hott’s teenage granddaughters, Shelby and Kierra Westfall, have taken a particular interest in the broom making craft as well. 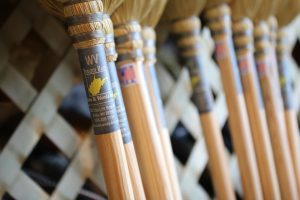 “It sparks my interest,” Shelby said. “It’s something that I’m actually able to sit down and do, and it doesn’t lose my interest.”

And her younger sister, Kierra feels the same way.

“I’m a really hands on person, so I really like to be able to feel something and have it in my hands, and broom making’s a really good way to do that,” Kierra explained. “And I like spending family time, cause I think family time [is] really important, so it’s kind of a way to do both for me.” 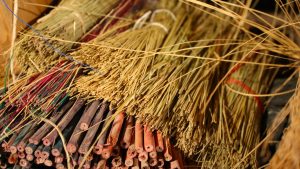 Shelby and Kierra often work alongside their grandma. Hott’s taught them to make a variety of multi-purpose or decorative brooms by hand, but she isn’t really sure how the craft became such a big part of her family.

“It just evolved,” Hott said. “I learned to make the broom to start with, and then I would teach my sister and our friend, and when family members came, they would jump in and it was a big thing. Anybody that wanted to see, we’d teach ‘em how to make brooms.” 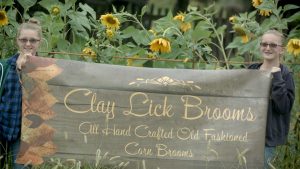 But the brooms made in the Clay Lick Broom Shop are made entirely by hand without the machine. Since they take longer to make, Hott sells these for up to $50. 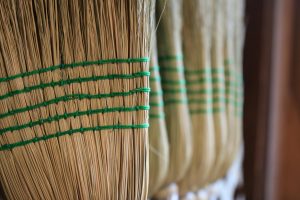 Hott hopes broom making continues to spark interest for her family. For Shelby and Kierra, they want to continue the tradition too.

“I think it’s a really great thing that there are still people around [who] still want to make brooms, because it is a really neat and wonderful thing to learn,” Kierra said.

“It’s something that I think should be passed on; people should know how to do it, cause you’re not always gonna have plastic, and you’re not gonna always have machines,” Shelby said. “The broom corn is something you can grow and make yourself; you don’t have to go and buy it.” 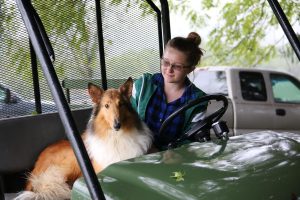 Wanda Hott’s brooms have been getting noticed. She’s even had customers as far away as California and Illinois. And with her entire family also interested in making brooms, for now, it looks like this artform won’t be disappearing in West Virginia anytime soon.