byJohn W. Miller
6 minute read
This March 15, 2018 photo shows Moundsville, W.Va., from a nearby farm. West Virginia officials and residents hope to reap some of the benefits of a proposed Ohio project by Thailand’s PTT Global Chemical to turn a byproduct of natural gas drilling into the raw material used to produce plastic products. (AP Photo/Paul Vernon)
Total
0
Shares
0
0
0

The 1950s nirvana of unionized manufacturing jobs is gone forever, no matter how successful the Trump agenda may be.

America’s geographic divides are becoming politically entrenched, as this election reminded us — and the economic forces driving the division aren’t going away. We’re not returning to a 1950s nirvana of unionized manufacturing jobs, no matter how successful the Trump agenda may be — and we’re not (yet) flourishing as a harmonious post-modern technological utopia.

Any hard conversation about America’s future needs to start with a shared understanding of our past and present, free of myth and easy narrative. When you’re trying to accept and understand change, the truth always helps.

Alexis Martinez, the 24-year old son of Mexican immigrants, remembers one such moment of revelation during his school years in Moundsville, the West Virginia town where he grew up and still lives. The town is named after a 2,200-year-old Grave Creek burial mound built by the Adena, a native American culture that roamed Appalachia three millennia ago.

On a school trip to the mound, “I realized how much things can change, like civilizations, or just a way of life,” Martinez told me.

I met Martinez with filmmaker David Bernabo as we chronicled Moundsville’s present and past, and contemplated its future, for a feature documentary that will be premiered Dec. 7 at The Strand, the town’s restored 98-year-old theatre.

I first visited Moundsville, on the Ohio river as it snakes from Pittsburgh toward Cincinnati, on my way back from reporting on a coal mine for the Wall Street Journal. In 2013, I’d written about the town’s ghost tourism industry and a local hotdog store with a paranormal shrine, in a Halloween story for the Journal’s front page. By the time of President Donald Trump’s inauguration, I had quit the paper, and was looking for a meaty creative project that might document, free of our poisoned politics, how America is changing, while opening up conversations about how to get to a healthier future.

I chose Moundsville because, with a population of roughly 8,000, it’s small enough to get to know intimately yet big enough to have once had real economic muscle. The area once had dozens of factories, including what was, for a time, the world’s biggest toy plant, run by Louis Marx & Co., makers of the Big Wheel tricycle and Rock’em Sock’em robots.

Next to the West Virginia industrial city of Wheeling and close to Pittsburgh, it has one foot in Midwestern industry and another in rural West Virginia. Its current problems are typical: brain drain, aging population, opioid addiction, factories that use robots instead of people, and a gas industry that employs seasonal workers.

That said, like in much of America, things still basically work. Unemployment is a manageable 5.3%. It’s just different than before, and poorer. Its new economy mirrors much of post-industrial small-town America: a coal mine, a Wal-Mart and other retailers, a hospital, gas wells, a cluster of small businesses, spooky tourism around the shuttered prison, and a new prison.

And in the middle of town stands the mound, a reminder of our world’s unyielding insistence on change.

Dave and I spent a year traveling to Moundsville, asking people about their lives and jobs, past and future, without trying to connect their answers to faraway national politicians. Like all reporters, I’d been trained to connect those dots, and it makes sense: Trump is something both the visiting reporter and the small-town denizen know about. But we wanted deeper answers. We wanted to figure out how small towns declined, what’s going on today, and what the future looks like. The factories aren’t coming back, so what are people actually doing?

We found stories that capture America in the early 21st century, and color in the monochrome narratives about the death of small-town manufacturing. It wasn’t just caused by trade deals and private equity. In some cases, like the Marx toy factory, patriarchs decided to sell instead of passing the business along to their kids. In others, consumer tastes changed. The metal stamping plant closed because people preferred plastic. Sometimes, it really was foreign competition.

The new deal demands hustle and self-reliance. One man we found, Fred Wilkerson, Sr., worked for the Fostoria glass factory for decades. He really loved making glass, from scratch in a hot furnace, and when the plant closed and he got laid off, he wanted to keep doing it. He and his son bought an industrial furnace, and now they make glass art in their barn. They sell online. Margins are thin. “It’s often seven days a week of hard work,” he says.

Capitalism, we learned in Moundsville, has many forms of creative destruction. We found a company that makes kitchen cabinets for customers all over Appalachia. Because it uses German robotic technology, it employs only a dozen people.

And more than anger, we found sadness. “I really think ‘we the people’ did this to ourselves, because we wanted everything cheaper,” said one old man, speaking of the decimation of Main Street businesses by big box stores. Of his neighbors who voted for Trump, Martinez says, “they’re grieving what they’ve lost, and I don’t hate them for it.”

Martinez was born in Lexington, Kentucky, to immigrants from Tamaulipas, Mexico. His family moved to Moundsville when he was seven to open the restaurant where he works. His mom was deported in 2006. He and his dad are staying in Moundsville, and he dreams of going to medical school. “If you put on paper the concerns of a white guy with different politics, and my concerns, we’d have a lot of common ground,” he says.

In almost every conversation, the mound came up. At a time of hard change, it uniquely marks America’s deep, deep past, and the fragility of empires, economies and cultures.

When thousands of prehistoric mounds were discovered by 19th century explorers between Mississippi and the East Coast, Americans invented myths to preserve their narrative of an unspoiled Eden. Lost tribes of Israel, people from the lost world of Atlantis, or, maybe, aliens built these mounds, they said.

Recent scholarship has established that the Adena, hunter-gatherers and occasional gardeners, built the mounds to bury tribal leaders. Inside the Grave Creek mound, erected by hand with three million baskets of earth, are two burial vaults and artifacts from as far away as Lake Michigan and the Gulf of Mexico, evidence of ancient continental commerce.

The mound site, which includes an excellent museum with a trove of prehistoric artifacts, is a reminder that in America, the 20th century is not the only lost world that will never return.

“I don’t really know what the future holds for a place like Moundsville,” said Eugene Saunders, a retired coal miner and the town’s only ever African-American mayor. He grew up in the racist 1950s, when some of his neighbors in a segregated neighborhood in Moundsville were Cherokees born in the 19th century. “Maybe it’s gas, maybe it’s something else.”

Town fathers are excited about a “cracker plant” — a factory that turns natural gas into the raw material used to make plastic — that a Thai firm has discussed building across the river. That would mean thousands of new jobs, says deputy mayor Phil Remke. “I’m trying to get a second and third hotel built,” says Remke. Plans for the cracker plant have not yet been finalized. There are no other big investments in the works.

Saunders, the former mayor, says he’s optimistic for the future of his town, but concedes, “it’s possible that one day, the only thing remaining will be the mound.”

This story was originally published by Buzzfeed News. 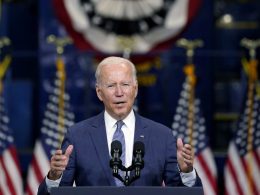 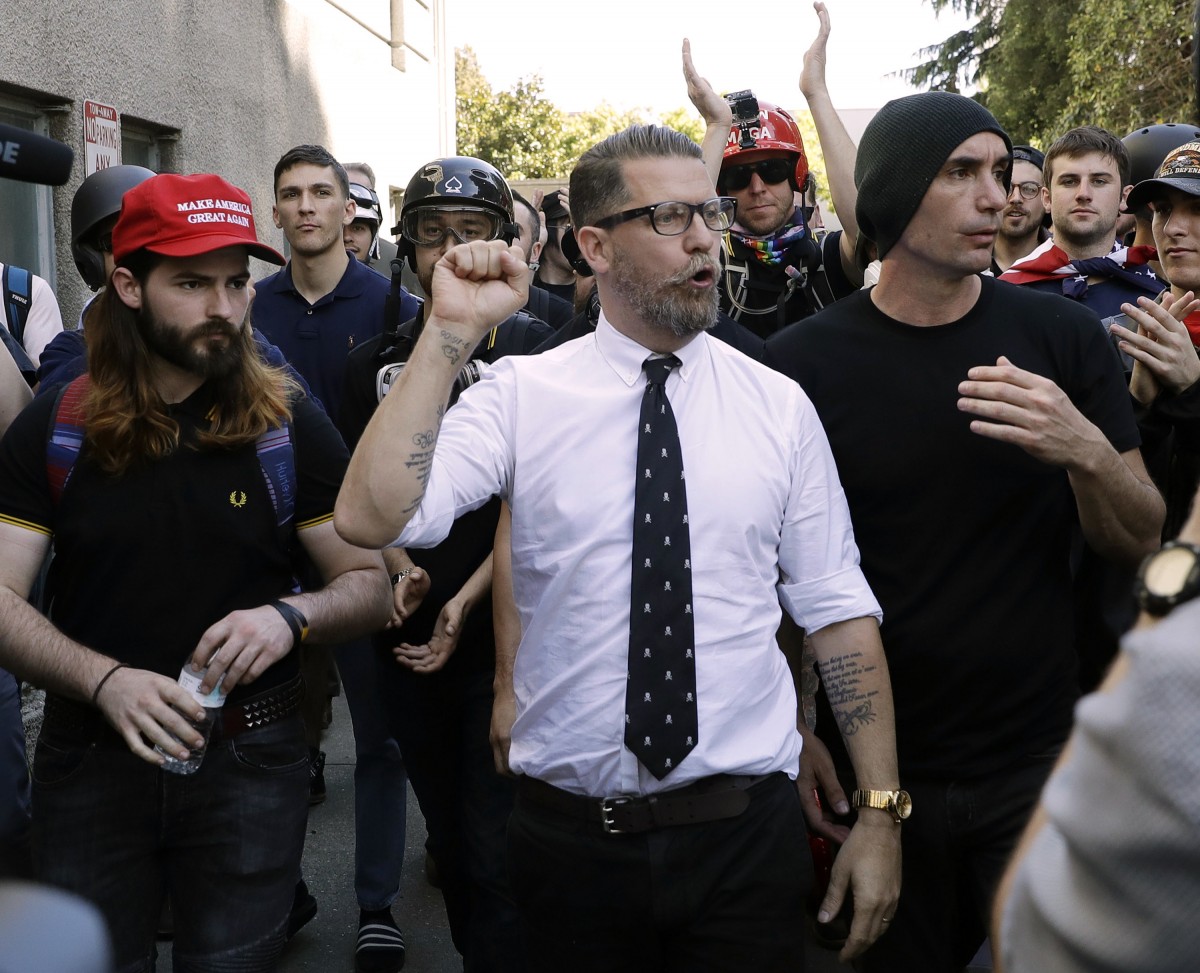