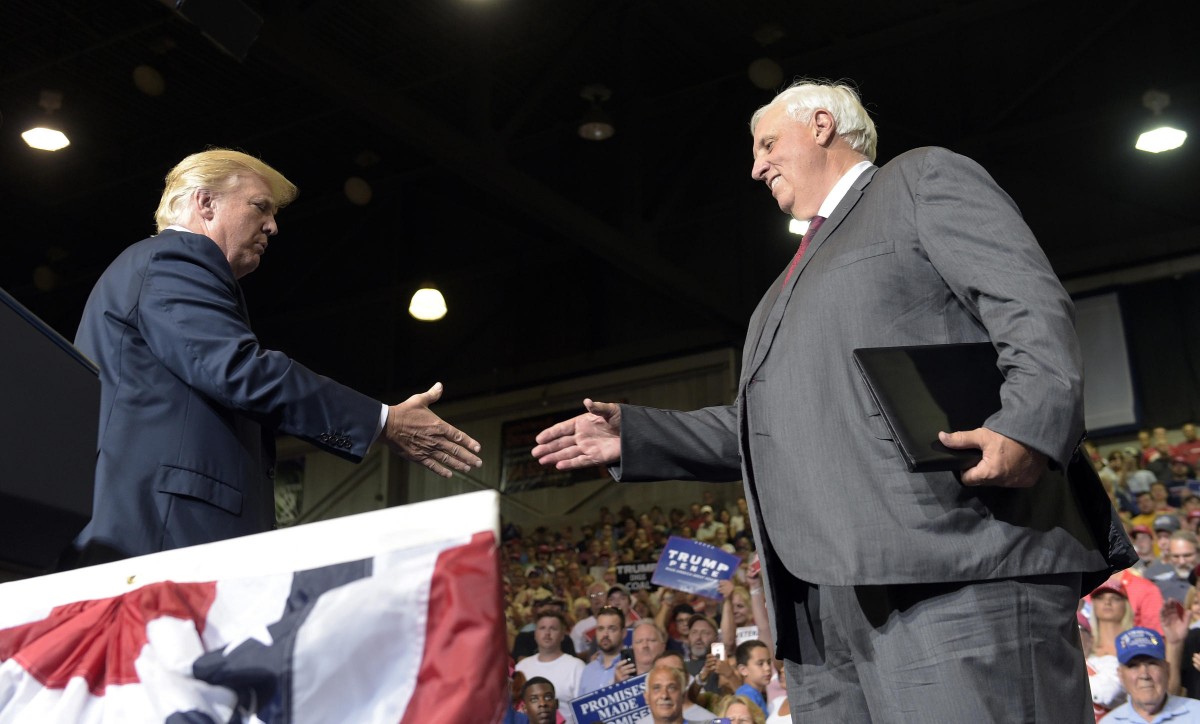 In October, 2016, NPR, Ohio Valley ReSource and its partners reported that West Virginia billionaire coal baron Jim Justice, who was running for governor as a Democrat, owned companies that owed roughly $15 million in overdue taxes and mine safety fines.

This week, Gov. Justice, who is now a Republican, made an announcement about those taxes.

“I think we can put to bed once and for all this tax issue that’s been looming around forever more,” Justice said at a Monday press conference. 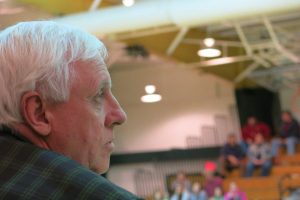 Justice said the companies, now operated by his son, have paid all tax obligations — in West Virginia, that is.

But in several other states where Justice companies operate, the companies still owe taxes and fines that total in the millions, forcing county officials in rural parts of Kentucky, Tennessee, and Virginia to take extraordinary measures to try to recover the debts or make up for the lost money in other ways.

“He has not paid anymore,” Knott County, Kentucky, Judge-Executive Zach Weinberg said. “I mean it’s ridiculous, it really is.”

This time Knott County took a new approach to recover its debts.

“We took him to court,” Weinberg said. “We got a summary judgement.”

The court put Kentucky Fuel’s property in Knott County in receivership for county officials to use to make good on lost revenue. So far, however, the county has not found a buyer. 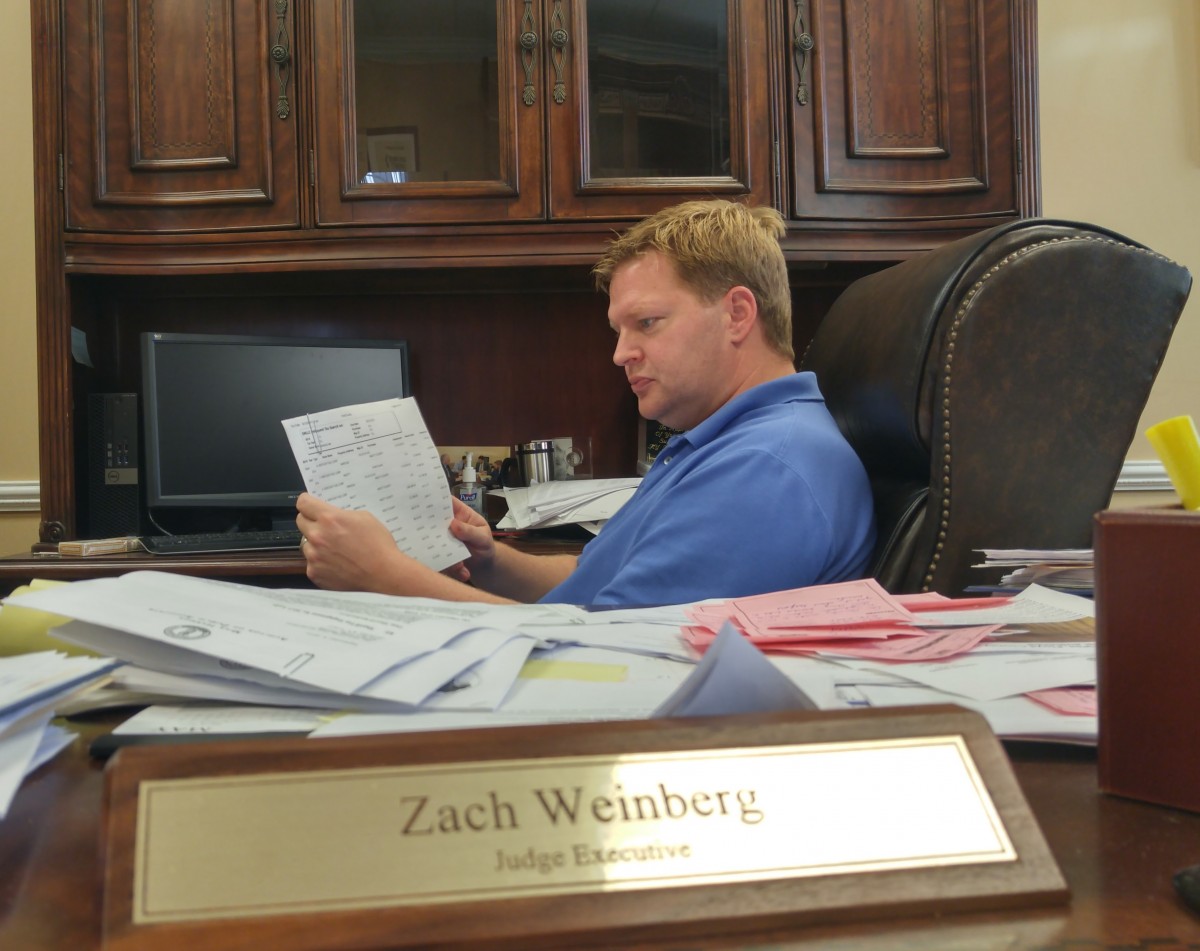 In Magoffin County, Kentucky, County Attorney Travis Joseph said he had set up a number of payment plans with Kentucky Fuel to address overdue taxes. However, he said, payments stopped in September, 2017.

“Playing hardball was the only option,” Larimer said.

Larimer worked with the county sheriff to seize equipment at the mine this spring. The sale of two massive Caterpillar trucks raised enough money to cover all but about $150,000 of the debt, he said.

“What’s really galling is they won’t stick to a payment plan,” Larimer said. He had worked with the Justice companies to allow long-term payments but to no avail.

In Knott County, Kentucky, Assistant County Attorney Randy Slone said that even when the county does manage to recover the tax debts, as they have had to do year after year, it can be a pyrrhic victory.

“Problem is, when I eventually collect that money, it’s late,” Slone said. “That hurts the school system and the county. Even though we have recovered past debts, it’s not the same as getting it on time.”

Gov. Justice has frequently defended his family companies by pointing out that they could have filed for bankruptcy, as many coal companies did in the sharpest points of the industry’s downturn. By keeping the companies out of bankruptcy, he argued, states and counties at least have the option of future revenue. A Justice company recently announced it intends to restart an idled mine in eastern Kentucky. 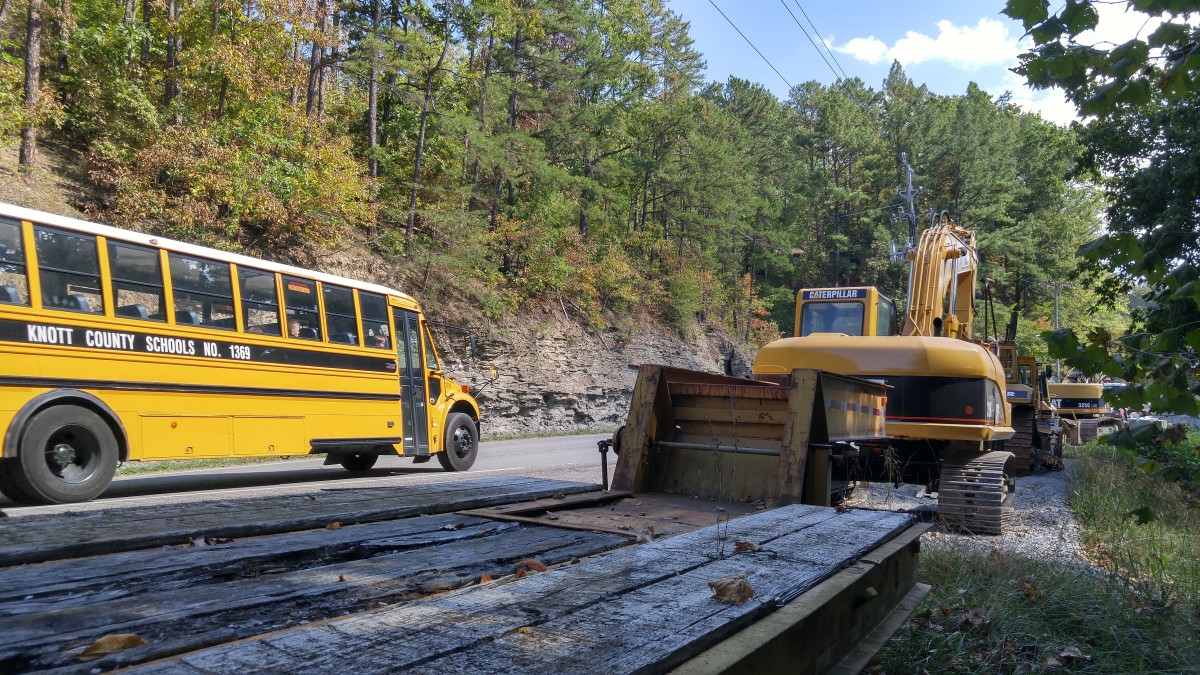 Most of the property taxes Jim Justice’s companies owe to Knott County would go toward funding the local school system. Photo: Benny Becker

Kentucky attorney Billy Shelton, who represents the Justice companies, said in an email that the companies are working with state officials in Kentucky and Virginia to resolve state debts, and will later do the same for outstanding county taxes.

“The Justice Companies are actively working with the KY Revenue Cabinet to resolve all KY state tax issues,” Shelton wrote.

But County Treasurer Larimer, in Tazewell County, is not optimistic. He said Justice companies’ nonpayment of taxes is “a pattern of behavior,” not a single event.

The 2018 tax bills will go out in a couple of months and he said he expects he’ll have to hound Justice companies for payment yet again.

The amounts owed can create huge holes in budgets for small rural counties.

“It’s a significant amount to our county,” Larimer said. In order to make up the missing revenue, which the county’s schools, public safety, landfill and other services depend upon, officials would need to increase real estate taxes on other land owners.

In Knott County, Kentucky, Judge-Executive Weinberg said he was looking at a deficit this spring due to a combination of delinquent taxes and state changes in mineral tax valuation. He was also facing an election in May, and a tough decision.

“Well, I passed an insurance premium tax. I just ran and got beat,” Weinberg said with a rueful chuckle. “Nobody likes taxes. But we didn’t have a choice.”

This story was originally published by the Ohio Valley ReSource. ReSource reporter Alexandra Kanik contributed to this story.