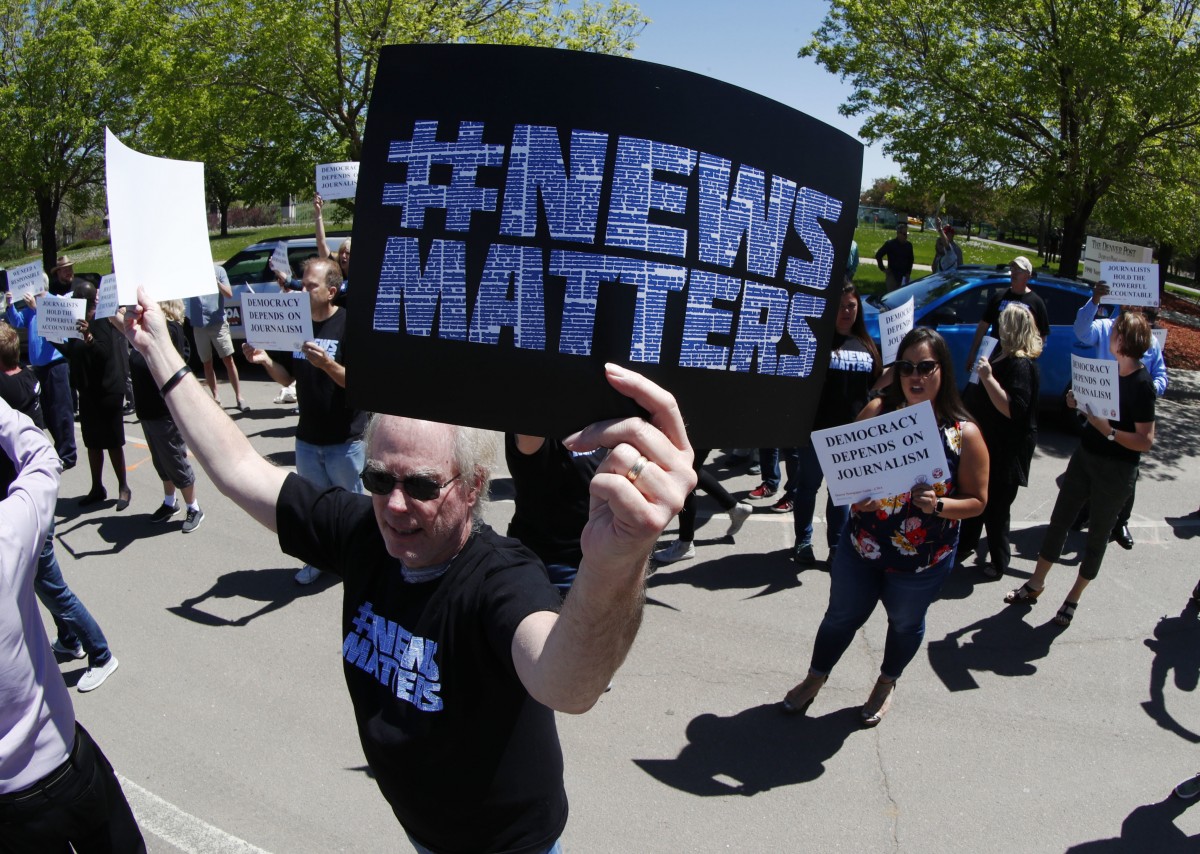 Paul Glastris, editor of the Washington Monthly, a small but influential left-leaning political publication, wrote a piece this summer provocatively headlined, “Did the Fall of Local News Bring Us Authoritarianism in Washington?”

His thesis: “We still don’t know for sure that losing access to objective local news made people more likely to support Trump than they would have been otherwise. But it sure seems likelier than not. Local news outlets tend to be highly trusted. When they disappear, partisan national media like Fox News and social networks like Facebook fill the void. Without trusted local news to provide a check, voters are more likely to accept the lies and propaganda coming out of these other sources.”

Unfortunately, by making a demonstrably untrue assertion — Washington is, in fact, not in the grips of authoritarianism — Glastris’s otherwise-compelling piece removes the spotlight from the real issue, the fall of local news.

In Washington, one party controls the White House and both houses of Congress, an advantage each party has enjoyed over the years. This president, bilious by nature, takes advantage of social media in a way his predecessors have not. He has expressed admiration of authoritarian leaders, such as Chinese President Xi, Philippines President Duterte, Russian President Putin and Turkish President Erdogan. But he has not censored media, like Xi; he has not authorized killing squads, like Duterte; he has not annexed sovereign foreign soil, like Putin; and he has not amended the constitution, like Erdogan. At least not yet.

The fall of local news cannot so easily be refuted, however, and its impact is dangerous and spreading.

Local news is in decline because its business model is less and less sustainable. Local papers once thrived because they were the only real home, other than direct mail, for lucrative local department store and car lot ads, for instance. When local department stores were replaced by big box stores that had national ad platforms, and when car lots could more efficiently sell autos on the internet, local papers suffered.

Same with local TV and radio news stations, as local ad review dwindled. To cut costs, radio and TV stations let local talent go and replaced them with remotely generated content that could be leveraged across a big media chain’s many stations.

This is a problem, not because it makes local news consumers more willing to accept a strongman president and his cable TV support arm, but because, to paraphrase the motto of more than one local paper, your local paper is the only paper that cares about your town. 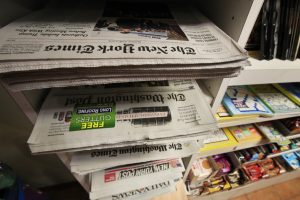 At its best, local news never existed to provide a check on national events and media organizations; it existed to cover local news. It’s wrong to say local papers employed reporters and fact-checkers to verify or refute the news coming out of Washington and the coverage of Washington by the major media outlets. To the most extent local papers carried national and international news, it largely amounted to stories from wire services and major media outlets. Only papers in the biggest regional cities — Chicago, St. Louis, Miami and so on — could or would afford Washington reporters. And their main charge was to cover Washington news that pertained to their local readers, such as farm bills in Congress. They did not truth-squad the president, either. When reporters sent to Washington began to stray from their mission of covering Washington for their local papers and instead began fancying themselves national correspondents, good editors set them back on track or yanked them home.

Instead, local papers and, to a lesser extent, TV and radio stations, employed reporters to sit for hours in city council and school board hearings, to pester the mayor as he was leaving his office, to dive into pages-long state budget documents and tax bills, to write about grand openings and bankruptcies, to investigate slumlords and crooked factory operators, to sympathetically take obits over the phone, to sit through high school swim meets and to write features about locals doing something worthwhile that nobody outside the community should or would care about.

You know those classified ads in the back of the paper with the teeny-tiny type written in deliberately obscure language that you can’t understand even if you can make it out? Those are government public hearing notices, required by law to be published in newspapers. At these hearings, decisions will be made that could force your kid to attend a different high school, build a freeway or landfill next to your house or put a new tax on water you wouldn’t notice until the first bill came. It was and is the job of local reporters to read that tiny type, understand what it means, question local authorities about it, then write stories or produce segments about it in language you can understand so you can tell your local authorities, no, you don’t want a freeway next to your house and you will vote them out of office if they proceed.

Without robust local news, we are at risk of a kind of authoritarianism not in Washington but in our local communities. Local elected officials that are no longer held accountable for their actions by a disinterested party — local media — are able to communicate their propaganda directly to the electorate via social media. If the fall of local news leads to any kind of authoritarianism, it will be in the mayor’s office, not the White House.

Frank Ahrens, a West Virginia native and WVU graduate, is a public relations executive in Washington D.C. He was a Washington Post journalist for 18 years and is the author of “Seoul Man: A Memoir of Cars, Culture, Crisis, and Unexpected Hilarity Inside a Korean Corporate Titan.” Contact him at www.frankahrens.com