The idea was to do something unexpected.

If I was serious about reimagining the relationship between newsrooms and community members, then I knew I needed to think differently about where and how that relationship happens.

When I first started talking with my friends at 100 Days in Appalachia about staging community engagement experiments, in the fall of 2017, we fell into talking about some of the usual efforts: town hall debates, coffee shop conversations, pop-ups at farmers markets.

But we knew that these locations had shown limited success in bringing to the table new and diverse audiences. Town hall events had a tendency to degenerate into point/counter-point yelling matches. And organized social gatherings were more often than not attended primarily by those people already in a news organization’s email or social media audience.

In order to meet new people, we need to go where people don’t already know us. The anti-Cheers: Sometimes you wanna go where nobody knows your name. And they’re not always glad you came.

This is how I ended up in a Little League ballfield parking lot in Rostraver Township in southwestern Pennsylvania on a Wednesday night in June.

At around the same time, I was planning some kind of engagement experiment for rural communities, I learned about Small Town, Pennsylvania, an effort by the independent newsroom PublicSource to examining the challenges and opportunities of living and working in the small towns of southwestern Pennsylvania.

Like me, they were interested in new and creative ways to make new friends in new places. And so we teamed up for a series of engagement events in Rostraver Township, a rural community in Westmoreland County about an hour south of Pittsburgh.

Little League games are a regular part of life in many rural communities, and so too in Rostraver. With the cooperation of the Rostraver Youth Baseball Association, we set up a small meet ‘n greet station on a Wednesday and Thursday evening at the local ballfields.

Nothing fancy. A little table, a couple of folding chairs, some signage explaining who we were and why we were there. And a cart full of ice-cream sandwiches, to grease the wheels a little.

We deliberately didn’t come with an agenda or hard-ask to mine personal stories or conduct typical polling on specific issues. These were people we were only just meeting for the first time and we wanted to ease our way into genuine and long-lasting relationships.

PublicSource had the brilliant idea that we break down the typical interviewer/interviewee dynamic by having both us (the reporter) and them (the community member) ask and answer questions.

We put together two sets of questions, and put them in two bowls on the table. In one bowl were the “ice-breakers” (What was your first job? If you were to have a dinner with any celebrity, who would it be? Do you still know your first boyfriend or girlfriend?) The other bowl contained questions that went a little deeper (What are the biggest changes you’ve noticed in your community in recent times? Do you hope your children will stay in this area when they grow up?)

We wanted to talk with the parents, while their kids played. When someone would wander over, drawn to us by the signage and the free ice-cream, they’d sit on one side of the low table and one of us would sit on the other.

Then, we’d take turns asking questions — three from the “icebreaker” bowl and three from the “slightly deeper” bowl. The goal wasn’t to capture immediately valuable story leads and quotes, but just to open the door to a relationship with local people that would bear fruit in the future. (When the questions were finished we asked them if they wanted to stay in touch with us by leaving their email address. Most did.)

And we wanted at least a few of the folks that met us to walk away with a changed perception of journalists. By putting aside a specific reporting agenda and focusing on fun, casual engagement and trust-building, we wanted to take a few small steps toward breaking down any preconceptions about who journalists really are and what they want.

We knew this was a slightly unusual experiment, and we were more than willing to fail a little if it produced some eye-opening lessons. Here are a few things we learned.

It took a little while for curious locals to digest who we were and why we were there. By the time we’d broken down that initial layer of hesitance, our project was over.

We tested the concept over two evenings. To really reap rewards, we’d need to return once or twice a week all summer. By then, the parents milling around would have become comfortable with our presence and would treat us like a natural part of the gathering.

One of the problems with traditional engagement efforts is that you often end up engaging just those folks with the loudest opinions, or those that are confident and gregarious. But engagement is also about building an audience and so we thought it was important to find a way to build a connection to all the other people, too.

People really seemed to appreciate the casual nature of the questioning (and the ice-cream) and that we didn’t force them to take a stand on divisive political or social issues. It helped us meet people who otherwise would not have engaged with us or responded to typical reporting prompts.

Cold-calling Little League organizers in rural Pennsylvania and trying to explain who I was, what 100 Days in Appalachia was and what we were trying to do was a hard sell. I didn’t know anyone in this community, and they didn’t know me.

It took three months, and lots of explaining, just to get my foot in the door and find a Little League organization that was happy for us to come.

The main expenses were the ice-cream + ice-cream cart ($280) and some signage ($30). For a local newsroom doing this regularly, a cooler full of ice and popsicles (about $7) would work just fine.

If I was running that local newsroom, I’d just ask a couple of reporters to come in a few hours later on a Thursday or Friday morning, and have them perch up at the games for a couple hours in the evening. Make it a regular thing. It’d be an easy and inexpensive way for reporters to put themselves out there and engage with an audience of folks they might not meet at local city council meetings or town hall debates.

Youth baseball has a few age brackets. On the first night, we had the little ‘uns — 6, 7 and 8 — the parents of which stuck around to watch the action and cheer like superfans, and some of them talked to us.

The next night was the older kids — 13, 14, 15. At this age, 99 percent of the parents just dropped their kids off in the parking lot and drove away. Probably a good time for them to do the grocery shopping. The few parents that remained were coaching or working in the concession stand. As a result, there were very few parents around for us to talk to.

Now that we have a few email addresses and have made contacts in that community we didn’t have before, it’s up to us to make them stick. Our next few emails to them need to make good on our promise to listen to what they have to tell us about their community, and not just be your typical “here’s our news feed.”

The ice-cream and the chat was just one way of getting our foot in the door. Now we need to follow up in a way that grows the relationship. The hope is that, over the next few months, our new friends become regular readers and valuable sources. And that with our reporting we can demonstrate our value to them. 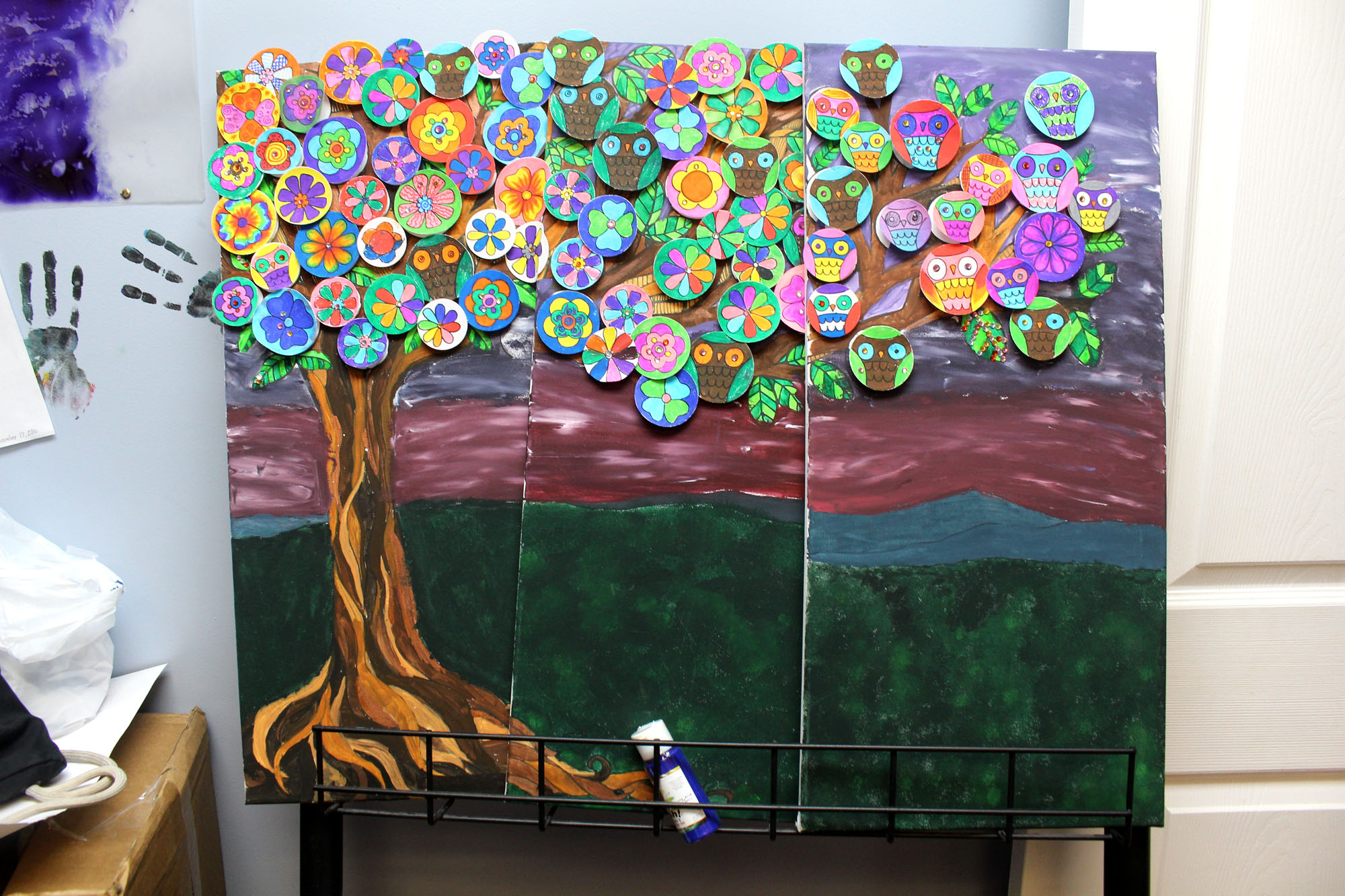 The Sapling Center provides services and support for young people experiencing crises. The demand for the service has…
byRose Farah