Seventy-five-year-old farmer Curtis Johnson doesn’t object to pipelines, but does take issue with some of their construction practices.

Johnson sold easements to the nearly completed 713-mile Rover Pipeline, which originates in the Ohio Valley and is designed to transport 3.25 billion cubic feet of natural gas to Michigan and Canada.

In May, he submitted a letter to the Federal Energy Regulatory Commission (FERC), the federal agency in charge of approving interstate natural gas pipelines. In his comments he described problems he encountered during pipeline construction where good topsoil got mixed up with sub-soils like clay on his Ohio farm.

“I do not think the pipeline should be given certificates to proceed without all the land owners knowing and agreeing to what is going to happen with the installation process,” he said in his letter.

For Johnson, his farm, which was settled by his great-great-grandfather and has remained in the family since, is a major part of his identity. He invited FERC to come to his farm and meet with farmers.

Johnson is one of more than 600 people and organizations that have submitted comments to FERC since April when the agency began asking for input on its policies related to natural gas pipeline approvals.

A Call for Input

In a 58-page notice, FERC asked for suggestions on how to determine if a pipeline is needed, how to consider the use of eminent domain, how to evaluate environmental issues, and advice on “specific changes” to improve “efficiency and effectiveness.”

Now, federal regulators are in the final days of taking comment on policiesevaluating and approving new natural gas pipelines. FERC will collect public input through July 25.

In a review of comments so far, a few key themes have emerged. Industry supporters tend to suggest few policy changes, but urged FERC to speed up new pipeline approvals. Some commenters called for FERC to take a more programmatic approach, including looking at both environmental impacts and end-use public need for new pipeline projects across a region.

More than 400 of the responses were generated by individual members of industry-sponsored Texans for Natural Gas.  “I support a fair and robust permitting process, not a bureaucratic mess that prevents critical infrastructure from being built,” each wrote by way of a form letter.

Another comment was a handwritten note from a Nevada man asking for that climate change to be taken is taken into account when considering new pipelines.

The Appalachian Trail Conservancy, which represents the 30 clubs that take care of the Appalachian National Scenic Trail, took notice of the pipeline expansion.

Laura Belleville, the organization’s vice president of conservation and trail programs said at one point staff members at her organization were reviewing upwards of 10 different pipeline proposals that planned to cross the Appalachian Trail.

The increase in pipeline proposals caused the staff to question how many of these pipelines were really needed to sustain the energy resources in demand.

Currently FERC determines and justifies the “public need” only by determining if companies are willing to sign up to use the pipeline. These pledges, called ‘precedent agreements,’ can essentially be from the pipeline company itself in the form of affiliate companies.

The agency’s current process for determining “public need” also does not factor in where the gas might be going — whether it’s heating homes in the U.S. or fueling a factory in China.

“Should the United States be sacrificing its own public land and in some cases private lands for energy needs overseas?” Belleville wondered. “That’s a much bigger picture question that I think the American public has the right to to weigh in on.”.

It’s not just the number of pipelines that concern Belleville, it’s the size too. New pipelines can be 42 inches in diameter (big enough to fit a refrigerator inside). Belleville worries about this large pipe safely traversing steep Appalachian slopes.

Comments from industry perspectives generally call for FERC’s policies to stay the same, but move faster.

Ruby said the ACP was able to navigate the multi-layered federal permitting process, but he thinks more interagency coordination could speed up the process.

“There are aspects of the process that could be done in a more reasonable timeframe,” Ruby said. “I think a lot of that has to do with interagency coordination. This may not even be an issue that the FERC is able to resolve in the policy statement.”

“It’s more an issue where you have more than a dozen state and federal agencies and if one of those agencies is not making decisions in a reasonable timeframe,” he added, “you get into a situation where you’ve got essentially regulatory inertia that’s not in anyone’s interest.”

Glenn Koch, vice president of engineering and construction at Williams Companies, Inc., an Oklahoma-based energy infrastructure company, would take it a step further.

“In a highly charged political environment states are in a position to essentially decide from a political perspective not to allow pipeline because they have control over one of the  permits associated with that project,” Koch asserted at a recent Pittsburgh petrochemical conference.

Williams has seen construction on its 125-mile Constitution Pipeline stopped because it failed to get a key water permit from the state of New York. The company is appealing the decision, and so far has had little success.

In West Virginia, Robert Mark Jarrell’s Pence Springs property is being taken by Mountain Valley Pipeline through eminent domain. MVP, a 303-mile line stretching from northern West Virginia to southern Virginia, received its certificate from FERC in October of 2017 and is currently in construction phases. Jarrell is among thousands who’ve been sued in eminent domain condemnation suits in past several years.

In his letter to FERC Jarrell advises, the agency “should wield their power of eminent domain as seriously as a judge in a death penalty case.”

He said he and his neighbors have deep ties to their land, dating back to the Revolutionary War.

“I myself have at least seven ancestors who fought the Revolutionary War within 25 miles of my property. And I know they would be rolling over in their graves to think the government they helped establish had such little regard for private property rights,” he wrote. “Eminent domain for private gain is wrong.”

Mixed in with broader policy questions FERC also asked for specific examples how to improve the pipeline approval process.

The retired history professor, she said the FERC system “was so hard to use.”

“For most people this is just a barricade,” she said. “ It’s really, really, really hard to go in and find out what someone wants to do in your backyard.”

“People can’t persuasively go into hearings or write letters and just wave their arms in the air,” she said rattling off hard-to-find examples of environmental impacts from toxins on harbor floor, whale migration pattern disruptions, and methane gas releases.

“If you can’t find those details how are you going to make your arguments?”

Ryan Emanuel, a member of the Lumbee Tribe in North Carolina, offered comment about how the agency needs to collect better data in order to adequately analyze the impacts pipelines may have for environmental justice. He’s written articles on the subject.

“Something like 93 percent of all federal environmental impact statements find no environmental justice concerns,” the college professor said in an interview. “So, that tells me one of two things – either project proponents are really good at designing projects that don’t impact vulnerable communities or we’re all using tests and analyses that give false negatives.”

Similarly, some commenters suggested the agency do more outreach in the communities affected by proposed natural gas pipelines.

North Carolina activist Belinda Joyner went door-to-door in her home of Northampton County to tell people about Atlantic Coast Pipelines plans. She said the agency should develop a citizens advisory board.

“Listen, and even sometime you have to come out from those offices and just look for yourself to see what’s going on,” she said in an interview.

ACP’s Ruby said in any regulatory process it is impossible to satisfy everyone, but he said it’s important that process remain divorced from desired outcomes, of which there are many.

Many commenters called on FERC to hold public meetings on the policy change. There are none scheduled. Many are also skeptical there will be any policy shifts.

For Jarrell who is still fighting to keep his land, it’s important to keep trying.

“If you don’t try you are never going to effect any change,” he said.

You can read comments of people mentioned in this story.

To comment to FERC by mail: (Be sure to reference docket PL18, FERC’s Notice of Inquiry)

Secretary of the Commission,

Nancy Andrews is a Pittsburgh based journalist and 2018 Alicia Patterson Foundation Fellow studying natural gas pipelines in Appalachia. Follow her on Twitter@NancyAndrews or @NancyAndrews on Instagram. 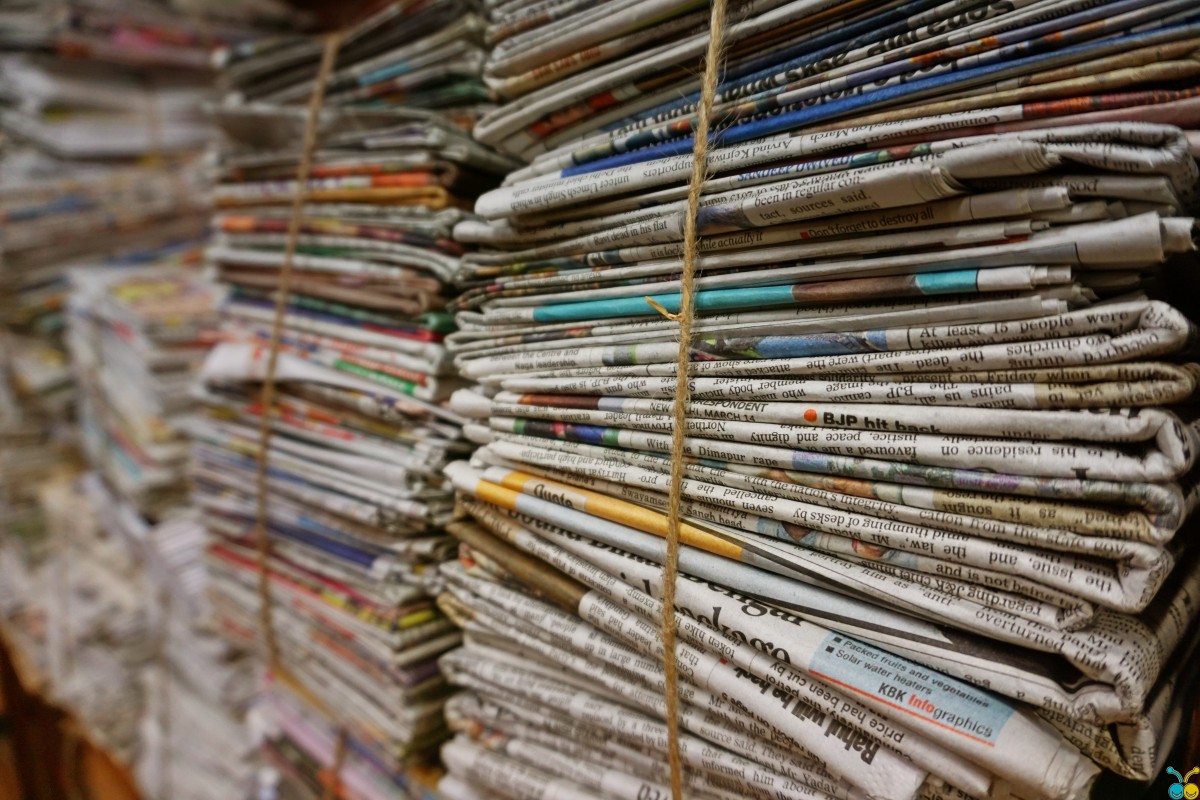 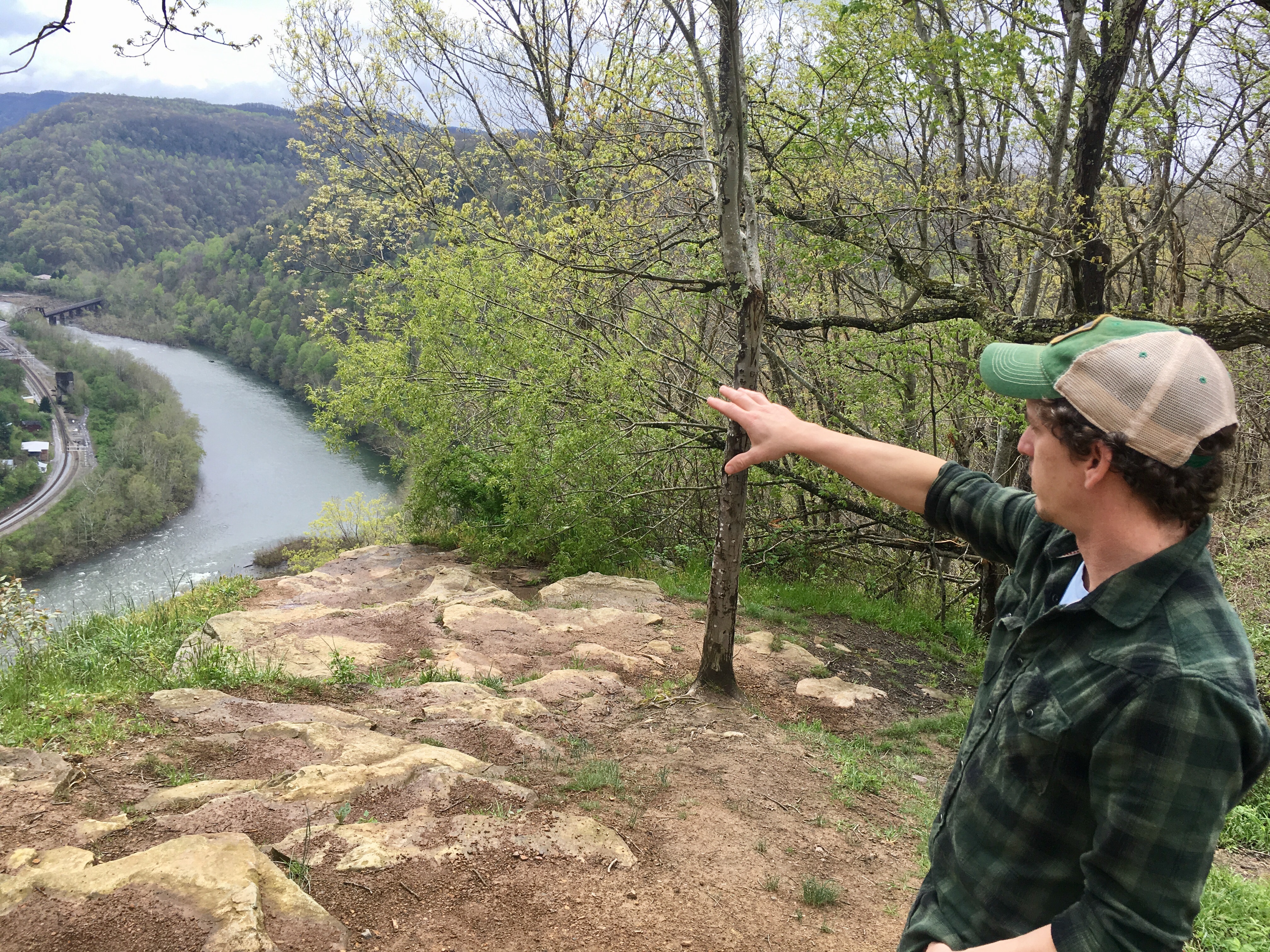